The Chyulu Hills are a mountain range in Makueni County, Kenya, in the south-eastern part of the country. It produces a volcanic area that stretches over 100 kilometers with the highest peak standing at 2188 meters above sea level.

The park’s main gate is at Kibwezi, Kenya’s Makueni county.

The Chyulu Hills National Park is an extension of the more renowned Tsavo West National Park. The green Chyulus mountain range is one of the world’s newest mountain ranges, having originated barely 500 years ago. The volcanic scenery is beautiful, but livestock invasion and poaching are big issues. There isn’t a lot of fauna in the area. A visit to the Upper Leviathan Cave, which is one of the world’s longest caverns at 11.5 kilometers, is a great excursion.

There is no lodging within the park, but two extremely exclusive lodges in Maasai concessions on the slopes of the Chyulu Hills provide a complete choice of activities.

The Chyulu Hills are located about 150 km east of the Kenya Rift. The hills consist of several hundred small flows and cones. Volcanism in the region began around 1.4 million years ago in the northern portions of the hills, and it spread to the southeast through time. Since their last two eruptions (Shaitani and Chainu) in 1856, these volcanoes are still considered active.

Wildlife numbers are low, and animals are wary of humans due to widespread poaching. Eland, klipspringer, giraffe, zebra, baboon, and Sykes’ monkey are among of the creatures you could observe. Elephant, buffalo, lion, and leopard are among the large animals that occasionally travel through from Tsavo West.

You could notice some of their footprints, but their owner is unlikely to be seen.

The volcanic mountains include a unique blend of volcanic ash cones and desolate lava flows. The mountains’ volcanic origins are further evidenced by large black rocks. The lava flows are poorly vegetated, however, there are 37 orchid species on the top slopes. A catacomb of mainly unknown caves lies deep under the hills.

The Chyulu Hills are open all year, although animal viewing is greatest from June to October and January to February when the weather is dry. It may be difficult to visit during the height of the short rains (November), and especially during the long rains (April and May).

Even in the dry season, the roads are in poor condition, and it gets considerably worse after rain. Throughout the year, a reliable 4×4 is essential. 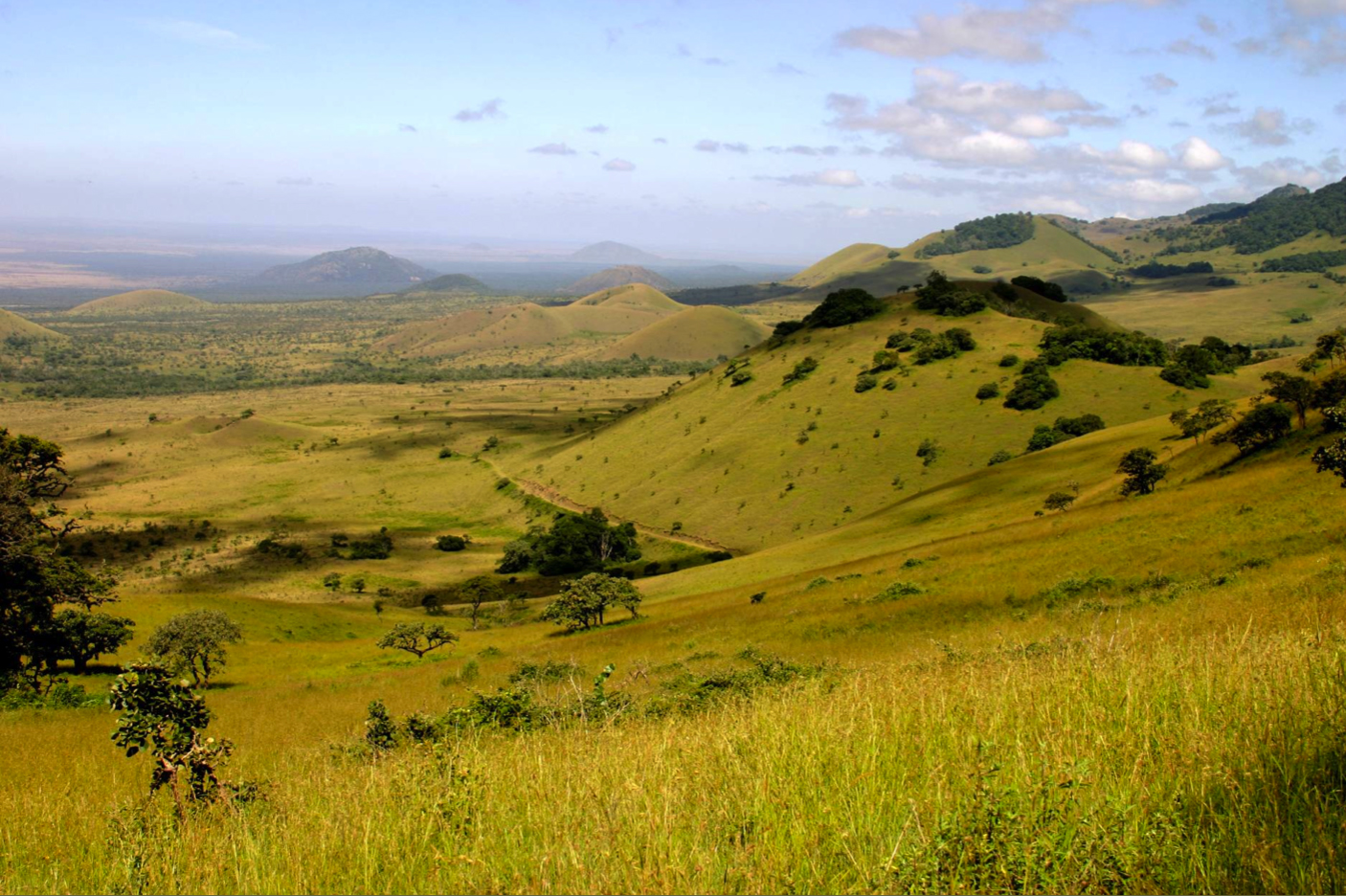