We can assist you in obtaining the necessary training and determining the best month for your climb. We’ve also been tracking the weather on Kilimanjaro month by month for over a decade and have identified the six best months to climb the mountain. Check out our top 50 Kilimanjaro climbing tips. READ MORE ABOUT OUR MOUNTAIN SERVICES. Please e-mail or call us so that we may assist you in developing a training plan for your Kilimanjaro climb. We’re also collaborating with Kilimanjaro’s Best Guide.

What are the Best Months for Climbing Kilimanjaro

Let’s take a month-by-month overview of climbing Kilimanjaro. From the first month of the year which is January to the last month on the calendar which is December, we give you a bit of in-depth advice on what to expect in each of these months while climbing the mountain. 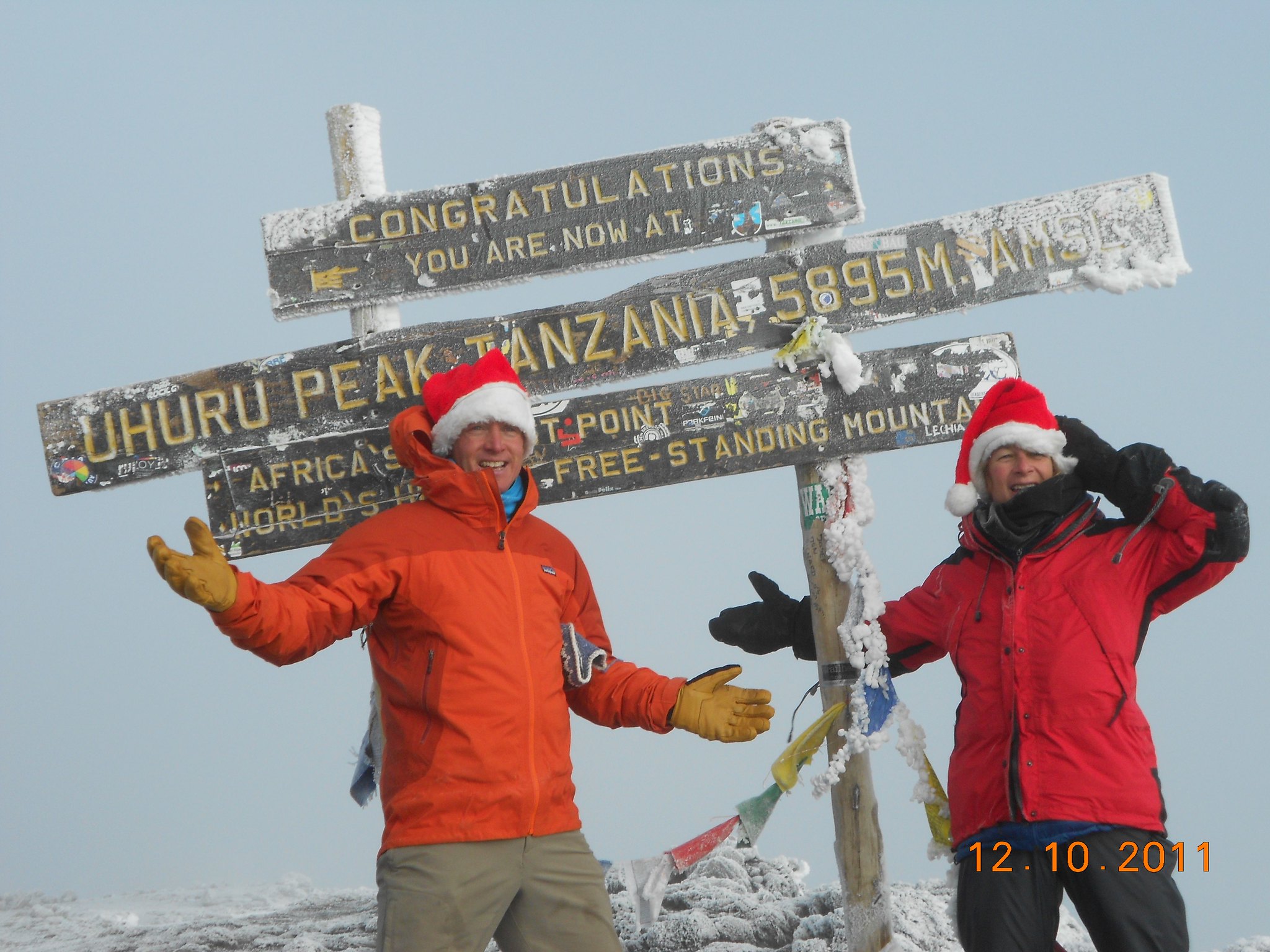 Which month do you want to climb Mount Kilimanjaro?

Even though there are some months between the year that are best for climbing Kilimanjaro, the mountain can be climbed throughout the year. Just let us know when you would like to climb Mount Kilimanjaro and we will offer the best advice and propose the best route for each season.

Is climbing Kilimanjaro in February the best time? This is without a doubt one of the greatest months to climb Kilimanjaro. You have till the end of the month to ascend. On Kilimanjaro, February is warmer, with fewer clouds and better weather than the other months. Warm weather brings dusty dry camps and trails, so be prepared for this as it is essential. If the winds pick up, you’ll have dust on your clothes and potentially in your lungs. In warmer weather, I recommend bringing a standard buff to wear during the day. We’ve seen groups caught in the tail end of a cyclone in February, as well as heavy winds on summit night, so be prepared.

Why isn’t March such a great time to climb Kilimanjaro? You shouldn’t take a gamble climbing Mount Kilimanjaro in March. Every day on the mountain, it may rain or snow. Kilimanjaro is obscured by clouds in March, and the peak may not be visible from the valley for the whole month. Climbing Mount Kilimanjaro in March may be more difficult due to slick rocks and damp gear that will be difficult to dry if the sun does not shine. Snow is a serious possibility further up above Barafu, at high camp 4,650m/ 15,255 ft. On the mountain, there will be a smaller crowd.

How about climbing in April with the rains? Only climb Kilimanjaro in April if you’re ready to withstand the mountain’s rainy weather. If the clouds clear, climbing Kilimanjaro in April may provide some spectacular vistas. With rain on the horizon every day, you risk not just thunder and lightning, but also getting wet and not drying out for the duration of your stay. April is in the heart of Kilimanjaro’s rainy season (March through May), and while it can rain on any given day of the year on Kilimanjaro, April may push you to your limits. In April, there will be fewer people ascending the mountain, but the views will be poor, the rock will be damp, and the scenery on and off the mountain will be uninteresting. Rongai route would be a great route to use on this rainy weather.

Is climbing in May any good? May has been drier than usual in recent years, yet it is generally one of the wettest months for climbing Kilimanjaro. We’ve had a mixed bag of experiences climbing Kilimanjaro in May, and for the past few years, we’ve opted not to send groups up the mountain in May. If you don’t mind the rain and prefer to climb with fewer people, this is the month for you.

How good can June be when climbing Kilimanjaro? The rainy season can occasionally extend into early June. Higher up on the mountain, over 5,000m/16,400 ft, June can be a bit cooler. If you want to climb Kilimanjaro in June, you may expect dryer weather and more people than in other months like February, August, and September. Depending on whatever route you choose up Kilimanjaro, it might be cold as early as your second night on the summit. Over the course of eight days, we propose the Lemosho route. Climbing in June provides spectacular views of the mountain, sunrises, and sunsets. Sunsets may be spectacular at Shira Camp 2, Barranco Camp, and Karanga Camp. We prefer climbing Kilimanjaro in June because there are fewer people than in July and August.

July is a great month to climb Kilimanjaro right? In July, more individuals will be climbing Kilimanjaro for a variety of reasons. People climb during this time since it fits in with their holiday plans. The month of July is ideal for climbing Kilimanjaro. Yes, because of the better circumstances, there will be more people on the mountain. Higher up, the temperature might be cooler, but this typically means better mountain vistas, less rain in the rainforest, and all-around superb mountain climbing conditions.

August too is a wonderful time to climb Kilimanjaro. Another wonderful month for climbing Kilimanjaro. Because we only ascend the Lemosho trail over the course of eight days, there will be fewer people at the trail’s beginning. On day 3, their day 2, when you link up with the Machame route, you will encounter more people. On the trails in August, it might be dry and dusty, so if the wind comes up, you’ll need to apply a light buff to keep the dust off your face. The weather is normally nice, and the mountain vistas aren’t obstructed by clouds. On the mountain, August is generally one of the warmest months. The Shira Plateau and Volcano are a little cooler on the western side of the mountain, but not enough to keep you from seeing them.

Kilimanjaro is also awesome in September! Another one of our favorite months for climbing Mount Kilimanjaro. Higher up, over 5,000m/17,000 ft, you should see wonderful weather. In September, there may be fewer or more people on the mountain, but if you choose a longer acclimatization schedule (8 days), you will likely miss the summit. Only 50-60% of climbers reach the top of Kilimanjaro each year, indicating that the summit success rate is quite low. September is one of the busier months for climbing Kilimanjaro, but the temperature is superb, the weather is drier, and the sights are spectacular.

Hello October! Climbing Kilimanjaro in October is also a fantastic idea. Higher up, it’s warmer. Toward the end of the month, there may be more cloud cover, keeping the sun off you but obstructing mountain vistas. Clear skies are more common in the morning; nevertheless, clouds might move in early in the day, obstructing views of the summit. Climbing is best in the first half of October. October is traditionally one of the best months to climb Kilimanjaro since the weather is relatively consistent.

November is a bit challenging because…With additional rain, climbing Kilimanjaro in November may be difficult. We avoid climbing Kilimanjaro in November since it might be a small wet season. In November, the mountain may be affected by less steady weather patterns. As a result, rain can be expected every day for a brief amount of time. Poor mountain vistas, less visibility, and more snow higher up all have the potential to detract from your vacation. If the weather is clear and snowy, the views from further up will rival any mountain panorama. However, keep in mind that snow might fall at any time on the peak over 5,000 meters/16,400 feet.

Kilimanjaro should not be underrated.

When it comes to climbing Kilimanjaro, there are a number of factors to consider other than the weather. Coming physically prepared for the climb and ensuring you have ample time and days on the mountain to give yourself a realistic chance of reaching the peak are two of the most crucial considerations. 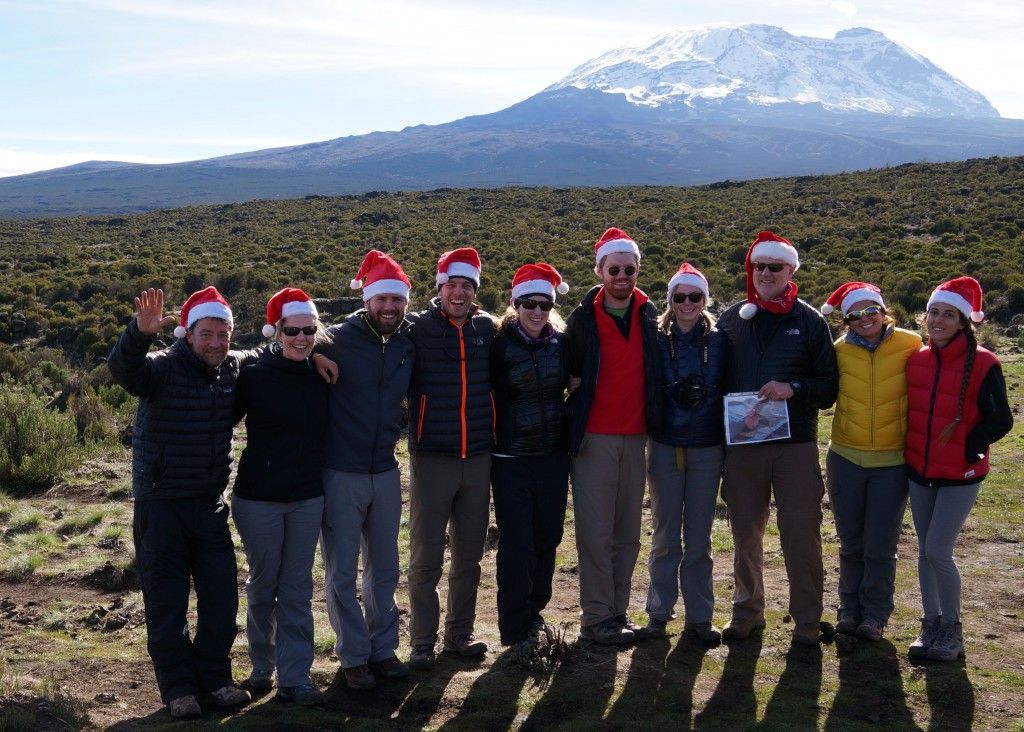 Create as much time as you can for climbing

Your mountain expedition will be made or broken depending on how much time you spend on Kilimanjaro. The longer time you spend on Kilimanjaro, the more it will cost you. If you want to enjoy your climb, be safer on the mountain, and have a higher chance of success, you should spend at least 8 days on the mountain. The Lemosho Route is highly recommended since it is the most picturesque, has less traffic of climbers, and provides a good emergency escape route. GET IN TOUCH with us to learn more about our services, training programs, and why our 8-day climbs up Kilimanjaro have a 95 percent success rate.