Kilimanjaro International Airport, popularly known as KIA, is located between the two cities of Moshi and Arusha in the northern circuit of Tanzania. Since Tanzania is a major tourism and leisure destination in the world, and among the top safari countries in the world, this airport plays an integral role in serving both regional and international flights with a rough estimate of handling about 800,000 passengers per year.

KIA connects many international tourists and residents to many destinations outside Tanzania and within the country including the islands on the Indian coast of Tanzania like Zanzibar. Apart from flights departing to major cities of the world, many visitors also go to lake Victoria and other national parks in Tanzania.

The Kilimanjaro International Airport, although small in size, can handle large airplanes among them, Boeing 747, Antonov 124, and Airbus planes.

Where is the Kilimanjaro International Airport located?

Kilimanjaro Airport, which lies southwest of the actual mountain, Kilimanjaro, is about halfway between Arusha and Moshi. Most hikers spend the night in Moshi before going on to climb the mountain because it is just a 45-minute drive from the airport which is only 42 km from Moshi and 50km from Arusha in Northern Tanzania. 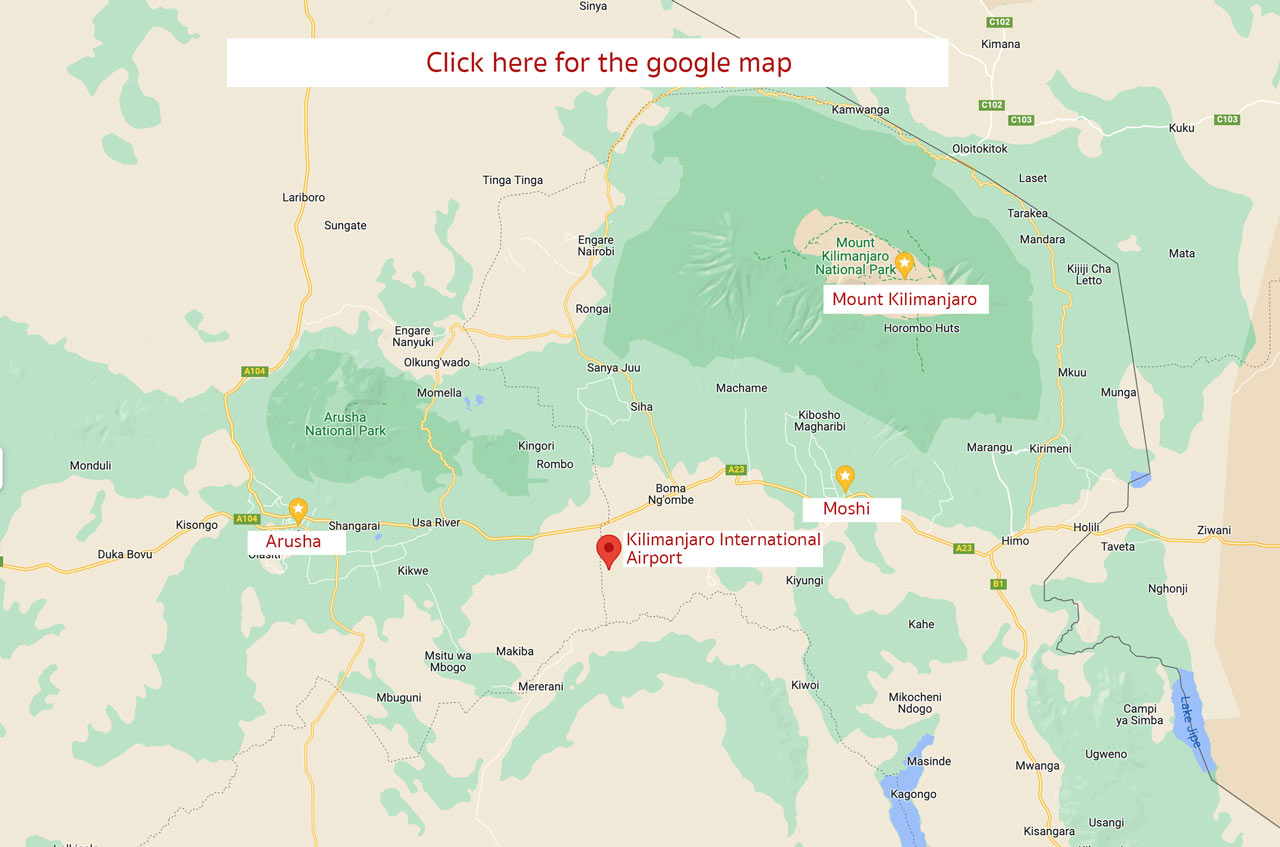 When your flight lands at Kilimanjaro Airport

You will be instructed to get your hand luggage when your aircraft lands at Kilimanjaro International Airport and to go down some steps to the runway’s asphalt.

While many flights land at the airport without stopping in Europe and North America, most airports in East Africa lack the infrastructure to allow passengers to depart through a ramp and land at the airport. You will depart the aircraft straight outside, a few hundred meters away from the airport building, using a stairway on wheels that will be linked to the exits. Ask the flight attendants if you need help bringing your hand luggage into the airport; they will be pleased to assist.

You will be taken to immigration together with the rest of the passengers on your aircraft, where multiple immigration agents are waiting to stamp your passport and provide a warm welcome to Tanzania.

Simply have the printed page available to show the officers if you have previously obtained your visa through the electronic service, and choose the “Visa Holder” line.

You may then pick up your checked luggage in the baggage claim area, which is just after immigration. Customs could ask to see your baggage once you have them all. Customs officials frequently just check for contraband or attempt to transport goods in large quantities for resale.

They will probably give you the benefit of the doubt and wave you through if you are carrying the usual gear for a mountain hike or safari.

You’re done now! To reach the arrival area, which is outside, keep going through the exit doors. Many cars are standing by to pick up recently arriving visitors in this area. Find your guide or driver from Tranquil Kilimanjaro, who will assist you with moving your bags to the roomy Alphard and transport you to the adjacent accommodation.

Since Moshi is only 40 minutes from the airport and the ideal option for visitors who arrive in Tanzania late at night or who want to rest up before beginning a safari or mountain climb the next day, many Tranquil Kilimanjaro clients decide to stay there.

Airport transfers are arranged by Tranquil Kilimanjaro for all kinds of guests, including those who aren’t participating in a mountain trek or safari with us. When compared to pricey taxis (which might not be large enough for you and your luggage! ), our luxurious Alphard minibusses with air conditioning and wi-fi can comfortably seat large parties of up to five or even seven people.

Contact us for a simple, punctual journey for you and your complete travel party, whether you are flying into JRO and want to start your vacation off well or you want a late-night transfer from your hotel to Kilimanjaro International Airport.

Distance of Kilimanjaro Airport from Arusha?

Kilimanjaro International Airport is located about 50 kilometers or 30 miles from Arusha town.

Distance of Kilimanjaro Airport from Moshi?

Kilimanjaro International Airport is situated about 42 kilometers or 26 miles from Moshi town.

How long does it take to drive Moshi from Kilimanjaro Airport

The amount of time it takes to get from the Kilimanjaro international airport is about 37 minutes to 1 hour but it varies on the amount of traffic, there is a smooth highway and delays are rare.

Tanzania is famous for popular attractions like Mount Kilimanjaro, and Kilimanjaro International Airport being the gateway and one of the main entry points to get into the country, a number of hotels have been set up near the airport.

Below are a few accommodation options near Kilimanjaro International Airport.

There are several accommodation options close to Kilimanjaro Airport, some of which are more akin to “motels” or 2-star accommodations, providing simply bed and breakfast with the understanding that customers will be departing on a flight the following day. Frequently, they are located close to a highway and provide neither a beautiful view nor many facilities.

Before their trip, guests may choose to stay in hotels in the cities of Moshi or Arusha, but they may be requested to pay additional transportation fees or take a private cab to the airport.

You can read more about the hotels near Kilimanjaro International Airport here.

You can find taxis at the Kilimanjaro International Airport packed right at the airport’s parking area. The roughly cost between $40-$50 from the airport to Arusha town/city or Moshi town. Airport transfer shuttle services can be arranged from Kilimanjaro International Airport to Arusha and Moshi or from Arusha or Moshi to the airport. For shuttle services, they have a guaranteed and fixed departure time. It is, however, important to note that it is cheaper to use the shuttle than hiring a cab/taxi. Almost 10 times cheaper. 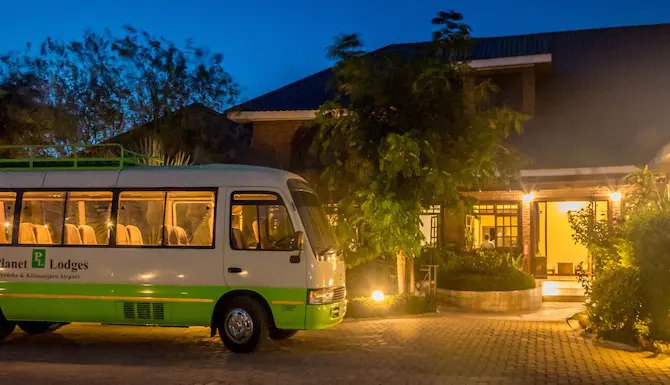 Kilimanjaro International Airport, measuring approximately  110sq.km,  was officially declared open for use in December 1971 and it was immediately termed as “The Gateway to Africa’s Wildlife Heritage”

In the year 1998, the airport became the first international airport in the whole continent of Africa to be privatized and is currently operated by the government of Tanzania’s, fully owned company known as the Kilimanjaro Airports Development Company (KADCO). 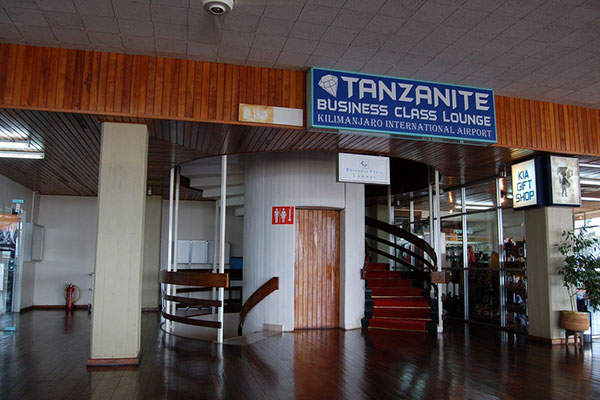 The airport terminal facilities at Kilimanjaro International Airport serve the purpose of saving precious time for the passengers and travellers moving from arrival halls and departure lounges to parking areas of KIA.

Among a few facilities in the building include check-in areas located in the large hall with well-marked check-in desks. The departure halls on the other hand house restaurants, coffee shops, a bar, and a variety of gift shops that also sell souvenirs. Passengers are assigned modern personal assistants with the added help of a flight information display system.

The airport also features special waiting lounges, that feature VIP and business-class lounges. The VIP lounge has comfortable seats and other passenger services such as (WIFI) wireless internet access and travel document handling.

The terminal facilities also have baggage reclaim system with two conveyor belt systems in the vicinity of 200m (656.168 ft) from the apron, with the aim of reducing baggage waiting times. 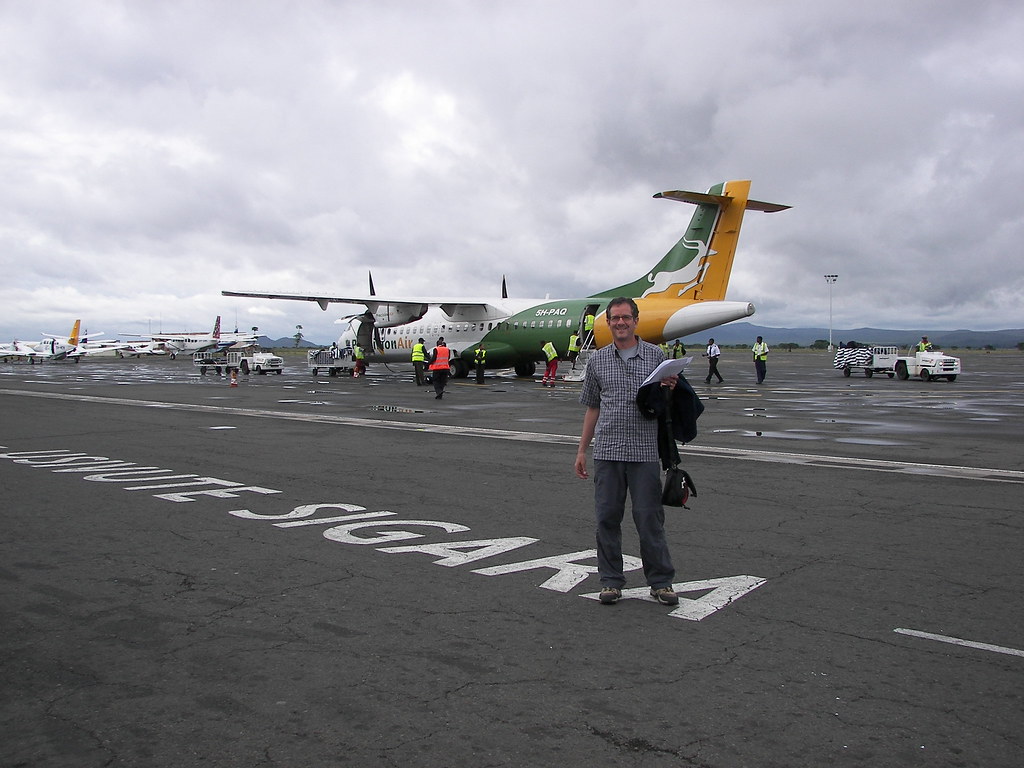 The airport facilitates a single, tarmacked runway, known as Runway 09/27, measuring 3,600m (11811.02 feet) long and 45m (147.638 feet) wide. The runway itself has the capacity of handling big commercial aircraft such as the Boeing 747-400 series and Antonov 124, fully equipped with Cat II ILS landing system, which helps in landing even in bad weather. 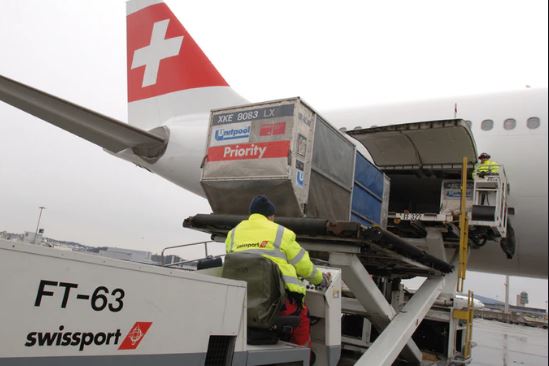 Ramp services are also provided by Swissport, Tanzania, among them include aircraft loading and off-loading, baggage sorting and delivery, aircraft ground power supply, and air conditioning.

It is Swissport’s job to handle cargo services such as cargo acceptance and documentation, warehousing, cargo delivery, and cold room storage.

Other services offered by the Tanzanian branch of Swissport include load control and flight operations, executive aviation and logistics, aviation security, station management and representation, clearing, and forwarding.

It may seem like Swissport does just about everything at the Kilimanjaro International Airport but the full logistical support to commercial and private jests is handled by the joint efforts of Equity Tanzania and United Aviation Services.

Last but not least, Tanjet Centre, a fixed-base operator (FBO) at KIA handles the maintenance facility at the airport 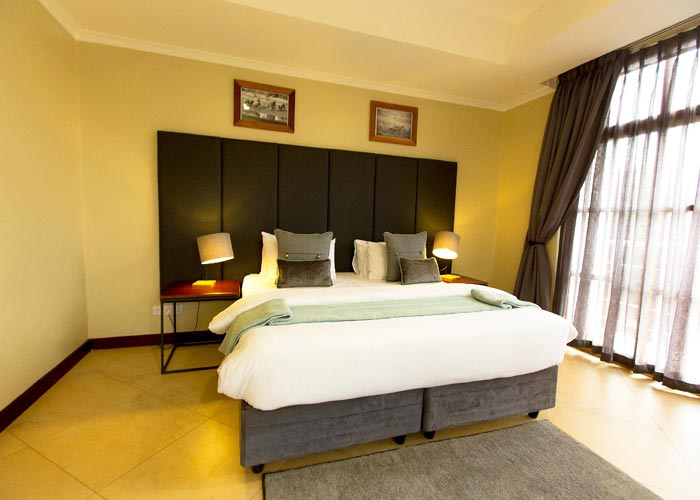 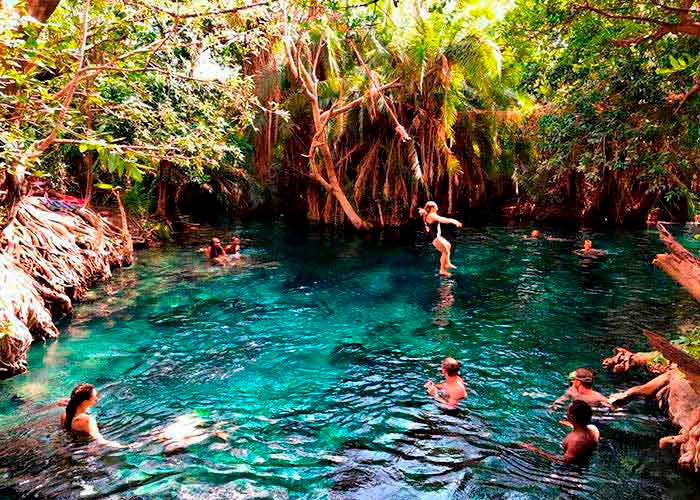 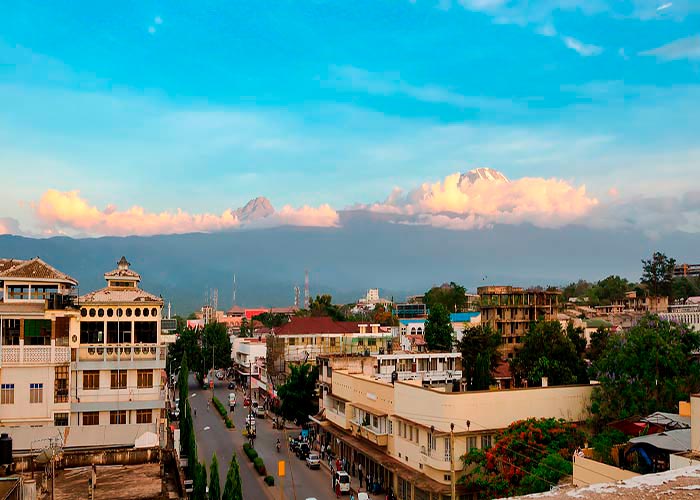 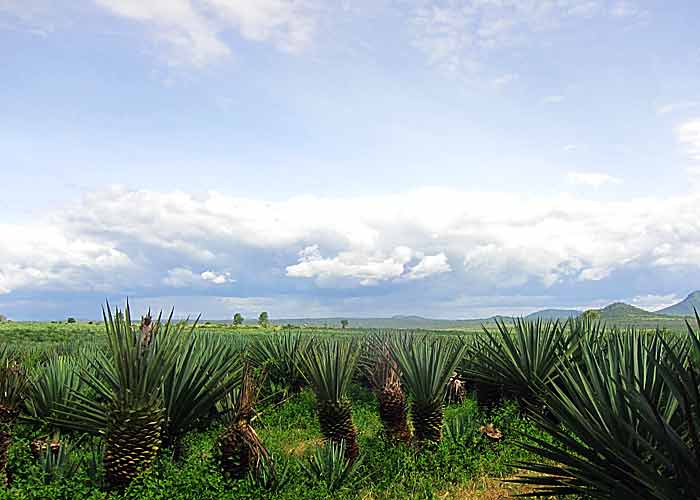 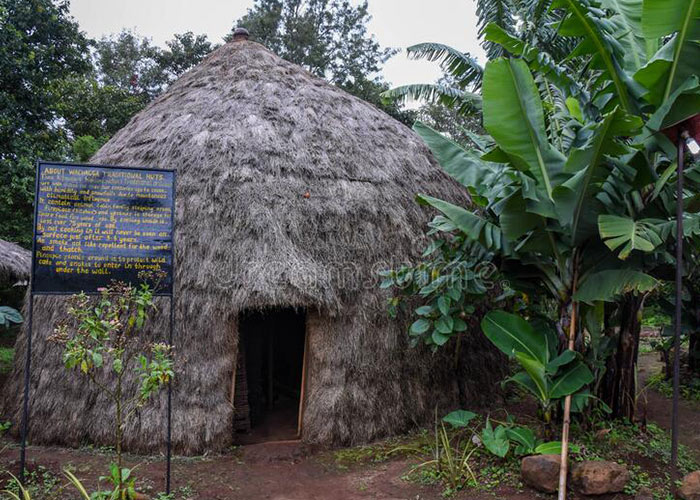 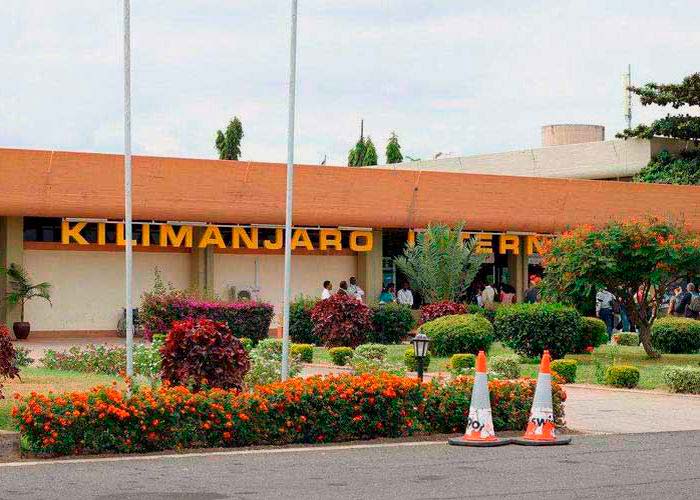 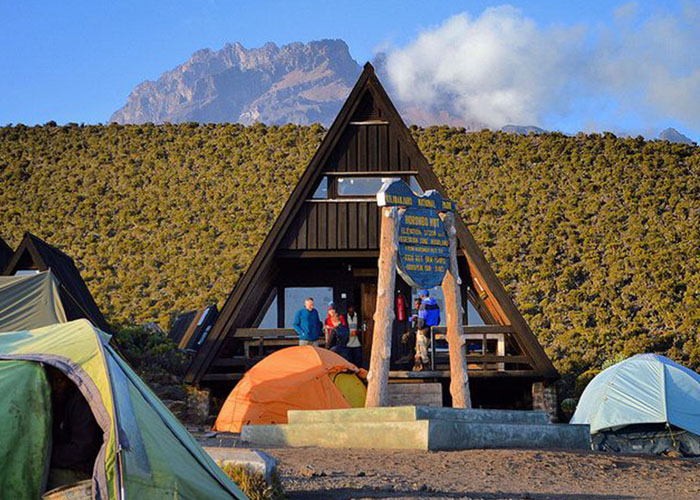 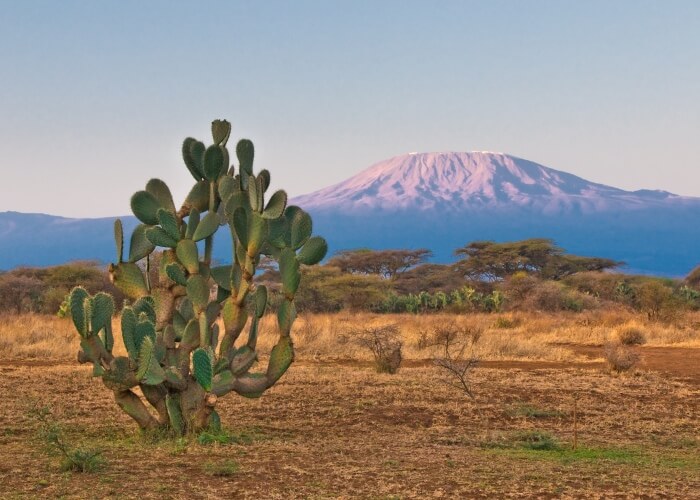 The Gateway of Africa’s Wildlife Heritage