Seeing Mount Kilimanjaro’s wildlife is a matter of sheer luck. Mount Kilimanjaro has one of the most exotic fauna you could find in the whole of Tanzania. Wildlife usually avoids people, and judging by the fact the Mount Kilimanjaro receives thousands of mountain climbers throughout the year following specific trails leading to the summit of the mountain. This means that since wildlife on mount Kilimanjaro tends to isolate themselves from human, you will virtually see no animal worth writing home about, however, you might be the lucky one, so keep your eyes open at all times.

Amboseli lies at the base of Mount Kilimanjaro, heading to the north of the mountain. If you climb Kilimanjaro on the Rongai route which lies near the border of Kenya and Tanzania, you may get lucky, as on very few times some of the wildlife moves near  Kilimanjaro.

If you want to see plenty of wildlife and climb a mountain at the same time, Mount Meru is the better option as it is located right inside the Arusha National Park

Some years back, these gentle giants used to roam freely around Mount Kilimanjaro but when humans invaded the mountains for cultivation they migrated to the Kenyan side and some were poached or killed due to human-animal conflict.

When tempted by the succulent crops especially on West Kilimanjaro side, elephants and monkeys face poisonous traps, snares and spears.

The Buffaloes of Mount Kilimanjaro

The lower rainforest of Mount Kilimanjaro is home to many animals including the African buffalo (Syncerus caffer) also known by another name: the Cape buffalo is a large mammal that resides in the mountain’s rainforest vegetation zone and the Kilimanjaro National Park.

There is a well-preserved buffalo carcass along the Rongai route. 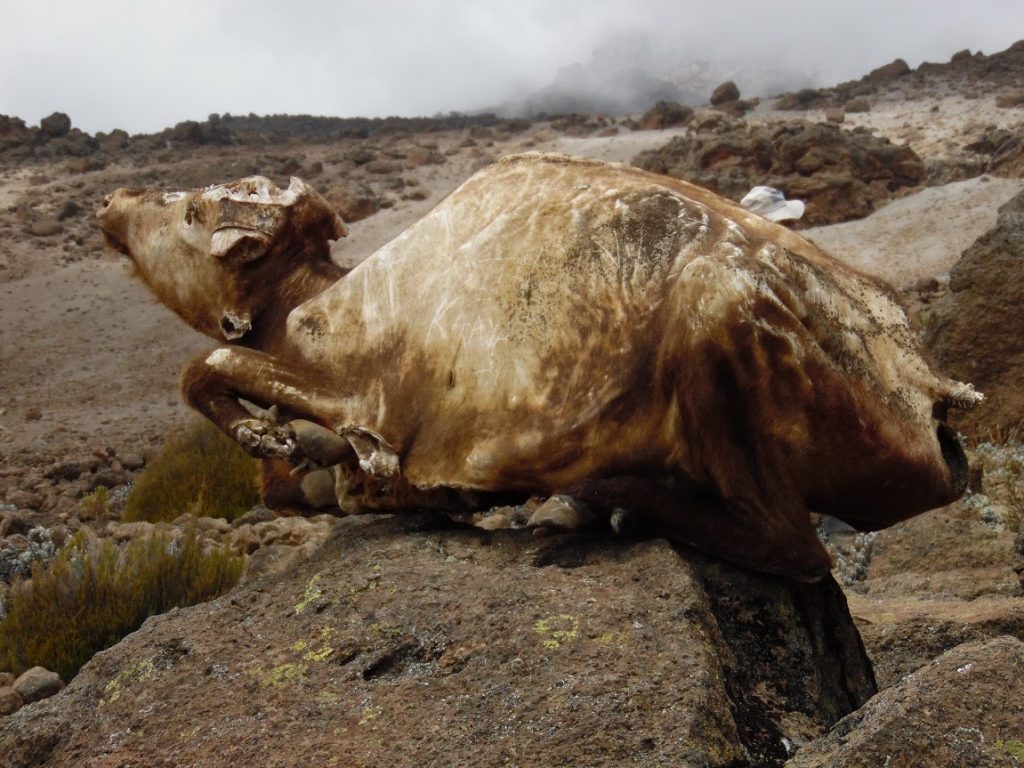 By dietary classification, buffalos are herbivorous and very successful grazers that are found in different habitats like swamps, floodplains, and forests, open and wooded savannahs and also in mopane grasslands.

On Mount Kilimanjaro, buffalos are found at the base of the Mountain with large populations residing in the Amboseli National Park on the Kenyan side.

Buffalos of Mount Kilimanjaro usually graze in the early mornings and late evenings and they prefer to look for thick cover like the dense rainforest region of the mountain during day time when it is hot.

The Kilimanjaro giraffe, otherwise known as the Maasai giraffe is a beautiful species that is not only the largest giraffe in the world but also the tallest animal in the world.

In the Kilimanjaro region, giraffes are found on both sides of the Mountain, Amboseli in Kenya and Kilimanjaro National park in Tanzania.

The Kilimanjaro giraffe is distinguished by more jagged spots, design of its fur “stamped” with irregular patches, which are darker in males, but generally brown with several shades of such colour in females. 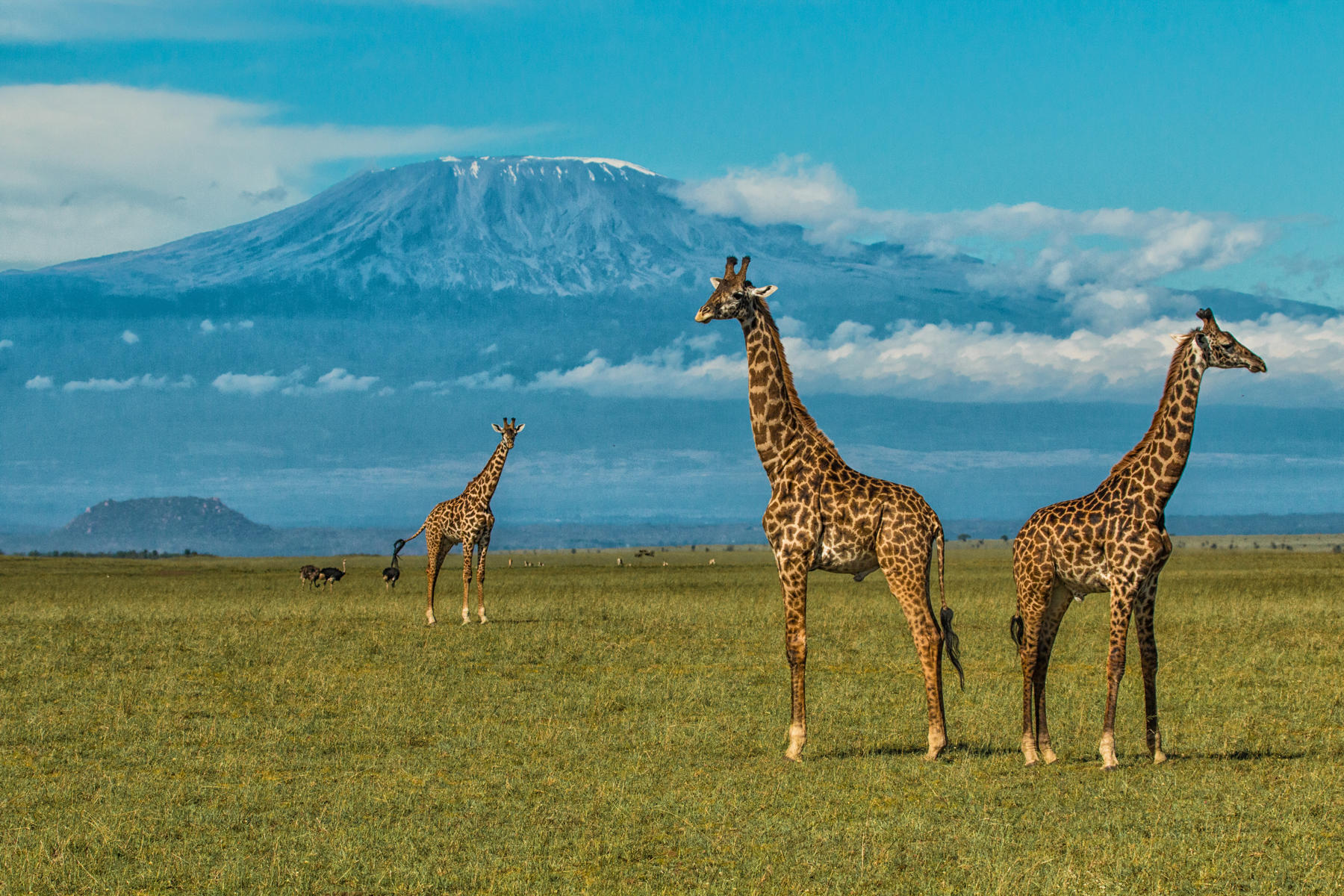 There is a better chance of spotting wild animals when you are using the Rongai route than any other, this is because the Rongai Route passes close to the Kenya – Tanzania border. Just nearby the Rongai Route is the Amboseli national park, which has plenty of elephants, giraffes and other big game animals.

There have been a few sightings of Lions on the Shira Route but it is extremely rare that it is hard to believe.

Most of the big game wild animals are found in the lower altitudes especially in the Rainforest vegetation zones where food is plenty and rainfall is frequent. Still, sightings are not easy to come by as these forests are very dense but they are the home of some of the big game animals like elephants, giraffes, buffalos, leopards, etc.

The 8-day Lemosho route itinerary gives you an extra day advantage for acclimatization purposes on Mount Kilimanjaro. This 8-day Mount

The Machame route which goes by the popular nickname, the "Whiskey" route, is probably the most popular route used to

This 6-day itinerary takes you to the summit of Kilimanjaro using the Rongai Route. Tranquil Kilimanjaro offers treks up the

The 6 days Umbwe Route itinerary on Kilimanjaro is unpopular with many climbers especially first-time climbers for many reasons. First

This 9-day crater camp trek combined with the 8-day Lemosho route climb is a uniques experience. Crater Camp is a