Menengai Crater is a gigantic shield volcano in Kenya’s Great Rift Valley with one of the world’s largest calderas. It is Kenya’s largest volcano caldera and Africa’s second-largest volcano caldera after the world-famous Ngorongoro Crater in Tanzania.  Rich loam soils created by volcanic activity abound in the surrounding farms. The crater is located on the Rift Valley’s floor. About 200,000 years ago, the volcano erupted, and the distinctive 12 x 8-kilometer caldera formed about 8000 years ago. Numerous post-caldera lava flows blanket the caldera floor. One of the best-preserved Krakatau-style calderas in the world is the Menengai volcano. The caldera of Menengai, which is a thick mass of lava rocks and impassable ridges, has very little sediment.

With its huge round rim, falling cliffs, and harsh terrain on the caldera’s floor, the stunning Menengai Crater (really a caldera) attracts visitors from all over the world. It is easily accessible for a day hike or a day out from the city, as it is located on the outskirts of Nakuru town, about 2 hours drive from Nairobi.

The Menengai caldera is thought to have developed some 8,000 years ago, with several post-crater volcanic eruptions producing cones that can be found all throughout the caldera’s floor.

The caldera walls reach a startling height of 500 meters above the ground at their greatest point.

Menengai is regarded as one of the world’s largest volcano calderas. It is only rivaled by the Ngorongoro crater in Africa, and it is the largest in Kenya, with a diameter of 12 kilometers at its widest and 8 kilometers at its narrowest. 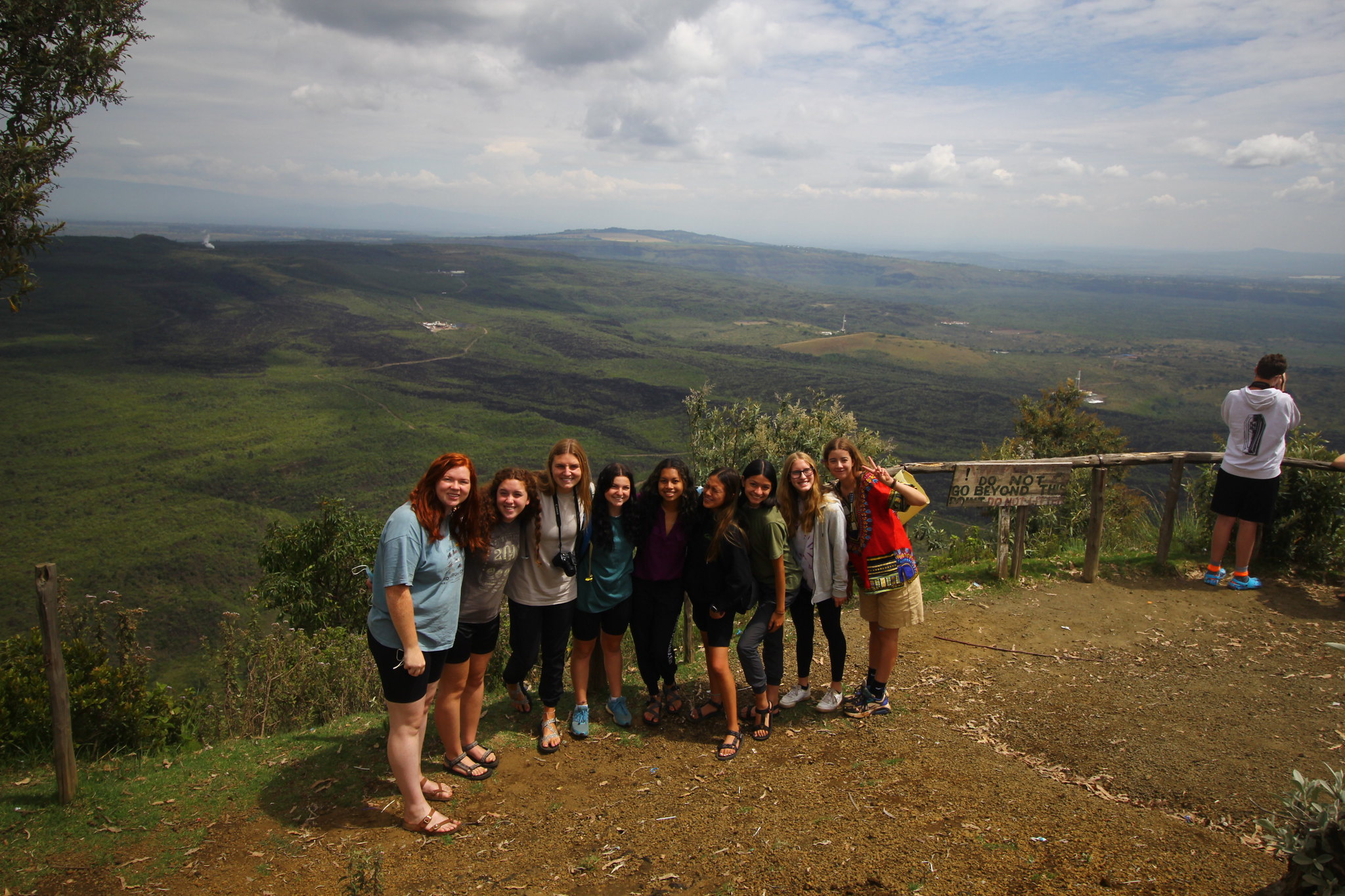 Visitors to Menengai Crater often drive or hike 8 kilometers from Nakuru town to the Viewpoint, the caldera’s highest point at 2278 meters above sea level. A glance backward as you ascend the slope to the Menengai crater rim rewards you with a wonderful distant view of the glistening Lake Nakuru on the outskirts of Nakuru town. The panoramic views of the enormous caldera from the Menengai Viewpoint are quite stunning. Unfortunately, recently drilled Geothermal wells, as well as a tangle of steam pipelines and earth roads crisscrossing the caldera floor, have spoiled this view. These are part of the infrastructure for a new geothermal power plant being developed in Menengai to increase Kenya’s capability for power production. The relentless march of technological progress appears to have little regard for natural beauty.

A hiking track that begins at the Viewpoint and winds steeply down to the caldera floor is available for the brave. There are only a few Maasai herders who transport their cattle to this lonely portion of the volcano; otherwise, there are no settlements. Most individuals are probably terrified of descending into the guts for this massive, enigmatic, and menacing geological feature because of local spooky legend.

The journey out of the caldera begins at the lion’s head cliff after a short-level portion and soon transforms into a steep rise for a stunning 500m to the top. The round drive back to the Viewpoint will take about 4 hours, give or take a few minutes. 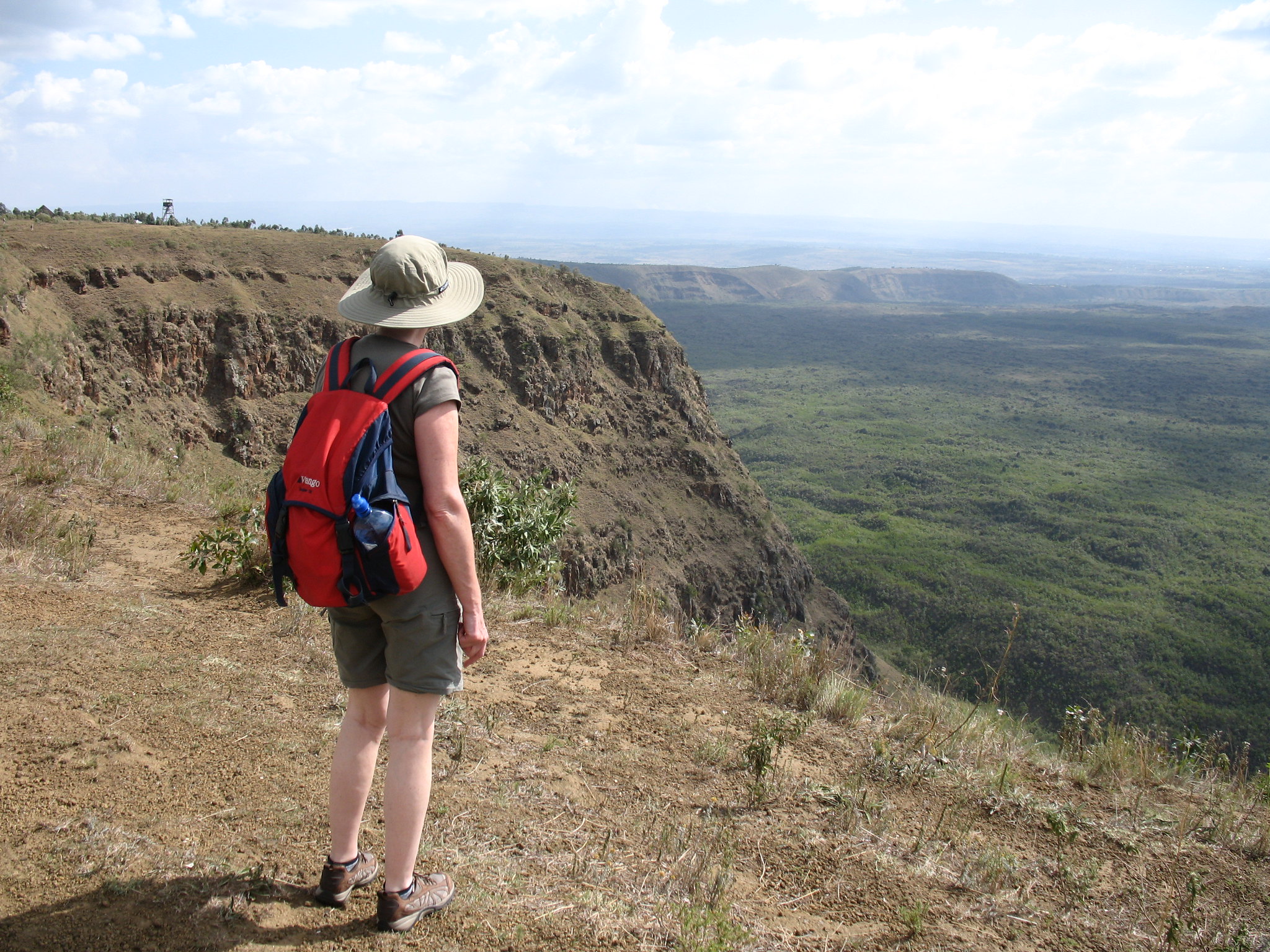 0700 Hours: Pick up from your hotel/ residence and depart for Menengai crater, Nakuru County

0830 Hours: Stop Over at the viewpoint

1100 Hours: Begin hiking (approximate 4-5 hours). The starting point is at Menengai Crater Viewpoint. The hike is demanding and challenging. overall fitness is a huge plus in order finish the whole hike

1900 Hours: Arrival in Nairobi with amazing memories to treasure for a lifetime

The enormous Menengai shield volcano sits on the East African Rift’s bottom. Beginning around 200,000 years ago, the formation of a 30 cubic km shield volcano was followed by the eruption of two massive ash-flow tuffs, each preceded by huge pumice falls. The first occurred around 29,000 years ago and resulted in a massive caldera. About 8000 years ago, the second big eruption, which produced about 30 cubic km of compositionally zoned peralkaline trachytic magma, was linked to the development of the current 12 x 8 kilometer top caldera. The caldera floor is covered in more than 70 post-caldera lava flows, the youngest of which might be only a few hundred years old. Menengai has had no documented historical eruptions. The caldera is the only place where fumarolic activity occurs.

If you’re coming from Nairobi, take the upper or lower escarpment routes to Naivasha and then continue to Nakuru. Make a U-turn at the first roundabout after leaving the Nakuru Railway Station and take the first left, then follow the signs to Menengai Crater. Halfway up the road to the Crater viewpoint, you’ll come across a Kenya Forest Service (KFS) barrier where you can pay the mandatory admission fee.