Standing at 3336m/10,944 ft, Mount Mtelo of the Sekerr Range is Kenya’s fifth tallest peak, after Mt Kenya, Mt Elgon, Aberdares, and High Cheranganis, and is located in West Pokot County’s North West Highlands, some 120 kilometers north of Kitale Town. According to oral legends, the mountain is regarded sacred since it is the cradle of pastoral Pokot. Black-and-white colobus monkeys, tiny antelope, three turaco species, and ten sunbird species live atop Mount Mtelo. Chapin, Kamket, Ngusurot, Silokot, Talai, and Tungo are among the six clans that live there.

The Marich Pass Field Studies Centre is a suitable starting point for exploring the mountain, and guides are provided to assist with the climb. The trek to the summit and down takes three days, and hikers are encouraged to spend a night or two at the magnificent Mount Mtelo Viewpoint Camp, a campground with cottage accommodation owned by the Ywalasiwa family. However, you may drive to the campground, which is a fantastic trip up the Sekerr escarpment. The climb requires no particular equipment or training, and numerous pathways lead to the campground and top, going through Pokot farmed regions, woodland, bamboo, and open moorland, with expansive views of eastern Uganda and north-west Kenya on a clear day. According to oral traditions, the mountain is revered since it is recognized as the cradle of pastoral Pokot.

Because of the height, the temperature and humidity are lower than in Marich, making trekking much more enjoyable and mosquito-free. 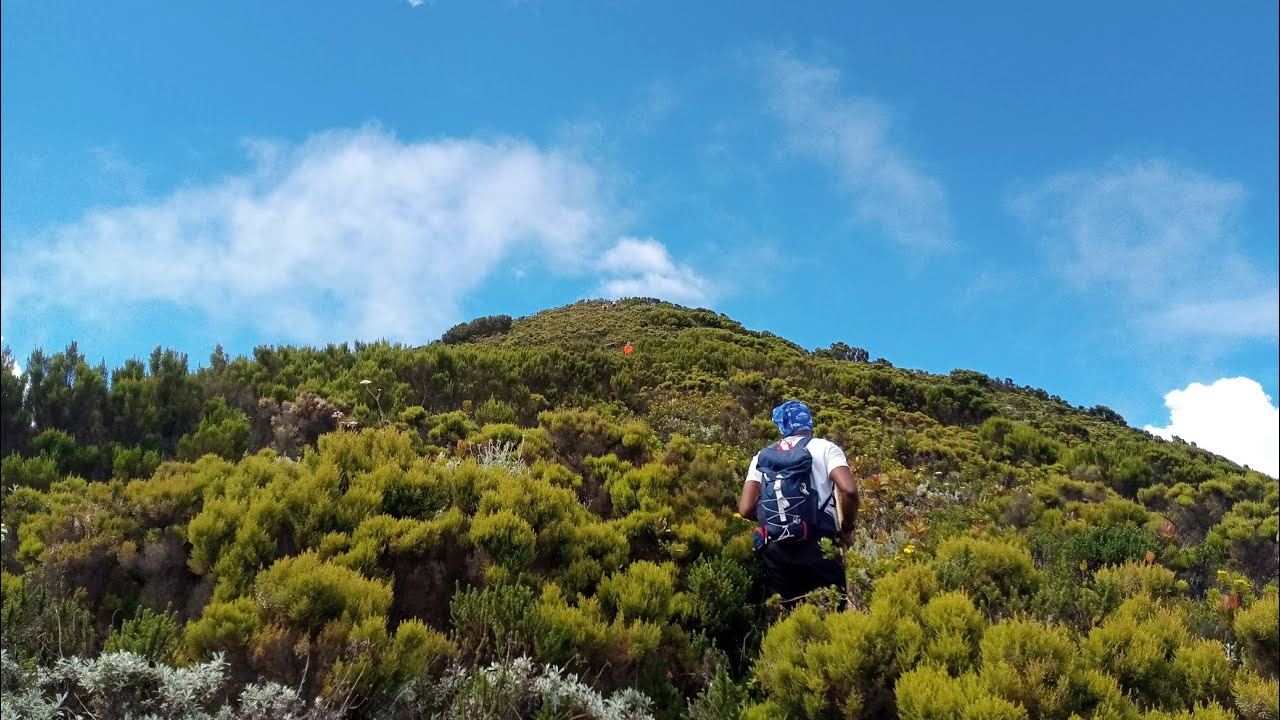 With a population of about 30,000 people, the region is home to six clans: Chapin, Kamket, Ngusurot, Silokot, Talai, and Tungo. However, the location is remote, and the majority of residents rely on subsistence farming (maize and beans).

Because of the image of Pokot herders as gun-toting cattle rustlers, the first time you journey up the Sekerr range while climbing up Mt Mtelo in West Pokot, you’d be excused for casting apprehensive glances at every bush, anticipating the rat-a-tat sound of gunshots to burst out at any minute. The native population atop the mountain, the highland Pokot, has conducted peaceful farming for centuries, in stark contrast to this bleak scene. Many first-time visitors to this jewel in a less-traveled region of the country are pleasantly surprised by the mild climate and beautiful vistas of the highlands.

Some lowland Pokot habitation regions have also been changed into a fruit-producing zone, a drastic break from the lowland Pokot community’s traditional lifestyle.

It gives panoramic views of the Turkana plains on one side and the Cherangani Hills on the other. The Marich Pass Field Studies Centre is an excellent starting point for trekking the Sekerr Range’s Mt Mtelo. The journey to the peak and back takes two days.

From the Marich Pass Field Studies Centre, take the A1 for 2 kilometers to Kainuk, then turn left onto the marked dirt road that leads to the Sekerr Range. You may also take a boda boda (motorbike taxi) to the turnoff and then begin walking from there.

The trail begins at a height of 950 meters and travels almost halfway up the Sekerr Range over terrain covered with dry land plants. The track changes to a “cement rail” that ends at a telecommunication mast as the gradient steepens, allowing vehicles to negotiate the steep slope. It then reverts to a dirt road that ascends further and higher into the mountain range, passing via the Chetinon trading center and then the lower Mariny trading center, where a bifurcation appears. Take the right fork, which will lead you to a valley. This route will take you through a gold mining operation run by local women. You’ll arrive to a Bandas at Mtelo View LodgeT-junction at the Mungat market centre shortly after that.

Mtelo View Lodge is 500m on the left side, opposite a school on the right, at an altitude of 1950m, if you turn right.

The entire trip takes around 4 hours and covers a distance of 15 kilometers, taking you from sweltering scrublands to cool green mountains. The majority of the hills along the road are farms whose output is used to feed the lowlands of Pokot and Turkana.

If you don’t want to walk, John Ywalasiwa, the owner of Mt Mtelo View Lodge, will arrange transportation from the Marich Pass Field Studies Centre for you.

After leaving the Lodge, you’ll first pass Mungat Centre before turning right and descending to a river crossing. You’ll turn off onto little paths that cross some of the farms on the slope to your right shortly after rising out of the valley. As the climb becomes steeper in the morning, the huge cliffs of Mt Katugh on your right will provide cover from the rising sun. At Katugh Pass, a lovely meadow at 2400 meters above sea level with views of the Moruny River in the distance to your right and rolling hills and valleys to your left, the route levels off quickly.

Human settlements come to an end here, to be replaced with vegetation that thrives at high altitude.

The route ultimately leads you into what’s left of the Montane forest that originally covered the whole mountain around 3 hours into the trek. Bamboo that would normally grow densely is scant. The massive native tree species are widely spread, with some being uprooted by increased surface water flow. Centuries of leaf fall that once covered the forest floor and acted as a sponge are being wiped away, no longer able to halt the headlong rush of precipitation down the mountainsides. Colobus monkeys and Turaco birds continue to feed and play in the forest, blissfully oblivious of their habitat’s slow loss.

However, if logging is halted, there is still hope for the forest’s rehabilitation.

As you near 3000 meters above sea level, the woodland gives way to alpine vegetation, including Protea, Giant Heather, and Everlasting, among other species, as you make your last push up Mt Mtelo. With the forest and Mt Katugh underneath you, and the distant Cherangani Hills now visible, the views from this point are breathtaking. After around 5 hours on the path, the trail levels off at 3,336 meters above sea level at Mt Mtelo peak.

This trek should take you between 8 and 10 hours round trip, depending on your fitness level and how frequently you stop to take in the views, sounds, and scents of the environment. 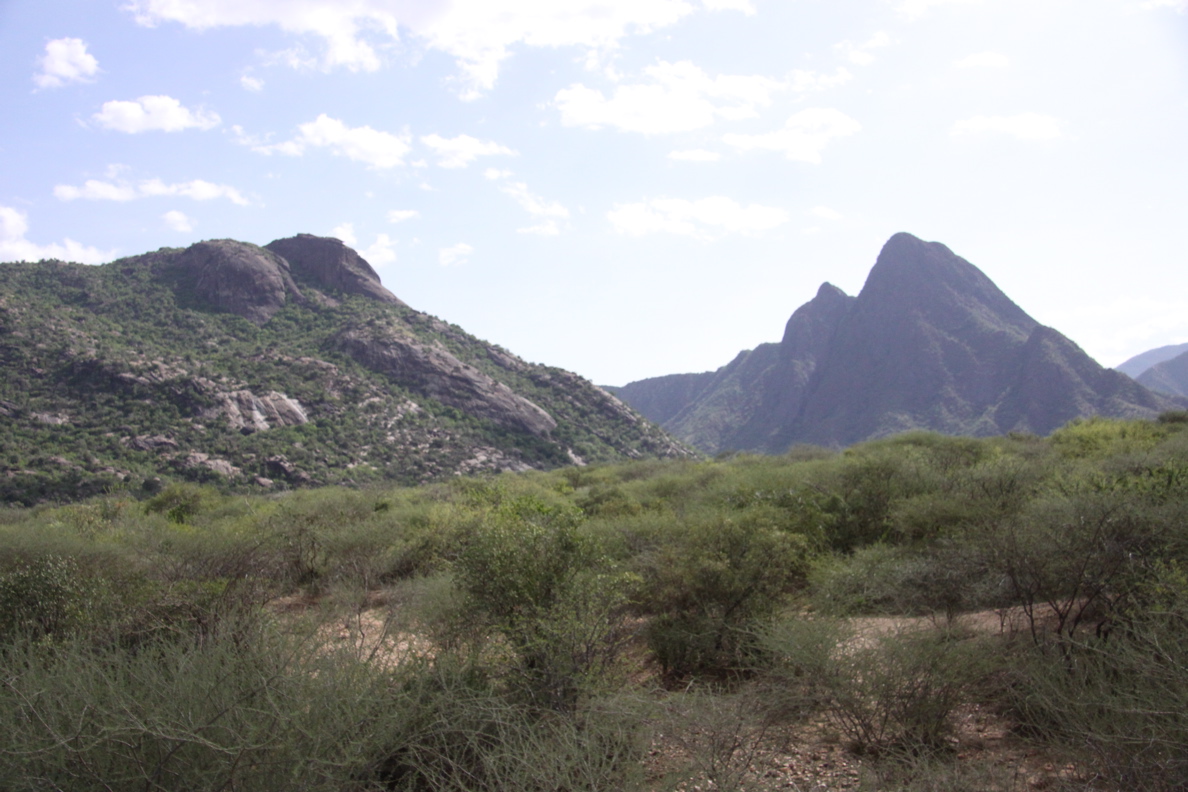 Take Kitale buses from Nairobi’s Machakos country bus station or Kitale matatus from their terminal at the Nairobi Railway station if traveling by public transportation. Take matatus or buses to Makutano once you arrive in Kitale (Kapenguria juction). From here, John Ywalasiwa, the owner of Mt Mtelo View Lodge, can arrange for your transportation to the Marich Pass Field Studies Centre or to his Sekerr Lodge.

If coming from Nairobi, take the upper escarpment’s Nakuru Road via Nakuru, Eldoret, and Kitale until you reach the Marich Pass Field Studies Centre. Take the indicated left turn 2 kilometers later down this road and drive along the “cement rail” to the telecommunication mast, then continue on the dirt track to the T-junction at the Mungat center.

The Lodge will be on your right after a short distance.

The distance between Nairobi and Marich Pass Field Studies Centre is around 480 kilometers.