Mount Olorgesailie is a 1,760 m high mountain near a prehistoric site called Olorgesalie that got its name from the mountain with is located 65 kilometers from Nairobi.

The Lower Paleolithic archaeological sites of Olorgesailie are part of a geological formation in East Africa.

It’s on the Eastern Rift Valley’s floor in southern Kenya, 67 kilometers (42 miles) southwest of Nairobi on the way to Lake Magadi. Olorgesailie is known for the enormous number of Acheulean hand axes linked with animal butchering that have been unearthed there. The discovery is worldwide noteworthy for archaeology, paleontology, and geology, according to Kenya’s National Museums.

The Acheulean hand axe culture was preserved thanks to strong alkaline ash falls from nearby volcanoes that were active at the time.

Mount Suswa and Mount Longonot are volcanoes, and the ash that accumulated in the Olorgesailie basin is presumably due to their outbursts. The fossils have been preserved by subsequent sedimentation, which has generated a stratigraphy that may be used to date them. A humid environment existed during the middle Pleistocene, as evidenced by the presence of transient lakes and marshes. The lake’s sediments cover around 130 km2 of land (50 sq mi). [2] Although minor traces of quartzite and obsidian were discovered, 99 percent of the artifacts were manufactured from locally sourced lavas, notably trachyte, indicating transfer across 16 to 40 kilometers.

The Olorgesailie prehistoric site is known for a large number of prehistoric hand axes discovered there by British geologist John Walter Gregory in 1919, as well as by Mary and Louis Leakey in 1943, Glynn Isaac in the 1960s, and Richard Potts in the 1980s and 2000s during further digs. A 900,000-year-old human fossil was discovered recently at this site. 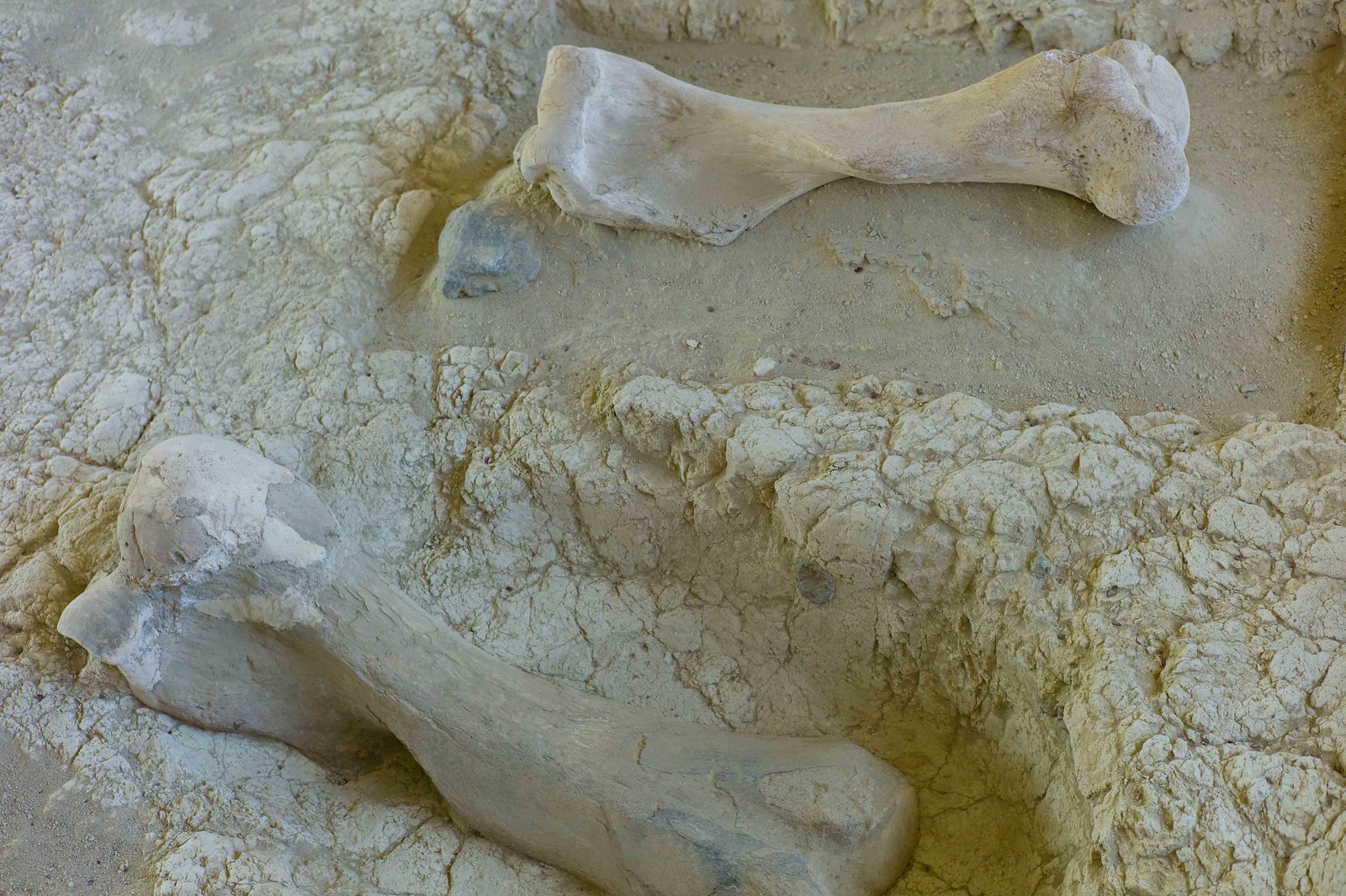 The Olorgesailie prehistoric site is 65 kilometers from Nairobi and is named after Mount Olorgesailie, which stands about 1,760 meters. Because of its near to Nairobi, it’s a great place to go for a day hike up the mountain. The trek to the summit takes 3 hours through arid, rocky terrain with just scattered dryland prickly shrubs giving shade from the scorching heat.

A series of dry rivers wind their way down from the top parts of the mountain to the long-extinct lake at the prehistoric site, crisscrossing the terrain. The well-camouflaged Maasai manyattas and the infrequent contacts with herdsmen tending to their goat and sheep flocks provide a pleasant break from the sweltering sun. Before you reach the summit, the pathways vanish in the last steep portion of the ascent. The return journey to the prehistoric site takes another three hours. 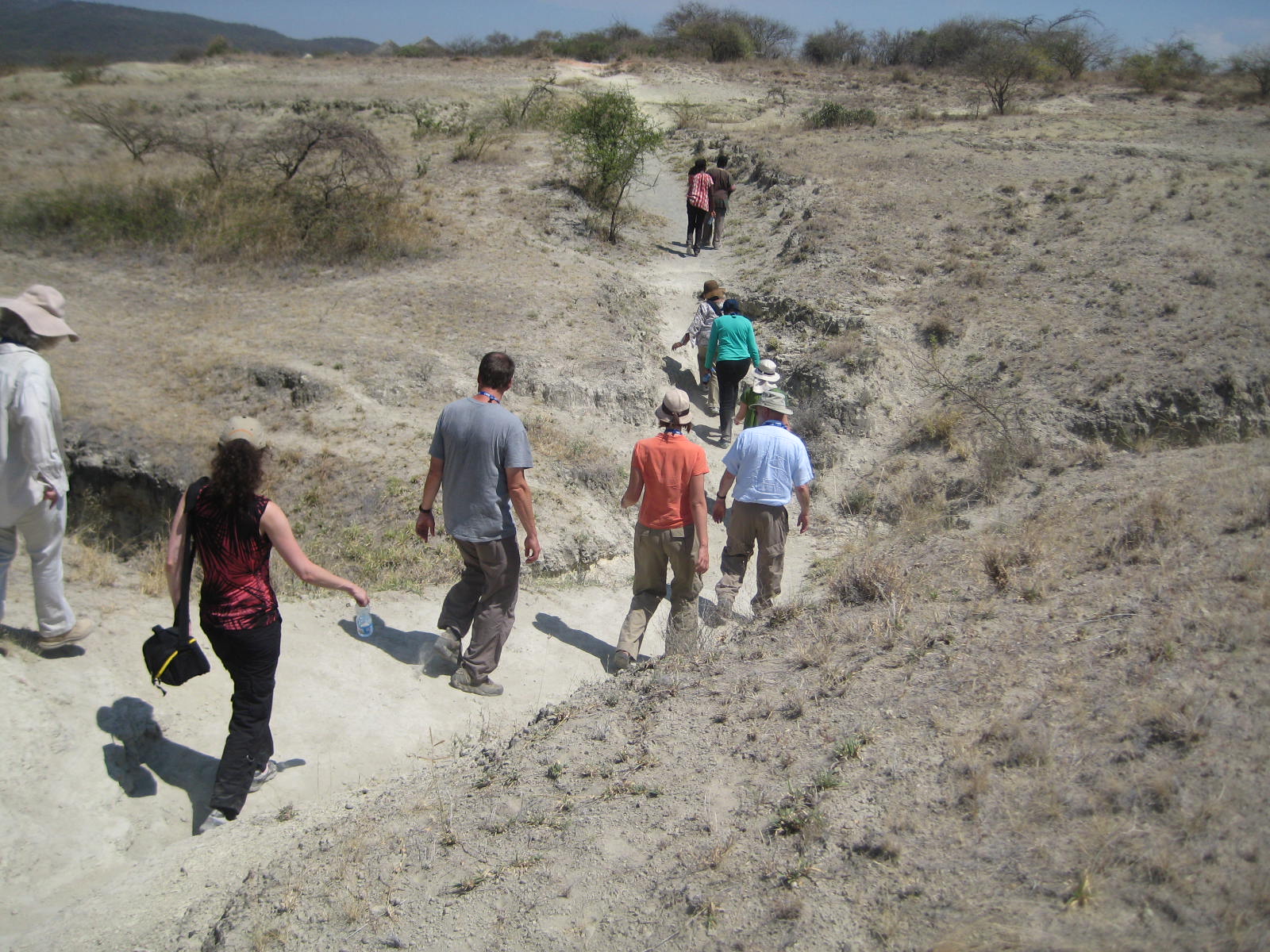 Take Kiserian matatu number 126 from the Railway Station if traveling via public transport from Nairobi. Take another matatu to Kiserian and get out at the Magadi Road turnoff with a signboard pointing to the prehistoric site.

The gravel route to the site is around 1.5 kilometers long from this intersection. Because the frequency of matatus sailing this route is fairly low, you may need to collect the Matatu driver’s phone number and call for pickup after the trek.

If you’re driving, follow Langata and Magadi Roads until you see the Olorgesailie turnoff on the left.

The objects were first discovered in 1919 by British geologist John Walter Gregory, but excavation did not begin in earnest until 1943, under the guidance of Mary and Louis Leakey, with the help of paroled Italian POWs. Work on the site lasted until 1947. In the 1960s, Glynn Isaac began excavating for his dissertation.

Richard Potts of the Smithsonian Institution, in collaboration with the National Museums of Kenya, resumed study in the 1980s.

The most visible historic artefacts in the area are human tools. The abundance of hand axes is typical of the Acheulean period, and they were manufactured by hominins between 600,000 and 900,000 years ago along the shore of a now-dried-up lake. Extinct species of hippo, elephant, zebra, giraffe, and baboon have also been discovered, with the hand axes possibly being used to butcher them.

A frontal bone was discovered in situ by a team led by Potts in June 2003. In the months that followed, several pieces of the little skull (marked KNM-OL 45500) were discovered.

The frontal bone is 900,000 to 970,000 years old and most likely belonged to Homo erectus, making it the site’s first human fossil. [9] The fossil bones were found alongside dense deposits of hand axes at the same stratigraphic level as two hand axes and many flakes.
The rise of these behaviors roughly corresponds to the earliest known Homo sapiens fossil remains from Africa (such as at Jebel Irhoud, Morocco, and Florisbad, South Africa) dated to around the same period, according to the authors of three 2018 studies on the site, and it is proposed that complex behaviour patterns began in Africa around the time of the emergence of Homo sapiens.