Mount Suswa, standing at 2,356 m (7,730 ft) a shield volcano located in the Great Rift Valley, Kenya, lying between Narok and Nairobi that has a low-lying, unassuming appearance that belies the breathtaking vistas you’ll see up close. Most tourists to this region of the Great Rift Valley are drawn to the more visible Mt Longonot, overlooking this spectacular volcano, which is bigger and home to some of nature’s most improbable and stunning structures. It’s also a great day trek destination because of its proximity to Nairobi.

Mount Suswa, in the Kenyan Rift Valley, is a fascinating volcano that has remained largely unspoiled by the outside world. This volcano is one of the most magnificent volcanoes in the Rift Valley, with a unique 12 km twin crater system. The modest appearance hides the breathtaking sights you’ll see up close.

The Masai community that lives inside Mt Suswa runs the Conservancy totally. This implies that all camping fees are used to help preserve not only the park, but also the way of life of the people who live there.

Suswa, the least recognized but most intriguing of the three iconic Great Rift Valley volcanoes, is located in the heart of their homeland. The other two are the Longonot and Menengai, which are located near Nakuru.
The mountain contains two craters, each having an interior that resembles a moat encircling an angled slab of granite. The lava caverns on the northeast side of the outer crater are another feature of Suswa. The world’s most intricate and diverse system of natural communication channels is a one-of-a-kind sight for explorers and fans.

With a four-wheel-drive vehicle, the lower end of the mountain may be tracked down to the outer crater, although there are various obstacles along the way where the Masaai community normally requests an unofficial charge in order to progress.
You can arrange for a fixed charge and the services of an expert guide.
Several snake species can be found in the inner craters. Zebras, giraffes, manguste, tortoises, hyenas, and leopards are among the other wild creatures found in the Mount Suswa region. 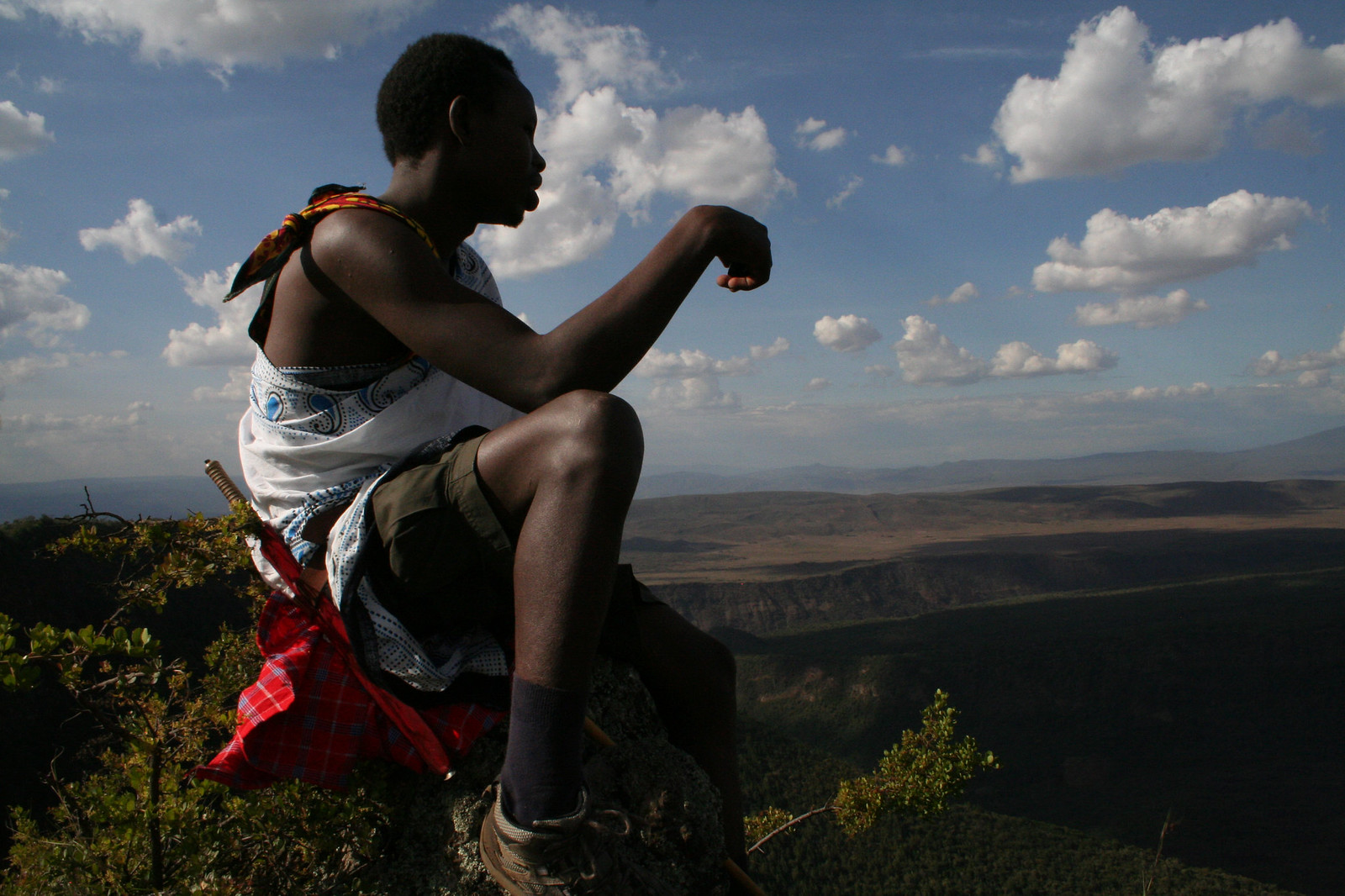 Mt Suswa is a two-crater volcano with a shield-shaped cone that covers around 270km2. Its inner volcano reaches a top elevation of 2356 meters above sea level.

A forest covers the inner crater, which is roughly 5 kilometers across and home to leopards, hyenas, buffaloes, antelopes, and other species. This inner collapse created a moat-like trench encircling a central island in the crater, creating an incredible sight that must be seen to be believed.

The outer crater, which has a circumference of around 10 kilometers, is today peppered with Maasai settlements. The Maasai graze their livestock on the outer crater and the inner volcano’s slopes, and collect water for household use from the area’s numerous springs spouting steam and hot water.

The lava caverns in Mt Suswa’s outer crater are maybe its most well-known feature.

There are about 30 cave openings, the majority of which are collapsed roofs. Some of these openings are marked by fig trees and other forms of flora, but it’s advisable to hire a local guide to tour you through the caves. Exploring these caverns requires the use of a light or headlamp.

Large populations of bats are found in the Suswa caves, which are supposed to travel up to 30 kilometers in search of food at night and then return to the caverns in the morning. You may see colonies of bats hanging from the roof, sleeping and dead to the world, until dark, when they pour out as you go and crawl through the tunnels.

The Baboons’ Parliament is a fascinating site in the caverns, where a huge troop of Baboons seek refuge from predators at night. The arrival of the Baboon army in the evening is timed to coincide with the departure of the local bat colonies, resulting in two-way traffic. It is reported that if you peek into the entrance in the cave’s ceiling early in the morning, you will see the colony’s leader standing on a pile of boulders in the chamber’s center, ostensibly addressing the rest of the group perched on ledges high up the cave’s walls.

Another intriguing aspect of the caverns is a rock painting in one of the chambers, which has been linked to the indigenous Maasai morans, who are said to have slept there during one of their initiation ceremonies. 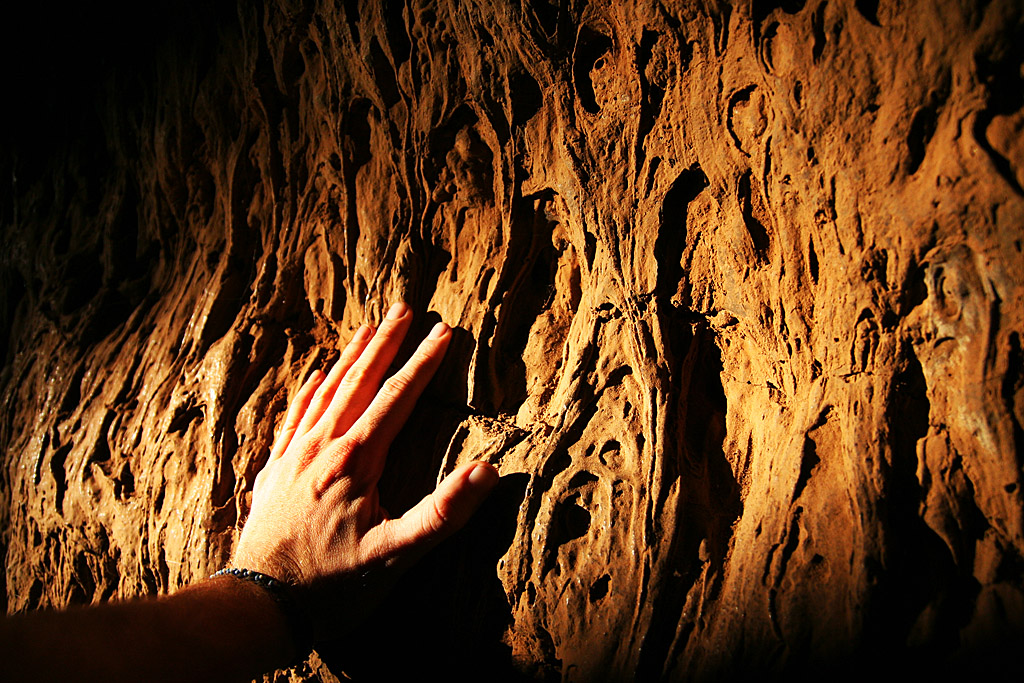 Most hikers on Mt Suswa leave their cars at a roadhead on the rim of the inner crater and begin their ascent up a moderate slope to the rim of the crater’s peak. The first peak takes roughly 1 hour to reach, while the higher second top takes another 1 hour. As a result, the 10km round trek to the peak takes roughly 4 hours.
The track is 22 kilometers long and takes around 7 hours or longer to complete, depending on your speed, with an elevation gain of 1380 meters. You’ll see rock hyraxes scurrying between boulders and little antelopes grazing quietly on the hillsides along the route. 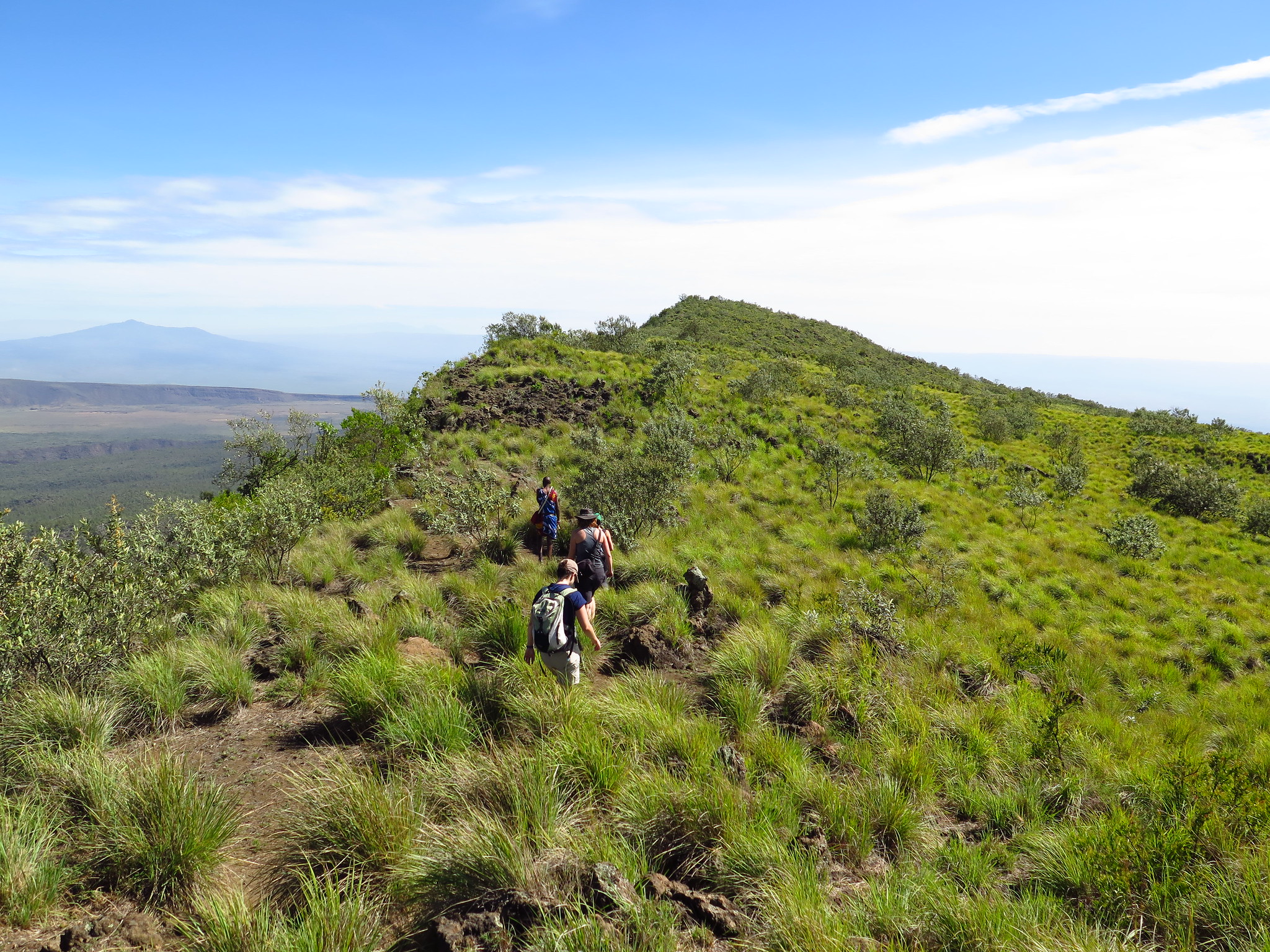 Take Mai Mahiu matatus from Nyamakima, then Suswa matatus along Narok Road if taking public transportation. It takes roughly 2 hours to walk from Suswa Market to the crater.

Take the lower escarpment Naivasha Road for 58 kilometers till you reach Mai Mahiu, then turn left onto Narok Road. You’ll pass an earth satellite station after 10 kilometers, and after another 7.5 kilometers, you’ll see the Suswa Conservancy turnoff on your left with a signboard. Drive for 8.5 kilometers on this dusty road until a right-hand turnoff. After 1.5 kilometers, you will arrive at the entrance. From here, it’s a 5km steep and rocky ascent (4WD needed) to a junction at a meadow on the outer crater’s edge.

The caverns are 2 kilometers down the road if you turn left. The campground and viewpoint overlooking the inner crater may be reached by driving straight for 11 kilometers and then turning right for 1 kilometer. You may park your car and begin the ascent from here.