The Ngong Hills are a series of hills in the Great Rift Valley in southern Kenya, southwest of Nairobi. The name “Ngong” is an Anglicization of the Maasai term “enkong’u emuny,” which means rhinoceros spring, and refers to a spring near Ngong Town.

The area around the Ngong Hills was a prominent settlement farming zone under British colonial control, and many historic colonial residences may still be found there. The four peaks of the Ngong Hills appear in the background of various sequences near Karen Blixen’s residence in the 1985 film Out of Africa. During the 1990s, locals in the Hills reported sighting lions. Denys Finch Hatton’s single burial is marked with an obelisk and a garden on the eastern slopes of the Ngong Hills, overlooking Nairobi National Park.

Along the peaks of the Ngong Hills, there is a walking track. At the park’s NE foot, the Kenya Forestry Service maintains a small station. Visitors must pay a charge of KSH 600. Sunday church services have been held atop the southern summit, which overlooks the Great Rift Valley, by locals on occasion.

The settlement of Ngong is located near the hills. In 2015, the Ngong Hills Wind Power Station was completed. This is the country’s first wind farm.

On May 24, 1978, Bruce MacKenzie, Kenya’s Minister of Agriculture, was murdered when a time bomb strapped to his jet exploded over the Ngong Hills in a trip from Entebbe, Uganda, after Ugandan President Idi Amin ordered Ugandan operatives to assassinate MacKenzie.

Ngong Hills Forest is around 25 kilometers from Nairobi city, near the northern extremity of Kajiado County. The forest has a total size of 3077.6 hectares. Kenya Forest Service is in charge of its management (KFS).

Exotic and indigenous trees such as pine, cypress (Exotic) sandalwood, Acacia, and croton (Indigenous) grow in the Ngong hills forest, which is mostly governed by height, soil type, and human use of the area. The geographic variance in plant cover is also determined by grazing and forest fires. ​

Buffaloes, wild pigs, porcupines, and dik-diks are among the creatures that may be found in the forest.

These animals are forest dwellers, and their movements are mainly dictated by drought, water availability, and fodder availability.

Hiking Ngong’s seven hills are the most exciting portion. A 12-kilometer section from the Kenya Forest Services barrier to Corner Baridi.

You’ll need good hiking gear now to get it to the top without difficulty. It can be drizzly at times, and temperatures can drop to dangerously low levels.

The optimal time to begin trekking is at least 10:00 a.m. before the hot heat takes control of the area. The earlier you start, the better.

It is preferable to begin at the Barrier rather than driving all the way up to the second or third hill. Clean 7 hills as a challenge to yourself.

You can drive there or climb there if you only want to see the turbines, but what’s the joy in that?

How Long Does One Take To Hike Ngong Hills?

It will take 3–5 hours to cover the 7 hills, depending on your fitness and willingness to push yourself when you feel like giving up.

You will come across Maasai children and women selling artifacts along the path; please support them by purchasing a souvenir or anything to remind you of your hike through the Ngong Hills Forest Reserve.

Buffalo droppings are likely to be seen from the 4th Hill, and if you’re lucky, you might even see them personally.

If you do, don’t worry about them; just keep hiking without provoking them. They are, after all, one of the world’s wild creatures.

Proceed to the 7th Hill and Corner Baridi. Congratulations if you’ve made it this far. Not everyone makes it this far. 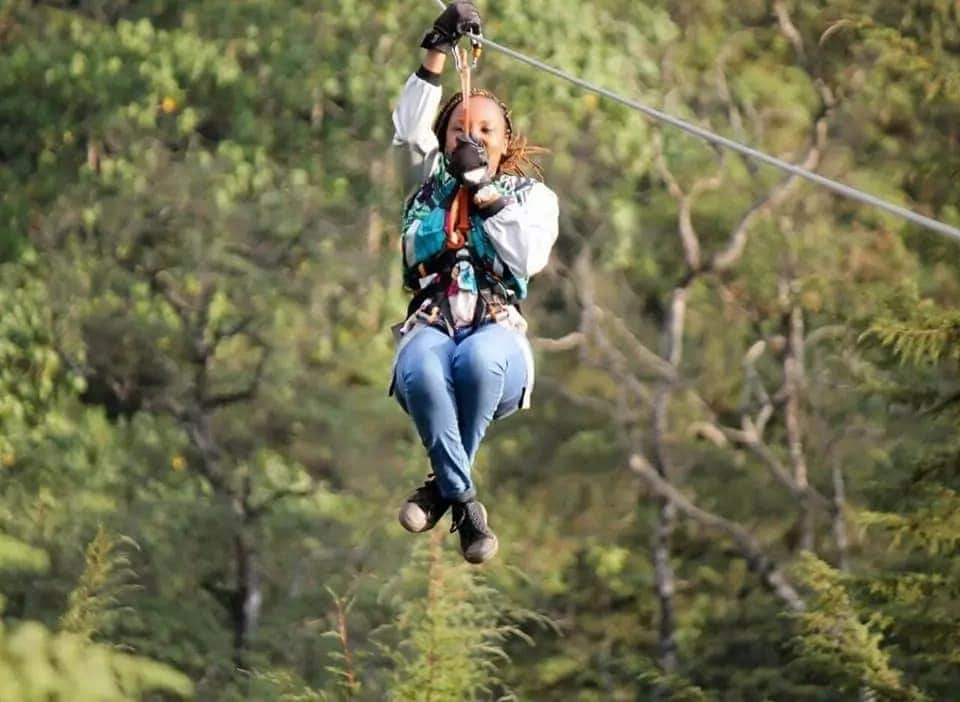 Although not as long as the Kereita Forest Zip Line, this zipline is placed on the Kompass just a few meters from the KFS barrier. You can zipline first and then trek if you have the energy.

However, only a few people are capable of doing so, and you must choose between ziplining and hiking.

If hiking isn’t your thing, they also have additional activities like archery and quad biking to keep you occupied.

Did you know, that Ngong Hills is a wonderful picnic site? Yes, you can take your loved ones for a picnic in the Ngong Hills Forest Reserve, which is a truly romantic experience.

You don’t have to hike, but you may have the greatest picnic here if you drive beyond the designated parking just past the windmills.
The peace and tranquility provided by the beautiful green grass and breathtaking views of Ngong Town are simply unrivaled.

During the pandemic, there were club and bar closures. Ngong Hills was transformed into a party destination, with revellers driving there to have their moment.