The Taita Hills are a mountain range in south-eastern Kenya’s Taita-Taveta County. The Taita Hills in Kenya are located at the northernmost extremity of the Eastern Arc, a mountain range that runs between Eastern Tanzania and Southern Kenya. The Eastern Arc has numerous endemics due to its lengthy biological isolation and climatic stability, but it also has many vulnerable species due to massive habitat loss and human influence.
Three unique bird species (Taita apalis, Taita thrush, and Taita White-eye) are limited to tiny areas of remaining forest in the Taita highlands, which are 98 percent deforested.
Three massifs make up the hills: Dawida, Sagalla in the southern part of Voi municipality, and Kasigau towards the Tanzanian border in the south.

The Dawida massif is the biggest and tallest of the three, with its highest peak, Vuria, standing at 2,228 meters (7,310 feet) above sea level. Iyale, Wesu, and Susu are the three major peaks of Dabida.

The Taita Hills rise abruptly above the semi-arid plains of Tsavo West National Park in south-eastern Kenya, south and west of Voi town and these plains separate the hills from other ranges and highland blocks. The Chyulu Hills and North Pares, which are about 70 kilometers distant, and Mount Kilimanjaro, which is around 80 kilometers away, are the nearest. The West Usambara Mountains, which have some botanical similarities with the Taita Hills, are around 120 kilometers away.

There are three primary blocks in the Taita Hills. The Voi river in the plains separates Sagalla Hill (peak 1,450 m) from the rest of the hills to the south. The major body of the hills, Dabida, is 25 kilometers north-west of Voi, and includes the high peaks of Ngangao (2,149 meters) and Vuria (2,050 meters) (2,228 m). The Mbololo massif (2,209 m) is to the north-east of this range, separated from the main block by a valley. Mount Kasigau is located 50 kilometers to the south-east and is not included in this IBA. Although the forest on this solitary summit shares biogeographical similarities with the Taita Hills, little is known about its animals and plants.

The wet woods of the highlands are recognized for their distinct wildlife and flora. More than 20 endemic African violet species (e.g., Streptocarpus teitensis) are found alone in that area. The Taita thrush (Turdus helleri) and the Taita apalis are two known endemic bird species (Apalis fuscigularis). The Taita falcon (Falco fasciinucha) and Taita fiscal (Lanius dorsalis) were discovered in the highlands, however they may also be found elsewhere. Only the Taita Hills are home to an amphibian from the species Boulengerula. The Taita Hills are home to the Sagala caecilian (Boulengerula niedeni), a severely endangered worm-like amphibian.

The Taita people live on the outskirts of the woodlands, cultivating fertile soil.

Between 1955 and 2004, alien tree plantations displaced half of the natural woodlands. The area was heavily logged in the past, and the remnant indigenous forest is now part of the Taita Hills Wildlife Sanctuary, a nature reserve. Cropping and grazing are the primary uses of the land in the plains and foothills around the hills. The greatest forest remnants are found in the most difficult-to-reach locations. Deforestation, the lowering of the water table, and soil erosion all contribute to the degradation of the land. In the lowlands, yearly rainfall ranges from 500 mm (20 in) to more than three times this amount in the mountain zone.

The rainy seasons in this area are March to May or June, and October to December, however, the precipitation varies greatly. [4] The remaining woods are incredibly diverse in terms of biological kinds. Small-Eared Greater Galago (Otolemur garnettii) and uncommon, but locally numerous tree hyrax live in the Taita Hills (Dendrohyrax sp.) Although endangered, the dwarf galago (Paragalago cocos) may still be found in Taita Hills. 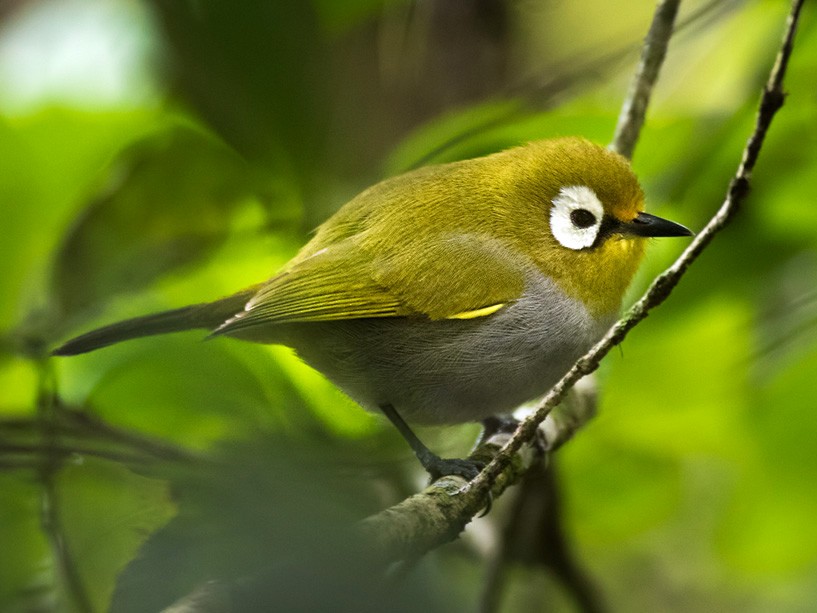 All keen birders should pay a visit to the Taita Hills in southern Kenya. This is because three rare forest birds, the Taita Apalis, Taita White-eye, and Taita Thrush, can only be found in this little woodland tract.

The mountains rise from Tsavo’s hot, semi-arid plains, and are prone to fog and rain. It may get rather freezing up there at times, so bring some warm clothing with you. Ngangao is the most often visited woodland patch.

It will help readers understand what amphibians are and why they are important to conservation, as well as the value of their ecosystem, particularly the indigenous forest on which they rely. Information on the biodiversity and climate (temperature and rainfall) of the Taita Hills is included in Amphibians of the Taita Hills. Each species’ page includes a graph indicating when the frogs call, when eggs and tadpoles hatch, and when they reach adulthood. It also includes information on where to look for them, their size (in comparison to a human hand), and a color image of the species. The book Taita Hills Amphibians is available in two languages (English one half, and Swahili the other half).

Salt Lick Safari Lodge has been one of Kenya’s most famous lodges for decades, having been named one of the World’s Most Photographed Lodges. Salt Lick Safari Lodge is a sumptuous safari hideaway nestled in the middle of the Taita Hills Wildlife Sanctuary, overlooking a waterhole and the huge Tsavo plains, and is a popular choice among luxury travelers.

The nearby Taita Hills Safari Resort & Spa includes a museum that shows some World War I relics as part of Taita Taveta County’s rich heritage.