The Namanga Border is one of the many entry methods of getting into Tanzania if you want to begin your Mount Kilimanjaro, Meru. or Ol Doinyo Lengai and Tanzania safari trip. Many travellers choose to fly into Nairobi’s Jomo Kenyatta International Airport in Kenya and then take a ride to Tanzania by crossing through the Namanga Border. Even though we recommend flying into Tanzania for your Kilimanjaro climb through Kilimanjaro International Airport, we can organize transport from Nairobi or Namanga Border, or you could just take a shuttle that commutes between Kenya and Tanzania daily. Travelers can enter Tanzania in a variety of methods when visiting the nation for a vacation. Tanzania has a number of land border crossings with neighboring African nations including Malawi, Mozambique, Uganda, and Zambia, therefore there are many options available to tourists.

Most foreign nations must first get a visa for Tanzania in order to enter the country, which in the past entailed either applying at a Tanzanian embassy or consulate or waiting in line for a visa upon arrival at the border entry points. However, qualified people can now apply for a Tanzania eVisa online and obtain travel authorisation. There are several land border checkpoints where the Tanzania eVisa is accepted; see below for further details.

It is usually simple to enter Tanzania through one of the land borders. Buses and private vehicles are also acceptable methods of border crossing for tourists. Those traveling on major routes and coming from Kenya or Uganda can use a through-bus to cross the border, but they will need to disembark on both sides to complete the necessary visa procedures.

It is essential to take one bus to the border, cross on foot, and then take another bus to their destination once in Tanzania for less-traveled routes and passengers arriving from other adjacent countries. 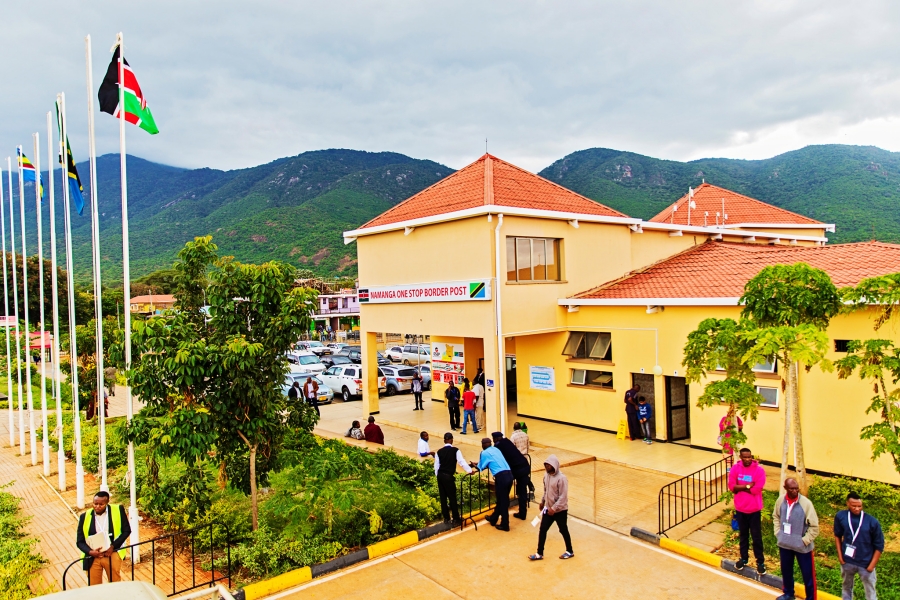 Those who intend to drive into Tanzania with their own vehicle must have the following:

The majority of border checkpoints do not feature petrol stations or auto repair shops, thus travelers entering Tanzania by car should be aware of this before setting out on their trip. For a detailed guide on entering Tanzania at the land borders of each bordering country, continue reading.

What is required to cross the border at Namanga?

There are prerequisites and customs laws to bear in mind before entering Tanzania, in addition to having your driving license available in case you decide to get behind the wheel.

Your travel documents are the most crucial items you always have on hand. These consist of: 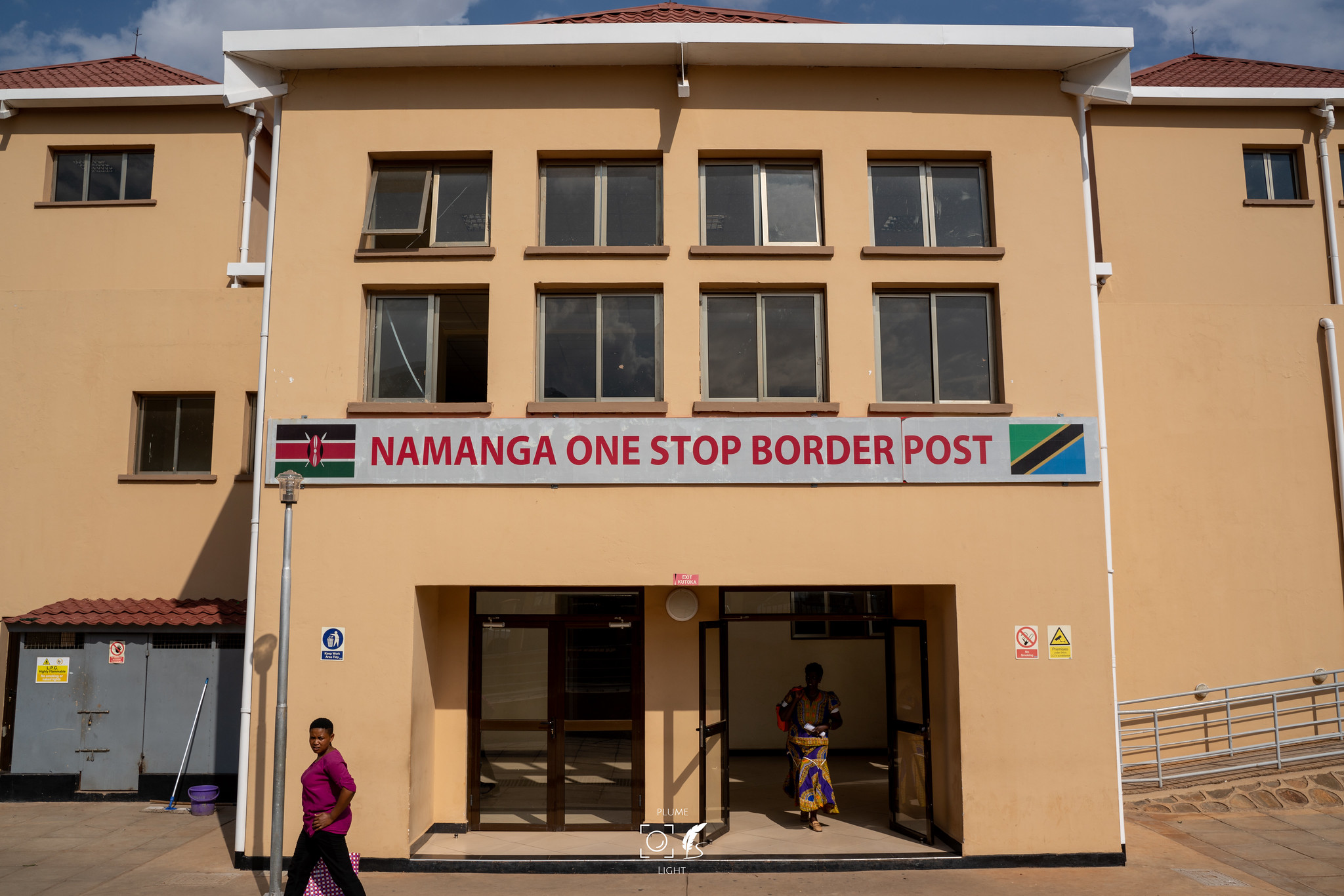 Due to the presence of two borders, clearing customs used to be a significant issue. You had to go through immigration in Tanzania before repeating the process on the Kenyan side. Previously, it would take between 1.5 and 2 hours.  All of that has changed now. No matter which side of the border a traveler arrives from, a single checkpoint handles all the paperwork and allows them to proceed over.

There is only one border post left along the land boundary between these two East African nations. The One-Stop Border Post was established in Namanga, a town of 16,000 people that is located on the border between Kenya’s Kajiado County and Tanzania’s Longido District.

The One-Stop Border Post initiative has increased trade and tourism between Kenya and Tanzania by reducing the crossing time to a maximum of 30 minutes. In 2007, the African Development Bank authorized $185 million in funding for the construction of the border post, of which Kenya received $108 million and Tanzania received $77 million. Together with the Japan International Cooperation Agency, the Bank co-financed the project.

With the improvement of roads and the simplification of border crossings, the development has strengthened the local economy.

The plan is to replicate this approach on other borders, such as those with Ethiopia, the Democratic Republic of the Congo, and Zambia (EAC).

In addition to enhancing regional cooperation, the One-Stop Border Post initiative also makes it easier for EAC member nations to communicate across borders and sign agreements. It supports the continued efforts of the Committee for the Facilitation of Cross-Border Movements, which was established in 1998 by the EAC Commission to handle issues pertaining to passports, business travel papers, visas, and other items included in the Tripartite Agreement on Road Transport.

Because of customs regulations, there are specific forbidden items that you cannot import through the Kenya -Tanzania border at Namanga. These include:

Other commodities are prohibited, which means you may only cross the border with them in certain quantities or with official authorization documentation. These may consist of:

The Tanzania-Kenya boundary divides the town of Namanga. It is situated in Kajiado County, Kenya, and Longido District, Tanzania. About 110 miles separate it from Tanzania’s Arusha. Since 2004, when travelers from Nairobi came to see the adjacent Amboseli National Park, tourism has been a major contributor to Namanga’s economy (183 kilometers to the north). Hills encircle the town on all sides.

Can you see Mount Kilimanjaro from Namanga Border Town?

The People of Namanga Town

Several tribes from different regions of the nation make up its population. The Maasai tribe, which inhabits the majority of Namanga, makes up the majority of its inhabitants. The second-largest group are the Kikuyu communities. The Maasai and Kikuyu intermarried, which was the catalyst for this. Other ethnic groups, such as the Kamba, the Cushites, who are Somalis, the Borana, and several other communities, make up the remainder of the population.

If you’re taking the 2 p.m. bus, you should convert your Tanzanian shillings, US dollars, or euros into Kenyan shillings at the border because you’ll arrive late in Nairobi and the currency conversion offices will be closed. You are obviously a tourist, and taking money out in the middle of the night while carrying all your baggage is not particularly secure.

You should have at least 1000 Kenyan shillings on hand, which will cover the cost of your taxi to the hotel (if in town). If you want to buy some beer or eat at a restaurant, bring some shillings with you because some places don’t take credit cards.