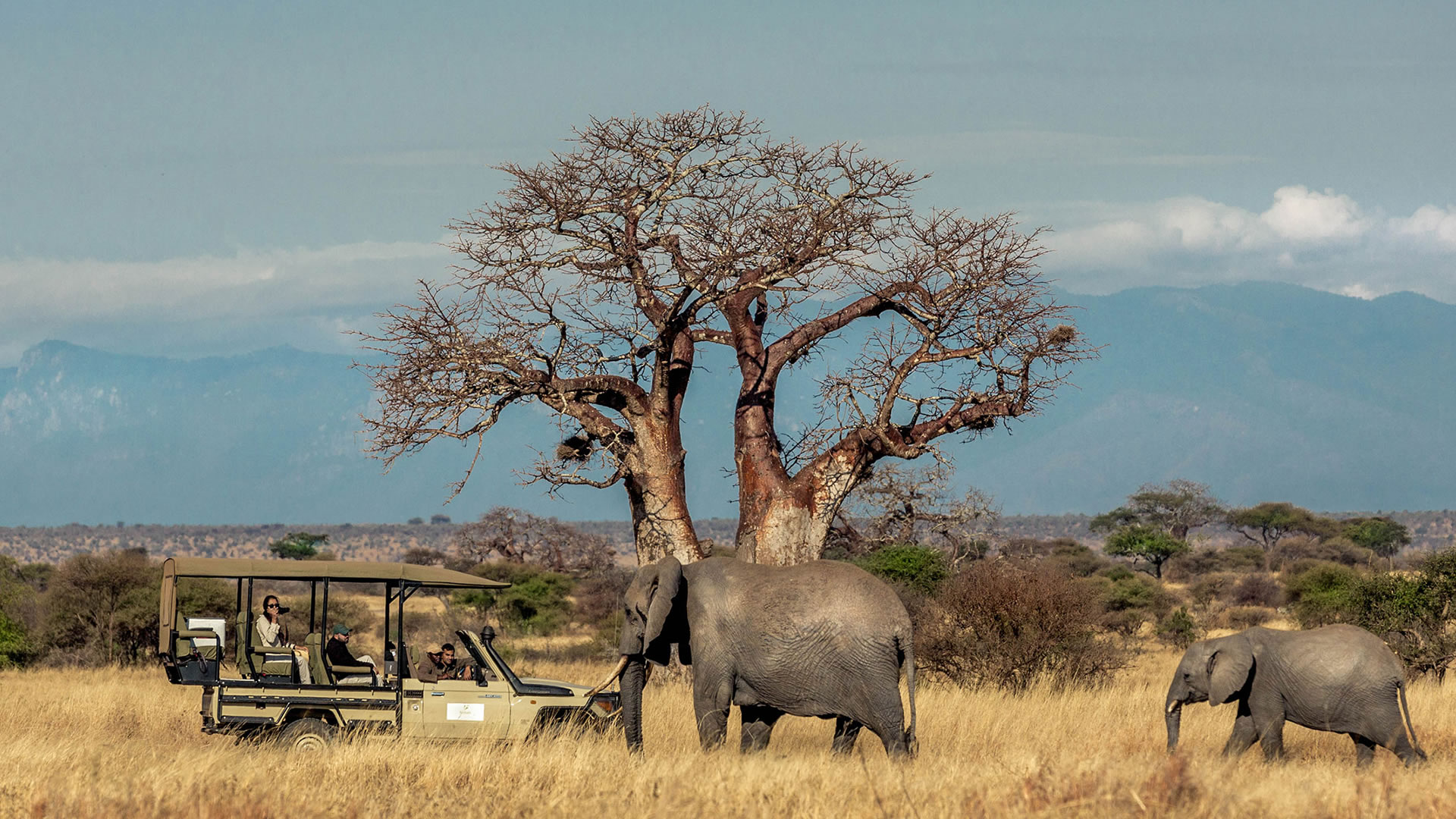 Your Tarangire day trip begins with a drive from your accommodation in Arusha to the Tarangire National Park, which will take around 2-3 hours. Hemmingway frequented this region for large game hunting trips. Following the establishment of national parks in 1970, the seasonal wetlands and vast grasslands that may still be seen today were once hunting blocks in the past, not the case anymore. The Tarangire National Park has the largest population of elephants in North Tanzania, and you may see them all year. It is a normal occurrence to come across even large herds of up to 300 elephants roaming the terrain of the Tarangire which is dotted by gigantic baobab trees, no wonder this park is often nicknamed “the land of the giants”. The Tarangire River is not a seasonal river as water runs through year in year out, and many animals use it throughout the dry season, which runs from July to October.

Below is the Tarangire National Park day trip safari itinerary overview in Tanzania.

What to see on your Tarangire Safari

If you visit the park during the dry season, you will be able to see amazing animals such as lions, giraffes, buffaloes, wildebeests, and zebras, as well as other species of antelopes and gazelles, and with luck, a python! During the dry season, this location is also a refuge for bird lovers, with over 550 distinct species, including the world’s biggest bird, the Masai Ostrich. Around midday, you’ll pause at a nice picnic spot before continuing your wildlife watching in the afternoon. You will be returned to your Arusha hotel before sunset.

With over 500 bird species, Tarangire National Park is one of East Africa’s best birding locations. These include ashy starlings, northern pied babblers, rufous tailed weavers, and barbets, among other local and migratory bird species.

This national park, on the other hand, is open all year for animal viewing activities.

Things to do in Tarangire

Tarangire National Park is comprised of savannah plains, woods, baobab trees, marshes, and rivers, all of which serve as home for the many wildlife and bird species that can be found there.

Tarangire national park is a short drive from Arusha town, which serves as a jumping-off point for safaris to Tanzania’s northern regions, including the Serengeti, Ngorongoro crater, and Lake Manyara national park, and Arusha national park.

Tarangire National Park is accessible by road and air. This national park is at a short distance from Arusha town, and flights from Kilimanjaro international airport to Kuro airstrip in the national park are accessible.

During a safari in Tarangire National Park, Baobab trees are among the oldest tree species that may be spotted. These trees are important to both wildlife and the local inhabitants that live in the national park’s surrounding areas.

The safari will begin at 8:00 a.m. with a pick-up from your Arusha hotel.
You’ll depart for Tarangire National Park after everyone has boarded. The 150 km journey will take roughly 3 hours.

The game drive lasts until late afternoon, with a brief halt for a picnic lunch. The Tarangire River flows through the 3,000-square-kilometer park, giving it its name. The river draws a wide variety of species, including elephants, giraffes, lions, antelopes, and zebras, which you should be able to see.

You might be able to identify the tree-climbing python and the long-necked Gerek if you’re lucky.

The Tarangire National Park has the largest number of elephants, providing a rare opportunity to watch elephant family dynamics.

After the game drive, you will be dropped off at your choice Arusha location around 6 p.m.

Children and adults who visit Tarangire National Park pay various admission costs, as do nonresidents and foreign citizens. The national park also has a distinct admission price for East Africans.

Concession costs, which are paid by tourists staying in the national park’s lodges or camps, are among the other expenses that must be paid in Tarangire. Tarangire national park admission fees are paid per person, per day.

The increased admission fees for Tanzanian parks, such as Tarangire National Park, were set to be in effect from August 1, 2020, onwards. The Tanzania National Parks Authority also announced increased costs that included multiple entries.

A credit card or a master card can be used to pay admission fees to Tarangire National Park. Foreign residents, nonresidents, and East Africans all pay these levies.

The following are the entrance fees for Tarangire National Park:

For those above the age of 16, the fee is 53 USD.
17.7 USD for children between the ages of 5 and 15.
Tarangire national park does not charge admission fees to children under the age of five.

Tarangire national park entrance fees are non-refundable once paid. According to TANAPA, this charge also permits for repeated entrances during the time period for the permission to enter the national park. 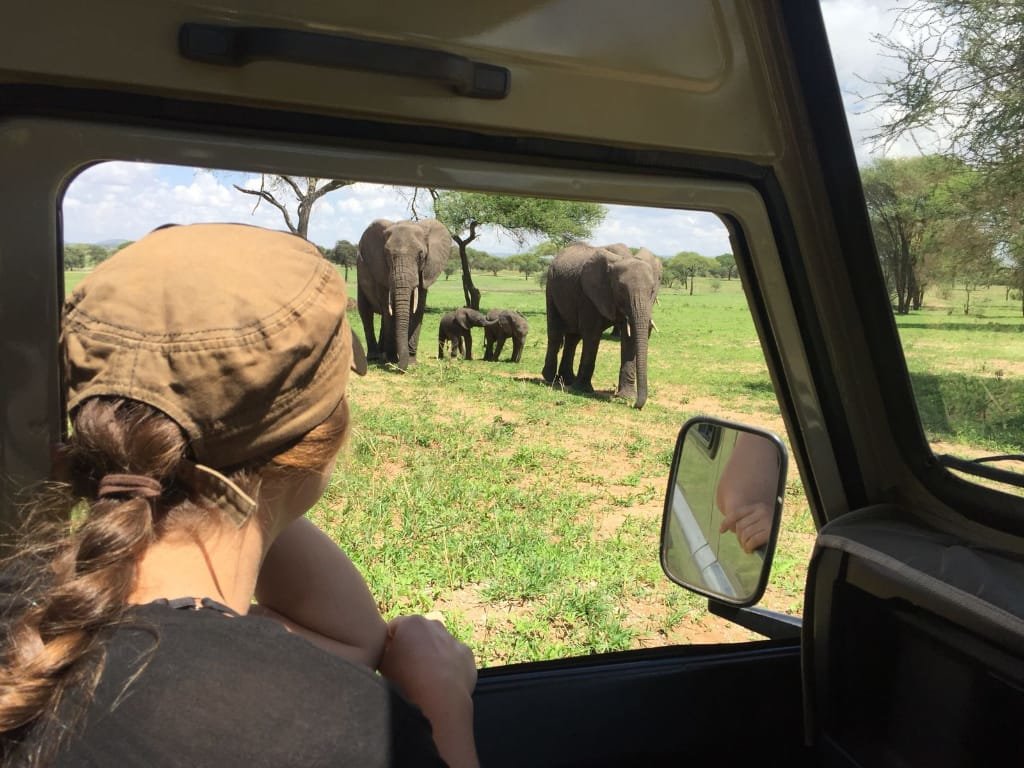 This 9-day wildebeest migration safari was created
Starting from