Shompole Hill’s position on the northern side of Lake Natron is its single most appealing feature. The spectacular delta/swamp produced by the Southern Ewaso Ng’iro river as it pours into the lake at the end of its lengthy voyage, nearly 200 kilometers from the Mau Escarpment, may be seen from its heights.

The lowlands surrounding Shompole Hill are 600 meters above sea level, with daily temperatures reaching 38-41 degrees Celsius and predominantly rocky terrain. A few acacia and euphorbia trees have taken root in this parched wasteland, maybe serving as a forerunner for more species to come, with 6-foot anthills contributing to the odd scenery that stretches all the way up to the eastern banks of the Ewaso Ng’iro river.

The river’s floodplains, which reach into the distance over the river’s western banks and are covered with a tall, tough grass species, provide a view of Shompole Hill. Maasai herders do not appear to graze their livestock in this location, presumably to save it for emergencies such as droughts. When it’s colder, herds of Zebras, Giraffes, and Elephants come out in the nights to feed in the region.

Shompole Hill is not accessible by public transportation. To get there, you’ll need a 4WD car.

Take Lang’ata Rd, then Magadi Rd, all the way to Lake Magadi’s factory and town, passing via Ongata Rongai, Kiserian, and Kona Baridi. Beyond Lake Magadi, the asphalt road is replaced by a marram track that crosses a dry lake in some portions before climbing up onto a dusty track that takes you past Oloika and Shompole. Don’t cross the bridge to Shompole Conservancy when you see it. Instead, keep left and hug the river until you reach the southern side of Shompole Hill, which is closest to Lake Natron.

Note: A territorial war is raging between Shompole native guides and a firm at Lake Magadi that claims exclusive rights to all excursions to Lake Magadi, Shompole, and Nguruman. To avoid having to pay twice for your visit, request that the local guide meet you at Lake Magadi.

The Shompole Conservancy is a huge privately owned and administered conservation area in Kenya’s Great Rift Valley. It is sandwiched between two alkaline lakes, Lake Magadi to the north and Lake Natron to the south.

The conservancy is located in the division of Magadi. The resort is located at the end of the Ngurumani escarpment, about 5 kilometers (3.1 miles) from Lake Natron on the Kenya-Tanzania border. The reserve is part of the Shompole group ranch, which spans 62,700 hectares (155,000 acres) and is held by the Loodokilani Maasai, who have around 2000 registered members. The lodge was shuttered in September 2011 while the proprietors talked to the Maasai tribe about its future and that of the reserve.

The climate in the conservancy is dry, with the warmest months being October and November, and April and May being the wettest. Umbrella thorn trees and multicolored toothbrush tree are examples of flora adapted to semi-arid environments. The Ewaso Ng’iro (Brown River), which runs into Lake Natron from the Mau forest to the north, is the primary source of water. The riverbanks are covered in riverine thickets. Giraffe, buffalo, elephants, gerenuk, and oryx are examples of wildlife.

There are no serviced campsites within walking distance of the hill. As a result, you’ll need to carry adequate water for cooking and drinking, as well as tents and other camping gear. To pitch your tent, choose any good location along the river. Alternatively, you may stay at the tented sites at Shompole Conservancy, which are a little further away from the hill.

Make plans for your Guide’s lodging and meals, or ask him if he’ll be able to make his own arrangements. Local guides frequently forget to ask for your help with these issues, yet they still expect it.

Shompole Hill may be scaled through a number of different ridges. However, the majority of them are not continuous, with alarmingly steep gulleys interfering with any attempts to reach the peak. If your goal for climbing is to plant your flag on the top, you’ll be wasting your time if you take the southwestern ridge mentioned here.

You’ve come to the correct location if you want to see some of the most incredible views of Lake Natron’s shoreline on the Kenya-Tanzania border.

Walking over 1km between the Southern Ewaso Ng’iro river and the foot of the southwestern ridge is your first challenge. This requires carefully walking over pebbles, occasionally getting your foot snagged and stumbling, and learning to keep going no matter how difficult it becomes. This comes to a halt at a seasonal river crossing, when the ascent begins.

The following 2 to 3 kilometers consist of a succession of steep rises along a gravelly route, with prickly dryland shrubs grabbing at your long-sleeved T-shirt or leaving red scratches on your exposed arms if you are not cautious.

Views of the white salt-covered dry northern coasts of Lake Natron appear halfway up the ascent, crisscrossed by brown tentacles of the muddy Southern Ewaso Ngi’ro waters as they pour into the lake. The hillside’s red, yellow, and green colors blend with the lake’s white, brown, and blue colors to create a stunning sight. The vision is completed with circular Maasai Bomas nestled between the hill and the lake, as well as distant vistas of the Nguruman Escarpment.

The ascent quickly becomes a succession of drops, some of which are over 10 feet deep, and climbs over loose rocks, with sheer fall on both sides of the ridge.

As the rocks break off readily when dragged on, navigating these parts becomes increasingly risky, necessitating extra caution. At 1,100 meters above sea level, the route comes to an abrupt halt, with the next obstacle, a 20-foot abyss dividing this crest from the remainder of the Hill. A vast semi-circular depression in the shape of an amphitheatre can be found to your right, with the peak located beyond the top of this structure.

Following a wet season, a prior visitor to Shompole Hill provided these wonderful images of the location.

We go deep into the Rift Valley in Maasailand’s grasslands, past Lake Magadi, which is a jewel with Lake Natron in the foreground.
Shompole Hill (950 meters above sea level) is located on the Kenya-Tanzania border. We begin our adventure with a climb up to Noonkoile View Point, which offers spectacular views of Lake Natron and Tanzania’s Mount Lengai.
Later in the afternoon, we go for a walk along the Ewaso Ngiro River, and those who want to swim are invited to do so. So don’t forget to put your bathing outfit away.
We return to camp later that evening for an evening around the bonfire.
On the second day, we begin our ascent from the base of Shompole Hill.

6.00 am Leave Nairobi for Shompole

12.30pm Arrive at Shompole and get to orient ourselves

6 .00pm Arrive back at the camp for an evening tea and snack

6.30pm Gather at the bonfire as we play cards and share our stories and connect as you chat the night away.

8.00pm Bon firing into the night

6.30 am Breakfast is served

7.30 am Nature trail trek to the peak to catch the sunrise 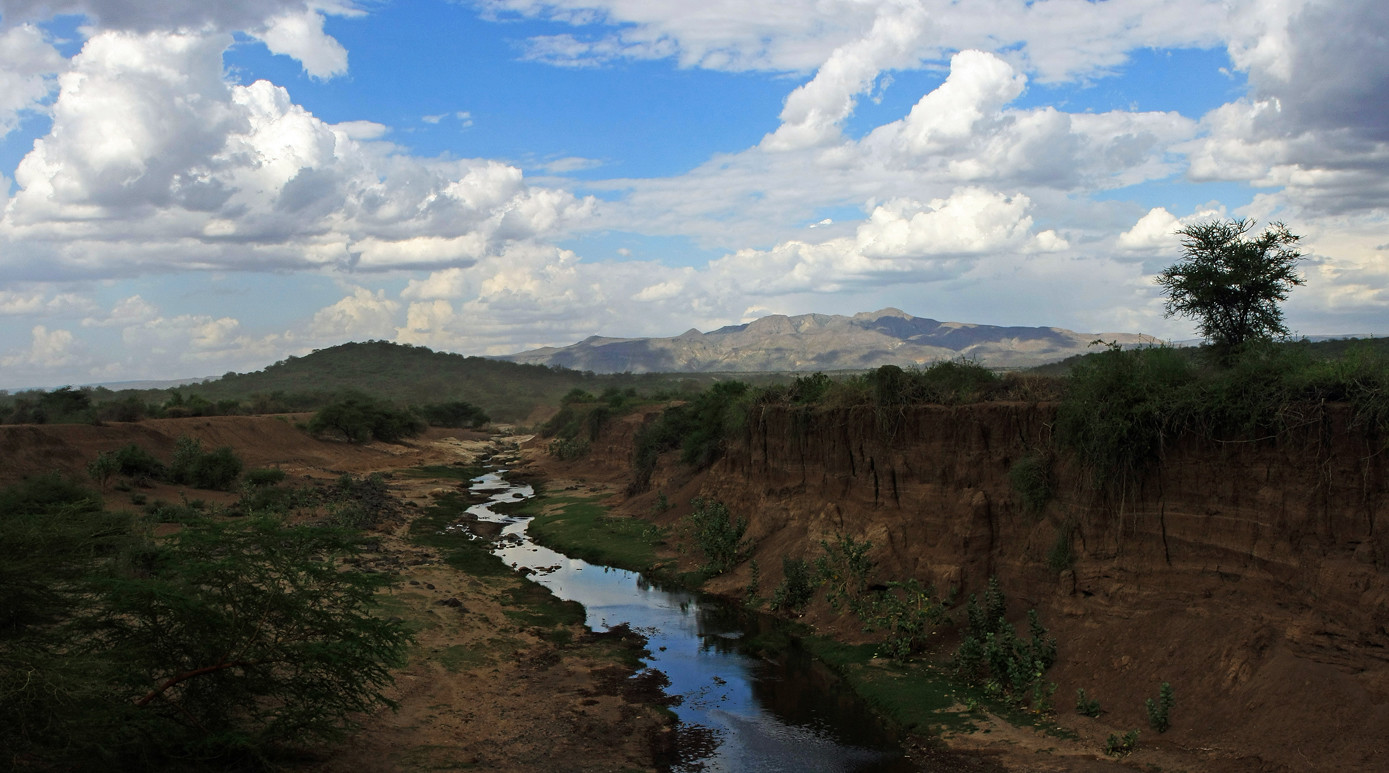 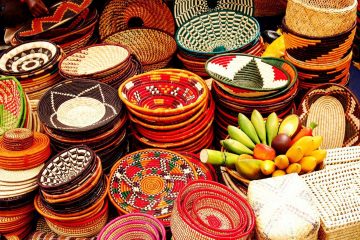 The bustling Maasai Market in Nairobi, a 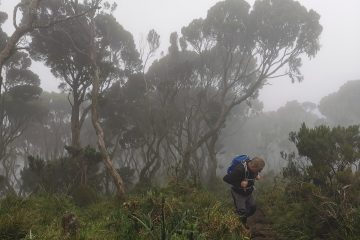 The Aberdares slopes are also a key 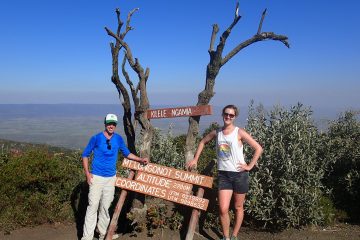 Climb Mount Longonot in Kenya with Tranquil
Starting from