Can you drive up Mount Kilimanjaro?

Can you drive up Mount Kilimanjaro? 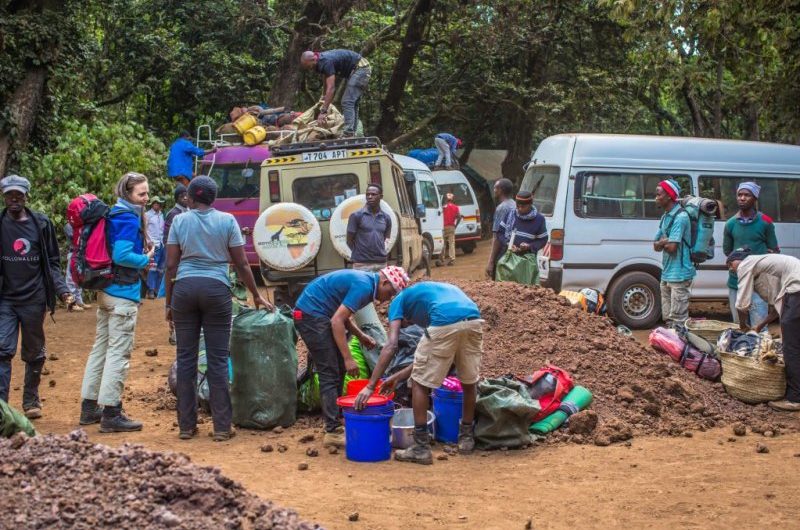 Many of you may have wondered if you can drive up Mount Kilimanjaro using a vehicle instead of hiking it physically. Is it, therefore, possible or reasonable enough to drive up the mountain?

Yes, you can but up to a certain point then after that, it is prohibited to proceed further. Other than that the trail conditions do not allow passage of vehicles beyond designated points.

Can you drive to the summit of Mount Kilimanjaro, Uhuru Peak?

Although you can drive up a part of Mt. Kilimanjaro, you will not be able to reach the peak. The Shira route, which takes you up the slopes of Kilimanjaro to 11,000 feet, is the closest you can go to the summit of Kilimanjaro by car. After that, you’ll have to climb the rest of the way to Uhuru Peak, which is 19,3000 feet above sea level.

Let’s talk about why you shouldn’t utilize this approach to climb Kilimanjaro and what you can do instead to assure you reach the peak.

Can you drive up Kilimanjaro?

The Shira Route is the quickest and most direct route to Kilimanjaro’s highest point accessible by car. The journey begins with a drive through the rain forest and up into the moors, where you will begin at a height of 11,000 feet.

Why driving up Kilimanjaro is dangerous.

If you’re a newbie, you might believe this is a good place to start your Kilimanjaro climb. You could believe that the long trek you’ll save and the height you’ll acquire will put you ahead of anyone who starts their trip at the mountain’s foot.

Ironically, it’s one of the worst routes for a first-time climber on Kilimanjaro. If you choose this path, you’ll be less likely to reach the summit of Kilimanjaro, and you’ll be at a disadvantage to those who begin at the bottom.

As I stated in my post on how fit you need to be to climb Kilimanjaro, a successful summit of this mountain is determined by your body’s ability to adapt to high altitude rather than your physical fitness.

Altitude sickness (a disease that occurs when the body is deprived of its usual supply of oxygen owing to thinner air at high elevations) affects roughly half of all climbers on Kilimanjaro, regardless of their physical fitness or route used.

According to the journal High Altitude Medicine & Biology, Acute Mountain Sickness affects approximately 47 percent of climbers regardless of their route.

When you begin your climb at a higher height, such as the Shira Route, your body will have had less time to adjust to the higher elevations than if you began from the bottom.

Someone who begins their journey at the bottom of the mountain is more likely to suffer altitude sickness.

On such a route, it’s usually recommended that you take 1-2 days to acclimate at lower elevations before attempting to move higher or making a summit bid. Higher extra days will allow your body to acclimatize to the reduced oxygen levels seen at these elevations.

Do evacuations from Kilimanjaro use vehicles?

According to what I’ve learned, most summit evacuations employ stretchers to transport people to lower elevations because there are no roads appropriate for vehicle use at high heights where catastrophes occur.

However, I discovered that the road that leads to the Shira Route is also utilized for Western route emergency evacuations.

Apart from the Western elephants, Lemosho, and Shira, I couldn’t identify any elephants on Kilimanjaro that have road evacuations.

If the situation is more serious, I discovered that some businesses use helicopter rescue to remove their climbers.

So should I drive up Mount Kilimanjaro?

I would not advocate using the Shira way to climb Kilimanjaro since the downsides outweigh the benefits for me. Before climbing Kilimanjaro, I would work out and climb other mountains to prepare because if I am crossing international boundaries to climb a mountain, I will feel more fulfilled if I had completed the full journey.