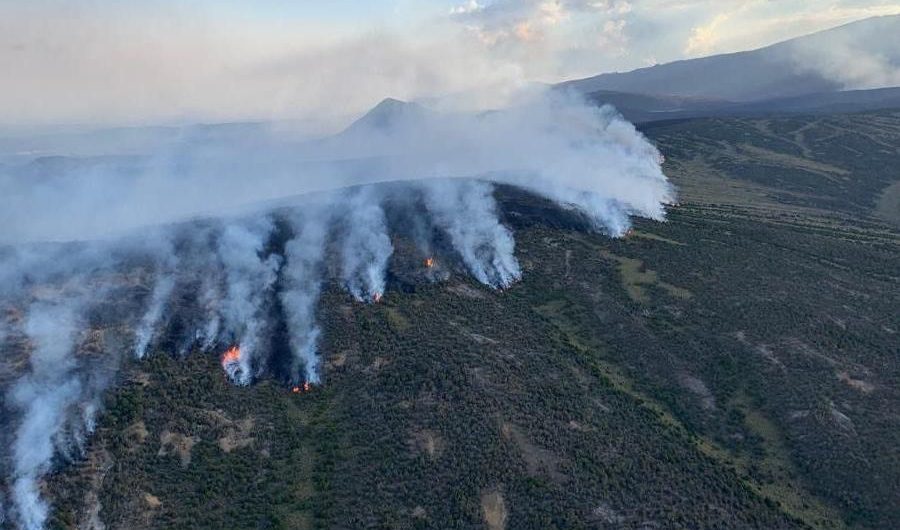 On Friday, wildlife rangers, soldiers, and large volunteer teams worked to put out a major forest fire that had been burning for over a week in Mount Kenya national park.

The Kenya Wildlife Service (KWS), the government agency in charge of national parks, claimed the fire started on Saturday and that it had damaged more than 80,000 hectares (200,000 acres) surrounding Mount Kenya.

KWS claimed in a statement that “we have made considerable progress in suppressing the Mt Kenya fire,” but that new breakouts have been reported.

Shuttle runs were flown by helicopters to help the volunteers who were working in the forest to put out the fire. Others created massive water drops to put out the flames.

The mountain’s top, which stands at 5,199 meters (17,057 feet) and is Africa’s second tallest after Kilimanjaro in Tanzania, was coated in ice and snow patches above the clouds of smoke.

Rangers from the Kenya Wildlife Service (KWS), the Kenya Forest Service (KFS), and the Kenya Defence Force (KDF) were among those who fought the fire (KDF).

“Hundreds of community people, volunteers, KWS and KFS rangers, and KDF teams are busy creating fire breaks and putting out flames on the mountain,” the Mount Kenya Trust, an organization dedicated to forest conservation, stated on Friday.

The park straddles the equator, some 193 kilometers (120 miles) northeast of Nairobi, with the mountain at its heart.

The United Nations designated Mount Kenya as a World Heritage Monument in 1997, and climate change is listed as “possibly one of the most important long-term dangers to the site.”