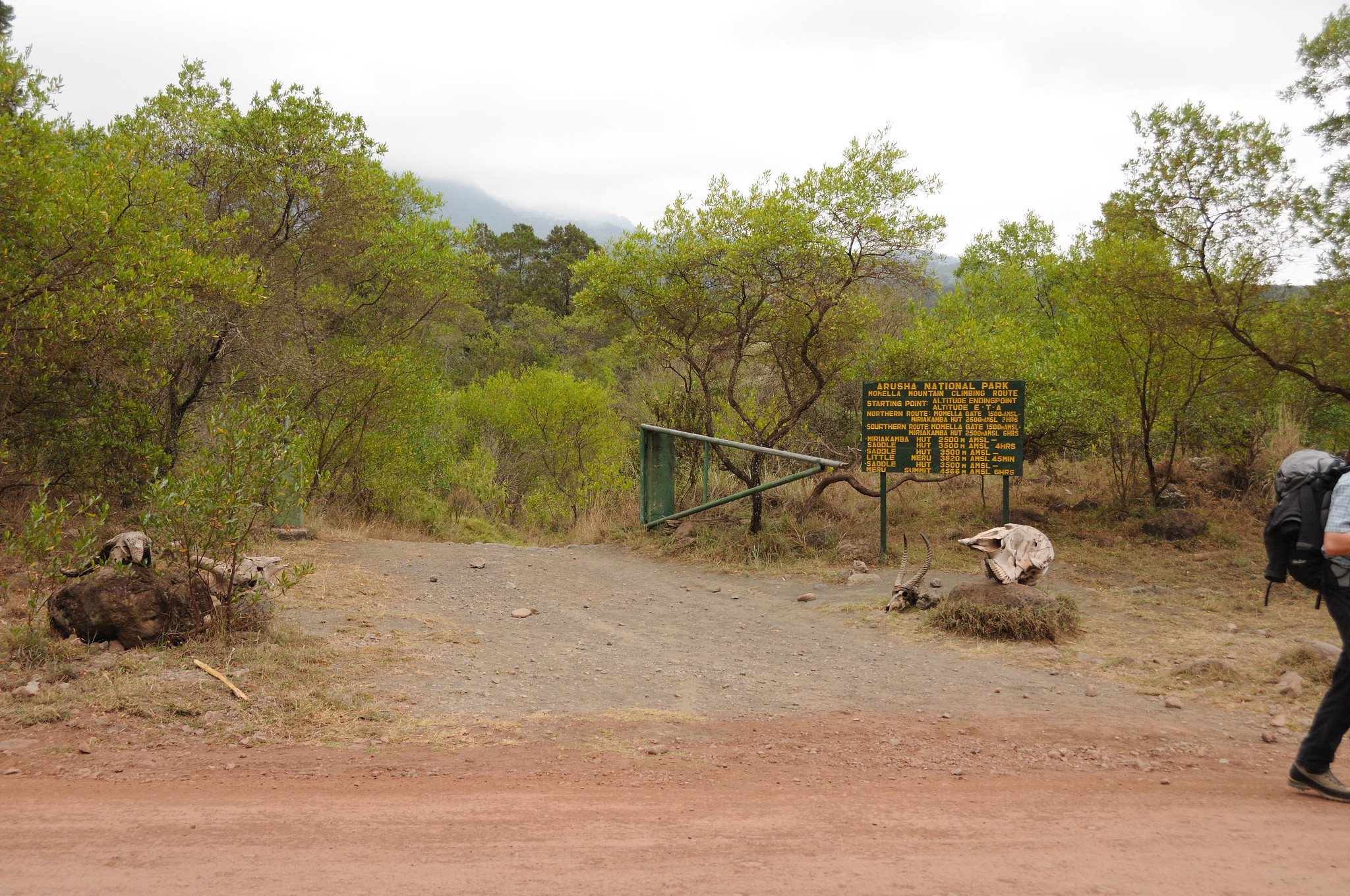 The Momella gate is Mount Meru’s both entry and exit points found on the North of Arusha National park on your way to climbing Mount Meru.

One of the northern entrance/exit points into Mount Meru in Arusha National park, the Momella gate is found near the rural suburb of Momela on the foot slopes of mount Meru to the northeastern side of the mountain.

The Momella Gate plays the role of being the administrative block for TANAPA, where permits for each and every climber aiming to climb Mount Meru or any vehicle that enters and leaves Arusha National Park and its environs may be checked or acquired.

Momella gate registration and inspection procedures may include:-

Failure to which entry may be denied.

Even though the Momella gate is the one frequently used for accessing Mount Meru, there are other gates in the area placed on each side of the park totaling to a number of four security gates. Ngongongare gate on the South and the rest of the park; another gate located on the east towards the Momela lakes; the third and another gate on the West of mount Meru; and the last gate located on the northern side of the park, for exiting.

There is ample parking space at the gate, a modern administrative office for TANAPA official duties, a ranger’s post, W.C flushing toilets with water in them, benches for having meals or just relaxing, souvenir shops and a cafeteria whereby you can order foods and drinks.
All these facilities and buildings at the Momella Gate are solar-powered.

Activities Near and at the Momella Gate

There is nothing much to do at the Momella gate apart from registration-related purposes and acquiring entrance permits for Mount Meru and verification of Mount Meru entrance fees.

Arusha national park fees and Mount Meru entrance fees are paid electronically using either credit cards, visa cards or TANAPA pay cards, it would be nice to have your mode of payment ready before reaching the Momella Gate.

N.B: Campsite and Rest Houses keys for Mount Kilimanjaro and Arusha national park are obtained/issued here so visiting this gate and following all the required procedures are very important.

You also get the chance to shop for artifacts, handcrafted items, and memorabilia at the Souvenir shop located at the Momella gate..

The Momella gate also acts as the meeting point between climbers and the mountain crew before beginning your Mount Meru trek.

The road to Momella Gate is always maintained as buses and other vehicles use it as well, so you can visit the gate any time of the year.

Other places beyond the gate may depend on the weather however as it would not be favourable to visit during the rainy months of March to June as paths get slippery at times.

Momella gate is situated along the border and inside the Arusha national park to the north in the remote and rural suburb of Momella.

The gate is also located on the foot slopes of Mount Meru, near Uwanja wa Mbogo (buffalo’s glade), Tululusia waterfalls and some of the park’s public campsites.

How to get to the Momella Gate?

The Momella Gate is best accessed by road, you can either use private of public transport as there are buses that head to the gate coming from Moshi and as far as Arusha Town.

Once you reach the Momella gate the rest of the area attractions and public campsites can be accessed on foot while walking. 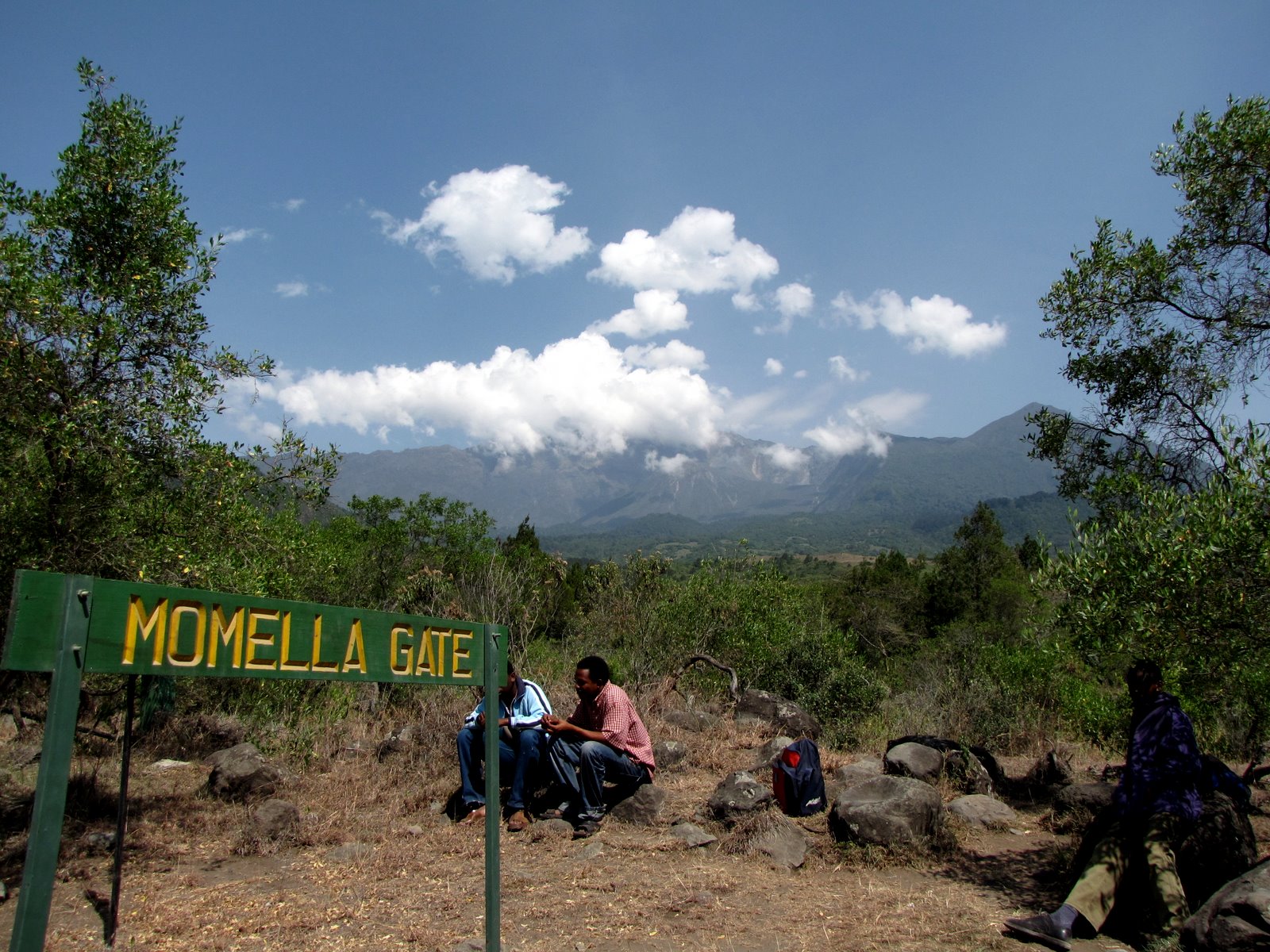