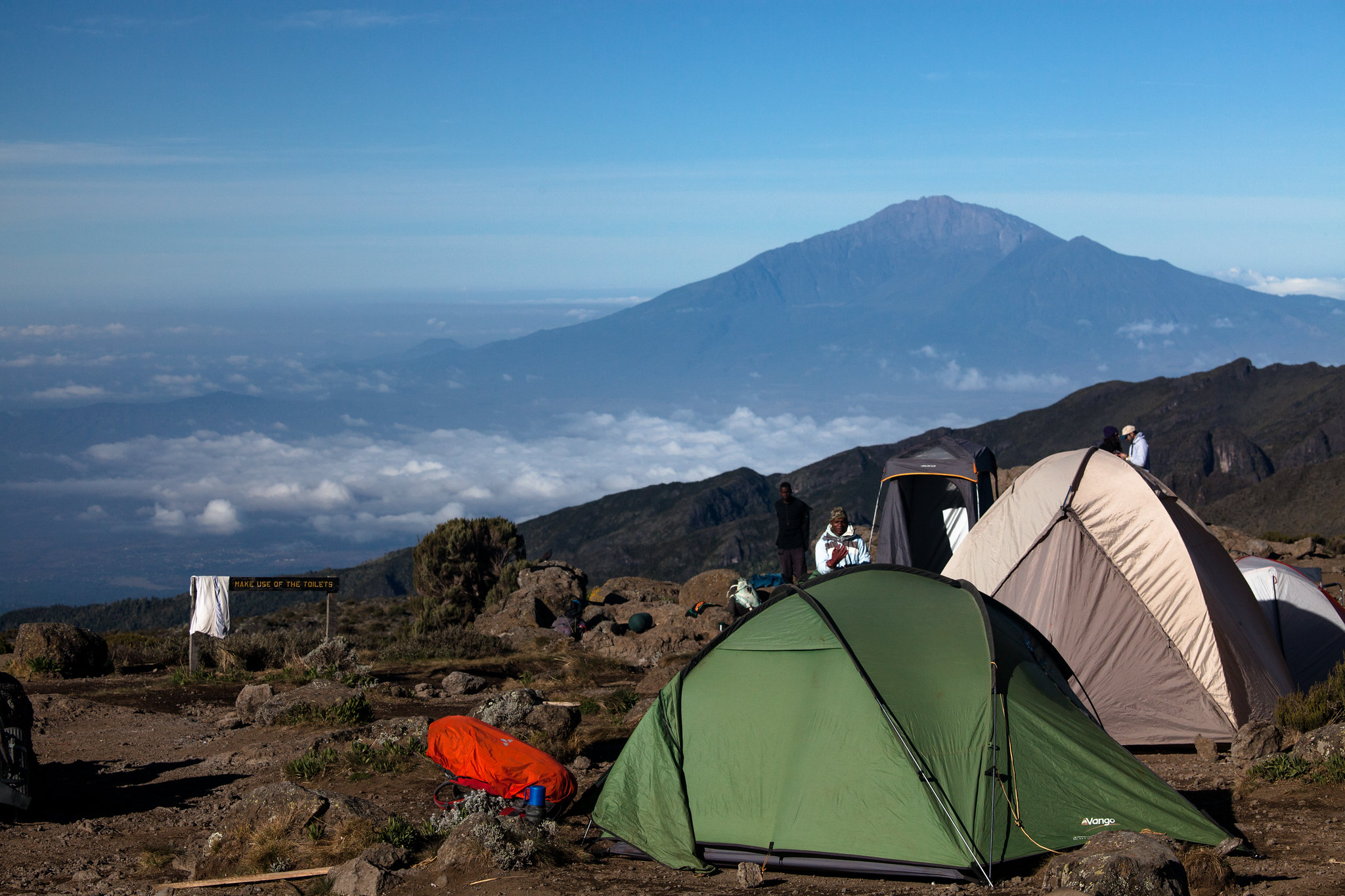 The Shira 2 is situated along the Shira and Lemosho route. This camping area is the third camp you encounter for both routes and is used for ascent while going up Kilimanjaro Mountain.

Shira 2 campsite’s name that it got because of its nearness to the Shira plateau resembles the name of the previous camping area before reaching this one, the Shira 1 Campsite.

There are no accommodation buildings here, therefore climbers are required to come with their own tents for pitching.

Shira 2 campsite provides a mix of 2 types of toilets used on Mount Kilimanjaro namely:- the old-style pit latrines built inside a small wooden shack and the cleaner, solar-powered toilets built quite recently with roofs that let sunlight in.

The other structure on this campsite is the ranger’s hut built with green metal. 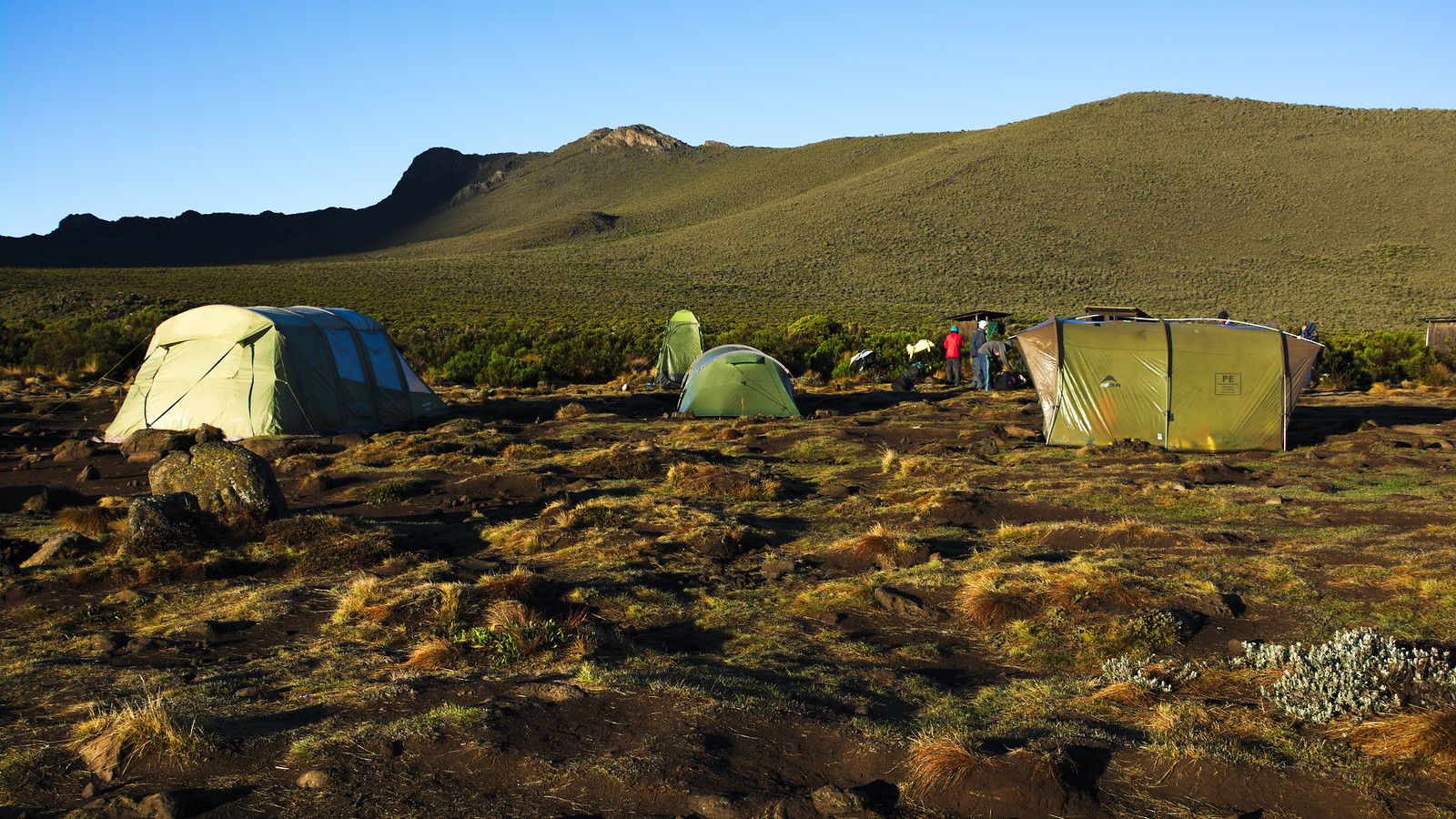 Just like the previous camp named Shira 1, the Shira 2 campsite is also located on the Shira plateau, one of the least popular peaks on the Kilimanjaro mountain as compared with Kibo and Mawenzi.

The campsite is located on the moorland zone in the northwestern part of Mount Kilimanjaro. This zone is characterized by high winds, low temperatures, short bushes, a few rocks, and moderate rainfall.

The next campsite after Shira 2 Campsite is the Lava tower campsite, while the previous campsite before this is the Shira 1 campsite for climbers using Lemosho or Shira routes. 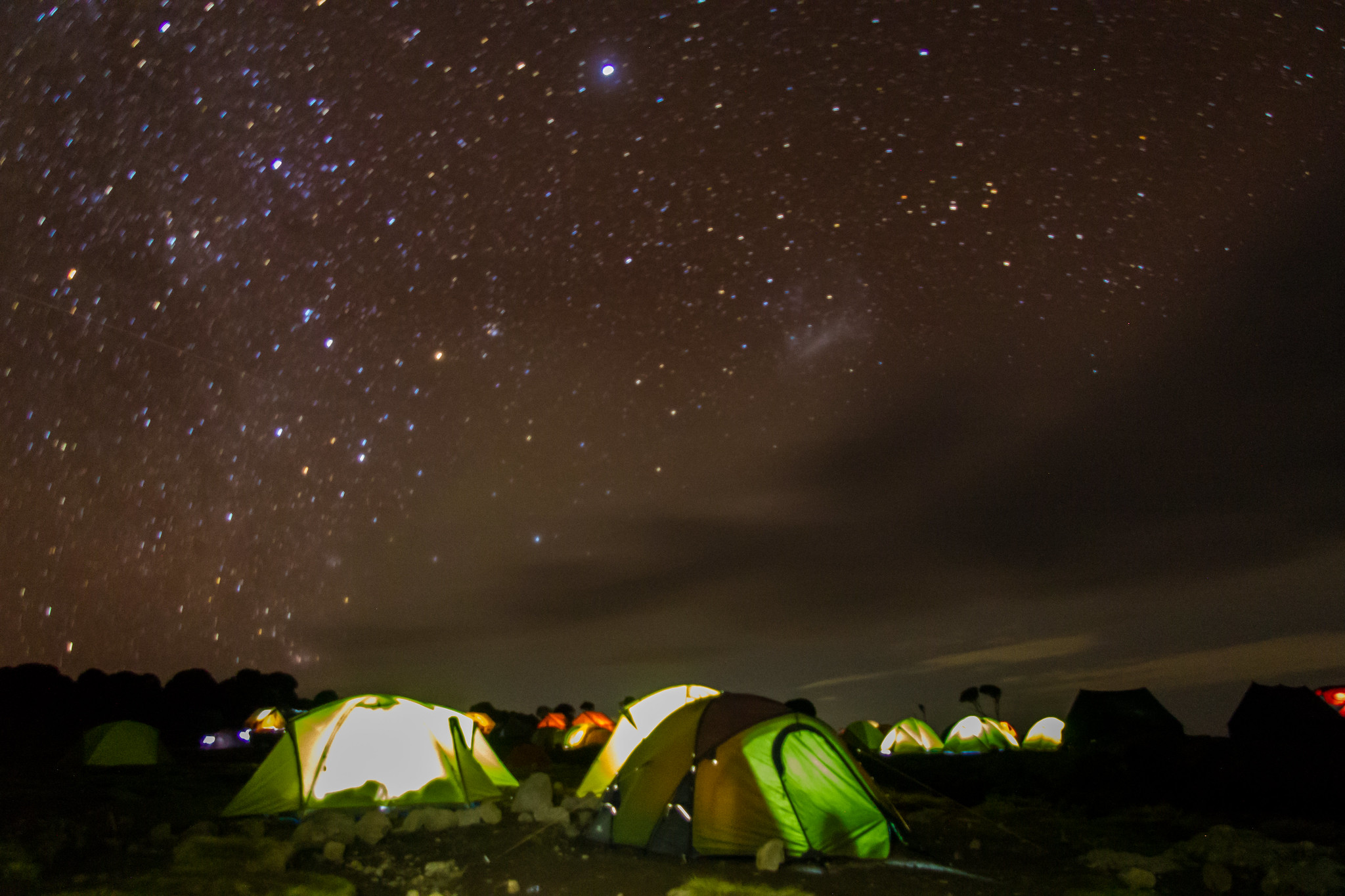