The name Mount Everest which is associated with the highest peak in the world is named after Sir George Everest, a Welsh surveyor and geographer who served as the Surveyor General of India from 1830 to 1843. The mountain was originally called Peak XV by the British surveyors who first spotted it in 1856, but it was later renamed in honor of Sir George Everest in 1865. The local name for the mountain is Sagarmatha (in Nepali) or Chomolungma (in Tibetan), which both translate to “mother of the universe”.

A sizable portion of humanity is familiar with the name “Everest.” It is simple to pronounce and easy to recall across the major languages, making it appear if it was specifically designed for a geographical milestone that is so conspicuous in every manner. The British surveyor and geographer Sir George Everest, the man whose name was chosen to signify the roof of the globe, was the only one who disagreed that the highest peak on Earth should wear this name.

Although it was usual for explorers to leave their names in some of the areas they visited during the Golden Age of Exploration, this is not one of those instances. In fact, George Everest (July 4, 1790 – December 1, 1866) was never able to view the peak that would carry his name. His was not the romantic story of the explorer, but the more technical and understated tale of the surveyor, despite the fact that he had more than enough worth to make his mark on the history of geography.

Everest, who was raised in a reputable Greenwich neighborhood of London, left his hometown when he was 16 to pursue a military career in India. His aptitude for arithmetic and astronomy soon prompted him to take on surveying positions, and in 1818 William Lambton, the project’s director, requested his services as a major assistant.

Before we dig deeper into how the name came about and who George Everest really was, here is some interesting information about the bearer of the name, Everest.

The peak, which the British had previously referred to as Peak XV, was officially renamed Everest in 1865. 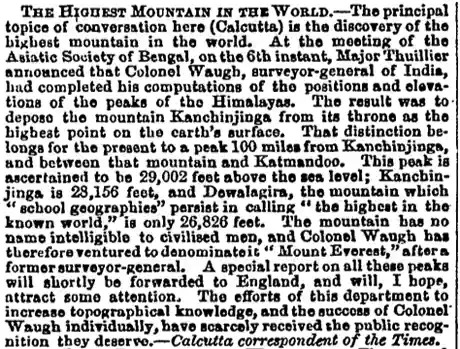 How to pronounce the name Everest correctly

The way Mount Everest is currently pronounced is wrong, and neither was the way George Everest originally pronounced his name. It was intended to be pronounced “Eve-rest,” with the first portion being spoken like the name of a lady or if you like Adam’s wife “Eve”, from biblical history, the first woman to be created in the garden of Eden. However, the peak is now referred to in English as “Ever-est” or even “Evv-rest.” Although there isn’t really a right or incorrect way to pronounce names, the Royal Geographical Society had a different goal in mind when it first started.

Read also, how to pronounce the name Mount Kilimanjaro properly

Where did the name Everest come from?

In 1856, British surveyor George Everest gave the summit his name. According to legend, Radhanath Sikhdar, a mathematician for the Great Trigonometrical Survey of India, found what he believed to be the world’s highest mountain in 1852. This was later confirmed, and although the peak was previously known as Chomolungma by the Tibetans and Sagarmatha by the Nepalese, the British chose to rename it in honor of Colonel George Everest, the survey’s director (although he was always rather embarrassed by the honour).

Who was George Everest? 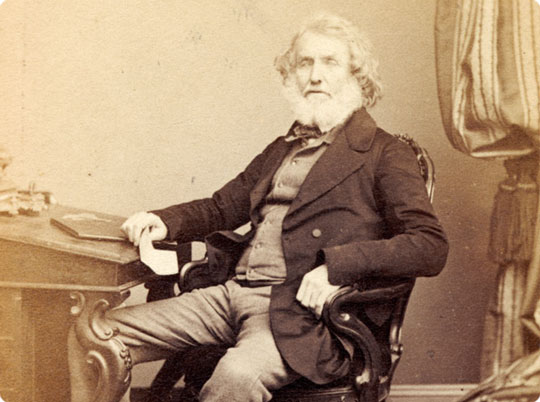 Sir George Everest, who served as India’s first surveyor general was a Welshman who was born in either Crickhowell, Wales or Greenwich England, on July 4th, 1790. However, Andrew Scott Waugh, George Everest’s replacement as Surveyor-General of India, carried out the survey of Mount Everest, not the former surveyor. Waugh made the suggestion for the 1865 renaming of the mountain.

The Great Trigonometrical Survey of the Indian Subcontinent was George Everest’s most significant achievement. This was an attempt to conduct a detailed scientific survey of the enormous Indian continent. The Everest, K2, and Kanchenjunga, the three tallest Himalayan peaks, were measured as part of this survey. The survey also made the first precise measurement of a segment of an arc of longitude, which was a significant accomplishment.

In 1806 George Everest and Colonel William Lambton, whom he helped, began working on it. After Lambton’s passing in 1823, Everest kept working on this, and a few years later he was appointed Surveyor-General of India.

Following that, he would be able to oversee all geological and surveying missions throughout India.

The survey was completed in 1871 under James Walker, who replaced Andrew Scott Waugh.

The goal of this endeavor, which began in 1802, was to accurately measure the whole Indian subcontinent. Everest was given the arduous duty of continuing the measurement of a meridian arc that stretched 2,400 kilometers from the southern tip of the peninsula to Nepal. Everest’s commitment was recognized by Lambton’s death in 1823, when he was appointed project superintendent, and by his appointment as Surveyor General of India in 1830, a position he maintained until his retirement in 1843.

A COMMITTED SURVEYOR WHO HAD CONTRACTED MANY ILLNESSES

The numerous sicknesses he suffered throughout his years of fieldwork may be the most well-known element of those years.

Malaria was nearly unavoidable, but a 2013 study attempted to list and identify additional illnesses, including typhoid fever, hepatitis, Kyasanur forest disease (a viral hemorrhagic fever spread by ticks), peripheral neuropathy and vision issues that raise the possibility of multiple sclerosis, cervical radiculopathy (a pinched nerve in the neck), Guillain-Barre syndrome (an autoimmune disorder of the nervous system), and possible neurosyphilis.

Everest was a tireless and diligent worker who opened the doors of several important scientific institutions, including the Royal Society, despite his more than precarious health.

Andrew Scott Waugh, a student of his who had finished measuring the meridian in the north and seen what was then one of the snow-capped Himalayan peaks, took up his job in India after he retired and returned to England. The head of the group of “computers,” Indian Bengali mathematician Radhanath Sikdar, didn’t tell Waugh that the alleged Peak XV, with a computed elevation of precisely 29,000 feet or 8,839.2 meters, was the highest point in the globe until 1852. (today corrected to 8,848 metres).

He Didn’t Want Everest to Bear His Name

It took Waugh some time to verify the calculations, but in 1856 he presented his findings to the Royal Geographical Society and suggested calling the tallest mountain on Earth Mount Everest. Both Waugh and his master used to call the geographic features they described by their native names. But in this instance, Waugh claimed, the mountain itself was outside the purview of British administration and the communities to the south did not use a single name to refer to that peak.

The name suggested by Waugh was ultimately formally accepted in 1865 after much discussion. However, the plan encountered unexpected opposition: that of Everest himself, who argued that his surname was impossible to write in Hindi and was difficult for locals to pronounce. Anecdotally, one may say that Everest’s resistance was successful because Sir George’s surname was pronounced “eev-rest” but the name of the peak is often pronounced as it is written.

The original local Tibetan and Nepali name for Mount Everest

The renowned Swedish explorer Sven Hedin discovered the long-forgotten Tibetan name Cha-mo-lung-ma in the early 20th century. In reality, the name had already been printed on a map in Paris in 1733 by the geographer D’Anville. Therefore, Chomolungma, sometimes written Qomolangma, which means “Goddess Mother of the World,” is the traditional, indigenous Tibetan name for Mount Everest. The pronunciation of Chomolungma is “CHOH-moh-LUHNG-m?” Mount Everest is referred to as Sagarmatha in Nepal, which means “Goddess of the Sky.”

Some people reserve the name Mount Everest to the tallest peak, referring to the entire massif of peaks as Qomolangma (Everest, Nuptse, and Lhotse). Despite this, the term “Mount Everest” continues to be the most well-known name in the whole world, denoting “a spectacular snowy mass” on the boundary between Nepal and Tibet in the planet’s largest convergent orogenic belt.

According to Craig Storti, author of his bestseller “The Hunt for Mount Everest,” “People had been waiting for years to survey some of these peaks since it appeared then that nobody had any method of getting to them, much less climbing them.”

Peak XV was located on the boundary between Nepal and Tibet, which is now a part of China and was off limits to outsiders.

Through a series of triangulation measurements, the height of the peak was determined from a location 170 kilometers distant in Darjeeling, India.

Peak XV should be given the name George Everest in honor of Andrew Waugh, the British Surveyor General of India, who successfully argued that since the two nations were inaccessible, no indigenous name could be chosen. Everest, who at first opposed to the distinction showered upon him, had no direct hand in the discovery of the mountain and never had the chance to view it. (Incidentally, we’ve been pronouncing his last name incorrectly; it was “Eev-rest” instead.)

See the top 10 highest mountains in the world here

How David Sharp met his controversial death on Mount Everest in 2006
Reply
[…] George Everest, the guy that gave Everest mountain its name […]