The Mweka Route is an important route used when going down the mountain for descending Mount Kilimanjaro by all routes on the mountain except the Marangu Route which uses the same route to descend and the new Kilema Route, special for mountain bike treks.

The Mweka Route is usually used as the preferred descent route for the Machame, Lemosho, Umbwe and Rongai routes.

This route itself is the shortest route from a road head to Uhuru peak, which is purposely for descending the mountain.

The upper section of the Mweka Route to the summit is called the Barafu Route, which means ice in the local language, Swahili.

It is normally the first segment of the route encountered after having summited the mountain by the Lemosho, Machame, Umbwe or Shira Routes.

These four Mount Kilimanjaro routes are linked to the Barafu-Mweka Route by the high-level crossing underneath the Southern Ice fields of the Kibo South Circuit rewarding you with spectacular sceneries.

How long does it take to descend Kilimanjaro via Mweka Route 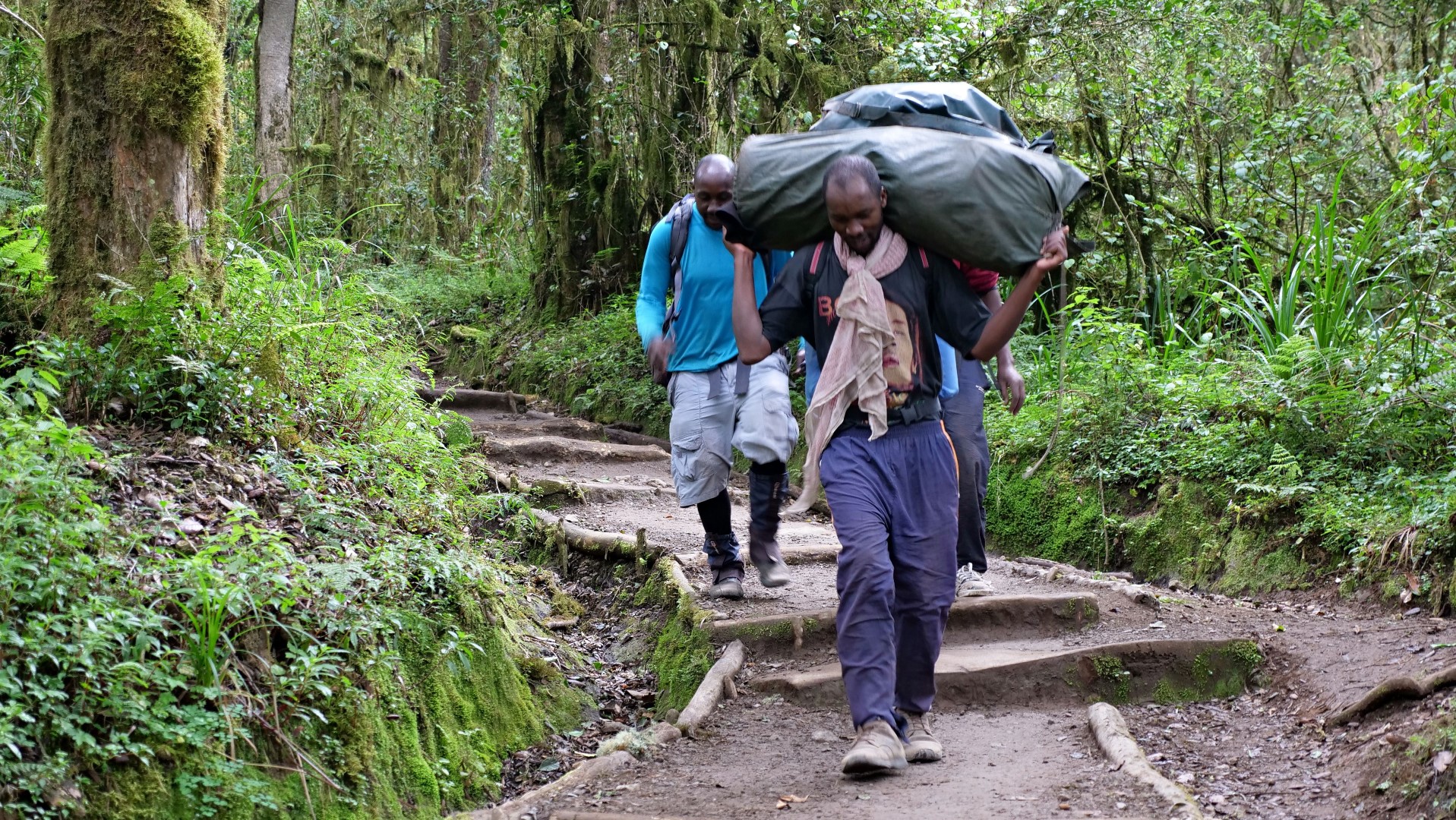 Marangu route is another route that is used to come down the mountain. It is only used by climbers that have chosen to climb using the Marangu Route. Climbers use the same route to descend after reaching the peak of Mount Kilimanjaro.

If you are looking for a descending route from the top of Mount Kilimanjaro that will be easier on your knees, then Mweka Route would be the best option. This is because, between the two, Marangu Route has a steeper altitude profile and the Mweka route is less steep and better for your knees. When you choose the Marangu route, you do not have a choice as you will use the same route for both climbing and descending, meaning that the Marangu route is more boring and monotonous.

Which Routes use the Mweka Route for Descending Mount Kilimanjaro?

Machame Route, Lemosho Route, Rongai Route, Northern Circuit, and all the other routes, except the Marangu Route use Mweka Route for Mount Kilimanjaro descent. Below is a table showing the routes used for descent.

What is Stella Point on Kilimanjaro?

What is the difference between the Kilimanjaro routes?

How many days are the Rongai, Machame, Lemosho, and Marangu routes?

What is the success rate for the Rongai, Machame, Lemosho, and Marangu routes?

What are the accommodations along the Kilimanjaro trail?

How do you charge your phone on Kilimanjaro?