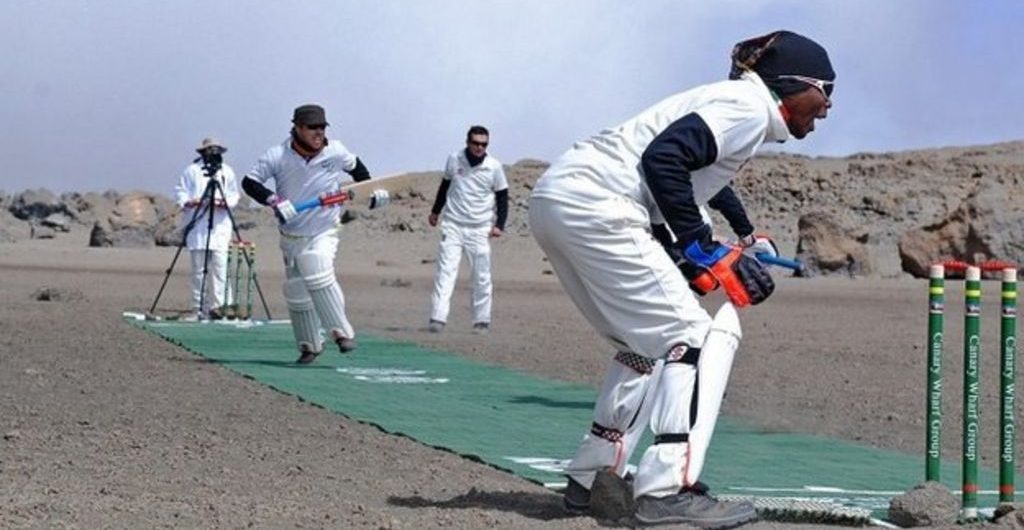 The world’s highest ever cricket match was played in a frigid ice crater on the peak of Mount Kilimanjaro on Friday, with balls pulled from thin air and whacked onto the roof of Africa.

The contest, which included former and present luminaries of the game like as England limited overs coach Ashley Giles and South African fast bowling icon Makhaya Ntini, was held not far from the top of Africa, a 19,341ft (5,895m) Tanzanian peak.

In an attempt to beat the record set in 2009 on Mount Everest, a party of more than 30 players, official umpires, and support personnel ascended over 20,000 feet to the top of the great African mountain over eight days.

The two teams, which included former England women’s captain Clare Connor, current national representative Heather Knight, and others from Australia, Canada, Kenya, and South Africa, arrived at their destination around dawn on Friday after gradually ascending the mountain to ensure proper acclimatization.

They then laid out a plastic pitch on top of the ice and began a complete Twenty20 match.

‘Wow! This is unbelievable! Former England spinner Giles tweeted from the peak, “We are playing cricket on the summit of Africa!”

Because balls fly longer at such a high altitude, the organizers packed 24 additional balls, as well as helmets, pads, and bats, to ensure the game wouldn’t be cut short due to a lack of supplies.

Before leaving, he stated, ‘I am not underestimating how difficult it will be because of the impact it would have on my body and psyche.’ ‘However, we should be able to help each other get over the obstacle and then play a game afterwards.’

Just a short climb from the Tanzanian mountain’s 19,341ft-high top, the match was played on a rolled-out plastic surface with a bright orange ball.

The teams risked acute mountain sickness, fatal pulmonary or cerebral oedema just by being there, let alone playing a game of cricket, but it’s all for a good cause.

They want to generate money for cancer research, African animal conservation organization Tusk Trust, and the construction of Rwanda’s first international cricket ground as a result of their efforts.

Once officials approve the match, it will shatter the 2009 Everest record by roughly 600 meters.