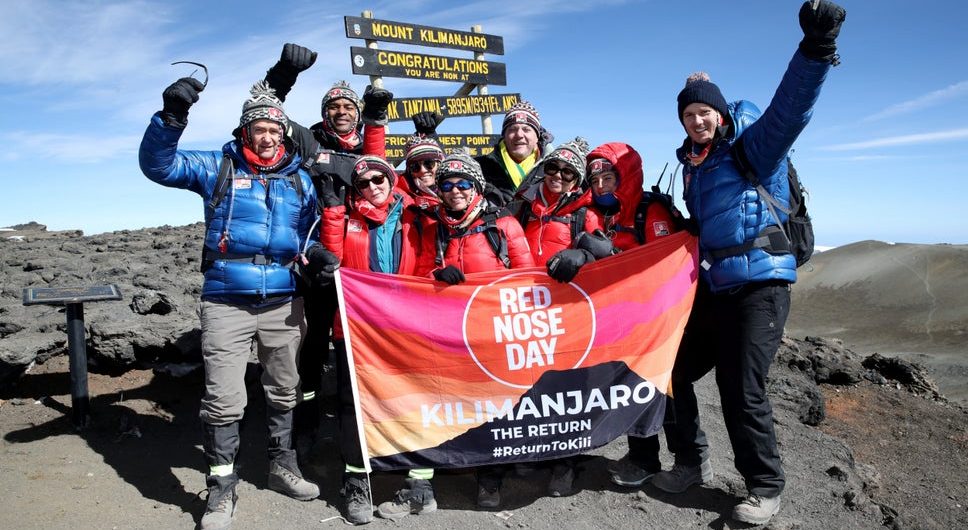 In order to earn money for this year’s Comic Relief, they had to climb Kilimanjaro over the course of seven days.

And once they eventually reached the peak of the huge mountain together on Friday, all nine celebrities who had immersed themselves in the task hugged.

Little Mix’s Leigh-Anne Pinnock and Jade Thirlwall, as well as Love Island winner Danny Dyer, were among the group that touched the summit of the mountain’s signpost.
The group put their arms around each other in relief as they reached the peak, dressed in thermal insulated jackets and patterned bobble caps.

The hike, however, was not without its difficulties, as many of the celebs were photographed struggling on the penultimate day of the ascent.

Dan was also seen hugging sports commentator Osi Umenyiora and congratulating him, while Anita Rani put on a joyous performance in front of the Kilimanjaro signpost, flinging her arms in the air.

As politician Ed Balls was seen wandering with the sun rising behind him, it looked that the crew was up early before reaching the peak.

Kilimanjaro: The Return for Red Nose Day will air the efforts of the group. 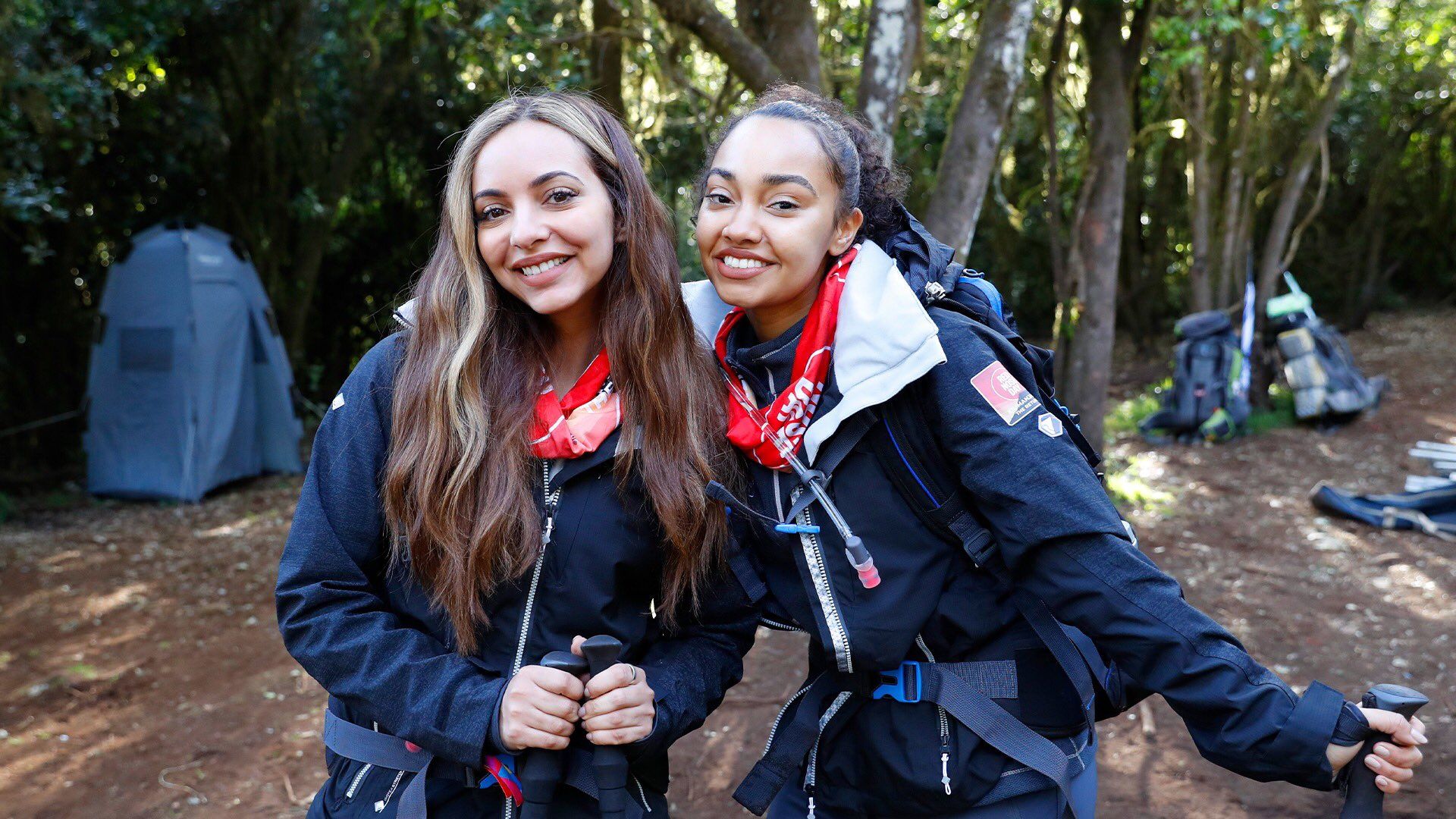 Several members of the group suffered from altitude sickness midway through the week, according to reports of the party’s spectacular trek.

The only indication of life for the climbers as the terrain became increasingly difficult was the occasional stray buffalo.

After a difficult few days of altitude sickness, the crew traveled across the Alpine desert to Pofu Camp, where they hope to acclimate.

‘It’s tiring, but I know I can do it,’ Dani added, despite suffering from headaches and nausea. I’m not going to be affected by the altitude. I’ll do everything I can to overcome it, but all of your gifts mean the world to us.’

Apart from the physical and emotional challenges, Ed was in high spirits on his birthday. On Monday, he remained up late in sub-zero weather to greet his wife, Yvette Cooper, who was phoning live from the sofa of The One Show.

Read more about, which celebrities have climbed Mount Kilimanjaro.

Yvette had snuck a vacuum-packed version of his favorite dessert, sticky toffee pudding, into his suitcase, which was devoured by the entire group.

As they journey further up the mountain, Jade, who has joined her bandmate Leigh-Anne for the excursion, confessed she has been battling nausea and a high temperature.

‘The past two hours have definitely been the most difficult,’ she remarked. I was quite unwell last night, vomiting, feeling queasy, having a horrible stomach, and a high temperature; I’m not sure if it was a bug or the altitude.

‘I’ve been taking medications and haven’t been sleeping well. My toe has a blister! It’s all happening at the same time! I awoke feeling a lot better this morning, everyone is in excellent spirits, and it’s all worth it for this incredible cause.’

Shine TV, which is producing a one-hour special documentary of the challenge, Kilimanjaro: The Bigger Red Nose Climb, will follow all of the drama up close and personal, capturing all of the highs, lows, twists and turns, and moments of madness on camera.

In the run-up to Red Nose Day, on Friday 15th March, the whole tale of how the group adjusts to their primitive camping surroundings, new climbing buddies, harsh temperatures, and crippling altitude sickness will be told on BBC One.

All funds received will be used to assist Comic Relief support initiatives both in the UK and throughout the world.

TranquilKilimanjaro
Previous postWendy Chioji, former Florida news anchor who climbed Mount Kilimanjaro and beat cancer twice dies aged 57 after losing her 18-year battle with the disease
Next postWhat are the characteristics of East African Rift Valley and how it is formed? What is the impact of the fault in the Rift Valley?