What are the characteristics of East African Rift Valley and how it is formed? What is the impact of the fault in the Rift Valley?

What are the characteristics of East African Rift Valley and how it is formed? What is the impact of the fault in the Rift Valley?

The East African Rift, sometimes known as the EAR, is Africa’s most important tectonic structure that occurred naturally.

The rift is a tiny fissure that separates two plates, and it is along this gap that the African Plate is breaking into two tectonic plates, the Somali Plate and the Nubian Plate.

A narrow rift valley, which is a normal or step fault spanning hundreds of kilometers, has emerged as a result of the divergence.

Africa will be divided into two independent continents in the future along the EARV.

Also read about how Mount Kilimanjaro was formed 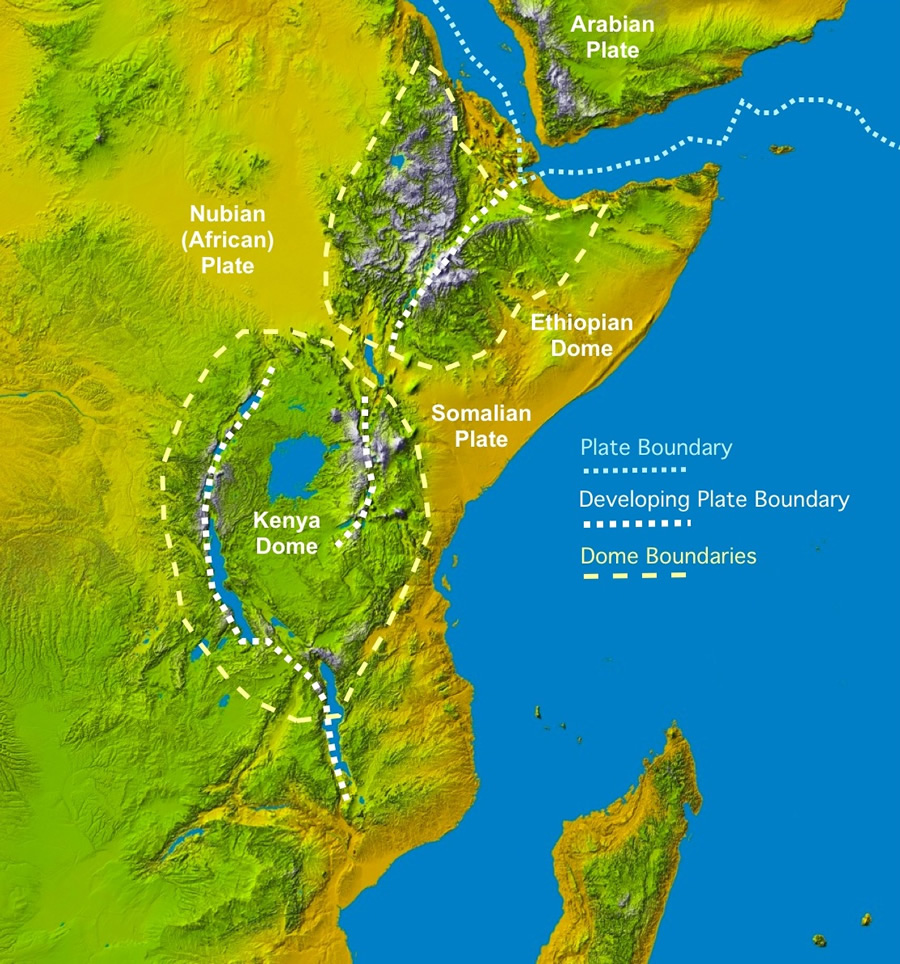 The EAR is divided into two sections namely.

The Main Ethiopian Rift, which runs eastward from Afar and then south to the Kenyan Rift Valley, is part of the Eastern Rift Valley. The Danakil depression and associated volcanoes make up the East African Rift Valley.

Mount Kilimanjaro, Mount Kenya, Mount Nyiragongo, Mount Meru, and the Crater Highlands in Tanzania are among the active and dormant volcanoes in the East African Rift Zone. Although most of these mountains are located outside of the rift valley, they were formed by EAR processes.

The African Rift Valley has a large number of boiling water lakes.

The EAR is the world’s greatest seismically active rift system. Africa will be divided into two continents along the East African Rift Valley.

The Afar Depression is the epicenter of the bulk of earthquakes, with the greatest earthquakes often occurring along or near major border faults.

The East African Rift Valley is a rich source of hominid fossils that may be used to research human evolution.

The Serengeti and Masai Mara are two of the world’s largest national parks, located in the Rift Valley. Hunting and being hunted is a scene that must be seen to be believed.

The Victoria Falls are located over the EARV escarpment.

Victoria falls in a magnificent canyon over the Zambezi River. It’s a scarp waterfall that cascades in a roar that can be heard for nearly a kilometer. As it runs along the Zambia-Zimbabwe border, the Zambezi river carves a deep, broad channel. The waterfall is nearly always accompanied by a rainbow.

TranquilKilimanjaro
Previous postCelebrities climb Kilimanjaro as all nine reach the summit after a seven-day trek for Comic Relief
Next postClimbing Kilimanjaro ranked best adventure in the world, followed by trekking to Machu Picchu and rafting the Grand Canyon, with hiking Ben Nevis top in the UK in world’s greatest adventures