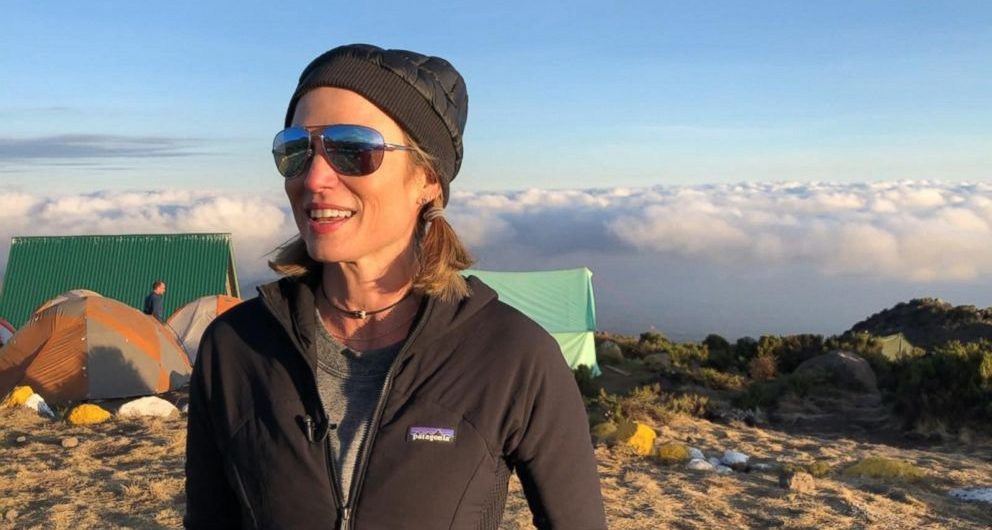 Amy Robach of Good Morning America was diagnosed with breast cancer in 2013.

And, five years after her diagnosis, the AM hostess is proving that she is still as brave as she was before.

Robach, 45, has devoted herself to tackle another massive obstacle: Mount Kilimanjaro, marking a half-decade after she was diagnosed with cancer.
Amy discussed how cancer survivors live in fear of their disease returning, despite the fact that she is well, and how she redirected her anxieties into a larger aim.

‘For every survivor, the danger of a recurrence looms big,’ she told Good Morning America on Tuesday.
Rather of living in terror, Amy chose to ‘enjoy [her] survival’ by starting her climbing adventure.

‘…In the midst of a health crisis, many of us want to address our fears, and the prospect of a recurrence looms big for every survivor. That is why I opted to celebrate my survival by embarking on a new sort of trip and confronting a new kind of dread.’

‘Five years later, I’ve asked my family and friends to help me celebrate my survival with something large – something 19,341 feet tall.’ Mt. Kilimanjaro, Africa’s highest mountain,’ she explained. ‘It just made sense for me because I had to climb another mountain five years ago.’

I had to fight breast cancer and endure a year of torment, like so many other women had, as well as a lifetime of terror. Dread of recurrence; fear of it returning; and rather than living in fear, I choose to live fearlessly.’

Her closest friends and family, including her 65-year-old father and 12-year-old daughter, joined her on the climb.

Amy described the climb as “the most wonderful experience of my life” in an Instagram post describing her adventure.

Ms. Robach, a mother of two young daughters and stepmother of three boys, was diagnosed with breast cancer in October 2013 after receiving mammography on live for Good Morning America.

She learned she had a malignant tumor in her right breast, and physicians detected a second tumor in the same breast, as well as some abnormal cells in the left breast, only after she underwent a double mastectomy.

Following the operation, it was discovered that cancer had progressed to her sentinel lymph nodes, indicating that the mastectomy was far from a cure-all.

Despite the treatments, she has maintained her optimistic attitude by concentrating on her profession.

TranquilKilimanjaro
Previous postFastest climber of 7 summits returns safely from Everest
Next postCan being gay really stop you from climbing Kilimanjaro?