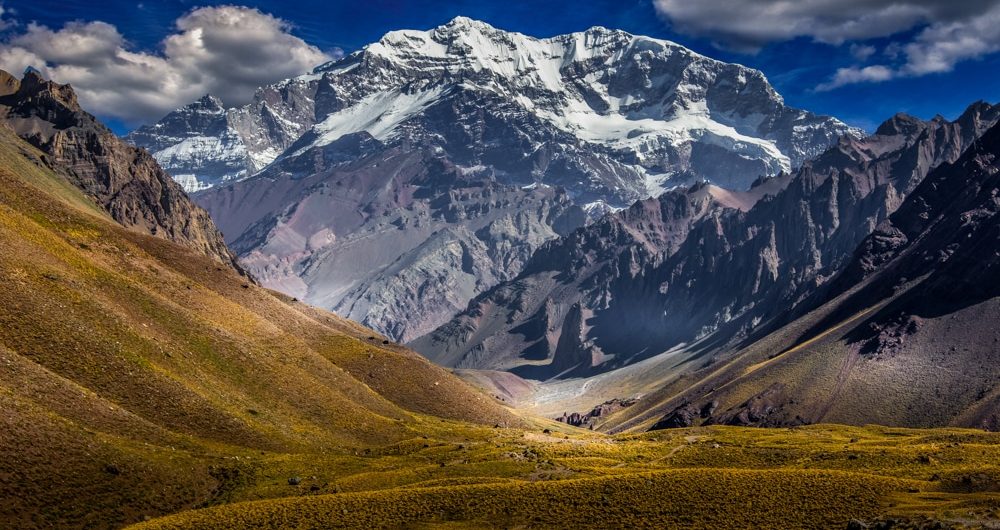 Kilimanjaro is, after all, a hike. It’s not quite an expedition, but more like a long weekend trek. It’s a pleasant trek because it passes across several distinct plant zones. Guiding is required. You generally have porters as well, so trekking with just a little day bag and a few hours a day is really comfortable. Summit day is just like any other trek, except that you have to start early because of some bizarre obsession with the sunrise – I think they’re just trying to make these 6 hours or so seem longer than they are. For the great majority of individuals, altitude is not a concern. For practically any reasonably fit hiker, this is the place to be. It was a wonderful trek. There aren’t any technical paths to take. It’s a lovely African colossus.

Which one is higher, Aconcagua or Kilimanjaro?

Aconcagua measuring 6,961 meters above sea level is far higher the Mount Kilimanjaro at 5.895 meters and is not located on the equator. While the primary route is still mostly a trek, it is not intended to be a long weekend excursion. You’re on a considerably more adventurous mission here, with the weather playing a major influence (not really a factor on Kilimanjaro). I spent the greatest amount of time on a permit (3 weeks vs. 5 days). There are both technical and extremely tough paths up. It’s a significant difficulty increase from Kilimanjaro. Kilimanjaro has a low mortality rate compared to the number of summits; on Aconcagua. Kilimanjaro does not have many expert climbers dying. 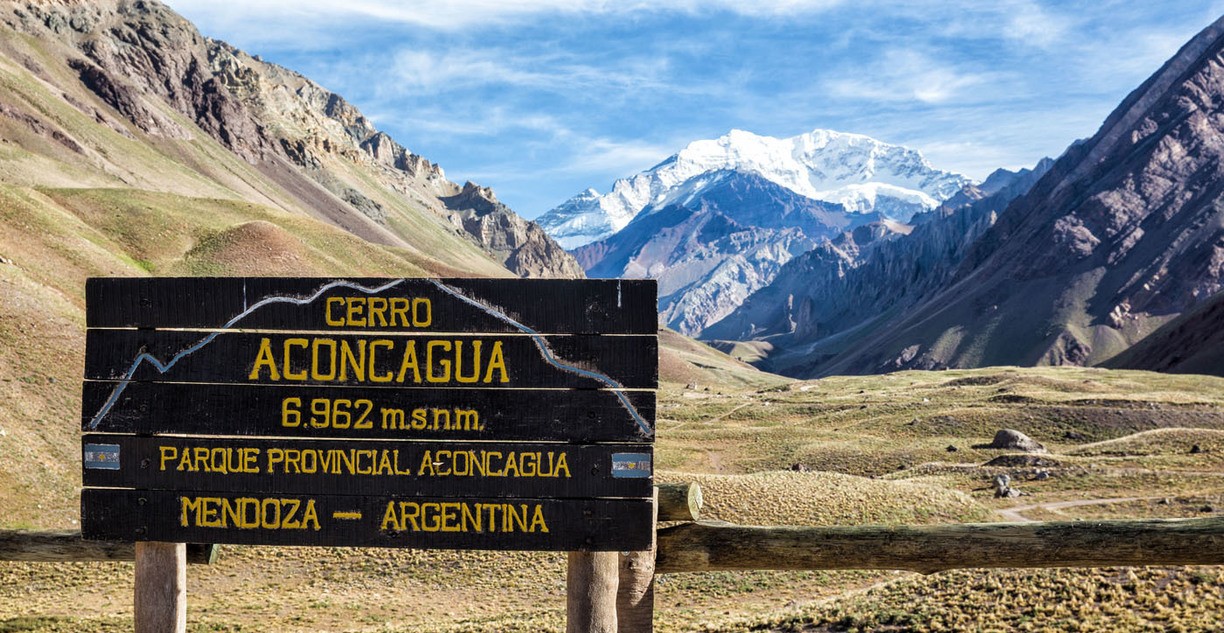 Because of the dangers, guides in Aconcagua are exceedingly cautious and always stick to the plan. Daily medical tests are conducted (although feeling well, one of the guys had to climb down owing to low blood oxygen saturation);

On the other side, in Kilimanjaro, can be improvised by choosing a different path than the one originally intended in order to save a day on the way up,  altitude sickness is the most dangerous thing to happen to climbers on Mount Kilimanjaro.
Kilimanjaro’s preparedness is geared for tourists visiting from the Serengeti. Before attempting Aconcagua, it is advised that you have completed a marathon.

Should I Climb Aconcagua or Kilimanjaro?

Climbing the highest mountain on one or more of the world’s seven continents is an admirable aim, and I comprehend why you and so many others choose Tanzania’s Mount Kilimanjaro and Argentina’s Aconcagua.

Climbs on the main routes to the summits are more commonly referred to as “long hikes” than true mountaineering trips. Nonetheless, they might be difficult to deal with. Both hikes are strenuous and will require many days to accomplish. You’ll also have to contend with the unpredictability of the weather on them, as well as the thin air of high altitude and the possibly hazardous symptoms of altitude sickness. As a result, there’s no assurance you’ll make it to the top of either.

Which one, though, would I suggest? Not so fast, my friend. Let’s go over the advantages and disadvantages so you can make an educated selection.

PROS: The climb up the famed Marangu Route is without a doubt the most opulent, exotic, high-altitude excursion you’ll find, with tea stalls for beverages and food along the route and shelters for staying the night. Another perk: most respectable mountain guide firms include a team of surprisingly great cooks to make your meals as well as a company of porters to carry your baggage. Kilimanjaro is simple to reach, with the trailhead only an hour from the airport, and reaching its snow-covered volcanic cone will leave you breathless—and not only from the thin air.

CONS: There are a lot of people. Each year, around 15,000 individuals reach the peak, and you’ll feel as if you’re the only one who made it. This is not a lonely or technical experience in any manner (depending on what you’re looking for, that’s either a “pro” or a “con”).

SUCCESS RATE: According to the usual estimate, 40% of climbers make it to the summit.

GUIDE SERVICE: Alpine Ascents may be the greatest of all the fantastic guide services on Kilimanjaro. It has a near-90 percent success record, and while its treks are longer and more expensive, they bypass the crowded Marangu Route. Climbing costs start at $4,000 per person.

PROS: With a height of 22,840 feet, this craggy, humpbacked peak is the highest mountain in the Western and Southern Hemispheres—and anyplace else outside of Asia. However, if you choose the popular Normal Route on the north side, you may complete the long ascent to the summit without the crampons and ropes that you should bring.

CONS: The weather on the icy peak might change at any time, and the high winds can be severe. The feeling of vulnerability and exposure is nearly as severe as the UV rays hammering down on you through the thin, dry air when you’re ascending far beyond 20,000 feet.

SUCCESS RATE: Although no specific figures are recorded, it appears that roughly half of the climbers reach the top.

GUIDE SERVICE: For more than two decades, Mountain Guides International has led climbers to the summit of Aconcagua with a high rate of success. The number of visitors on its 20-day tours is limited to six to eight, with two guides accompanying them. $4,400 is the price.

Which one to climb between Kilimanjaro and Aconcagua?

It all comes to personal preference, despite all the reasons to climb Kilimanjaro—the view, the beauty, the chance to see the legendary snows covering its top before global warming melts them—something there’s satisfying about being able to tell your grandkids (and yourself) that you climbed a 22,000-foot-plus mountain peak. Climbing Aconcagua takes approximately two weeks longer, so it’s a significant time commitment, and weather conditions can be more intense. The payoff, though, is staring out into the Andes’ surrounding 20,000-foot peaks.