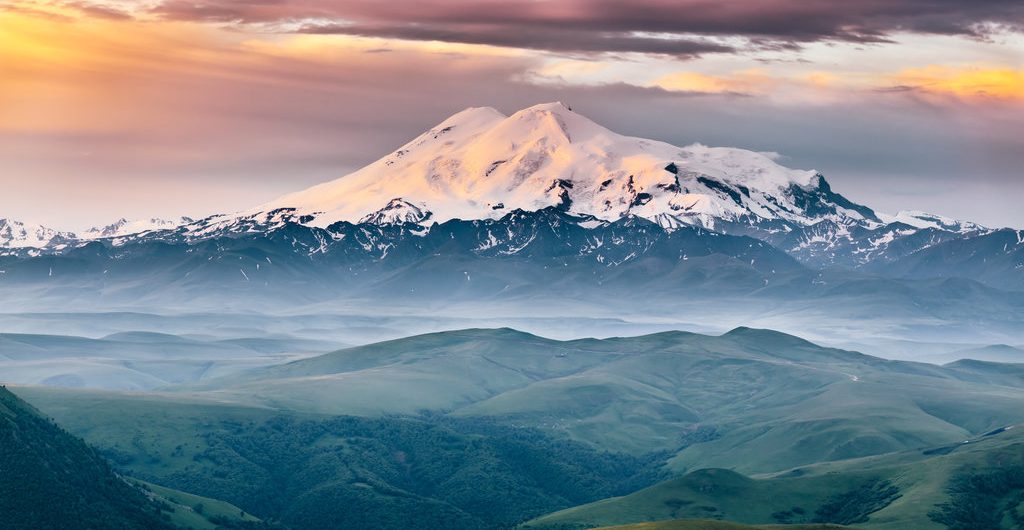 The difference in height between Kilimanjaro and Elbrus is about 253m. Mount Kilimanjaro, first of all, is higher ( 5,895m) and is a free-standing mountain, Mount Elbrus on the other hand belongs to a mountain range and is 5,642m high.

Climbing these two mountains is pretty different. Kilimanjaro usually necessitates many miles of mostly steep walking spread out over a week. The majority of people sleep in tents, with porters helping them carry their belongings, set up camp, cook, and so forth. Finally, on summit day, the path climbs roughly 4,000 feet in rugged terrain, with snow or ice on occasion. The majority of the path is dirt, with some rough portions. It can be a bit depressing when it’s raining.

Climbing Elbrus, on the other hand, usually entails taking a chairlift to a point under the huts and then lugging your own stuff the final quarter mile or so. The huts, which are located at an elevation of roughly 12,000 feet, were originally fairly opulent but are now worn down. The majority of climbers stay in these huts, which are equipped with a chef and food.

The day following arriving at base camp, an acclimatization walk to Pastukhov Rocks, fondly known as P-Rocks, is undertaken. Most years, the route from the cottages to the peak is steep snow and ice. The following day will be spent resting. Then you go to the peak early the next morning. The top is over 6,000′ vertically and a little less than 5 kilometers away from the cottages. The majority of guided parties will use a snowcat to get to P-Rocks and then hike the rest of the way. It’s a long journey.

Check out our packages for climbing Mount Kilimanjaro

Which is more dangerous, Elbrus or Kilimanjaro?

In addition, compared to Elbrus, extremely few climbers perish on Kilimanjaro. Elbrus is a mountain that deceives you. You can easily fall to your death if you stray too far from the well-marked path. Much of the year is noticeably cooler and windier.

The difference in climbing Elbrus vs Kilimanjaro

Elbrus requires crampons and basic ice ax abilities, but Kilimanjaro merely requires basic trekking skills. Elbrus is typically not roped, however, you must be able to stop yourself if you fall.

Neither is technical or challenging enough to prevent a motivated person with basic fitness from climbing it.

Mount Kilimanjaro is in Tanzania.

Is one of the Seven Summits, Africa’s highest peak, the world’s tallest free-standing mountain, and one of the world’s most spectacular summits. It is as evocative of the continent as the elephant – massive, majestic, and gorgeous – as a volcanic giant alone on the savannah plains, snow-capped and isolated. People are pulled to it irresistibly, while others attempt to ascend its majestic slopes.

Climbing Kilimanjaro is a perennial favorite among mountain climbers, trekkers, and explorers, but due to its popularity, the climb is sometimes under-rated and overblown.

Elbrus is in Russia

Elbrus provides an introduction to basic alpine abilities like as crampon walking and proper use of a walking axe, as well as the use of a man rope if necessary. It’s a total of 12 days, including four days of acclimatization treks and five days on the summit.

In conclusion, Elbrus is lower yet more difficult.

There is more to learn in terms of alpine abilities, and there is no camping. It is also considerably colder and on permanent snow and ice, which necessitates the use of additional equipment (which can be rented).

TranquilKilimanjaro
Previous postMount Aconcagua vs Kilimanjaro
Next postCan I fly a drone on Mount Kilimanjaro?