In an effort to combat the world food problem, Canada’s most decorated Olympian, Penny Oleksiak, will set out on a six-day challenge to climb Mount Kilimanjaro, Africa’s tallest peak, on September 11.

The world-champion Olympic swimmer is working with Natural Calm Canada and Thrive for Good to raise $50,000 for low-income families and communities so they may learn how to sustainably cultivate nourishing food.

Due to COVID-19, problems with the supply chain, transportation constraints, and the conflict in Ukraine, there has been a major increase in world hunger. The disadvantaged and poor are especially at danger in emerging nations, where the surge has been most pronounced.

More parents are considering how they will feed their kids every day. And more people who are vulnerable get sick because they cannot afford to eat healthy, life-giving food.

But step by step, Oleksiak hopes to save lives by bringing attention to the problem of malnutrition and offering a solution by climbing Kilimanjaro and earning money through her collaboration with Natural Calm and Thrive for Good.

Penny Oleksiak, who was born on June 13th, 2000, in Toronto, rose to prominence after winning four medals in the 2016 Olympic Games in Rio de Janeiro, which was her first Senior National Team Event. These medals were one gold, one silver, and two bronze. She officially became the most decorated Canadian Olympian of all time after taking home three medals (one silver and two bronze) in the Tokyo 2020 Games.

Oleksiak, a fervent social crusader, teamed up with the Canadian social venture Natural Calm in 2022 to serve as its brand ambassador. Natural Calm donates 100% of its proceeds to fight world hunger.

One of the top-selling supplements in North America, Natural Calm magnesium, is promoted by Penny Oleksiak. Performance athletes depend on magnesium since it is necessary for maintaining strong muscles and accelerating their recovery after exercise. In addition, it promotes cardiovascular health and energy generation.

While magnesium requirements for athletes are higher, the majority of Canadians do not consume enough magnesium through food alone. A popular magnesium supplement among Canadians who need to supplement their diets is Natural Calm. Its most well-known uses are as a pain reliever, sleep aid, and stress reliever.

The founders of Natural Calm Canada, Dale and Linda Bolton, established Thrive For Good, a registered charity, and Oleksiak is thrilled to support it. Community leaders from all across the world are trained by Thrive for Good to cultivate affordable, organic, healthy food. The goal of Thrive is to provide access to nourishment for the most underprivileged populations.

Since 2005, Natural Calm Canada has donated $3.5 million of their firm proceeds to Thrive for Good. Oleksiak declared, “I couldn’t have accomplished my goals without nutrition. Too many individuals in Canada and other countries are not living their optimum lives as a result of inadequate nutrition. Thrive for Good and Natural Calm are assisting in changing that.

In September, Penny Oleksiak and a group of nine motivated people will set out on an ambitious 5-8 day fundraising climb of the proud 19,340-foot-tall African mountain.

This climb is part of Thrive’s second yearly campaign to eradicate hunger and malnutrition. The 68-year-old entrepreneur was part of an eight-person team last year. 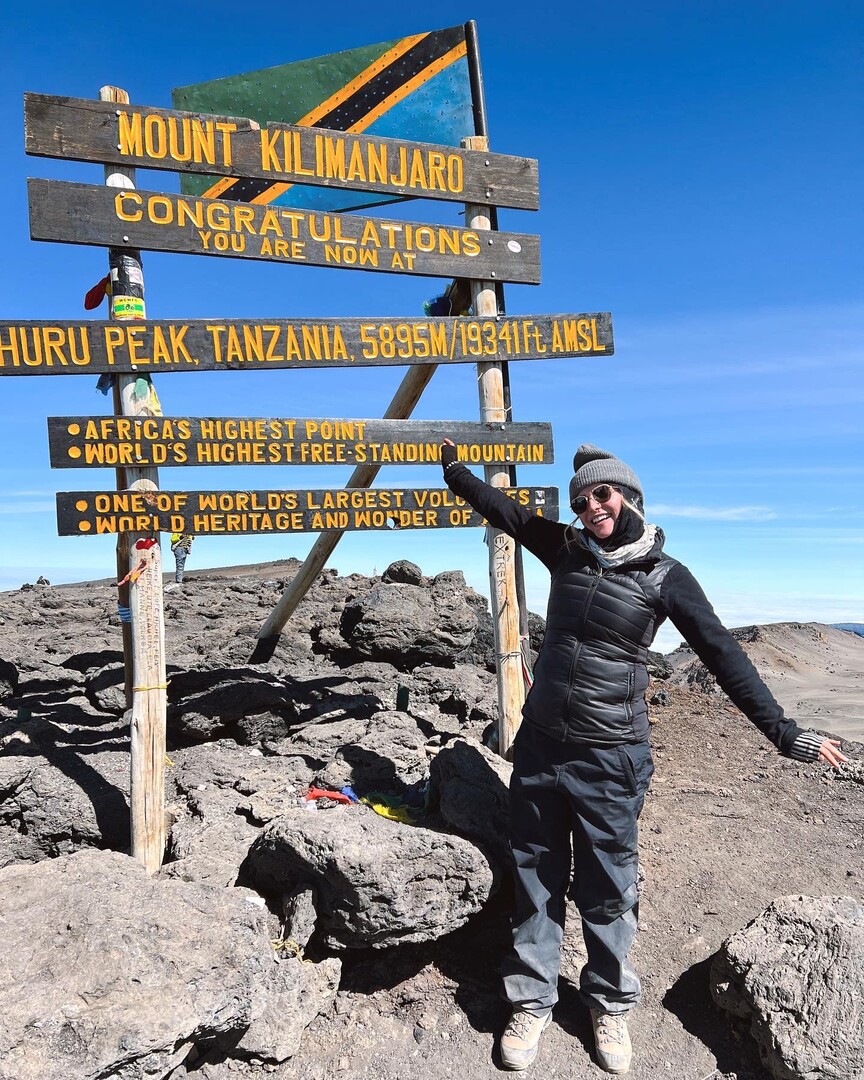 As we labored together to reach the top, Bolton commented, “Climbing Kilimanjaro was one of the highest highs of my 68 years, spiritually, physically, and relationally. The mountain absolutely depleted us while also recharging us. The three came together in such a strong way.

For his powerful documentary, Thrive on Kilimanjaro Documentary, filmmaker Nate Slaco followed the tale throughout the seven-day Machame route.

The only distributor and marketer of Natural Calm in Canada is Natural Calm Canada. Multi-award-winning entrepreneur Linda Bolton and her husband Dale Bolton established the business in 2005. The Thornhill, Ontario, pair decided to create the business as a social venture in order to follow their passion for improving health all around the world. Visit this page to learn more about Natural Calm’s charitable partner, Thrive for Good.Since 2010, Thrive for Good has trained over 100,000 individuals, accumulating a long history and vast experience. By teaching them to cultivate wholesome, income-generating whole foods, Thrive will enable 1 million people in the developing globe to have healthy and sustainable lifestyles by 2025. By educating and supplying communities with the tools they need to establish Life Gardens, Thrive is disseminating an infectious model for growing health organically, enabling them to escape poverty and inspiring others to do the same. More than 900 communities, including Kageyo, Rwanda, have successfully implemented the Thrive strategy to address hidden hunger and poverty.

TranquilKilimanjaro
Previous postTanzania Installs High Speed internet on Mount Kilimanjaro
Next postMalaria: Why some people get bitten by mosquitoes more than others?