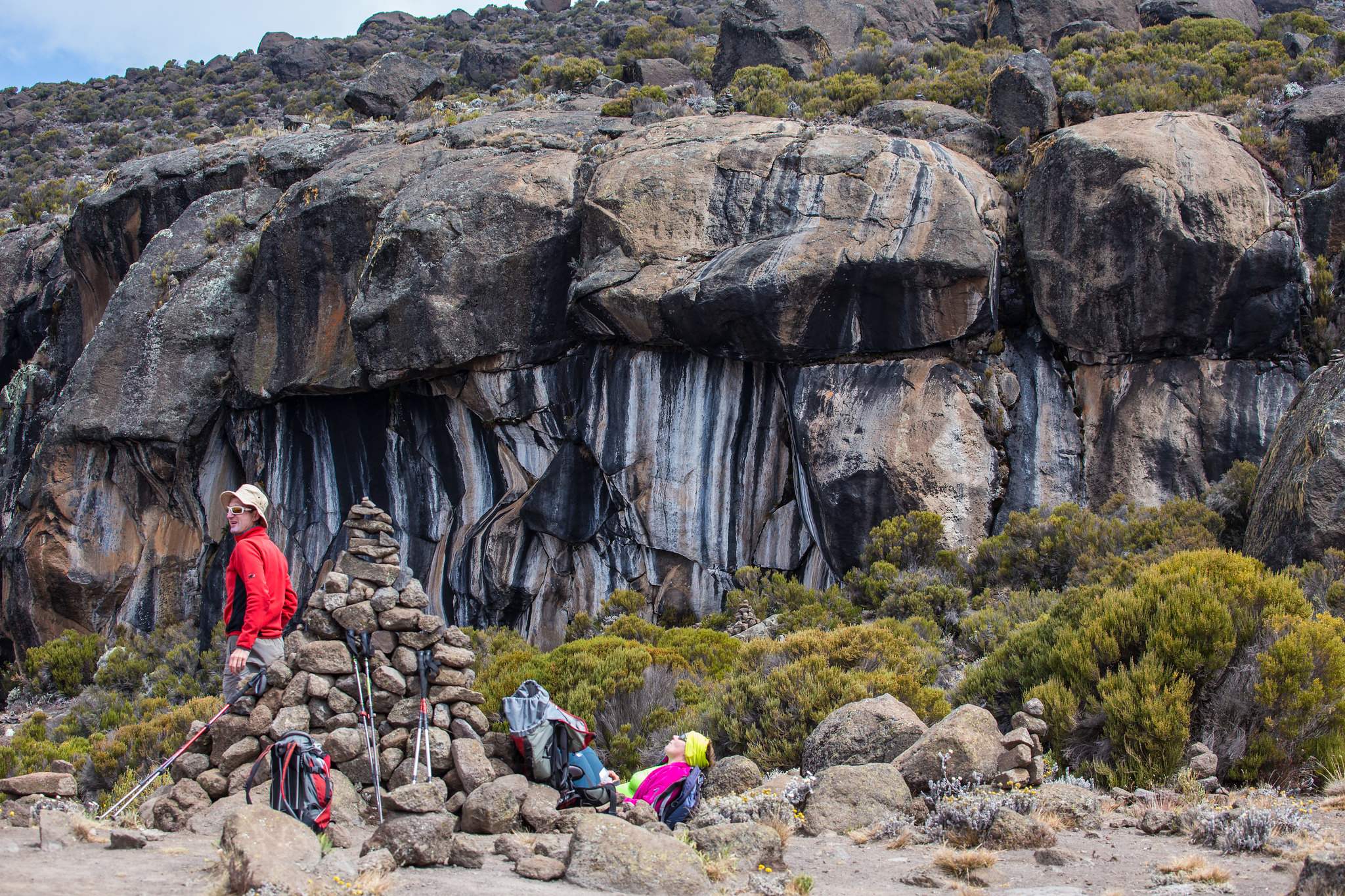 The Zebra rocks on Mt Kilimanjaro are a group of rocks that have dark and whitish-cream coloured stripes that look like Zebra stripes, hence the name “Zebra Rocks”.

How was the Zebra Rocks formed?

The formation of the Zebra Rocks is a result of rainwater rich in minerals flowing down on the rocks that originated from the lava cliff making them black and white patterned.

Do you want to see the Zebra Rocks?

Mount Kilimanjaro’s Zebra rocks are located approximately half an hour (30 minutes) away walk on foot from the Horombo huts on your way to Mawenzi campsite. Mawenzi is a rarely used campsite situated to the East of Mawenzi. This is on a different route that is parallel to the Horombo – Horombo huts route for but not all the way till the end, just partly.

Zebra rocks are located near the border between the moorland and alpine desert regions of Mount Kilimanjaro. Zebra rocks are also on the leeward side of Mt Kilimanjaro hence it is fairly dry, does receive some rainfall, and has a number of small animals such as birds and rodents.

How to get to Zebra Rocks

The best and most efficient way to get to the Zebra Rocks is by walking or hiking. 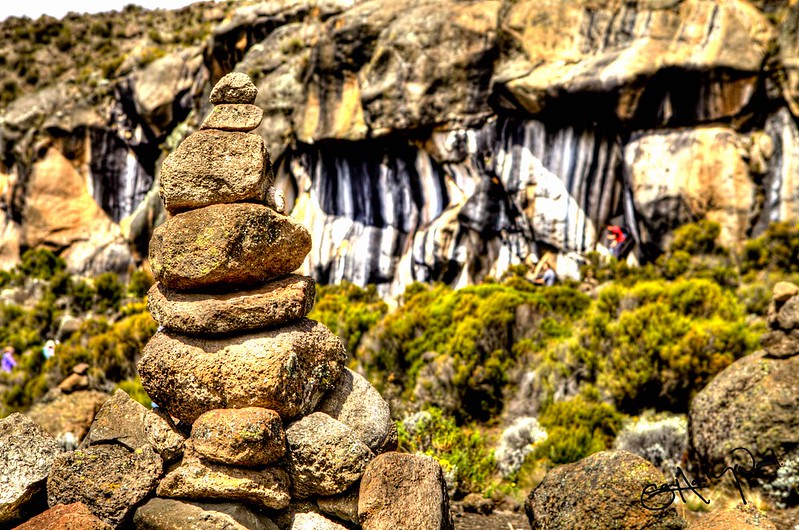