The Hell’s Gate National Park, located 110 kilometers from Nairobi on the shores of Lake Naivasha, is one of the most beautiful places on the planet. It is one of Kenya’s few game parks, covering an area of roughly 68 square kilometers, where you may stroll, run, or cycle among giraffes, Zebra, Gazelles, and other species. Various Hollywood movies have been filmed in this site throughout the years due to the stunning surroundings.

Aside from game, Hell’s Gate National Park is home to Fischer’s Tower, a remarkable volcanic plug that rises 25 meters above the level valley floor. Climbers of all levels, both experienced and inexperienced, may be seen mounting this intimidating structure.

Along the valley’s margins, majestic cathedral-like cliffs frame the park.

Ol Njorowa Gorge, a 24km long deep canyon bordered with steep cliffs and equipped with hot water springs feeding a stream that flows down the gorge’s bottom as it cuts its way through the rocky and semi-arid surrounding environment, is the jewel of Hell’s Gate. As it winds its way down and out of the National Park, the Gorge expands. It is, without a doubt, one of the most gorgeous hikes in the area.

Cycling in the park while watching the game and taking in the environment is another popular sport among guests.

This has been made feasible by the availability of rental bikes from a variety of enterprises along the beaches of Lake Naivasha, just 5 kilometers from the Park.

Take the Naivasha matatus from Nairobi to Nyamakima Stage off River Road. Take a matatu to Lake Naivasha from Naivasha town and get out at the KWS marked intersection to Elsa Gate, Hell’s Gate National Park. The Park Gate is a short 2km stroll along the dirt road from this intersection.

If you’re driving, there are two options for getting there. The first, and my personal favorite, the route is the truck-only lower escarpment road to Naivasha, which goes through the historic Catholic Church erected by Italian POWs during World War 2 (WWII.)

The tiniest church in Kenya is said to be this one. Before turning left into South Lake Route, the road passes through Mai Mahiu and Longonot towns. Continue driving past more horticultural fields until you reach the Elsa Gate intersection, where you will turn left again. The second route to Nakuru is along the higher escarpment road. This route takes you through several fantastic escarpment vistas with views of the Great Rift Valley, Mt Longonot, and Lake Naivasha. After that, turn left at the Naivasha exit, drive through Naivasha town and into the ancient Naivasha Road, which leads to Nairobi, and then turn right onto South Lake Road.

The most recent KWS Park admission fees for Hell’s Gate National Park are listed below.

Call Simon Kiarie, an experienced rock climbing teacher, on 0720909718 to make the appropriate arrangements for individuals interested in rock climbing instruction on Fischer’s Tower. He’s usually in the Park, and he has enough of gear for large groups of climbers.

This Full Day Trip to Hell’s Gate National Park is also one of the fascinating tour packages that Albertine Tours offers for tourists who have a long-standing desire to visit Lake Naivasha for a walking safari and an adventurous experience of the famed Hell’s Gate national park. Hell’s Gate National Park is the ideal spot to stretch your legs with guided cycling, adrenaline-fueled rock climbing, and gorgeous treks thanks to its distinctive scenery and absence of deadly animals.

This full-day excursion to Hell’s Gate National Area includes activities like as cycling, rock climbing, and hiking in this stunning park.

Later in the day, take a boat trip on Lake Naivasha to see mighty-big hippos on the lake’s banks and a variety of bird species.

We will begin our full-day journey to Hell’s Gate National Park early in the morning with a 90-kilometer drive from Nairobi to our hotel of residency, following the route that will bring us to the park. Hell’s Gate National Park is only a few hours’ drives from Nairobi, making it ideal for a day trip. This park is located in Kenya, south of Lake Naivasha and north of Nairobi.

The park is called after a tiny gorge in the rocks that was formerly a stream of a prehistoric lake that fed the Rift Valley’s early people.

While Hell’s Gate is most recognized for its scenery, there is still wildlife to be seen within the park. Buffalo and antelopes are notably prevalent, and the park also has a diverse bird population. In the park, there are no predators or hazardous huge wildlife. You’ll also get the opportunity to witness natural hot geysers, eagle, and vulture breeding sites, as well as park visitors’ activities including walking, cycling, and rock climbing.

Your day excursion to Hell’s Gate National Park includes complete coverage for your bicycle for the riding experience, but there will be a safari vehicle following you during the expedition in case you grow tired and don’t want to walk any farther. The stunning Fisher’s Tower will be your first destination, with the adventurous having the option of ascending the 45-meter tower. From here, it’s a lengthy but beautiful trip to the famed Hell’s Gate Gorge, where you can stroll and climb your way through the unique landscape that inspired Disney’s The Lion King.

After an exciting and exhausting day of exploration, you’ll left Hell’s Gate National Park for Nairobi, arriving in the evening for supper and overnight preparations for the next day’s itinerary. 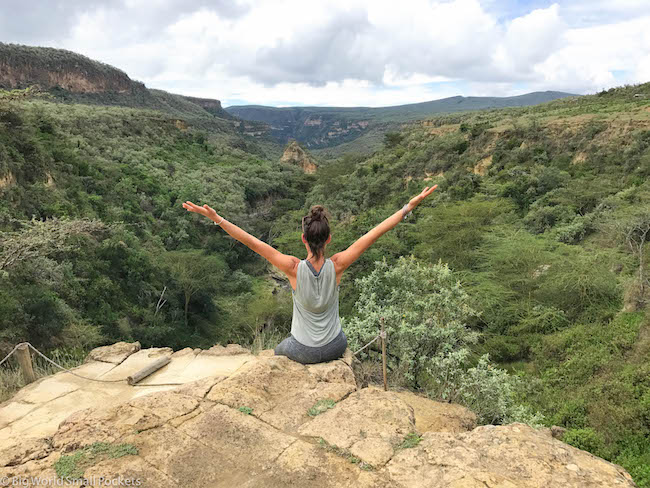 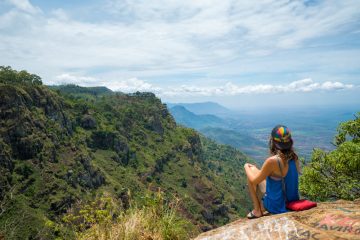 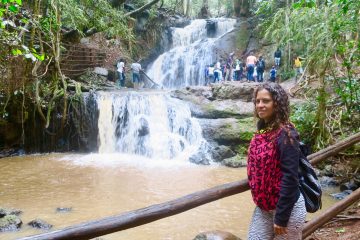 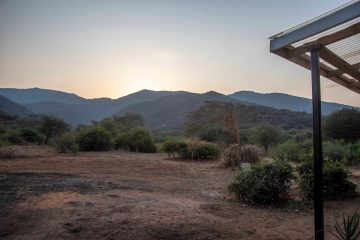 According to local guides, Enkamuka peak, the
Starting from