Woman with albinism who survived machete attack to climb Kilimanjaro

Woman with albinism who survived machete attack to climb Kilimanjaro 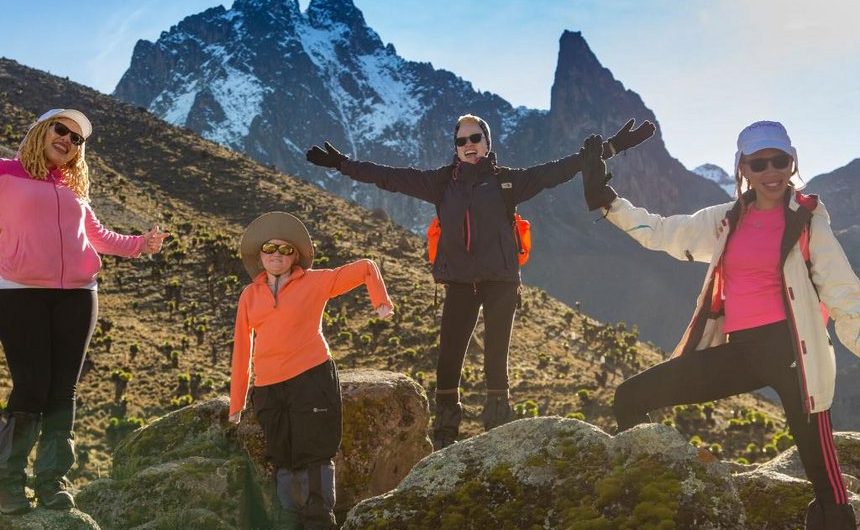 A lady with albinism whose limbs were chopped off while she slept with her small son is attempting to climb Africa’s tallest mountain in order to raise awareness about the cruelty and violence that individuals with albinism suffer.

In September, Mariamu Staford will climb Mount Kilimanjaro in Tanzania, which climbs over 6,000 meters (20,000 feet) above sea level. She will be joined by five other African women with albinism.

Albino people are routinely despised and assaulted in Africa because of the lack of pigmentation in their skin, hair, and eyes.

They are hunted for their body parts in some regions, which are coveted in witchcraft for use in fortunate charms and magical concoctions.

The climb will give “a platform to elevate our voices from Africa’s highest mountain… as symbols of resilience and empowerment,” according to expedition co-leader Jane Waithera.

In 2008, Staford, 38, was attacked in her home in Tanzania’s Lake District by men with machetes as she laid with her 2-year-old son.

She learned to handle a knitting machine after receiving prosthesis and now operates a clothing company. Despite the fact that she has identified her assailants, no one has been prosecuted.

“She is a great inspiration in every way. She is the embodiment of tenacity “By phone from Nairobi, Waithera told the Thomson Reuters Foundation.

In recent years, hundreds of attacks and homicides have been recorded across the continent, with body parts reportedly fetching tens of thousands of dollars in an underground trade centered on Tanzania, Malawi, and Mozambique.

Because of a misconception that intercourse with a woman with albinism may cure HIV/AIDS, Waithera stated women with albinism were also targets of sexual assault.

During the seven-day adventure, the crew, headed by climber and filmmaker Elia Saikaly, will utilize social media to discuss the issues they confront in life.

“Of course, the largest hurdle is the stigma that begins the day you are born,” said Waithera, who was abandoned as a newborn by her mother and bullied as a youngster.

Albinism, which affects around one in every 15,000 people in Sub-Saharan Africa, raises the risk of vision difficulties and skin cancer.

All of the participants are legally blind. They will be accompanied by a guide and will be required to wear specific eye protection.

Waithera, 31, described the ladies on the squad, which includes a Senegalese singer and a Nigerian ophthalmologist, as “the strongest women she had ever encountered.”

“We need to show society that there is no distinction between us and them,” she continued. “I believe we are on the verge of a paradigm shift. It’s all about the clock.”

Six African women with albinism are preparing to climb Mount Kilimanjaro, the continent’s highest peak, to debunk negative stereotypes about persons with the uncommon skin disease. They have survived stigma, abuse, rape, and machete assaults.

The beginner climbers, who range in age from 26 to 35 years old and are from Kenya, Tanzania, Nigeria, South Africa, Zimbabwe, and Senegal, claimed their seven-day ascent of Tanzania’s 5,895-meter (19,340-foot) peak was to honor persons with albinism.

“We are weary of being told we are useless, cursed, and unable to participate in society,” said Jane Waithera, a Kenyan activist and co-founder of the “Climb for Albinism” expedition, which kicks out on Oct. 1.

“So here we are, six African women with albinism who have overcome adversity in their lives and are climbing Africa’s highest peak to raise awareness of albinism and maybe serve as an example to others.”

Due to a lack of information of albinism, which causes a loss of pigmentation in the skin, hair, and eyes, people with albinism are routinely rejected and mistreated throughout Africa.

They are hunted for their body parts in some places, which are revered in witchcraft for use as fortunate charms or in magic concoctions.

Women are at danger of being raped because of notions that intercourse with an albino woman may cure AIDS.

In recent years, tales of ritual and witchcraft-related killings for body parts have prompted the United Nations to create a special expert to safeguard persons with albinism in countries such as Tanzania, Malawi, and Burundi.

The six ladies on the journey all struggled with albinism as children, some more severely than others, and are now combating the stigma and raising awareness about the illness.

Staford’s arms were cut off by three guys while she slept with her young son ten years ago.

She began her own knitting company with the support of a charity and with the use of prostheses and a unique machine, and she is now a popular campaigner in Tanzania.

“Despite the fact that so much has occurred to me in my life, I am still here. They took my arms away, but not my drive to live and succeed “On the margins of a news conference, Staford, 35, told the Thomson Reuters Foundation.

“I want everyone to know that persons with albinism can do amazing things if given the chance.”

The other ladies related how their parents abandoned them when they were born, how they were tormented at school, and even how they were molested and raped because of their albinism.

Some of the ladies stated they had no idea what their disease was until they were adults, and that they struggled in school because of their poor vision and didn’t understand why they couldn’t play outside since their skin burned so quickly in the heat.

“When I informed the instructor that I couldn’t see the chalkboard adequately in class, she didn’t believe me. As a result, I didn’t learn to read or write until I was 25 years old “Ndlovu, 29, is 29 years old.

“My greatest aim is to leave a legacy for those people with albinism. I want young albino girls to see what we’re doing and realize to themselves, “I can do this too.” “.

The climb to Kilimanjaro, however, will not be simple.

The ladies ascended Mount Kenya, which rises at 5,199 meters, as part of their training in May, but two of them had to turn back.

The ladies will endure near-sub-zero temperatures towards the summit of Kilimanjaro, and the severe altitude will make breathing difficult – but all safeguards have been taken, according to Elia Saikaly, a filmmaker and co-founder of the trip.

To protect their eyes and skin, the women are given custom-made sunglasses and sunscreen. They will be supported by a team of roughly 50 people, including a doctor, porters, guides, and a video crew.

“Kilimanjaro is no laughing matter. Climbing this peak is quite tough “Saikaly stated. “However, I believe they are competent because they are prepared – and, to be honest, they have all scaled considerably larger peaks in their lives.”

The women will begin their ascension on October 1 and will climb for four to five hours each day. On Oct. 7, they plan to reach the summit.

“From a variety of viewpoints, this is a fantastic and exciting endeavor. Thousands of climbers have scaled Mount Kilimanjaro, but no team has ever done it “Senior human rights advisor Marcella Favretto of the United Nations Office of the High Commissioner for Human Rights noted.

“Their ascent is a narrative of great tenacity and courage – they’ve faced shame, marginalization, and, in some cases, incredible severe bodily pain, yet they’re preparing an adventure that is much beyond the grasp of the rest of us.”

TranquilKilimanjaro
Previous post‘The higher I go, the closer I am to him in heaven’: Seven-year-old from Texas becomes the youngest girl to reach the summit of Mount Kilimanjaro, hiking in memory of her late father
Next postFastest climber of 7 summits returns safely from Everest