FOR THE FIRST TIME, A TEAM OF ALL-BLACK, AFRICAN AMERICAN WOMEN CLIMBED MOUNT KILIMANJARO, AND THEY’RE ALL OVER 40

FOR THE FIRST TIME, A TEAM OF ALL-BLACK, AFRICAN AMERICAN WOMEN CLIMBED MOUNT KILIMANJARO, AND THEY’RE ALL OVER 40 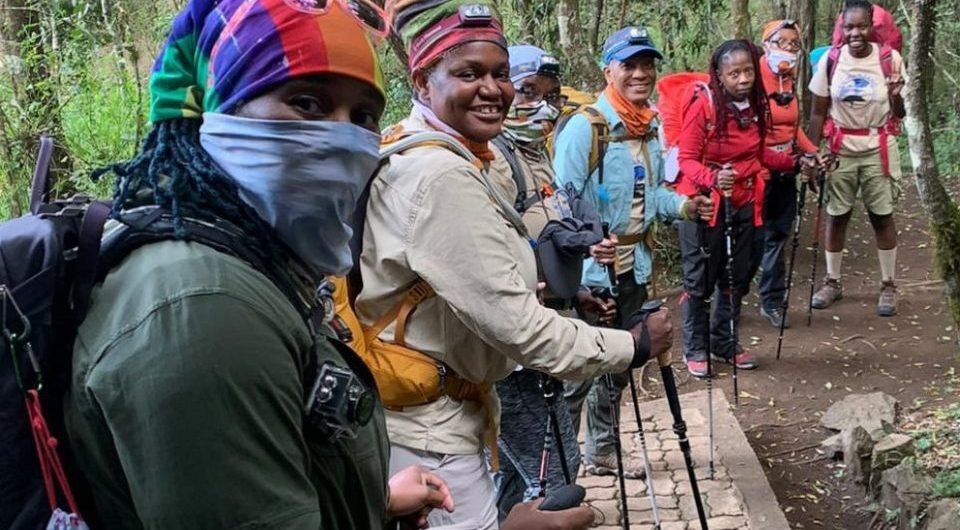 A group of Black, African-American women in their forties and fifties just achieved history by becoming the first all-Black American woman team to summit Mount Kilimanjaro.

Shades of Favor was founded by Diana Kinard and Dawn Frazier with the goal of “inspiring Black women to embrace their next chapter of growth via travel and shared experiences.” In 2019, the two Georgia women met and struck it off right away. They became friends because of their shared love of life, gratitude for how far they’d come, and a determination to keep living boldly. The women discovered that they were more likely to be healthy and able to pursue their life goals. The concept for the “Shades of Favor” group was conceived.

Related: Are there female porters on Kilimanjaro

According to their website, the two collaborated on the concept of a collective that “inspires Black women to embrace their next chapter of growth through travel and shared experiences.” They debated names for a while before settling on Shades of Favor to express their determination and faith in achieving their goal. 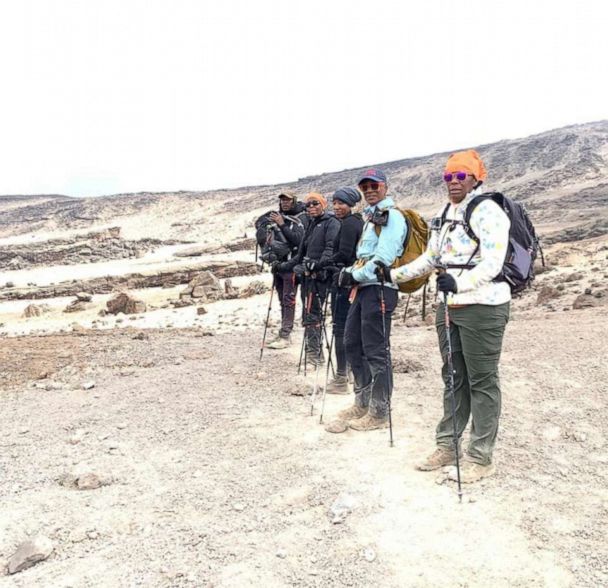 They think they were the first group of Black women to climb Mount Kilimanjaro, the world’s tallest free-standing mountain, in August. Their goal, though, was not to make history.

The Shades of Favor team spent four months preparing for the climb, knowing that training and accumulating gear would be critical to their success.

“We’re both thankful that we met and that our friendship blossomed. As we became more comfortable talking about our aims and objectives, we realized how many of them we shared. It also made us realize that we’ve reached the age where members of our families have ceased saying, “Not yet.” We both understood that it was a ‘not yet’ moment for us both after a few chats about Kilimanjaro, [and] a concept was developed “We Can Because, Of Them, Frazier said.

The women’s sense of “not yet” prompted them to invite others to join them. They assembled a group of African-American ladies,  ranging in age from 42 to 77, who would embark on a once-in-a-lifetime adventure. The women persevered despite the pandemonium of the previous year, which discouraged some and caused difficulties.

“To continue to plan and execute our dream trip during a pandemic was a true testament of our faith and belief,” Kinard said.

The group of 20 ladies eventually shrank to nine, and the women began training to climb Mount Kilimanjaro in Tanzania, the world’s tallest free-standing mountain.

“Every workout program for mountain climbing promises that you will be in the best shape of your life. Because the altitude was unknown, all efforts were made to prepare for a lack of oxygen. A large part of the training was getting used to the weight of the gear, boots, and bag. Then, to prepare for tiredness, spend time on your feet for several days in a row “Frazier elaborated.

She went on to say, “I chose to take it easy and spend my training time in a zone that would improve my aerobic fitness. My main goal is to train my body to use as much oxygen as possible as we move closer to the summit. Slowing down my walks runs, and mountain bike rides were difficult, but it saved me from being sore and allowed me to do at least 1.5 to 2 hours of exercise each day for around 60 days before I went. It worked for me because everyone tried something different.”
It was time to start the trek before they realized it. Five of the nine ladies reached the mountain’s highest peak, Uhuru, which stands at 19,341 feet.

Two of the ladies among the group made it to Stella Point, at an elevation of 18,885 feet, and one to Gilman’s Point, at an elevation of 18,652 feet. It took roughly five days to complete the voyage, with some days being shorter than others. They started the day just before 3 a.m. and finished about 4 p.m., with a 4-hour descent back to their campground in between. While the voyage was difficult, they are all incredibly proud of it and believe it was life-changing.

“We are all more capable than we realize. Your body will want to give up, but your mind will motivate you to continue. This was a life lesson, “Kinard remarked.

The two women credit the group’s encouragement for propelling them forward, and they advise anyone interested in replicating the walk to look for their community, after consulting their doctors, of course. It wasn’t just about checking something off their bucket list for the duo; it was also about proving to themselves and the rest of the world that no matter how old you are, there’s always room for improvement.
“I don’t want people to get the impression that this is solely about tourism. This is a story of a woman who will customarily be a supportive member of someone else’s village when she should be the one who is supported on her own. It’s not about where we’re headed, but about maintaining a growth mindset “Frazier explained.

Ladies, congratulations! We’re all ecstatic and inspired! Because of you, we all can!