Best season to climb Kilimanjaro and go on safari

Best season to climb Kilimanjaro and go on safari 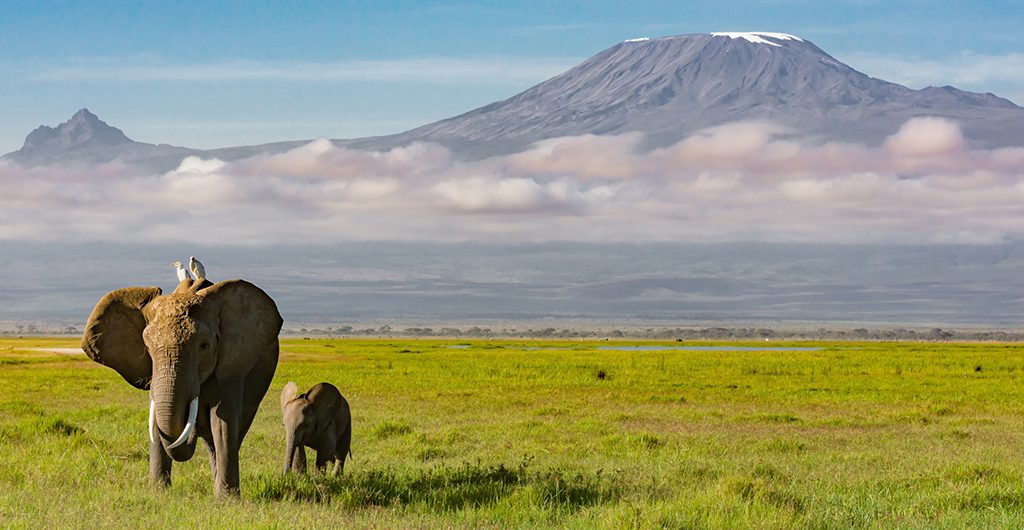 So what is the perfect timing to climb Mount Kilimanjaro and still go on safari in Tanzania or even Kenya? Standing atop Kilimanjaro, Africa’s Rooftop has a magical quality to it. Your trip will be even more stunning if you choose the perfect season to climb Kilimanjaro and schedule a safari.
On a clear day, you may stand on top of Uhuru Peak with the sun peeking out over the ridge and take in the breathtaking views of the surrounding area.

It’s no secret that reaching the summit and taking in the breathtaking views is a difficult task.

However, if you visit during the rainy season, your ascent may be slightly more arduous and potentially dangerous due to slick trails, and the vistas will likely be less spectacular.

Because Tanzania is so close to the equator, it does not have four distinct seasons like the rest of the world. Instead, there are wet and dry seasons in the country. Naturally, the best time to climb Kilimanjaro is during the dry seasons, when the vistas are finest and the ascent is easier.

Many people want to combine their Kilimanjaro climb with a safari visit in order to witness the Great Migration of wildebeest and wildlife calving. So, in this article, we’ll go through the ideal season for climbing Kilimanjaro in further depth, as well as the best time to go on safari, to help you plan your trip.

What is the weather on Mount Kilimanjaro in Tanzania like?

Mount Kilimanjaro’s temperature fluctuates between extremes of very hot and extremely cold. The lower portions will be humid and wet, especially in the jungle and during the rainy season. The farther up the mountain you go, the colder it gets, with biting winds and possibly snow. As soon as the sun rises, the mornings will warm up, and the days will be pleasant and bright. However, as soon as the sun sets, the temperature drops precipitously, frequently to minus zero degrees.

The weather in the mountains is rather variable, as it is in all mountains. The wet seasons of November to December and mid-March to May are best avoided.

Even during the dry season, it is possible that it will rain, especially on your first and last climbing days in the rainforest.

When is the best time to climb Mount Kilimanjaro?

Kilimanjaro may be climbed at any time of year. The two dry seasons, from June to October and January to mid-March, are the perfect months to climb Kilimanjaro.

The short dry season, which runs from January to mid-March, delivers brighter skies and warmer temperatures. It comes to an end in mid-March, when the rains become harder and the long wet season begins, lasting until May.

The long dry season, which lasts from June to October, is also a wonderful time to climb Kilimanjaro. There is less rain at this time of year, but there are more people. In November/December, it gradually gives place to the short wet season.

When is the best time to go on safari?

Another popular option for climbers is a combination Kilimanjaro and Serengeti safari excursion. If you’re planning a multi-day trip, you’ll naturally want to know when the best time to see wildlife is.

Which region of the Serengeti you will visit determines the optimum time to see wildlife migrations.

When is the best time to explore the Serengeti’s southern regions?

In the southern Serengeti, near Arusha and Kilimanjaro, for example, the greatest time to witness the Great Migration of wildebeest is in January and February.

It is less populated than the northern Serengeti, which is home to well-known sites like the Ngorongoro Crater and Lake Manyara.

The magnificent Great Wildebeest Migration is a once-in-a-lifetime sight. More than two million grazers, including wildebeest, zebras, and gazelles, migrate annually from Tanzania’s Serengeti to Kenya’s Masai Mara in search of new pasture.

When is the best time to explore the Serengeti’s northern regions?

Many safari enthusiasts dream of seeing the Great Migration river crossing when tens of thousands of wildebeest cross the Mara River on the Kenyan-Tanzanian border.

Even if you plan your trip perfectly, seeing the river crossing within a few days of safari needs a lot of luck, because the exact moment of the crossing fluctuates by weeks from year to year and can never be predicted with days’ accuracy. August and October are the finest months to visit the Mara river on Tanzania’s side if you want to maximize your chances and, in any case, see a lot of wildlife.

When is the best time to watch wildebeest migration’s calving season?

You will also be able to witness wildebeest calving, which takes place between January and March.

However, because it is peak season, you should budget at least 5 days for a game drive safari if you want to travel all the way to the north, where migration occurs at this time of year.

Kilimanjaro may be climbed at any time of year. Serengeti, on the other hand, is open all year. If you travel during one of the two dry seasons, though, you’ll likely get greater vistas and/or a less difficult climb.

If you want to climb Kilimanjaro and go on a safari in southern Serengeti, for example, the optimum time to go is at the beginning of the year, between January and March, when the dry season is brief and the wildebeest migration is in full swing.

If you want to climb Kilimanjaro and see the northern Serengeti for a classic style safari, the best time to visit is between June and October, when the weather is dry.

In the northern Serengeti, this time of year provides more sunshine, less rain, and wildlife migration.

Depending on whatever route you take, you will often find Kilimanjaro to be busier during the long dry season. As a result, whatever decision you make while arranging your trip should take this into account.

One thing is guaranteed, regardless of when you decide to climb Kilimanjaro. You’re sure to have a once-in-a-lifetime adventure that will leave you with fond recollections for years to come.

To improve your chances of reaching the summit of Kilimanjaro, visit our Climb Kilimanjaro frequently asked questions section, where we’ve answered some of the most common questions about the mountain and offered all of the information you’ll need to make your journey a success.