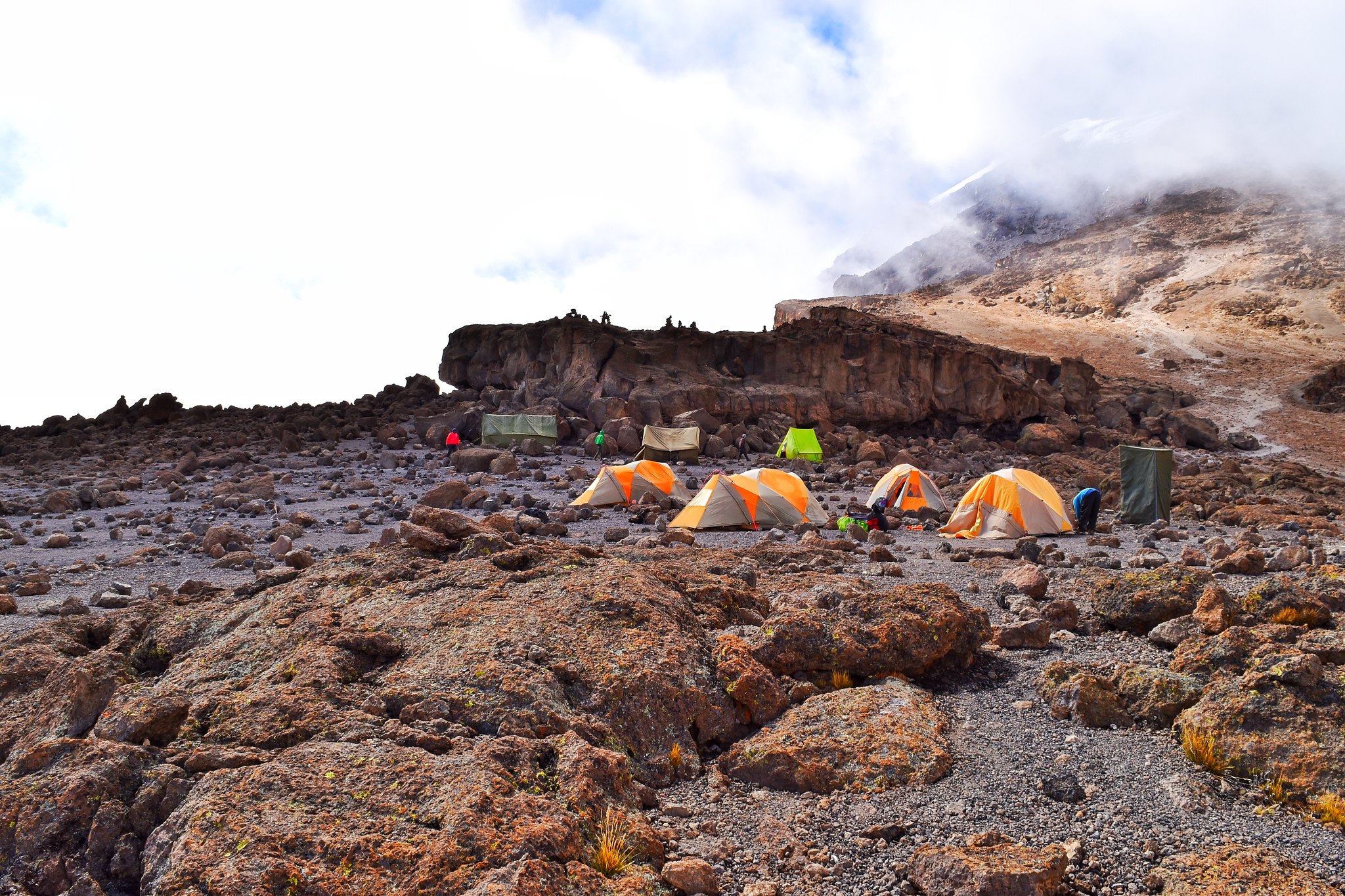 Kosovo Camp is a special, high campsite on the arctic zone of Mount Kilimanjaro that is often used as a resting point on your way to the summit. It can also be used as an overnight camp but you would need special permits to stay here, just like the crater Camp at Kibo. The nearest camps to Kosovo Camp include Karanga Camp and Barafu Camp which is usually used as the last accommodation point when you are about to summit Uhuru Peak.

Staying at Kosovo Camp instead of Barafu Camp gives you give you a head start over other climbers and helps to avoid crowds on the route you are plying.

Advantages of staying at Kosovo Camp

The main reason why climbers choose to use the Kosovo Camp as their accommodation point before making their final push to the summit is to save time. You will save at least 1,000-ft or 25 per cent of the distance we were supposed to get to the summit, faster than you would if you chose Barafu Camp. This advantage would also help you to navigate the tricky Barranco wall in the early hours of the morning before the sun rises. When you opt to stay at Kosovo Camp, you will be required to pay the double fees which might be a little bit costly. On the 8-day Lemosho route with overnight at Kosovo camp, on the 6th day of your climb, you will trek from Karanga passing Barafu camp at 14,930 feet (4,550 m) and proceeding directly to Kosovo Camp for Overnight, allowing for a short day just prior to the summit attempt. Overnighting at Kosovo camp is important because you will have a full night’s sleep and get up at your usual time, so climbers will not be sleep deprived going to Uhuru Peak, the summit, by far the toughest part of climbing Mount Kilimanjaro. By having a short day beforehand, climbers can rest better.

The other reason why you should stay at Kosovo Camp is that some campsites are crowded while other camps like Kosovo on Mount Kilimanjaro are rarely used. choosing the least popular campsite like Kosovo over Barafu Camp, Moir Hut instead of Shira 2, Millenium Camp instead of Mweka Camp, or sleeping at Crater Camp after the summit will let you have the privacy that you may need and have the mountain to yourself.

Note that additional fees are charged if you want to stay at special campsites like Kosovo and Crater Camp as these camps require special permits and arrangements prior to making them your overnight camps.

The weather around Kosovo Camp is chilly with strong winds blowing at the campsite which is characterized by rocky terrain.

The journey from Karanga Camp at 4,000m/ 13,123 feet takes around 4 hours to Kosovo Camp, the high camp located at an altitude of (4870m/15,978 feet). This hike will have you passing the popular Barafu Camp where most climbers stay before leaving to the summit at midnight.

The hike from Barafu Camp (4,645m) to Kosovo Camp (4870m/15,978 feet) which is also a camp used for overnight stay before trekking to the summit, Uhuru Peak takes only an hour on foot. 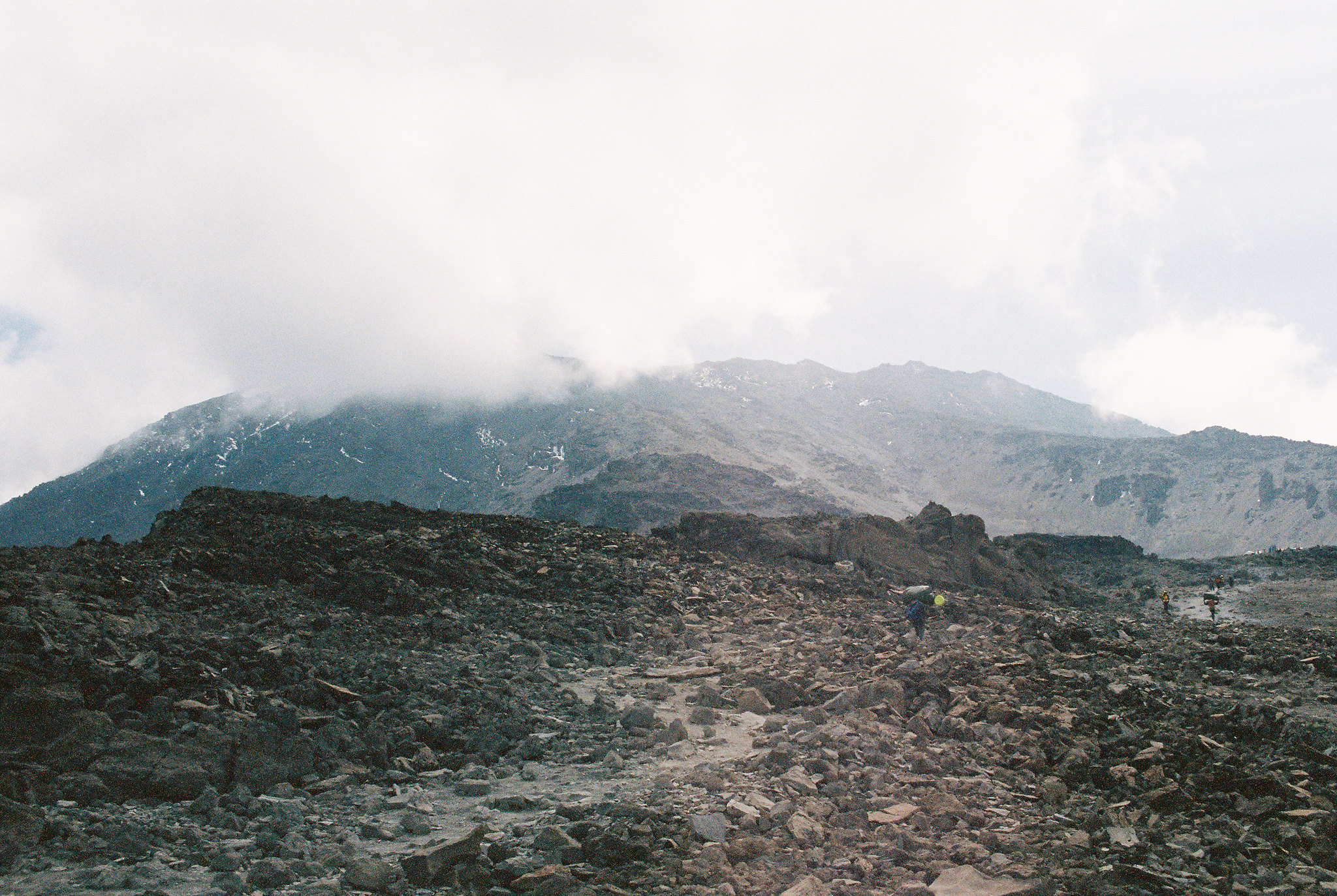 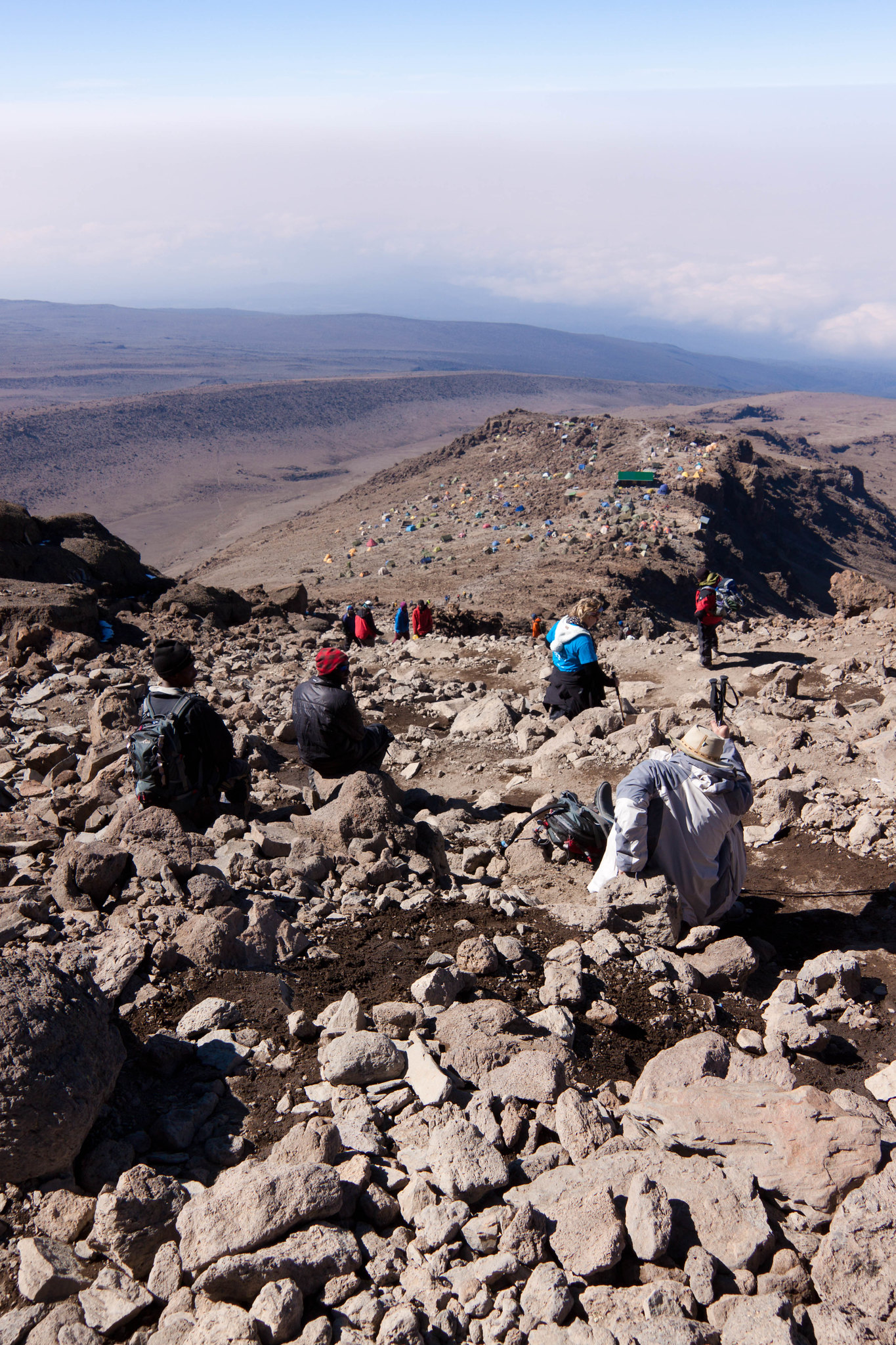 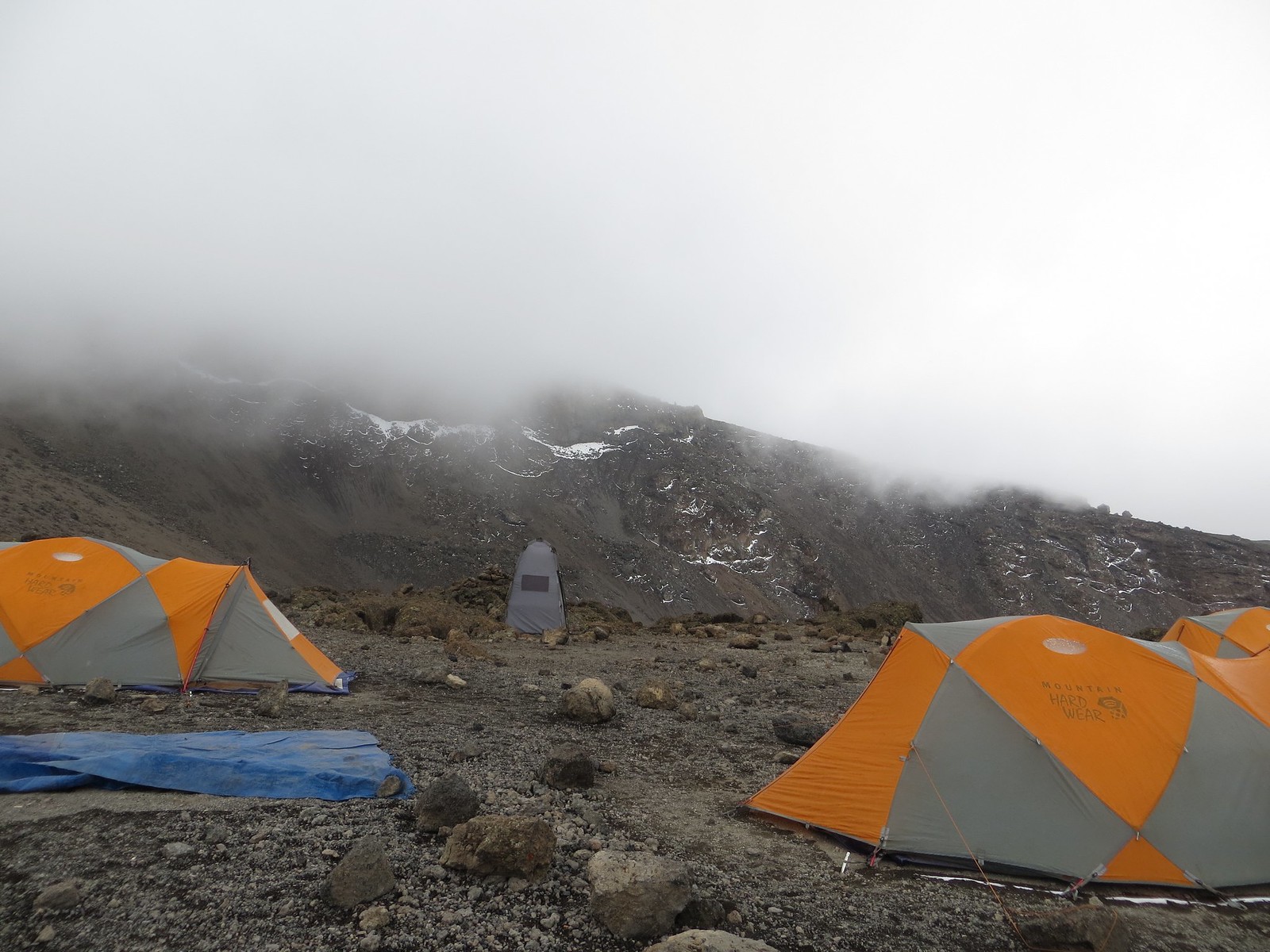 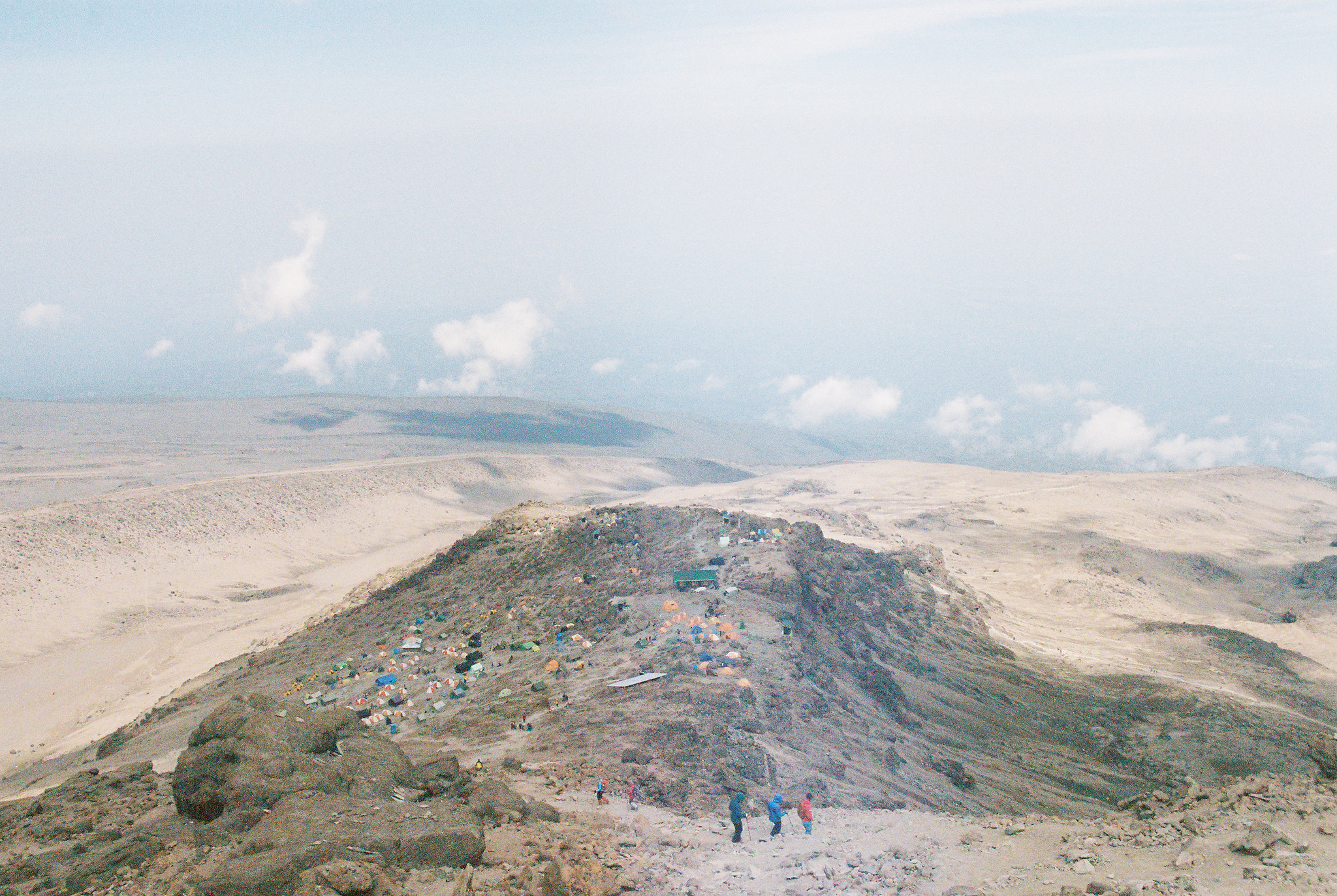 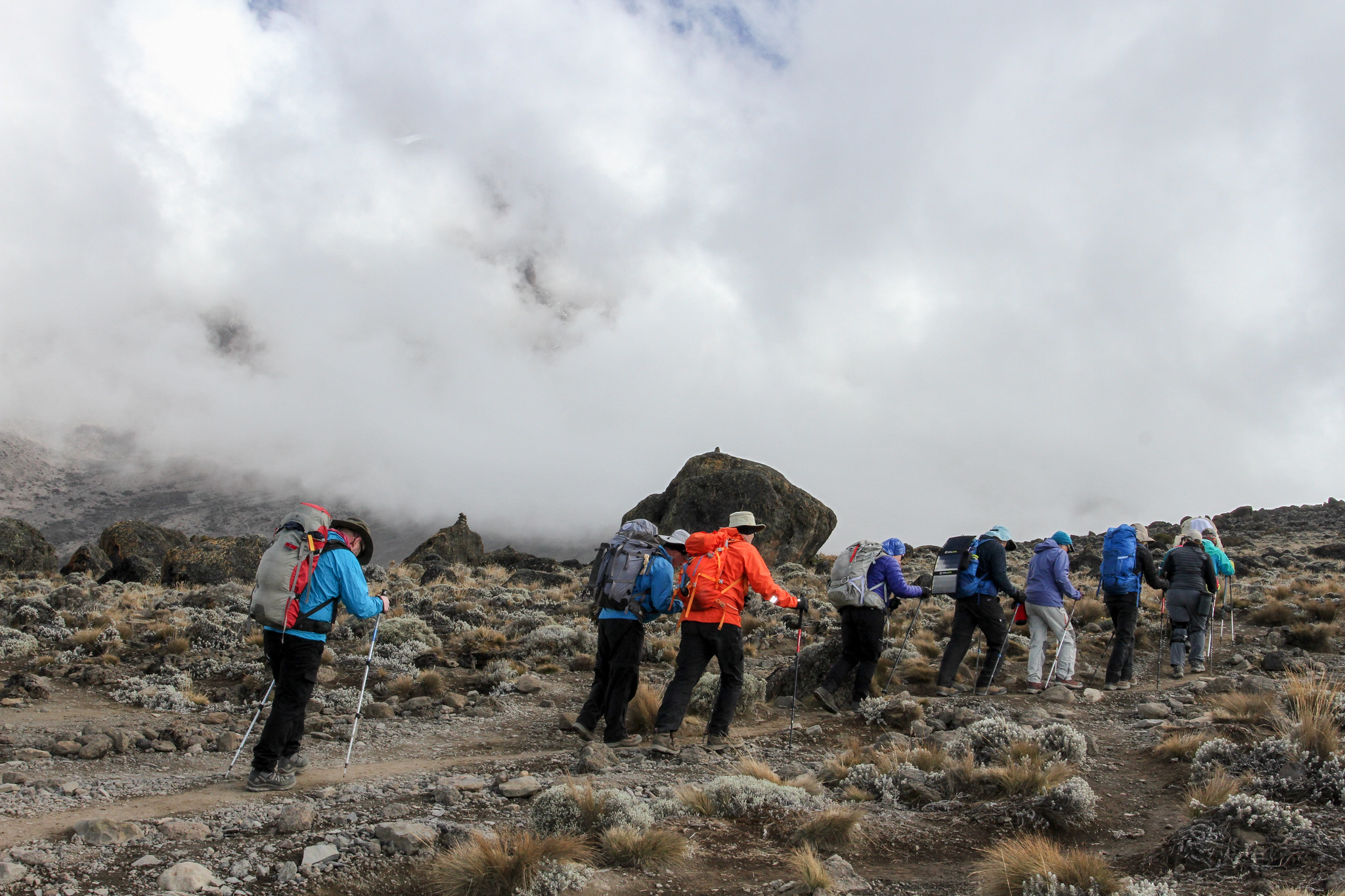 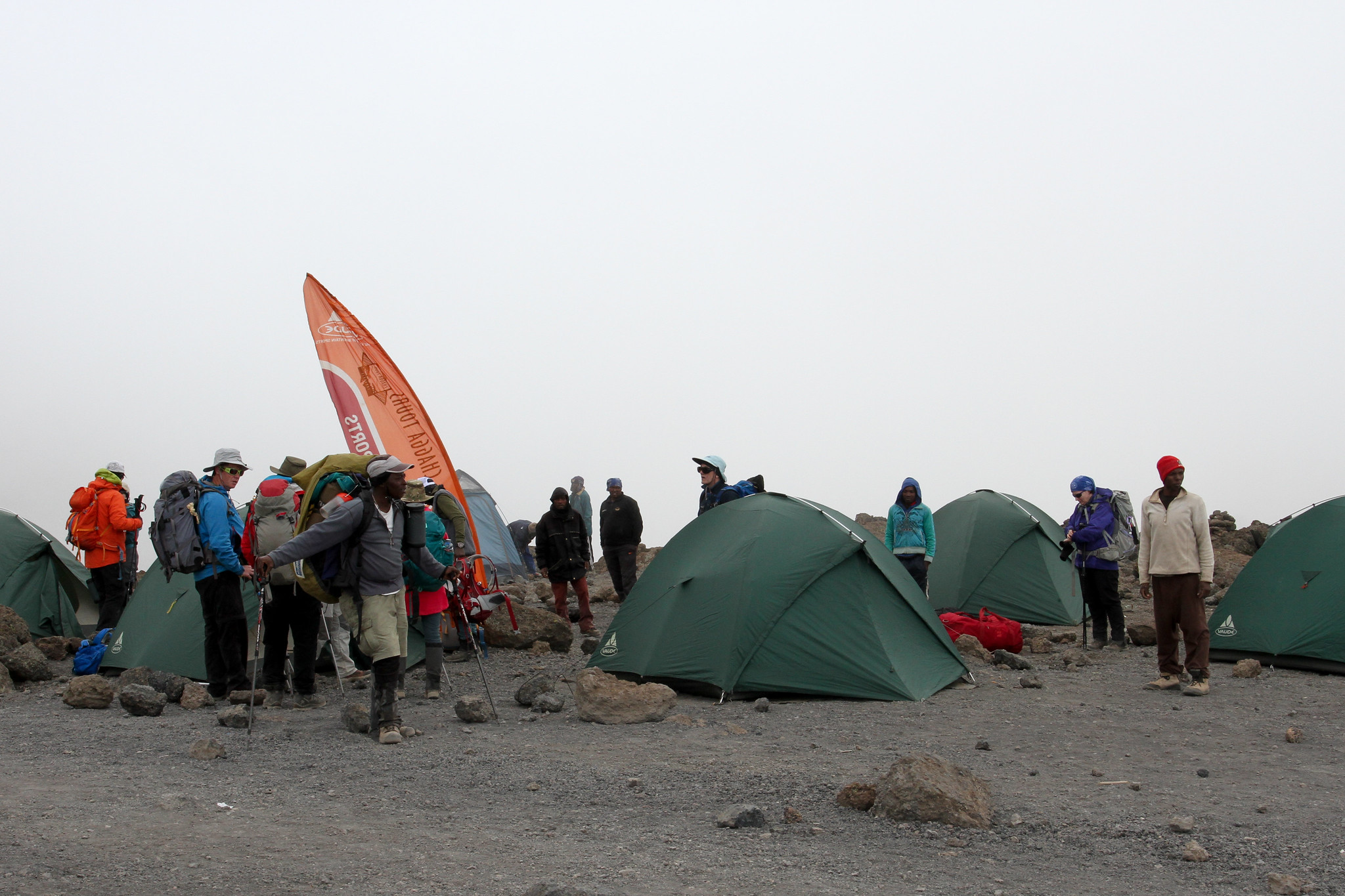