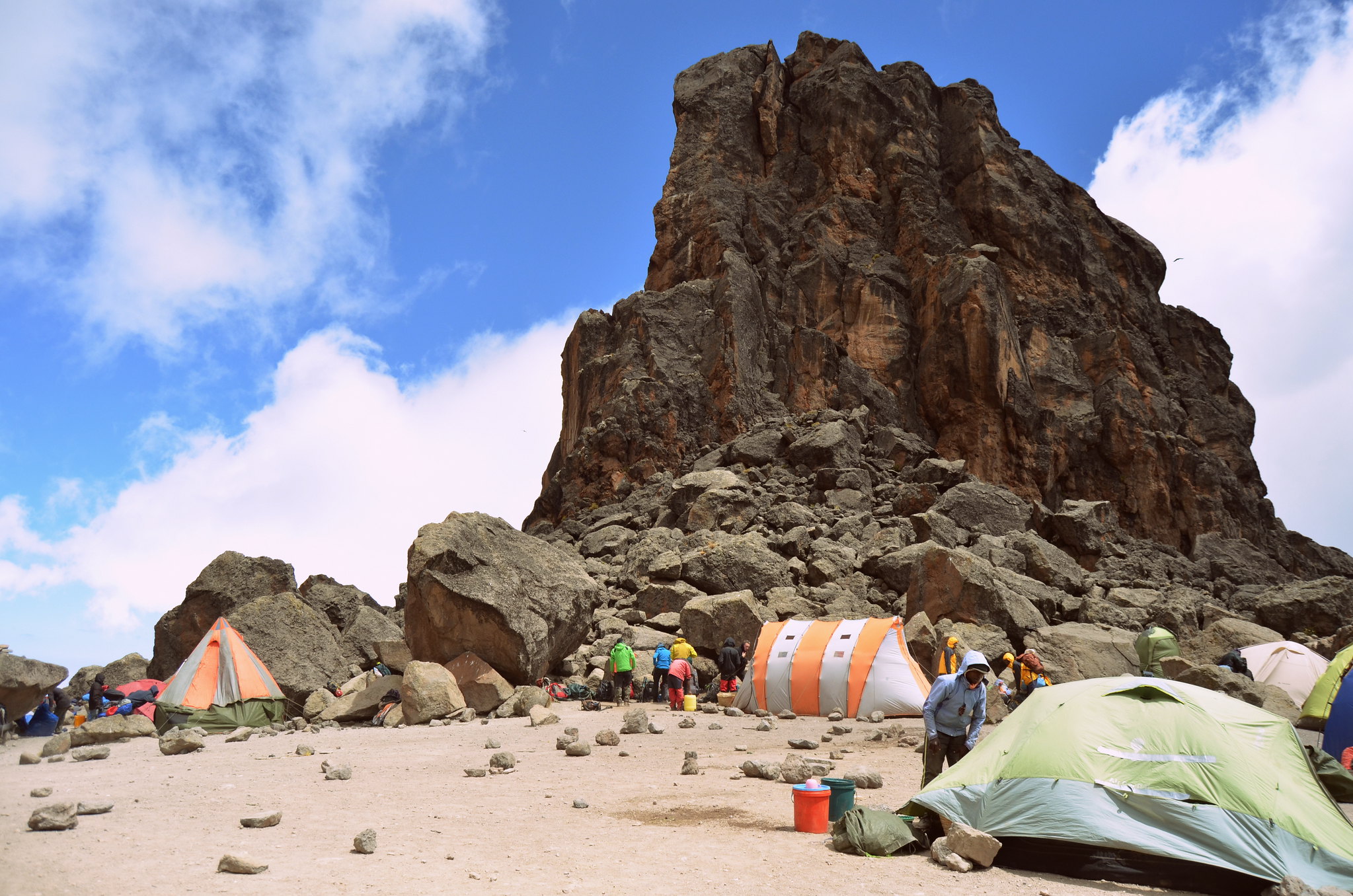 The Lava Tower was formed over 150,000 years ago as a result of volcanic activity when Mount Kilimanjaro was still a triple volcano.

It is as this tower that lava spewed and shot out through where the lava Tower now stands, cooled, and hardened, therefore blocking the venting of lava from underneath it.

The lava tower acts as a cork/plug of the mountain and on active volcanoes, “plugs like these amp up the force and power of the volcano, giving it more pressure to have more explosive eruptions.

Since Mount Kilimanjaro is extinct, the lava Tower has been dormant for over 150, 00 years and counting.

The Lava tower of Mount Kilimanjaro is a volcanic rock tower that was formed by the volcanic activity that happened on the mountain many years ago. It stands at around 90m tall from top to bottom

Mount Kilimanjaro is filled with strikingly amazing sights as you traverse from the base of the mountain, through dense rainforest, towards the bare heath, through the alpine desert, proceeding onto the chilly arctic zone but once feature stands out from the rest, the lava Tower.

A few years back, the Lava Tower used to be a popular attraction that climbers visited to enjoy the panoramic, 360-degree views of the environs and the peaks; For safety reasons, this activity was halted/stopped. Beneath the lava Tower, you will find the Lava tower camp, which was established for those climbers who used to purposely visit the Lava Tower.

Which Route takes you to the lava Tower?

Even though the activity was stopped, the lava Tower camp is still being used for climbers plying the Shira, Lemosho, Northern circuit, and Machame routes, heading to the Uhuru peak Summit.

To get to the Lava Tower, the best route to use is the hazardous Western breach Route. Accommodation at lava Tour is the lava Tower Camp which is located at the foot of the lava Tower itself

Activities at the lava Tower

At Lava Tower, you can do Camping as there is a campsite called the lava Tower camp just nearby, hiking, picnics, rock climbing, and trekking are the other activities you can do at, or near the lava Tower.

You can visit the Lava Tower, any time of the year, but it would be less favorable to visit this attraction during the colder and wetter months of March to June. The best time to visit the lava Tower would be the warm and dry months of January through early March and June through October. The clear skies, great views, and sunshine make it the best and most comfortable time to climb Kilimanjaro to Lava tower and also a favourable time to stay at Lava Tower. 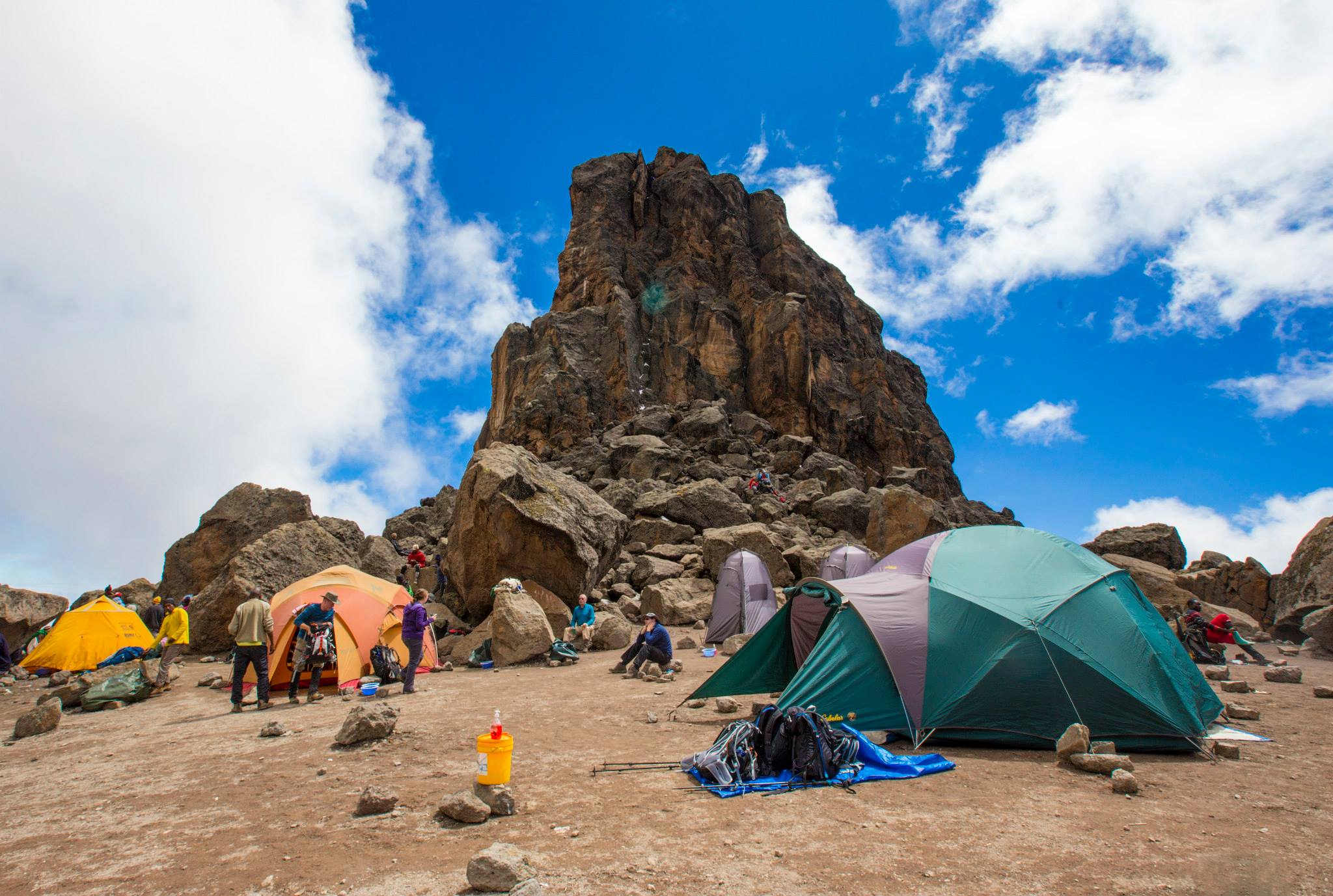 Located approximately 4,572 meters or 15,000 ft high, on the western slopes of Kibo which is the tallest of the three Mt Kilimanjaro peaks, the Lava Tower lies along the Shira, Machame, Lemosho, and Northern circuit routes.

It would take you about 5 hours of trekking from the Shira 2 and Shira cave campsites, then another three hours to Barranco campsite and approximately an hour to the Arrow glacier campsite in order to reach lava Tower.

Lava Tower lies in the Alpine desert region of Mount Kilimanjaro that is characterized by scarce to zero plant life, no rainfall, and no presence of animal life; Instead of snow, lava Tower receives a considerate amount of ice crystals on the tower and its surroundings due to moisture condensation at night times. 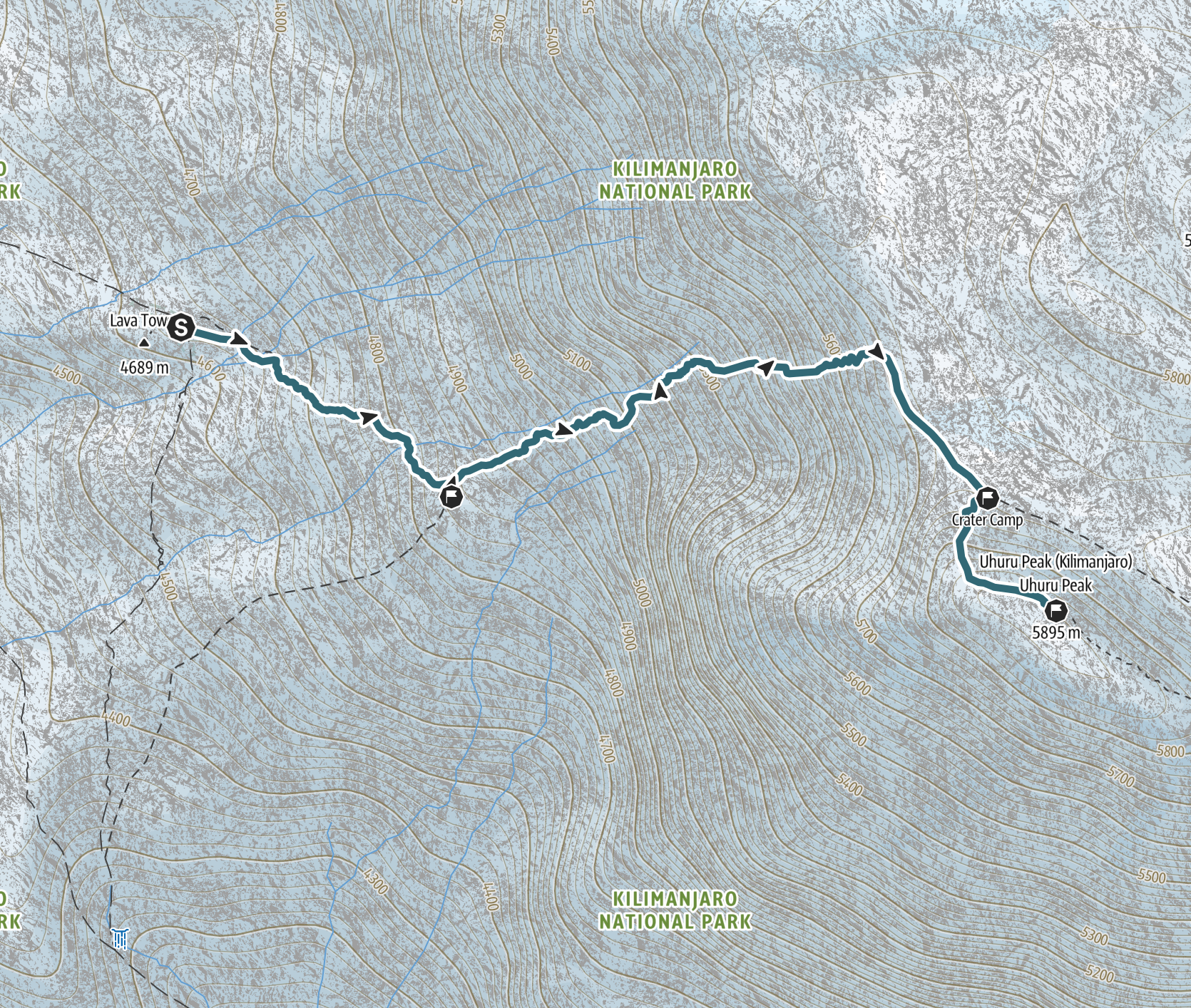 Your next camp before reaching the Western Breach wall is Arrow Glacier Camp (4903m), which you reach after spending the night at Lava Tower Camp (4600m). With an early start (before 05:30 is advised), you can reach the crater rim in around four to six hours.

The Furtwängler Glacier in the Reusch Crater on Kibo is on your left as you make your way the short distance to the Crater Camp (5800m) from here.

The trail to Uhuru Peak (5895m), Kilimanjaro’s summit, is clearly marked and should take you there in approximately an hour. If you intend to spend the night in the crater, it is typically advised that you climb the mountain before doing so. 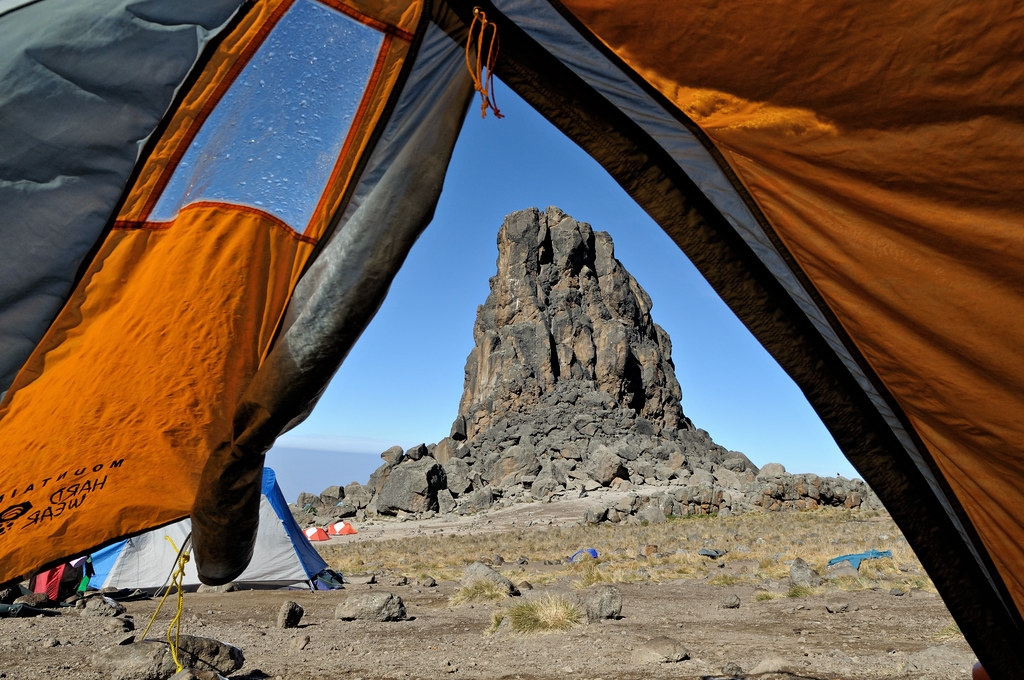