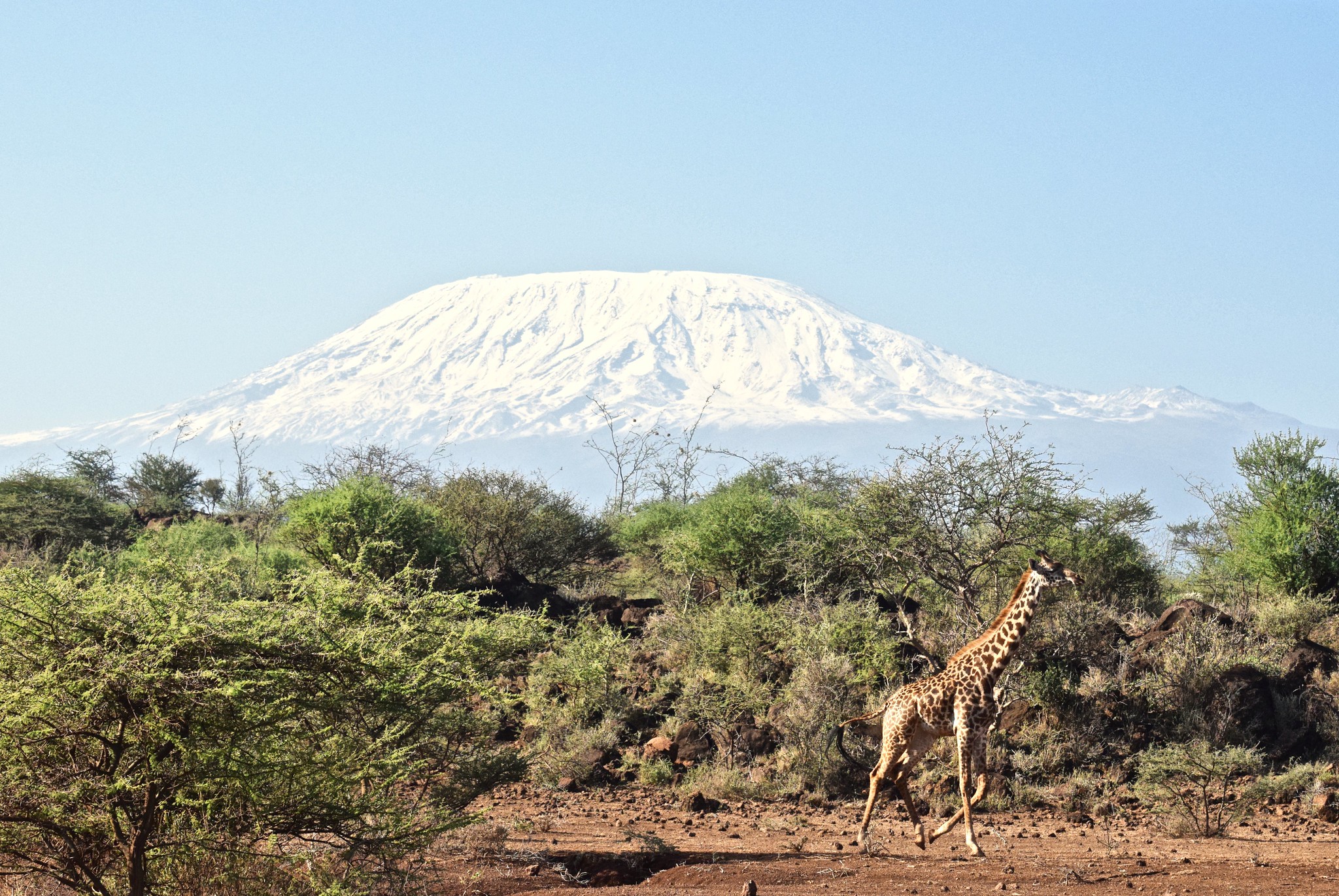 Kilimanjaro National Park is a national park in Tanzania that plays host to many species of wildlife as well as home to the more popular Mount Kilimanjaro. Unlike other national parks located to the north of Tanzania, where tourists come to see wildlife, this one is a different case scenario as tourists flock in their thousands to climb the mountain more than do safari game drives. Even though wildlife is there, many people pay more interest on the mountain that is located inside Kilimanjaro National park.

Why is Kilimanjaro national park so popular?

Its popularity is brought about by the majestic, snow-capped mountain that is located at the heart of the park because rather than exploring the wildlife in the park, tourists come here mainly to marvel at this beautiful mountain, Mount Kilimanjaro.

Mount Kilimanjaro is the highest mountain in Africa as well as the highest freestanding mountain in the world. If that is not reason enough for tourists to sideline Entire Park’s interest just for this African giant nicknames Africa’s rooftop then what else?

How to get to Kilimanjaro National Park

The distance from Arusha Town to Kilimanjaro national park is 128 km (80 miles) and approximately one hour’s drive from Kilimanjaro International Airport.

There are entry gates to Kilimanjaro National Park among other entry points are Machame, Londorosi, and Marangu, which also acts as the park’s headquarters.

The lower rainforest where the main Kilimanjaro national park resides is home to plenty of wildlife, including big game wildlife and big five animals like buffaloes, elephants, leopards, elands, giraffes, and monkeys.

On the mountain, a variety of animals can be found in the park. Above the tree line area, the Kilimanjaro tree hyrax, the grey duiker, and rodents can be spotted from time to time

The People of Kilimanjaro National Park

Kilimanjaro National Park is located in the Kilimanjaro region, near Moshi Town and lies approximately 300 kilometers (190 mi) south of the equator.

It covers an area of 1,688 square kilometers (652 sq mi) and is under the administrative care of the Tanzania National Parks Authority (TANAPA).

The park includes the whole of Mount Kilimanjaro above the tree line and the surrounding montane forest belt above 1,820 meters (5,970 ft).[1][3]

Getting there
– 128 km (80 miles) from Arusha City.
– Approximately one hour’s drive from Kilimanjaro International airport.

What to do
– Climb Mount Kilimanjaro
– One Day or overnight treks on the Shira plateau. Nature trails on the lower slopes.
– Trout fishing.
– Visit the beautiful Chala crater lake on Mount Kilimanjaro’s south-eastern slopes.