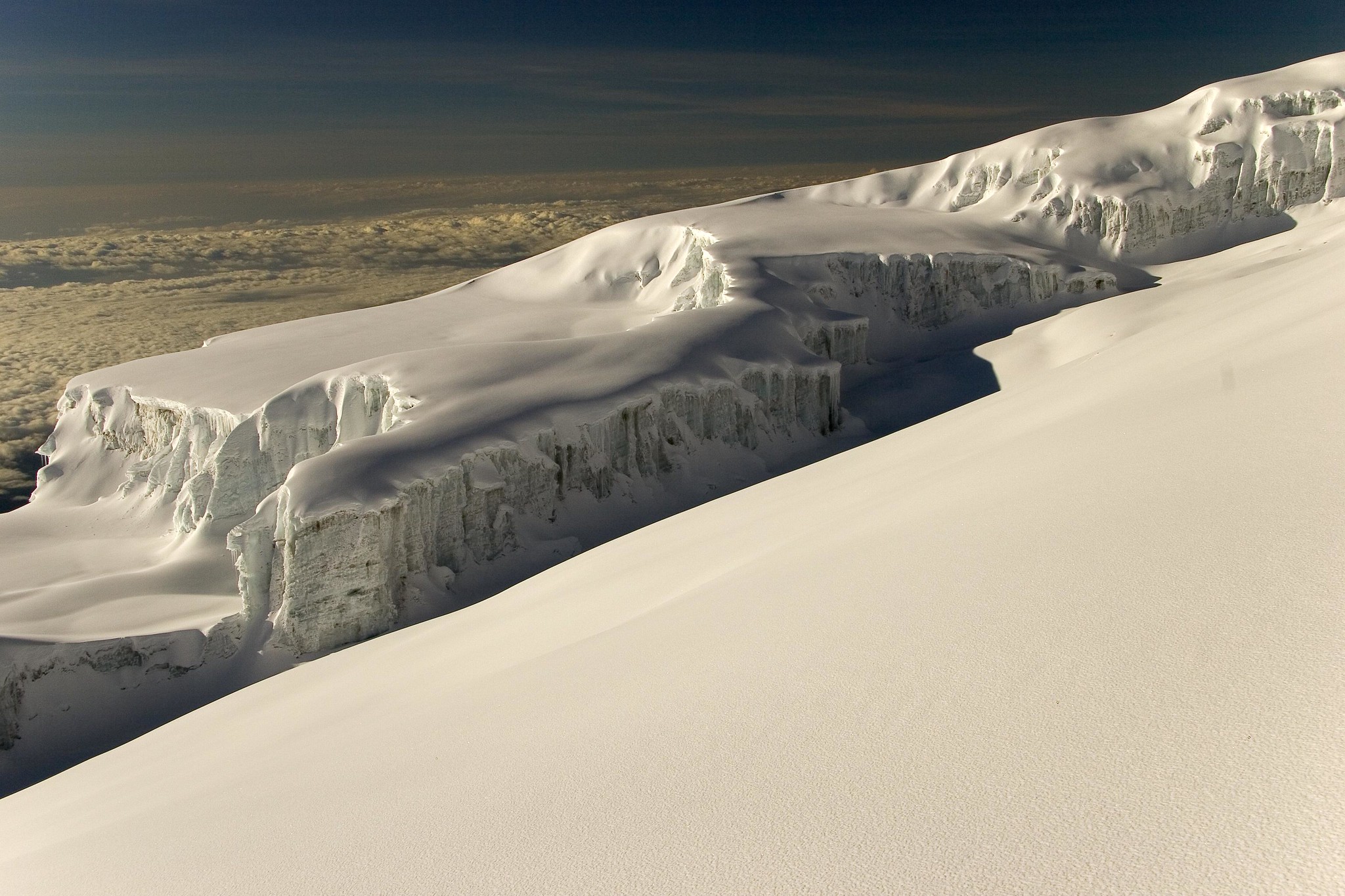 The Northern Ice Field is by its own right the largest ice body on Mount Kilimanjaro at the moment, covering an area of 0.95 square kilometers (0.37 square. miles), when it was last measured in the year 2007

Sadly, as snow on Kilimanjaro has been gradually melting over time, the icefields have been more and more exposed, which has led to an increase in the melting of the glaciers and icefields over time.

A study recently revealed that the Northern Icefield, previously the largest surviving ice field on Kilimanjaro, had shrunk and split into two halves. The northern ice field on the top currently has a gap wide enough to ride a bicycle through.

Location of the Northern ice field

At one time, the Northern ice Field was huge enough that it used to act as a feeder for numerous glaciers with flowing ice from north to south of the mountain. Some of the glaciers include Credner, Drygalski, Great Penck, and Little Penck Glaciers. 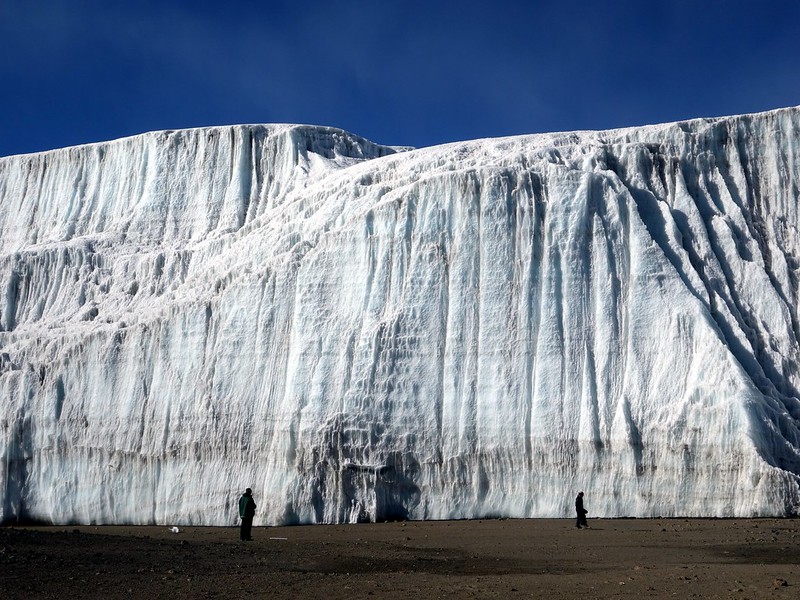