Shira peak, one of the three peaks of Mount Kilimanjaro and the third highest peak after Mawenzi and Kibo, stands at a staggering height of 4,005m (13,140 ft) tall.  At the top of the Shira Peak a broad plateau, known as the Shira Plateau.

Shira is one of Mount Kilimanjaro’s three volcanic cones, with the other two cones being the “Kibo” and “Mawenzi”. Shira is categorized extinct, the last time it was ever active was 2.5 million years ago when it erupted.

Shira, the oldest and smallest of the three volcanoes Shira, Mawenzi, and Kibo, was the first to go extinct. The Shira ridge, on the mountain’s western border, is a highly eroded ridge with Johnsell Point at 3962 meters. This ridge is nothing more than the original Shira crater’s western and southern rims. Later Kibo material is used to cover the northern and eastern walls. The Shira Plateau is a vast (6200 ha) rocky collapsed crater located halfway between Shira and Kibo (caldera). Lava outbursts solidified and turned into rock, forming this fascinating landmark.

How to get to Shira

In order to reach and walk along Shira’s plateau, you must use the Machame Route on your way to the Uhuru peak. It is a somehow challenging trek but will reward you with amazing views of the Mountain especially the Southern Icefields as you traverse a variety of Mount Kilimanjaro’s climatic zones that include rainforest, moorland, and the arctic zone.

On 21st, September of 2014 two climbers tied the knot on Africa’s rooftop. What is little known is that they chose this beautiful peak as their wedding venue on Shira Camp 2 to be specific, one of the trekking camps. They used the Machame Route, climbing on a seven-day itinerary.

This just shows you how beautiful Shira is to the extent of playing host to a wedding. “Love is in the air”

Apart from the Shira plateau at Shira, another striking attraction on Shira is surely the Shira Ridge which stands at  3,600m or 11,811 ft.

The Shira Cathedral is a huge rock mass that is surrounded by pyramid-shaped and high-pointed rocks.

The Shira Cathedral standing at a towering 3895 meters or 12,779 ft. is located near East Shira Hill on a steep path that offers an easy and short hike.

At the Shira Cathedral, you can get a glimpse of a crown eagle that inhabits this area and views of the Shira Needle and the Kikafu Barranco in the south, a wild and deserted valley.

The Shira Cathedral is a short ridge-summit elevated on the southern rim of the Shira caldera, the remains of the massif’s first volcano, which must have once rivaled the subsequent Kibo (now the famous glaciated main peak) in size, but which collapsed in on itself, later being filled with ash and lava flows from Kibo.

There are several fine minor summits to be climbed around the Shira plateau; the Shira Needle can be scaled by a scramble and provides an amazing viewpoint. Walking on the edge of the Shira Plateau/Caldera you can catch a greaty view of Shira Cathedral and Shira Needle. 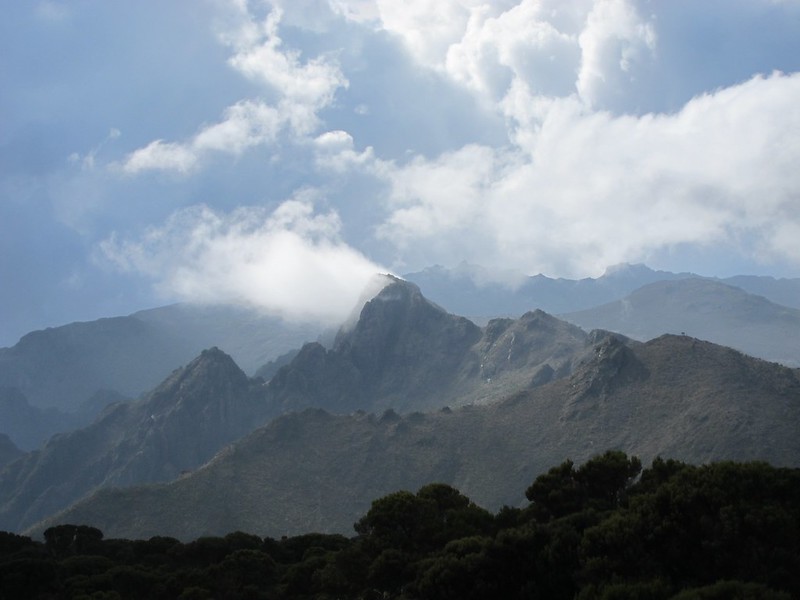