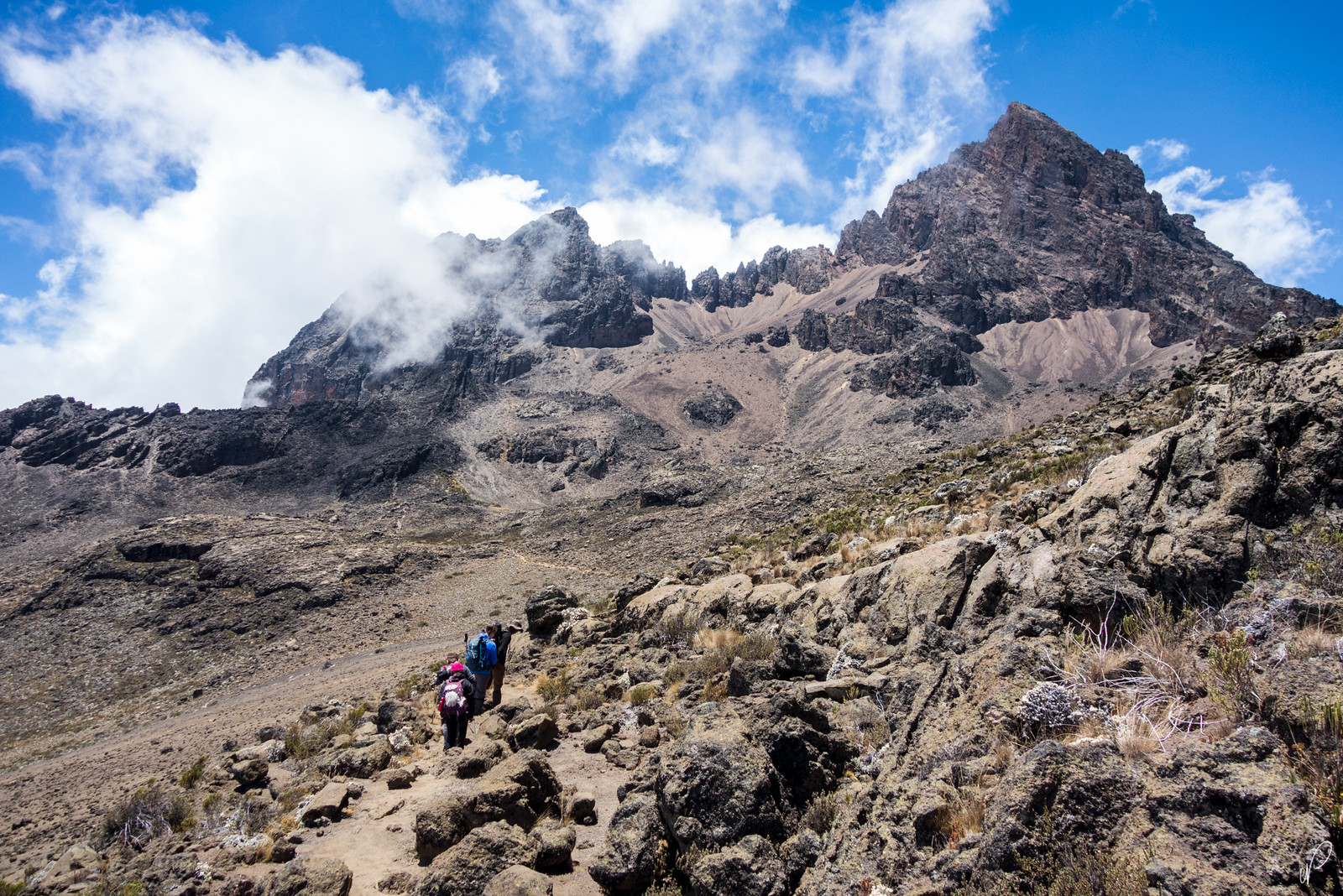 Mawenzi Peak is Mount Kilimanjaro’s second highest peak after the Kibo peak. Standing at a staggering 5,149 meters (16,893 ft.) this peak is the third highest peak in Africa after Kibo followed by Mount Kenya which exceeds the Mawenzi peak by only 50 meters ( 164 ft.).

Many climbers opt for the much easier Kibo peak to summit Mount Kilimanjaro since the Mawenzi is very challenging to climb.  Made up of a very steep slope and loose rocks, huge experience, expertise, and very special equipment imported from abroad should be used to access the Mawenzi peak.

Before it was proven that Mawenzi is the third highest peak in Africa, many thought Ruwenzori, which is located along the Uganda and Congo DRC was the third-highest.

Mawenzi’s main summit standing at 5,149 m ( 16893 ft.) is called Point Hans Meyer which was named after the German geologist, Hans Mayer, there is also a resting point on Kilimanjaro named Hans Meyer Cave.

After Mawenzi, the third highest peak on Mount Kilimanjaro is the less popular Shira peak.

Can you climb Mawenzi Peak?

Yes, you can climb Mawenzi Peak. The Kilimanjaro National Park Authorities are still mapping out a safer route to navigate to Mawenzi Peak. Even though you tackle Mawenzi Peak but it is still dangerous and it is near impossible to find tour operators that offer climbing services to Mawenzi Peak. Nevertheless, it is allowed to climb but risky.

Those who want to trek to the peak of Mawenzi on Kilimanjaro have to meet some set expectations and necessary qualifications plus an extra US$750 on top of the regular park fees.

The best time to climb the Mawenzi Peak is during the warm and dry months of January to March and June to October. To climb Mawenzi, avoid the rainy months of March to May and November to early January.

How to get to the Mawenzi Peak

Route leading to these camps :
– Marangu Route
– Rongai Route
– After the ascent of Kibo from Kibo Hut

The start point of these routes is the town of Moshi.

From Moshi town to Marangu Gate. Then through the Rombo District to Loitikitok near the Kenyan-Tanzanian border and Rongai. Then over First and Second Cave Campside to Mawenzi Tarn Huts or Mawenzi Hut. Read more about the Rongai Route.

Before you climb the Mawenzi Peak, you should know:

* The peak is too risky to climb.

* “You must give the park authorities a detailed list of all the technical mountaineering equipment you intend to bring in the application.”

* “In order to find a knowledgeable and acceptable guide for you, we need a lot of advance information about your plans.”

How to climb the Mawenzi Peak

The Mawenzi’s hardened lava is somewhat broken. Because of this and the high inclines, climbing Mawenzi is incredibly risky.

The highest peak is Hans Meyer Peak (5149m), which was originally reached on July 29, 1912, by E Oehler and F Klute.
From the Saddle, a short eastward hike takes you to the Mawenzi Hut (4600m), which is below the west face and close to water (1h). The Oehler Couloir, the first ascensionists’ route, is located north of the Oehler Ridge, which borders the northwest corrie one kilometer north of the hut. The simplest route to the main summit is to ascend the Oehler Couloir at half height.

400m II* 5 hours: Oehler Couloir via North-West Corrie variant.
Source: R.E. Caukwell, P.A. Campbell, D. Bell, G. Low, and L. Benito, 1951. Start in the top left corner of the scree on the northwestern corrie, between two gullies on the left. When in doubt, take a left and follow this until you reach the ridge. A short struggle leads to a little gully that, 60 meters below an icefall that can be traversed from the right or completely avoided by ascending a gully to the right, leads into the Oehler Couloir. One reaches a col above.

A short distance to the south lies Hans Meyer Peak. The route is simple when there is enough snow; otherwise, ice rocks could be encountered. To minimize melting snow and rock collapsing, it is best to descend early.

How dangerous is Mount Kilimanjaro’s Mawenzi?

For a long time, the Mawenzi area had been closed due to its extreme climbing conditions of steep terrain and fragile rocks that required mountaineers who are very skilled to climb to Mawenzi using special mountain climbing equipment imported from abroad.

Just recently Mawenzi was declared open for mountaineers but extreme caution was to be taken by climbers. Fatalities have occurred in the past and that is the main reason access to Mawenzi was denied and the area closed. Even though it may be open, Mawenzi is still hazardous.

The Mawenzi peak is unique in appearance and the most recognizable and unique features of this peak on Mount Kilimanjaro include its spiky and jagged top.

Mawenzi Peaks from north to south : 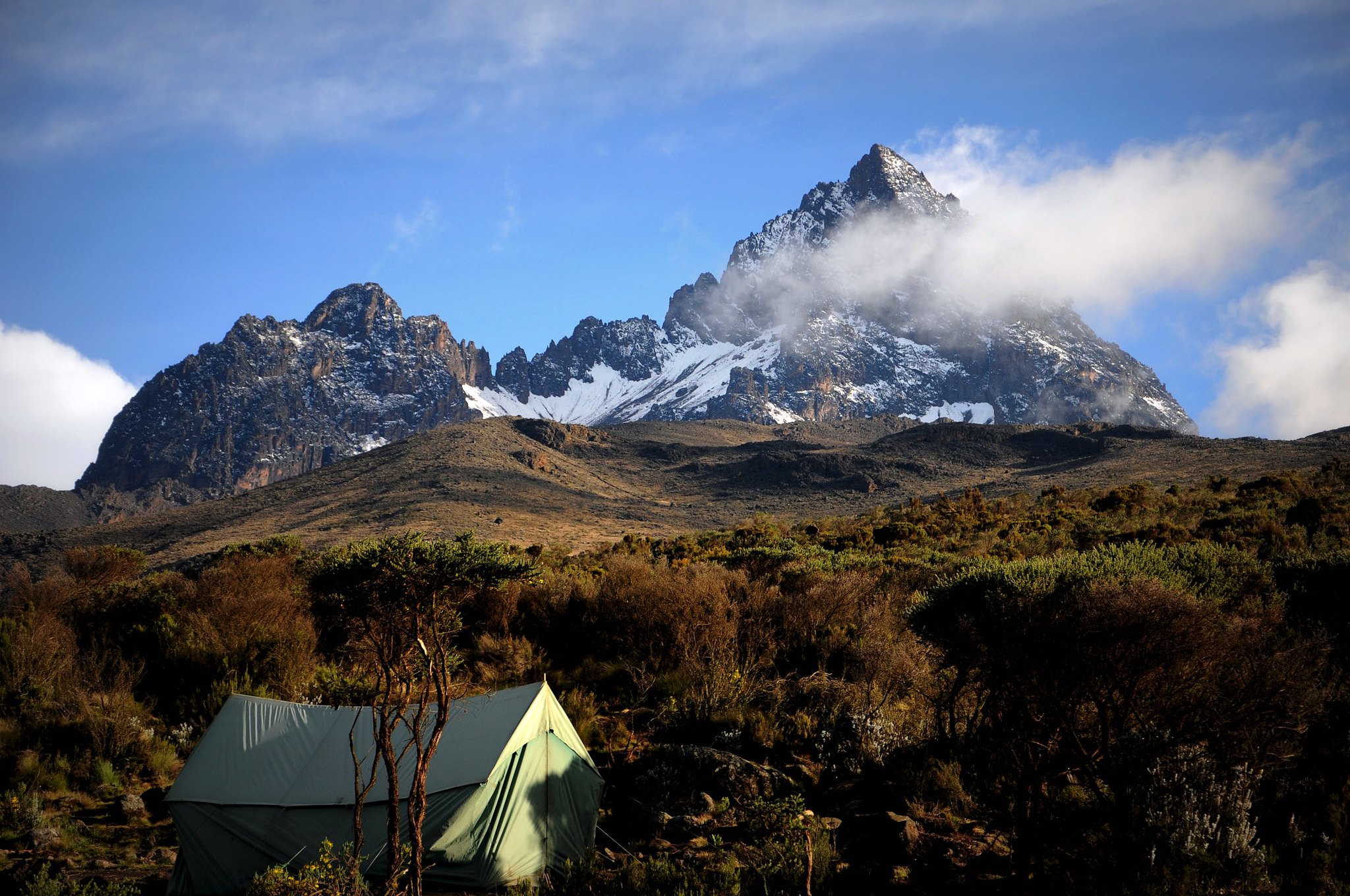