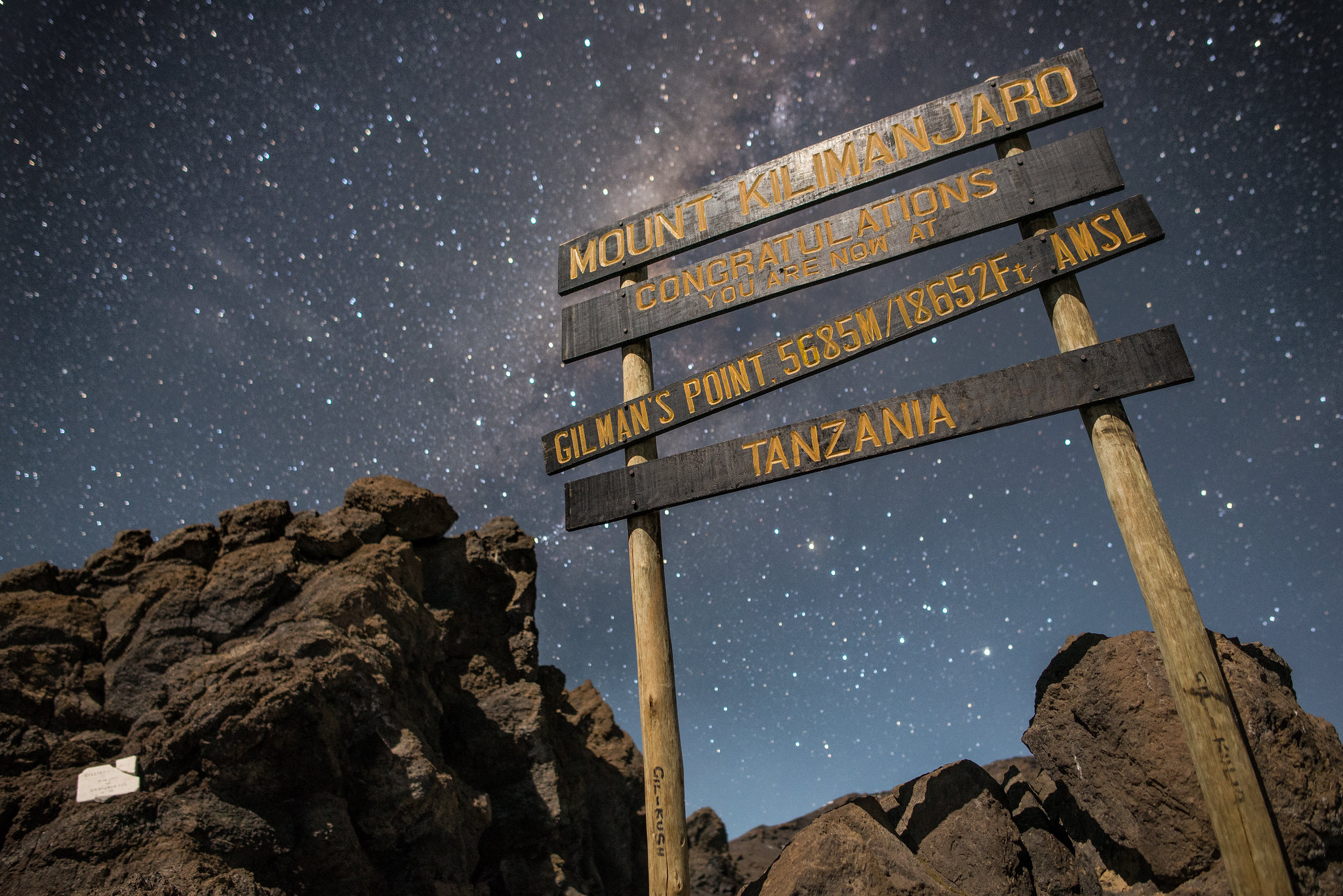 Gilman’s Point is one of three summit points on Mount Kilimanjaro rising at 5,681 meters (18,885 feet). It is located at the edge of the crater rim, next to Stella Point and  Uhuru Peak.

Since Gilman’s Point is one of the three summit points, reaching here and not reaching the actual summit point, Uhuru peak your efforts will not go to waste as you will also be given a certificate to acknowledge that you have reached the top of Africa’s tallest mountain.

While on Gilman’s Point you can enjoy stunning views, among them is the open crater at the top of the Kibo cone.

From here onwards up to the main summit point of Kilimanjaro, it is an easy task as the path along the crater rim to Stella point becomes easier to manage.

Gilman’s point is the point that marks the end of the scree slopes of Kibo and the beginning of the crater rim and the trail to the summit. Only climbers on the Marangu, Rongai, and northern circuit routes pass through Gilman’s point on summit day (usually the second or third last day of the climb).

The trek to Gilman’s point begins at the Kibo huts campsite in the middle of the night, a journey that is termed as the toughest of the route is why most climbers end their trek at Gilman’s Point due to altitude sickness and fatigue.

Ironically the journey from Gilman’s Point to the main summit point, the Uhuru Peak is much easier

There is a huge signpost at Gilman’s point that marks the boundary that was put up by the mount Kilimanjaro park authorities.

Situated to the East of Kibo’s crater rim, which makes up one of the three high peaks of Mount Kilimanjaro.

With the previous campsite before reaching Gilman’s Point, the Kibo huts, when you head to Gilman’s Point you will see it clearly as it has a unique resemblance of a pile of rocks on an infinite hill with solid ground.

This region bears zero rainfall, rocks, plants, or animals but it is filled with plenty of ice.

Even though both of these Kilimanjaro summit points namely, Gilman’s Point and Stella Point are not yet the main summit points, they are still worthwhile milestones in Mount Kilimanjaro trekking that you can be proud of that is why you will be awarded a certificate as proof of summiting this mountain.

Along with Stella Point and Uhuru Peak, Gilman’s Point is one of Mount Kilimanjaro’s three summit points. Climbers who make it to Gilman’s Point, located at an elevation of 5,756 meters (18,885 feet) on the crater rim, will obtain the official Kilimanjaro climbing certificate and be able to boast that they have scaled Africa’s greatest peak.

When you eventually get at Gilman’s Point, you’re likely to have a tremendous sense of accomplishment.

This is because you will have overcome the challenges of altitude, rocks, and scree that climbers must overcome before reaching the summit of Kilimanjaro.

At Kibo’s summit, which is visible from Gilman’s Point, there is a sizable open crater from where you may take in the breathtaking views of the unspoiled environment that is all around you.

The trail gets a little bit easier and more bearable as you proceed around the crater rim to Stella Point as you climb Mount Kilimanjaro.

Gilman’s Point and Stella Point are thrilling stepping stones on your quest, even if neither is the top just yet. 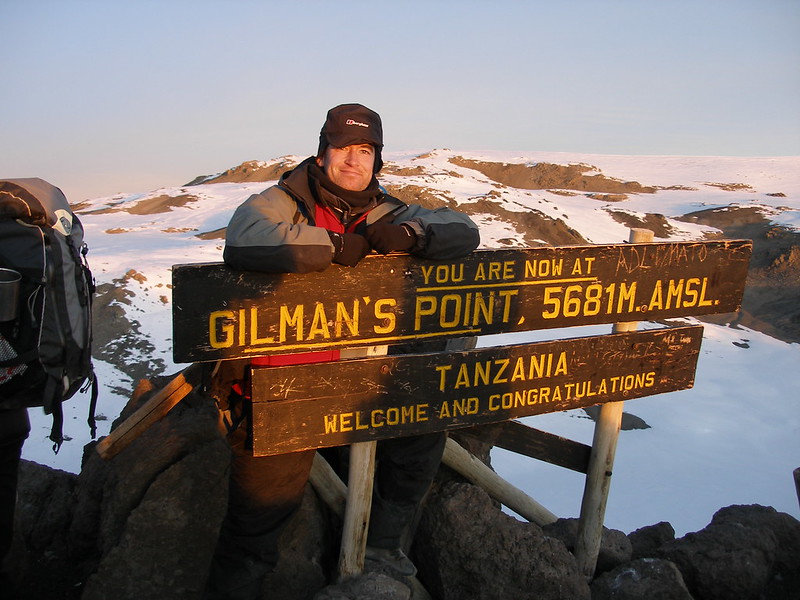