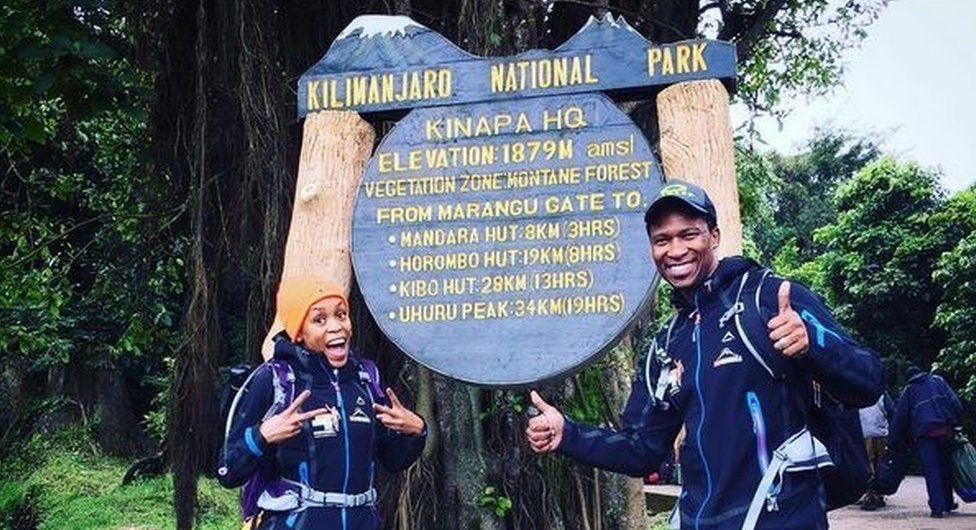 Gugu Zulu, a South African rally driver and local media star, died on Monday while participating in a Nelson Mandela Day charity climb on Mount Kilimanjaro in Tanzania with his wife.

Zulu, 38, a three-time national rally champion who went on to become a popular racing writer and broadcaster, was part of a group of 46 climbers trying Africa’s highest peak when he began to have respiratory problems.

The Nelson Mandela Foundation issued a statement saying, “It is with a heavy heart that we report that one of the climbers on the Trek4Mandela, Gugu Zulu, lost his life while summiting Kilimanjaro early this morning.”

According to the foundation, Zulu was climbing with his wife Letshego and a group of other climbers when he “had breathing troubles.”

“We’ve been told that the medical staff did everything they could to preserve his life.”

He was part of a group of climbers attempting to reach the summit of Kilimanjaro on Mandela’s birthday. The walk was in support of 350,000 disadvantaged adolescent girls who are unable to attend school due to a lack of sanitary supplies.

“We are extremely grieved by this unfortunate and painful occurrence, which occurred on a day when we should be joyful and honoring Madiba’s legacy,” Zuma said, using his clan name to refer to Mandela.

Zulu wrote on his Facebook page on Saturday that he was suffering from flu-like symptoms and that he was “struggling with the mountain but tackling it step by step!!”

The news of Zulu’s death “devastated” Sello Hatang, the CEO of the Nelson Mandela Foundation, who had recruited him to climb Africa’s tallest peak.

The party had intended to meet on July 18, the late anti-apartheid hero and South African President Nelson Mandela’s birthday.

“I’m heartbroken. I was well acquainted with him. I persuaded him to attempt Mount Kilimanjaro. He told me last week at the airport before he departed that he wants to talk to me about organizing further Mandela Day programs.”

After Zulu had difficulty breathing, a medical team put him on a drip and down the mountain with him, but they were unable to save his life, according to the Foundation.

Zulu leaves behind a little daughter and a wife.

Kilimanjaro is one of the world’s most accessible high mountains, rising over 6,000 meters above sea level. It has a yearly fatality rate of roughly ten people, the most of whom die from altitude sickness.

Read: How many deaths occur on Kilimanjaro each year