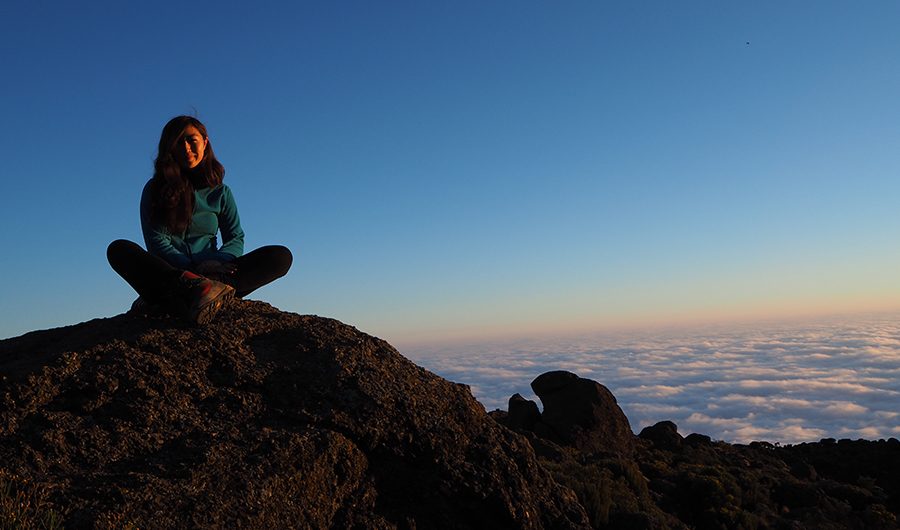 Marin Minamiya, a Japanese youngster, has previously climbed Mount Everest and the highest peaks on six other continents, as well as making a trip to the South Pole.

The 19-year-old university student now has the North Pole on her mind as she attempts to become the youngest person to climb all seven summits and go to the poles.

According to a website dedicated to the challenge, just 51 people have achieved the achievement known as the Explorers Grand Slam.
Not bad for someone who considers conquering towering peaks to be merely a “hobby.”

“I am not a climber,” Minamiya told AFP in a recent interview in Tokyo. “I do not wish to continue climbing high peaks.”

“I love the journey there and meeting new people.”

“It’s all about pushing yourself; you have to go past your own boundaries and overcome your weaknesses.” It’s almost like meditation, which I really appreciate.”

Minamiya, who just signed a sponsorship contract with a major Japanese apparel retailer, was inspired by a school trip to Hong Kong, where her family had relocated for business.

The 13-year-old was completely immersed in the online world at the time, frequently conversing with pals via social media rather than in person.

Minamiya was fascinated after her class traveled into part of the city’s steep terrain in southern China.

“It was quite refreshing.” “It was unfamiliar territory for us,” she explained.

“We were conversing in real-time, using analog maps and compasses, and we thought to ourselves, ‘My goodness.’

I didn’t realize there was so much beauty in the world.'”

After that, she began climbing mountains in Nepal and Tibet. She had a goal for herself when she was 17 to complete the Explorers Grand Slam.

To complete the circuit, she just needs to reach the North Pole, which she hopes to do in April.

“My family was taken aback. ‘Why did it come out of nowhere?’ they wondered “Neither of her parents are climbers, she explained.

“There were occasions when a group of grownups approached me and said, ‘There’s no way you’ll be able to accomplish it.’ You’re simply a fresh-faced Japanese girl with no prior experience.

“But that didn’t bother me in the least. I was just a little too adamant, “she said.

She reached the South Pole after scaling the Vinson Massif in Antarctica in December of last year.

She has also climbed Africa’s Mount Kilimanjaro, Australia’s Mount Kosciuszko, Russia’s Mount Elbrus, and the 8,848-meter Everest in May of this year. She is the world’s youngest Japanese woman to reach the summit of Mount Everest.

In July, she reached the top of North America’s Denali, commonly known as Mount McKinley.

She shivered at the thought of Mount Elbrus, saying that while Everest was the tallest, it was not the most difficult.

“It is said to be one of the simplest of the “Seven Summits.” However, this was in the winter, and Elbrus was immediately before Everest when I climbed it.”

“I only had a week to climb this mountain, and the weather was bad, the climbing conditions were scary, and the entire mountain was frozen — it looked like an ice rink.”

She was climbing Everest in Nepal two days later.

“I simply don’t give up,” she added. “I feel like every mountain has taught me something new and made me a lot stronger person.”