Which is the hardest route on Mount Kilimanjaro?

Which is the hardest route on Mount Kilimanjaro?

The title for the hardest route on Mount Kilimanjaro has got to be the Umbwe Route. A short and steep route, the Umbwe route is a more direct approach to the mountain’s summit, Uhuru Peak on Kibo. The Umbwe Route is one of Kilimanjaro’s less traveled routes.

This route is recommended to experienced hikers with previous mountain climbing experience under their belt as they are capable of adjusting rapidly to high altitudes.

It is one of the toughest and least safe Kilimanjaro courses due to its rapid ascent and elevation gain over the first two days. Climbers are rewarded with unusual and startling viewpoints, fewer people, and closer spacing. You will also enjoy watching the shocked expressions on the faces of the locals when you tell them you had success reaching the summit using the Umbwe route itinerary. The trail heads south before turning east at Barranco Camp, passing through the Southern Icefield on its way to the summit from Barafu. The Mweka route is used to descend the mountain after climbing using the Umbwe Route.

Umbwe is not just the least traveled route, but it is also the least congested Kilimanjaro Route. Because it is notorious for being the most challenging trail to reach Uhuru Peak, climbers tend to favor other routes. The 5,895-meter-high Uhuru peak is reachable via a straight ascent along a difficult, continuous route. It takes five days to ascend the Umbwe Route. But most hikers add an extra day or two to allow for better acclimatization. The trail starts on the mountain’s southern flank. On Kilimanjaro, this straight path is the most challenging. As a result, those who have high physical and mental stamina recommend or prefer the route.

Related: Which is the easiest route on Kilimanjaro?

There are very few climbers that choose to hike via Umbwe due to its difficult height. The route is therefore preferred for people who enjoy less traffic and have high physical stamina. Get the Kilimanjaro Umbwe Route Success Rates & Ratings and start your climbing journey!

The trail itself is steep, you’ll travel over rocky outcrops, and you might need to cling to tree branches in certain places to pull yourself up the slope. You will encounter strong breezes and be exposed to Kilimanjaro’s severe weather as you ascend to the high, snow-capped region. 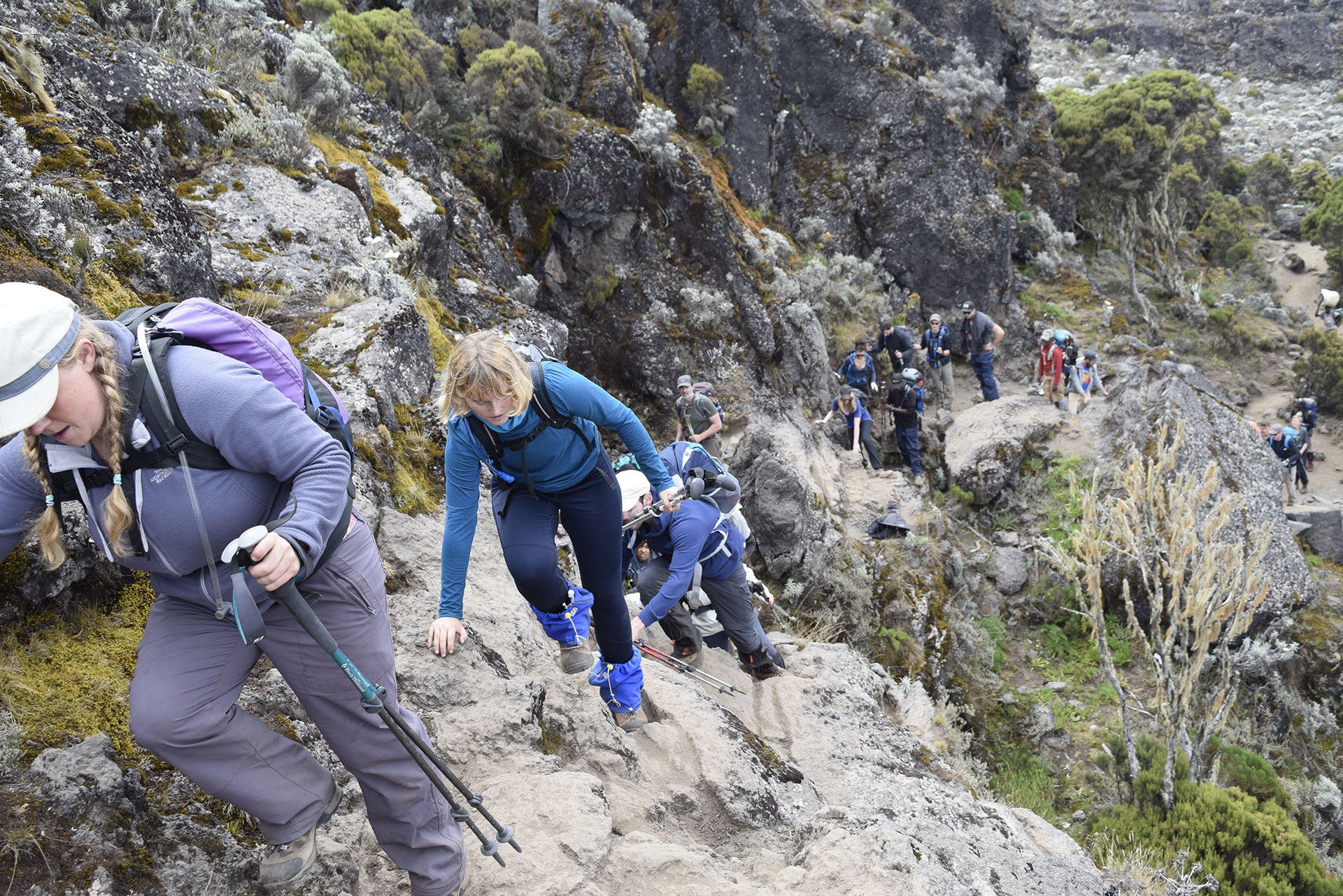 How difficult is the Umbwe Route?

The Umbwe route is the most difficult route up Mount Kilimanjaro and one of the shortest approaches to the Southern Glaciers and the Western Breach. The Umbwe route is a short, steep, and direct climb when approaching from the south. It is most likely the most beautiful, less difficult path up Mount Kilimanjaro. The relatively quick ascent to higher altitude makes it rather strenuous, but the benefits are bountiful.

This route does not offer the required acclimatization phases due to the quick ascent to high altitude. Although there is extremely little traffic on this route, the likelihood of success is also very low. A healthy level of fitness is strongly advised.

Quick facts about the Umbwe Route

• The dramatic views on the route are out of this world