Stella Point is among the three official summit points of Mount Kilimanjaro that comprise Gilman’s Point, Uhuru Peak, the main summit point which also happens to be the highest, and Stella Point itself.   This point lies at an elevation of 5,756 meters or 18,885 feet above sea level to the south of Uhuru Peak, on the edge of a crater rim. Stella Point also acts as the endpoint of the scree-filled slopes of the Kibo volcanic cone via the Barafu Hut trail that leads to the summit.

Climbers using the Marangu and Rongai Routes on the mountain will trek from the Kibo Huts Camp to Gilman’s Point, while climbers using Machame, Shira, or Lemosho Route will approach Stella Point from Barafu Camp.

Coming from Gilman’s Point you pass Stella Point on your way to the summit of Kilimanjaro, Uhuru Peak.

Stella Point or Uhuru Peak which is the top of Kilimanjaro?

Even though most climbers’ goal is to reach the Uhuru peak which is the summit, some climbers opt to end their climb here at Stella Point due to altitude sickness issues or just getting tired. However, the hike from Stella Point to the summit is easier than the hike from Barafu Hut.

The journey to the summit is not a joke as the slope becomes steeper and steeper as you approach Stella Point. This is the last point before reaching Uhuru Peak, the ascent is demanding but worth it nevertheless as you will be rewarded with stunning views of the mountain as you watch the sunrise from the East of Mount Kilimanjaro.

Since the journey to the summit of Mount Kilimanjaro begins at midnight or shortly after, climbers normally approach Stella Point at dawn. This reason alone is why you are more like to reach Stella Point when the sun is rising, rewarding you with the most beautiful views of sunsets that you will ever see. 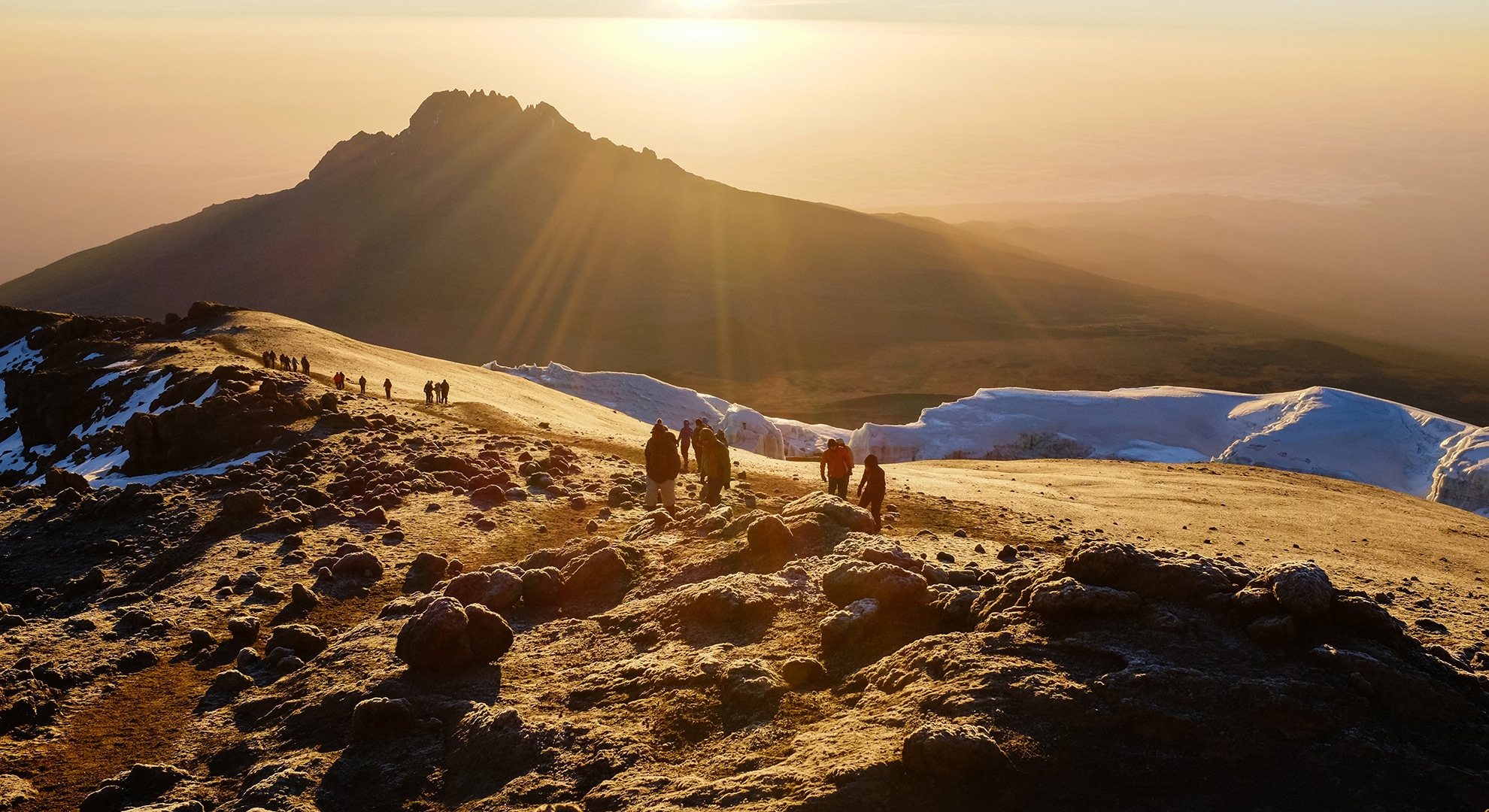 N.B: Even if you don’t reach Mount Kilimanjaro’s Uhuru peak summit, reaching Stella Point alone gives you the privilege of receiving certificates that duly recognize your effort of reaching this far, to Stella Point, Gilman’s Point, or Uhuru peak.

Stella Point bears a large signpost erected by the TANAPA park authorities that are visible to climbers. 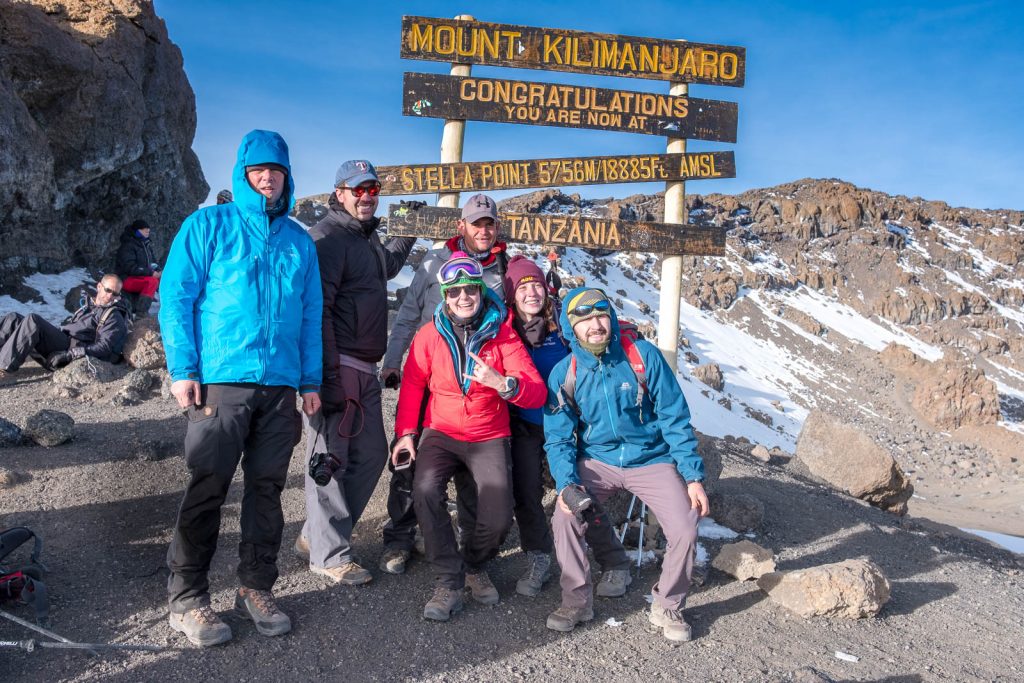 Stella Point: The meeting point for all summit trails

All trails via most of the Mount Kilimanjaro climbing routes converge here on the way to the Uhuru peak Summit, Barafu Hut, and Gilman’s Point which is the ascent route from Kibo Huts. The only route that does not go through Stella Point to the summit is the Western breach Route which needs a special permit to use to climb Mount Kilimanjaro.

Stella point is located on the southern side of Mount Kilimanjaro, at the southern crater rim of Kibo, one of the three Mount Kilimanjaro peaks, the other two peaks being Mawenzi and Shira. Kibo is also the tallest of the three peaks. Stella Point marks the end of the toughest part of the route whereby the slopes of Kibo are full of scree eventually marking the beginning of a ridge that approaches the Uhuru peak Summit. 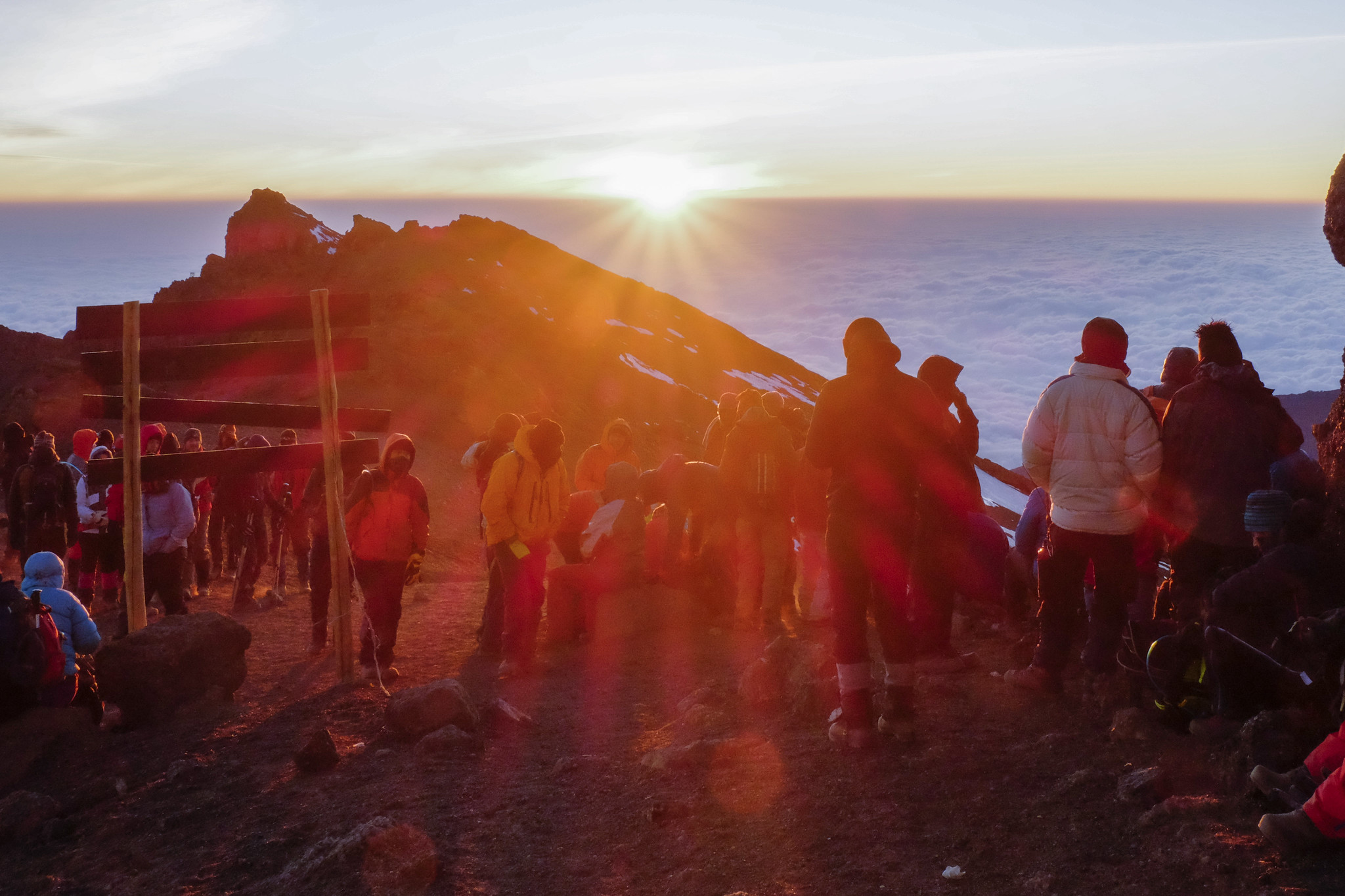 Stella Point is located in the arctic climatic zone of Mount Kilimanjaro, a zone characterized by very low precipitation, no rainfall, high winds, and freezing temperatures that hit sub-zero.

This region’s harsh conditions cannot support plants or animals. The only living things on Stella’s point are two species of spiders that can survive really tough conditions.

Stella Point has stunning views of glaciers, the crater especially very early in the morning at dawn where you can gaze at the rising sun from as far as your eyes can see on the horizon and an aerial view of endless slopes down below and a beautiful view of the Mawenzi.

The Stella Point ground is usually covered in snow with snow covering the rock outcrops but on rare occasions. 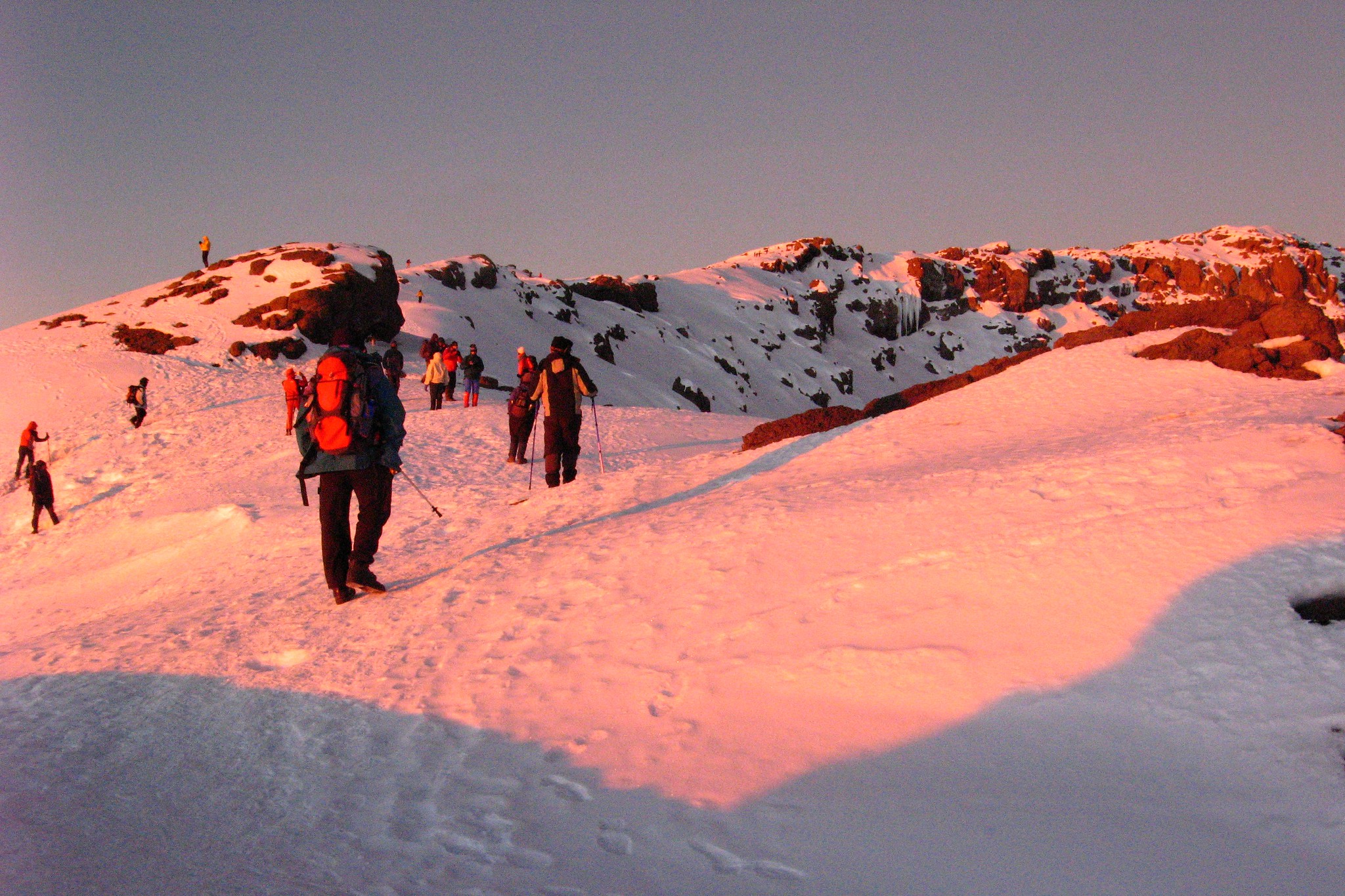 Which Routes take you to Stella Point?

The Machame Route, Lemosho Route, Umbwe Route, and Shira Route all lead to Stella Point. Through Stella Point, Barafu Camp, and Millennium Camp, one descends from the top before arriving at Mweka Gate. 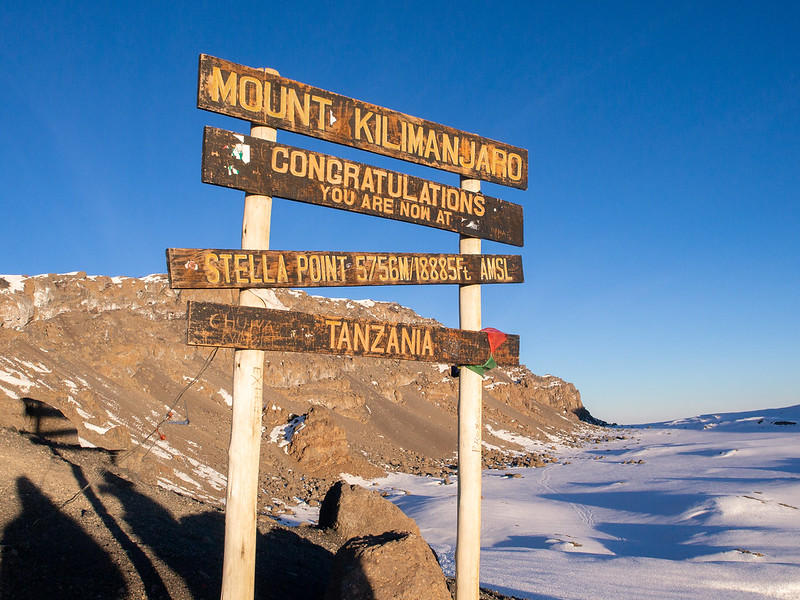