The amazing story of Pastor Reusch, a frozen leopard on Kilimanjaro that inspired Ernest Hemingway

The amazing story of Pastor Reusch, a frozen leopard on Kilimanjaro that inspired Ernest Hemingway

Here is an amazing story about a certain pastor called Reusch and how the climb that led him to discover a frozen leopard high up the slopes of Kilimanjaro inspired Ernest Hemingway. Hemingway’s insinuation is true, even though the short story is a work of fiction. A “freeze-dried” leopard was in fact found by a Lutheran pastor by the name of Richard Reusch in 1926 at a height of around 18,500 feet along the crater rim of Kibo, the highest sub-peak of the volcano. Reusch had climbed Kilimanjaro several times. The dead animal, which had been lying in wait on a hilltop snowfield for however long, seems about how you’d expect in a photo of the discovery.

With a height of 19,341 feet, Mount Kilimanjaro is the highest peak in Africa. In the first line of his 1936 short story “The Snows of Kilimanjaro,” Ernest Hemingway mentions a leopard carcass that is located close to the mountain’s western top.

Nobody has clarified what the leopard was looking for up there.

A few hundred feet distant, Reusch also discovered the remains of a goat, leading him to believe the leopard died while pursuing it.

The next year, Reusch went back to the twisted mummy and cut off an ear for a memento. The carcass eventually vanished, but with the Hemingway nod, it’s about as immortalized as a popsicle-eating wild animal could be. (The approximate area where the body was found is now known as “Leopard Point” informally.)

Who was Richard Reusch whom Reusch Crater was named after?

Richard Reusch, a pastor. Reusch is a missionary for the Lutheran Church, a former officer in the Cossack army, and a longtime resident in Marangu. He has scaled the peak no fewer than 40 times and there is a crater on Kilimanjaro named after him.

Reusch became the first person to look down into the inner crater, a crater he would later name, during his second ascent of the summit the following year. He also became the first person to gaze into the frozen leopard on the crater rim which would later inspire Hemingway during his first ascent of the summit in 1926. Reusch cut off a piece of the leopard’s ear as a souvenir.

It’s interesting to note that this is not the first occasion that hikers have seen a bizarre-looking leopard carcass in the thin air of an East African volcano.

A more decaying leopard, complete with “skeletal debris, spotted skin, and whiskers,” was discovered in 1997 by scientists investigating Mount Kenya’s shrinking ice fields. The unhappy cat had spent a lot of time in its glassed-over grave after it died; radiocarbon dating estimated the remains to be about 900 years old, give or take.

In the introduction to his book “The Snows of Kilimanjaro,” Ernest Hemingway (1899–1961) wrote:

“Close to the western summit there is the dried and frozen carcass of a leopard. No one has explained what the leopard was seeking at that altitude.”

When Hemingway climbed Kilimanjaro through the western summit, he claimed to have seen this leopard and even claimed to have taken a bit of its ear as a memento. It is debatable whether the leopard was ever present on the mountain because it has long since vanished there.

The leopard may have been hunting an antelope and gotten lost in a storm, or it may have merely been hauled there by an eccentric climber looking for a weird picture opportunity. We shall never know if the leopard actually existed.

Another time, a party of four visitors claimed to have seen a dog close to the peak in 2011. A climber snapped a picture. A Kilimanjaro guide claimed that ten years prior, he had seen the same dog close to the Barranco.

Read about the stray dog that was found on Mount Kilimanjaro 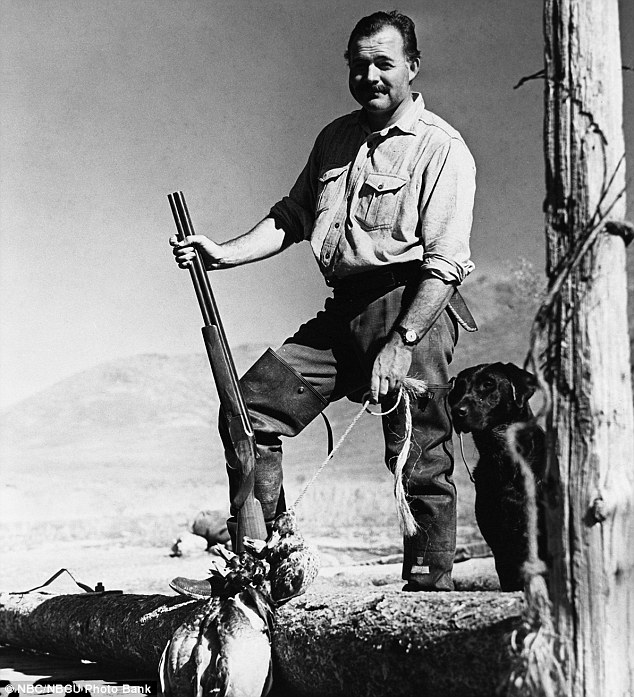 Elephants and a few other species frequently stray toward the mountain due to the neighboring Amboseli National Park (on the Kenyan side of the border), so your chances of seeing them may be even greater if you take the Rongai route.

Read: What animals will you see when climbing Kilimanjaro?

If you’re seeking birds, you can rejoice since they can be found virtually everywhere on the mountain. There are actually so many that we are unable to mention them all here, but there is a handful to keep an eye out for. The white-necked raven, which subsists on tourist waste scattered throughout the numerous campgrounds, is one that will probably end up searching for you. They may appear frightening, but as long as you don’t obstruct their path to food, you won’t have any problems. The silvery-cheeked hornbill, which you can typically locate next to fruit trees, is more interesting. If you’re really fortunate, you could see a malachite sunbird. These little creatures graze near the blooms, where they may be seen.

The males are easy to identify because of their metallic green and black coloration, little scarlet tufts on the sides, and long, thin beaks with a tiny hook at the end (the females look the same, but with brown coloring).

More about birds of Mount Kilimanjaro

Are there leopards on Kilimanjaro today?

Nowadays, seeing large wild animals on Mount Kilimanjaro’s top slopes isn’t quite typical, although leopard sightings do happen sometimes. The high moorlands and desolate alpine barrens of the volcano are where the cats occasionally cruise up from the montane rainforest, according to sightings and footprints.

Are there lions on Mount Kilimanjaro?

You won’t encounter any dangerous predators like lions or leopards while hiking Kilimanjaro! During your ascent, you are more likely to observe Abbott’s Duiker, a shy type of antelope, or different species of monkeys.

Although they are very uncommon, lions have been known to infrequently show out on the Shira plateau. However, your chances of sighting some buffalo may be higher. Along the Rongai route, there is a buffalo carcass that is in good condition.

On Kilimanjaro, lions are far less common, yet they have been spotted up to a height of 14,100 feet. The most amazing discovery was that in 1962, a pack of five African wild dogs—the only non-human creatures ever observed at the top—were discovered there. They were similar to Hemingway’s leopard and appeared to be predisposed to mountaineering.

A safari is strongly advised if wildlife is your main interest. While you shouldn’t anticipate your Kilimanjaro hike to resemble a trip to the zoo, there are opportunities to take pictures of the local animals.

Francys Arsentiev - The Sleeping Beauty of Mount Everest
Reply
[…] who recount that on their climb and they came across Francys in her purple jacket. They noted her frozen body looked like Sleeping Beauty, which later on, the press coined the name sleeping beauty on […]