Was Hans Meyer the first person to climb Mount Kilimanjaro to the summit?

Was Hans Meyer the first person to climb Mount Kilimanjaro to the summit?

Who was Hans Meyer?

Hans Heinrich Josef Meyer was a German geographer and professor from Hildburghausen who lived from March 22, 1858, until July 5, 1929. This is a guy from outside of Africa who was the first to ascend Africa’s Uhuru peak, Kibo peak, successfully. Although he initially attempted to climb Kibo in 1889 and was successful, he first faced the obstacle in 1887. Professor Hans Meyer, a German geographer, attempted to climb Kilimanjaro for the first time in 1887 with the help of Baron Von Eberstein.

The local leader chosen by Chief Marangu to lead Hans is Yohani Kinyala Lauwo. On October 5th, 1889, Lauwo led Hans Meyer and Ludwig Purtscheller to the highest peak in Africa.

The locals have gone on several treks for various reasons, but they never considered making an attempt to climb Kibo peak. One of the causes is that locals lacked the proper hiking equipment for glaciers, snow, and ice. 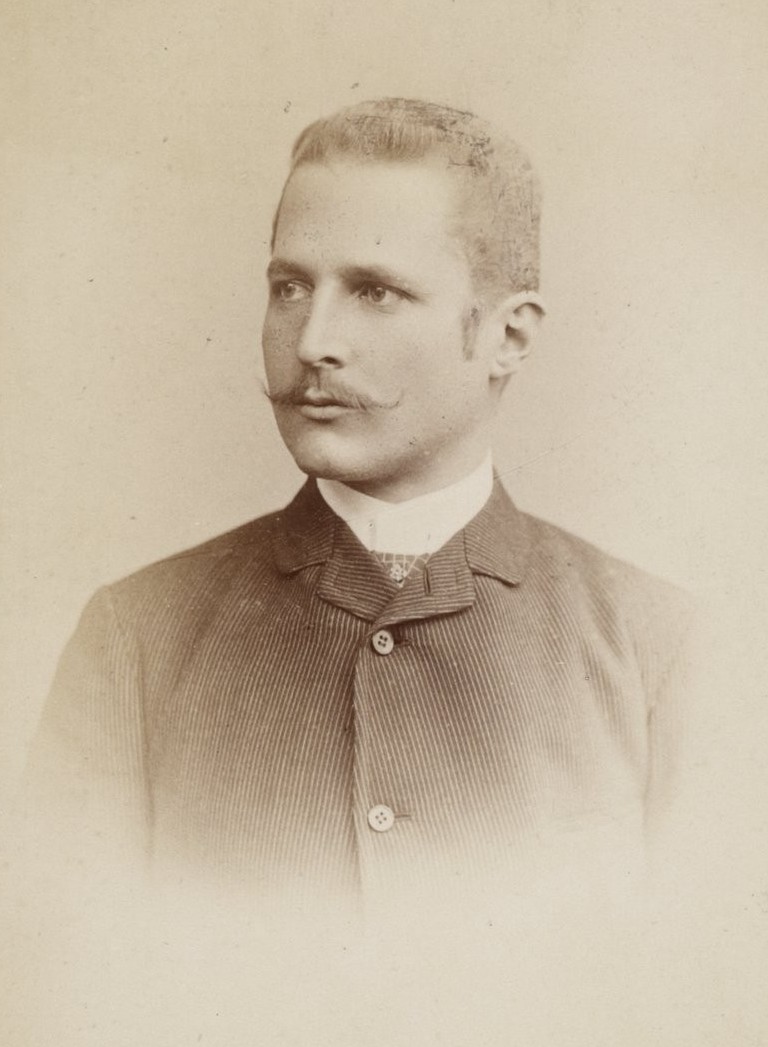 Hans Meyer Cave is named in his honor

Read about the Hans Meyer Cave on Kilimanjaro

After a brief break while trekking from base camp Kibo Hut, stop at Hans Meyer for a lunch. As a result, climbers who use the Marangu and Rongai routes up Mount Kilimanjaro can explore Hans Meyer Cave. A brand-new Kilimanjaro track, the northern circuit route offers hikers the chance to traverse the mountain from west to north while passing via Hans Meyer Cave.

In the foyer of the Kibo Hotel, a sizable black-and-white photograph of Hans Meyer and Yohana Lauwo, his first guide, is displayed. The 35-room hotel has been around for more than 120 years. It was initially constructed by a German family in collaboration with Chief (Mangi) Marealle, a charismatic and strong Chagga chieftain.

No one had ever been interior to account for the enormous mountains that were rumored to exist in northern Tanzania until the 1800s. There has been speculation that Mount Kilimanjaro was the source of the River Nile and a mysterious mountain in Africa.

There is even a memorial to Hans Meyer at Marangu Gate, Kilimanjaro.

Hans Meyer made his first attempt to climb Kilimanjaro in 1887

Hans Meyer and Herr von Eberstein attempted to climb the peak for the first time in 1887, but they were unsuccessful at 18,400 feet (Meyer 1891, p. viii). He made his journey to the Usambara Mountains in 1888, but he did not get any further inland than Gonja in Tanzania, which is located at the eastern base of the South Pare Mountains.

The First Ascent of Kibo, Kilimanjaro in 1889

Professor Hans Meyer, a German geographer, undertook his initial ascent of Kibo in 1887. Meyer, who was accompanied by Baron Von Eberstein, was ultimately overcome by 30 m-high ice barriers, heavy snowfall, and his partner’s altitude sickness.

Meyer calculated that the ice walls dipped to a height of around 5,500 meters the next day from the safety of The Saddle. The whole mountain was covered in ice, and it was clear that getting to the summit would require significant ice climbing.

Meyer returned the next year after an unsuccessful trip in 1888 with the renowned alpinist Ludwig Purtscheller and a well-organized support crew who were keen to reach the summit.

The climbers arrived equipped with cutting-edge gear, and they set up a base camp on the moorland from which porters transported new food supplies from Marangu. The two climbers decided that the best chance of success rested in conquering the less difficult inclination of the mountain’s southeastern slope because they were daunted by the steep ice cliffs of the northern crater rim and the large ice flows to the south. The two climbers left their advance camp at 4300 meters around 01:00 and arrived at the glacier’s lower slopes at roughly 10:00. The glacier was neither as high nor as steep as the cliffs Meyer had encountered on his first attempt, but ice stairs had to be carved because the glacier’s gradient never dropped below 35 degrees.

The climbers made slow progress, but after two hours they reached the glacier’s uppermost reaches, where the inclination was lessened. The climbers finally arrived at the crater rim with the top in view after another two hours of grueling hiking in waist-high snow and across extensively aged ice channels. After three days, they returned to the advance camp to attempt again since they were out of time and energy and the peak was still 150 meters above them. The previously carved ice steps had maintained their form, and the route was this time well indicated. The crater rim was reached in 6 hours, and Meyer became the first person to step foot on the highest point in Africa at precisely 10.30 a.m.

Meyer did, however, become the first person to climb Kilimanjaro on his third try, in 1889. Meyer was undoubtedly a skilled and motivated climber, but a great part of his success may be due to his understanding that the main barrier to a successful attack was the scarcity of food at the summit. Meyer overcame this by setting up camps along the path he had chosen for his attempt, including Abbott’s camp at 12,980 feet (3894 meters), Kibo camp at 14,210 feet (4263 meters), and a tiny encampment beside a lava cave and just below the glacier line at 15,260 feet (4578m).

Meyer was able to make several attempts on the summit because of these intermediate camps; rather than returning to the base of Kili to resupply after each effort, food was regularly delivered to the camps by the porters.

Then there was the snow and ice, which were far more common on Mount Kilimanjaro in the late 1800s than they are now. Meyer really had to go through snow for the whole of the day over 4500 meters. (In contrast, his ascent of Kibo from the Saddle is comparable to the Marangu Route used today, and there is typically no snow on the trail right now until the top.)

Hans Meyer, the first person to reach the top of Kilimanjaro, is remembered here. Meyer’s profile is depicted in relief on the memorial, and above it is inscribed in bold yellow letters.

In his book Across East African Glaciers, Meyer does a good job of describing the additional challenges brought on by the snow. Meyer and Purtscheller spent most of the morning chiseling a ladder out of a vertical ice cliff before getting up at 2.30 am for their first attempt on the peak. Each stair was painstakingly hewn with an average of twenty ice axe strikes. (The cliff, incidentally, was a component of the Ratzel Glacier, which Meyer named in honor of a geography professor in Leipzig, where he was born.)

Read some of the mind-blowing facts about Mount Kilimanjaro

The result was that the light was rapidly disappearing by the time they arrived at the eastern rim of the crater. They had to turn around before they could go to the lip’s highest point because of the impending bad weather on Kilimanjaro.

However, three days later, on October 6, 1889, they had luck with their second effort. The initial ascent’s steps were still standing in the ice. So, by mid-morning, they had managed to reach the eastern side of the rim. The three minor tumescences located on the upper, southern rim of the crater were easily accessible from there by a short march. It turned out that the middle one was also the mountain’s highest peak.

At last, Kilimanjaro had been successfully climbed. 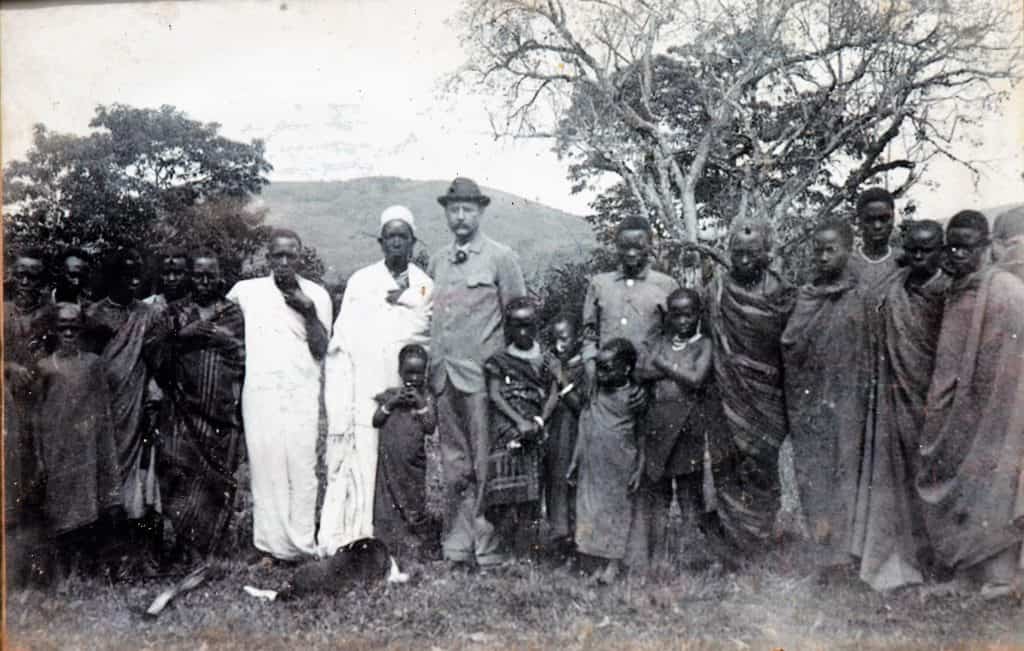 Who was in the company of Hans Meyer when the summited Kilimanjaro?

He also brought along a sizable support group, which included his climbing partner Herr Ludwig Purtscheller, a Salzburg-based gymnastics instructor and alpine expert, as well as two local headmen including Yohani Kinyala Lauwo, nine porters, three locals who would serve as supervisors, one cook, and a guide provided by the region’s chief, Mareale, whom he had gotten to know during his first visit. These men would assist in moving the necessary supplies and staffing the camps, which would all be subject to Meyer’s rigid code of conduct, which stipulated that small infractions would result in 10 lashings and major offenses in twenty.

The quantity of Meyer’s entourage, though, shouldn’t diminish the significance of his accomplishment.

Along the route, in addition to the typical challenges of climbing Kilimanjaro, Meyer faced additional challenges. Many of his companions left him. There was no obvious route to follow. They were forced to avoid elephant traps (large pits dug by locals and concealed by ferns to trap the unwary pachyderm). In addition, Mandara, the ugly and predatory chief of Moshi, was present.

Furthermore, it’s important to remember that Meyer did not start his hike up the mountain like today’s visitors do. He began in Mombasa instead. Meyer estimates that it will take 14 days to walk there from Taveta, a small town near Kilimanjaro.

Related: The first woman to climb Kilimanjaro to the summit.