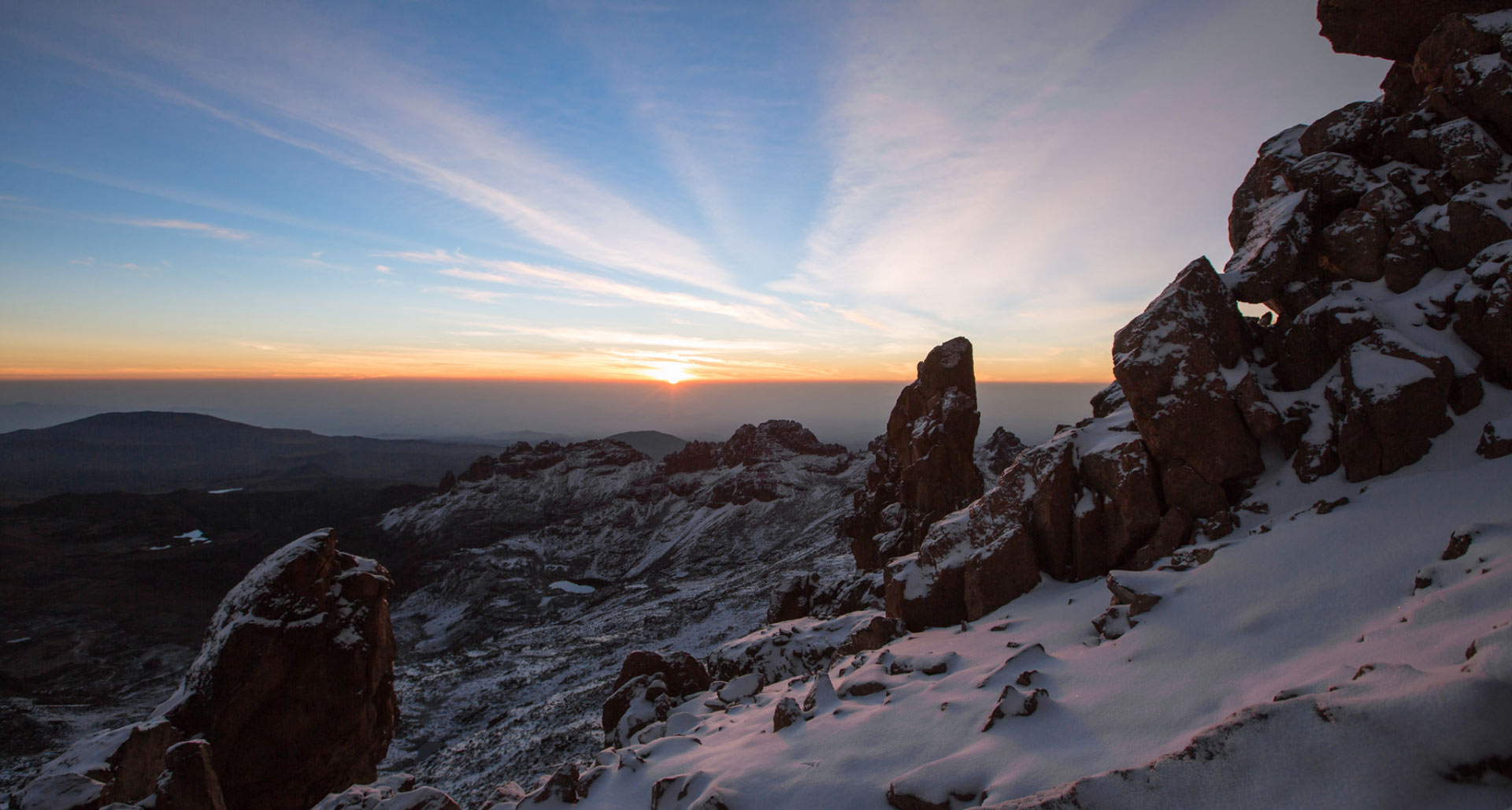 The Burguret route, which is not far from the Naro Moru path, approaches from the west. It is not much-used and lacks a definite trail that can be followed in the same manner as the others above can, as well as huts and other amenities. There is also no KWS Park Gate, thus previous arrangements with the rangers must be made, and money and receipts must be collected at another gate. Unless another party has just passed through, the bottom stretch through the bamboo forest is likely to need ‘route-finding’ by the guides.

This means that until you get out onto the moorlands and the first typical camping spot at Kampi Ya Machengeni, the exact path you follow will change from time to time (3000m). The second stage is simpler in terms of route finding because the ground is more open; yet, it is once again a case of constructing a path rather than following one up to the next typical camp at Highland Castle, 3700m. The path continues up the ridge through dwindling foliage to Hut Tarn, where it meets the summit circuit. The most direct route to Point Lenana from here is through MacKinders Hut or Austrian Hut, while MacKinders Hut or Austrian Hut are the closest.

Due to the extra difficulty of route finding and lack of amenities, the Burguret route is rarely well utilized. However, for other people, the lack of development and the possibility of being the only party on the route adds to the appeal. Furthermore, when Felice Benuzzi, Giovanni Balletto, and Vincenzo Barsotti escaped from the British PoW Camp at Nanyuki in 1943, they climbed the mountain via a route remarkably similar to this. ‘No Picnic on Mount Kenya,’ by Benuzzi, is a great description of the tale.

The trail begins at Mountain Rock Hotel and continues through the forest beyond Gathiuru Forest Station to an ambiguous road head at the plantation’s conclusion — a distance of 2,500 meters. From here, the route extends 2,600 meters to elephant camp. The route winds its way through tropical rainforest until it reaches the more open Hagenia –Hypericum Zone 2860m, and then the Heath Zone, from where you can see the summits plainly. After passing through the castle, we come upon a nice campsite called ‘kampi ya farasi,’ where we set up our tents for the night.
The route turns left from ‘kampi ya farasi’ and rises steeply out of the valley. The ridge turns right again, and you may go around the hill on rough ground.

The route then turns left and descends to Shipton’s Camp through the Hausberg Col and Oblong Tarn (4,200m).

This is a good choice if you’re searching for a more difficult, nature adventure.

The Burguret trail has only just been recovered from the surrounding forest, thus the pathways are overgrown and there are few other walkers.

After that, take the Chogoria way down the mountain.

The Kenya Wildlife Service requires special authorization for these less-traveled routes, so check with your tour operator to see whether the costs are included in your quote: 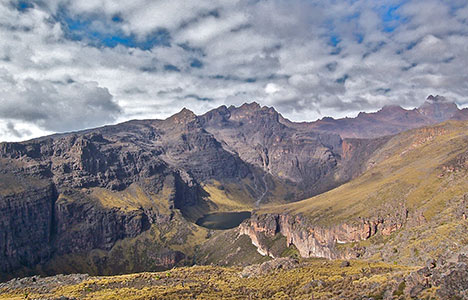 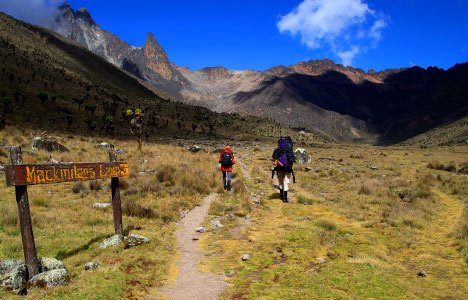 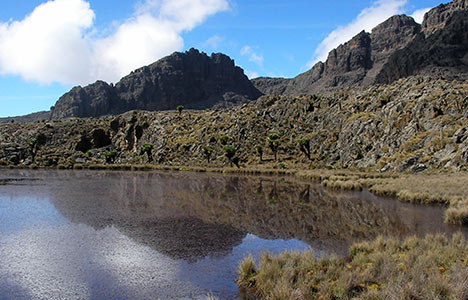 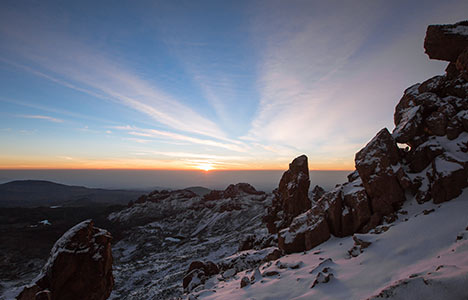 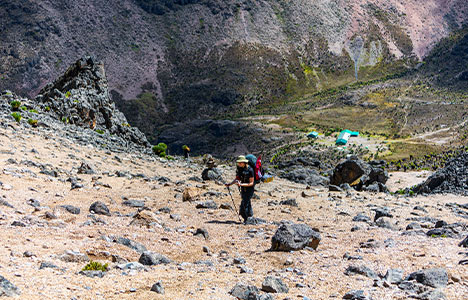 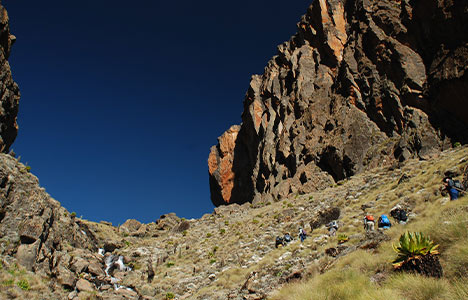 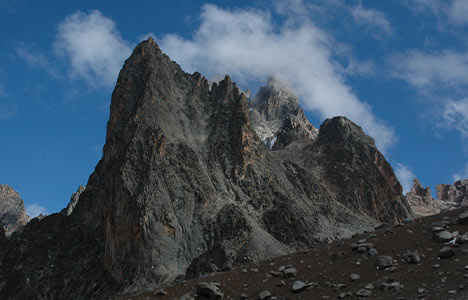 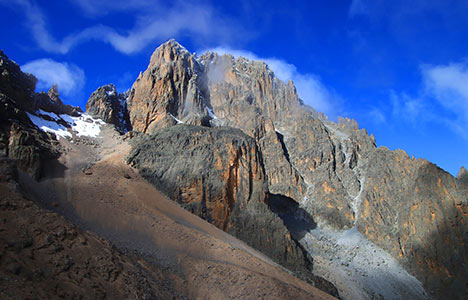 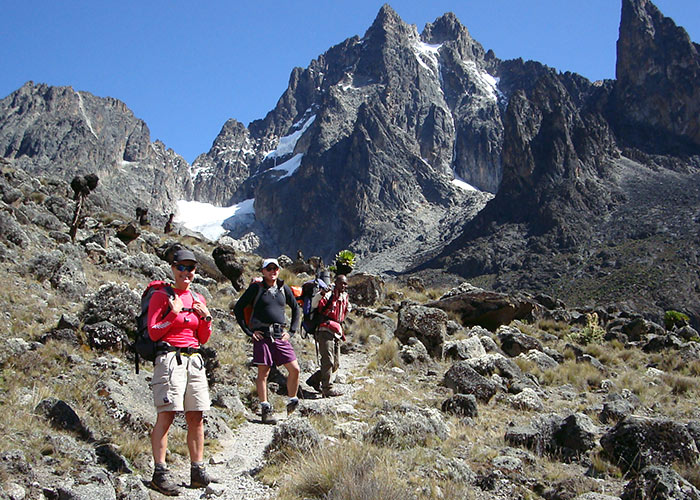 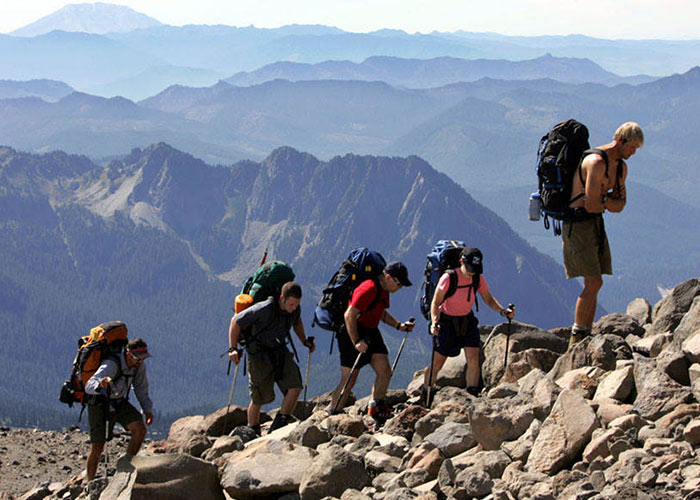 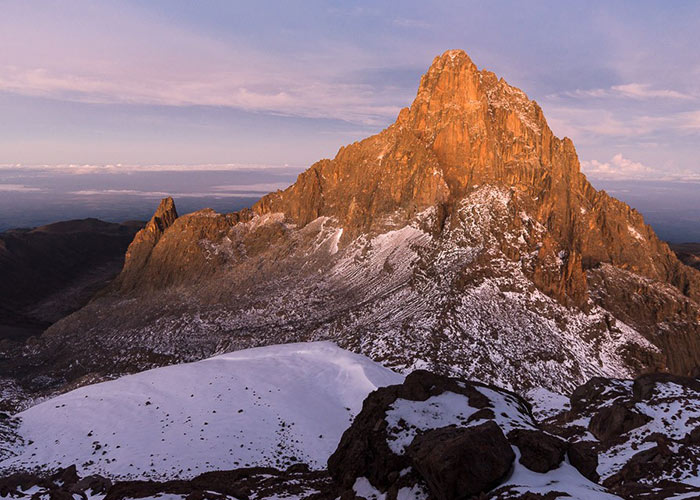 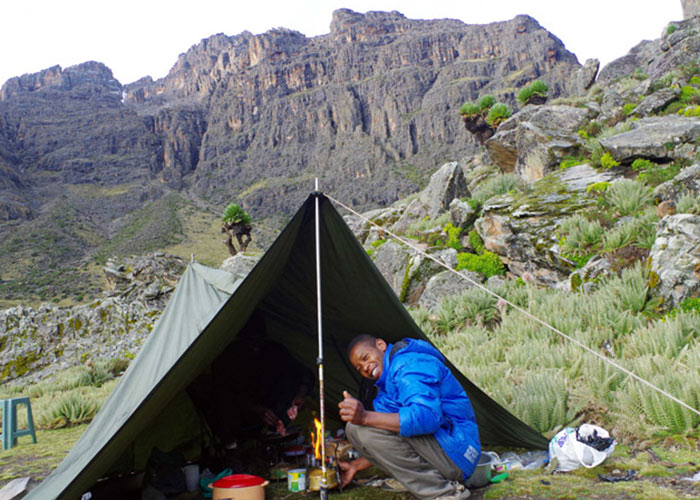 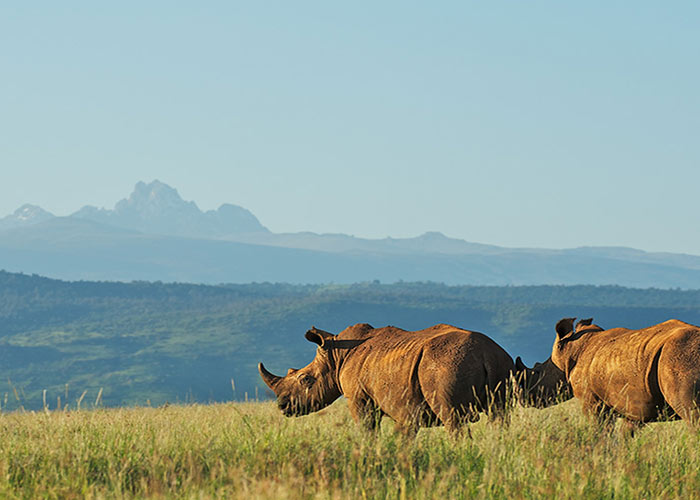 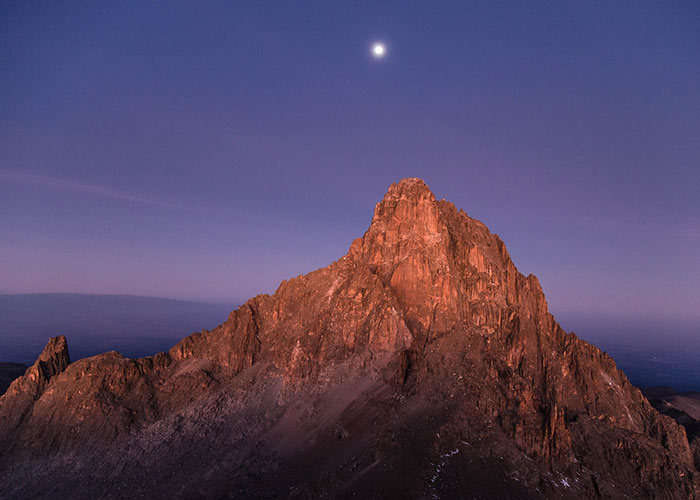 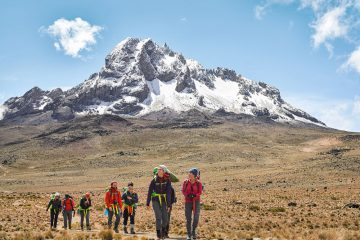 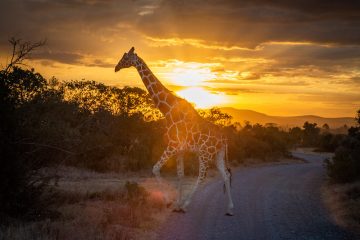 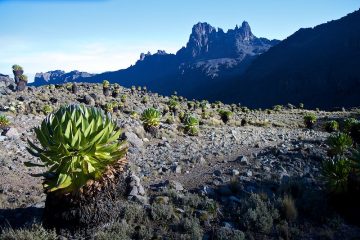 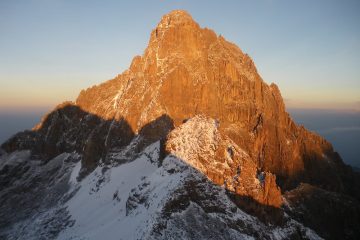 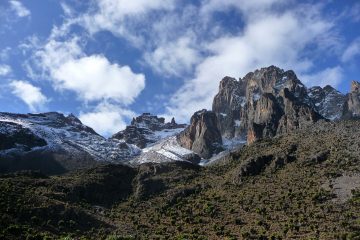 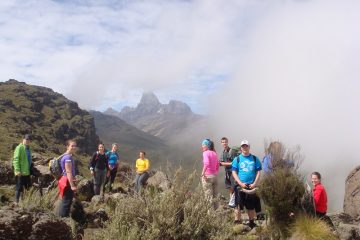