Top 5 most scenic and beautiful routes on Kilimanjaro

Top 5 most scenic and beautiful routes on Kilimanjaro

Climbing the beautiful Mount Kilimanjaro is one of the highlights of any trip to Africa and Tanzania in particular. Not everyone will be able to realize their dream of ascending Mount Kilimanjaro and reaching the roof of Africa. However, from these spectacular Kilimanjaro perspectives, you can still see the entire magnificent 5,895 meters of the peak. Surprisingly, the journey to Uhuru Peak is not the only spot to see the mountain at its best. Instead, some of these trekking routes that let you experience Kilimanjaro’s stunning attractions offer the best vistas.

Check out the top attractions on Mount Kilimanjaro

Monotony brings on boredom, the secret to choosing a scenic route is getting a route that does not use the same trail to go up and down the mountain. That is just one of the aspects of choosing a scenic route, exploring different surroundings and angles of the mountain. Then there is the aspect of the features and attractions found along the route. Taking Lemosho for example, this route goes through some of the most beautiful and natural attractions and formations along the way.

Read: Is Lemosho the most beautiful route on Mount Kilimanjaro?

Apart from the Lemosho route, the other scenic routes on the mountain include the Northern Circuit route and the Machame route. This is mainly because they use different trails to climb to the summits and then take a totally different route to descend, the Mweka Route.

The beauty of Kilimanjaro

Mount Kilimanjaro’s beauty is unmatched, one of the reasons that make the whole challenge worth it. In the end, after all the hard work you put in, you get to look back and cherish the moments you spent on the trails. Every single step comes with scenic views and as you traverse the different ecological zones on the mountain, you meet different terrains, different angles of the mountain, different climates, and different vegetation. If that is not enough, you get rewarded with stunning sunrise at Stella Point on your way to the summit.

Below are what in our opinion feel like they are the most scenic routes on Mount Kilimanjaro, that will reward you with beautiful views of the mountain.

It is one of the most beautiful pathways on Kilimanjaro, providing panoramic views on all sides of the mountain. Due to its ideal blend of few crowds, stunning landscape, and a high Kilimanjaro Success Rate, this Kilimanjaro Route soon gained prominence.

The Lemosho Route provides a variety of options. Enjoy the first several days in the forest, taking in the breathtaking nature and vistas. Not only that, but the Lemosho path permits camping at sites that offer some of Mount Kilimanjaro’s spectacular sunrises and sunsets. This ascent can be completed in seven or eight days. According to our knowledge and experience, 8 days on Lemosho Route are best for acclimatization. 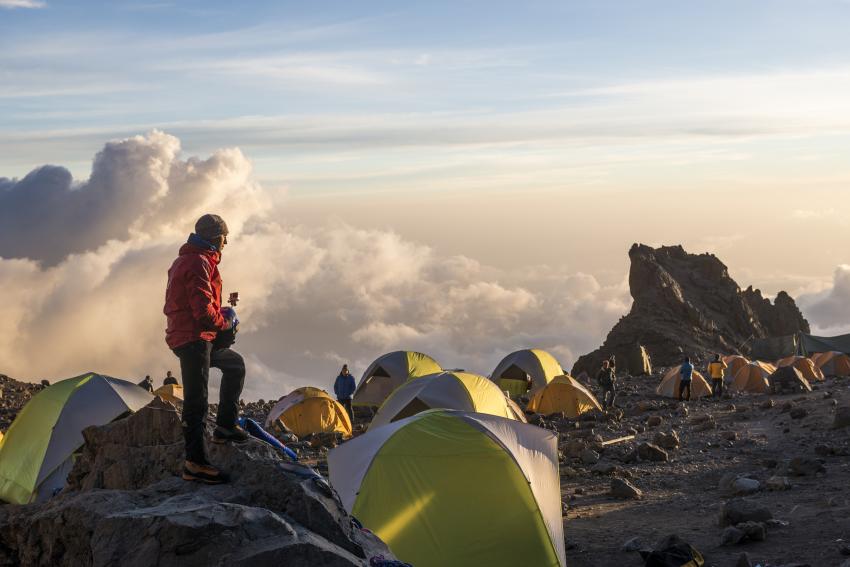 The newest and most thrilling path up Mount Kilimanjaro is called the Northern Circuit. Starting out on the Lemosho path, the trek ascends Kilimanjaro from the west. The Northern Circuit circumnavigates the peak by going around the peaceful, infrequently used northern slopes rather than taking the southern traverse like all other west-approaching routes.

The longest route in terms of time and distance traveled is the nine-day ascent on the Northern Circuit. The highest success rates for all routes on Mount Kilimanjaro are achieved during the days spent at or near 13,000 feet because of the excellent acclimatization opportunities.

The Northern Circuit path is unquestionably one of the best routes on Kilimanjaro, boasting a high success rate, incredibly varied scenery, and a very small number of tourists. 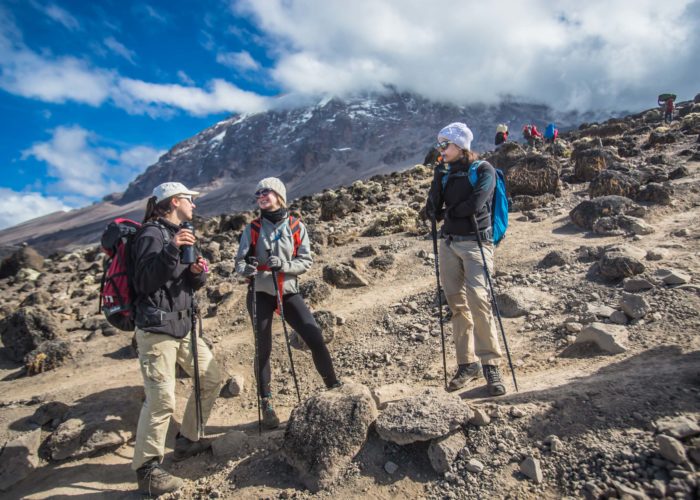 Crater Camp (18,800 feet/5,750 m), a seldom used campground, is located just below the summit. Due of its proximity to Reusch Crater (19,140 ft/5,800 m), the source of Kilimanjaro, the camp is known as Crater Camp. Furtwangler Glacier, one of Kilimanjaro’s final glaciers, is very close to the campsite. Crater Camp lodging allows climbers the chance to ascend to the crater rim and get up close to the glaciers.

It is possible to use Crater Camp the night before or, ideally, after a summit attempt. On the 9-day Lemosho route and 10-day Northern Circuit route, Tranquil Kilimanjaro offers private climbs using Crater Camp. 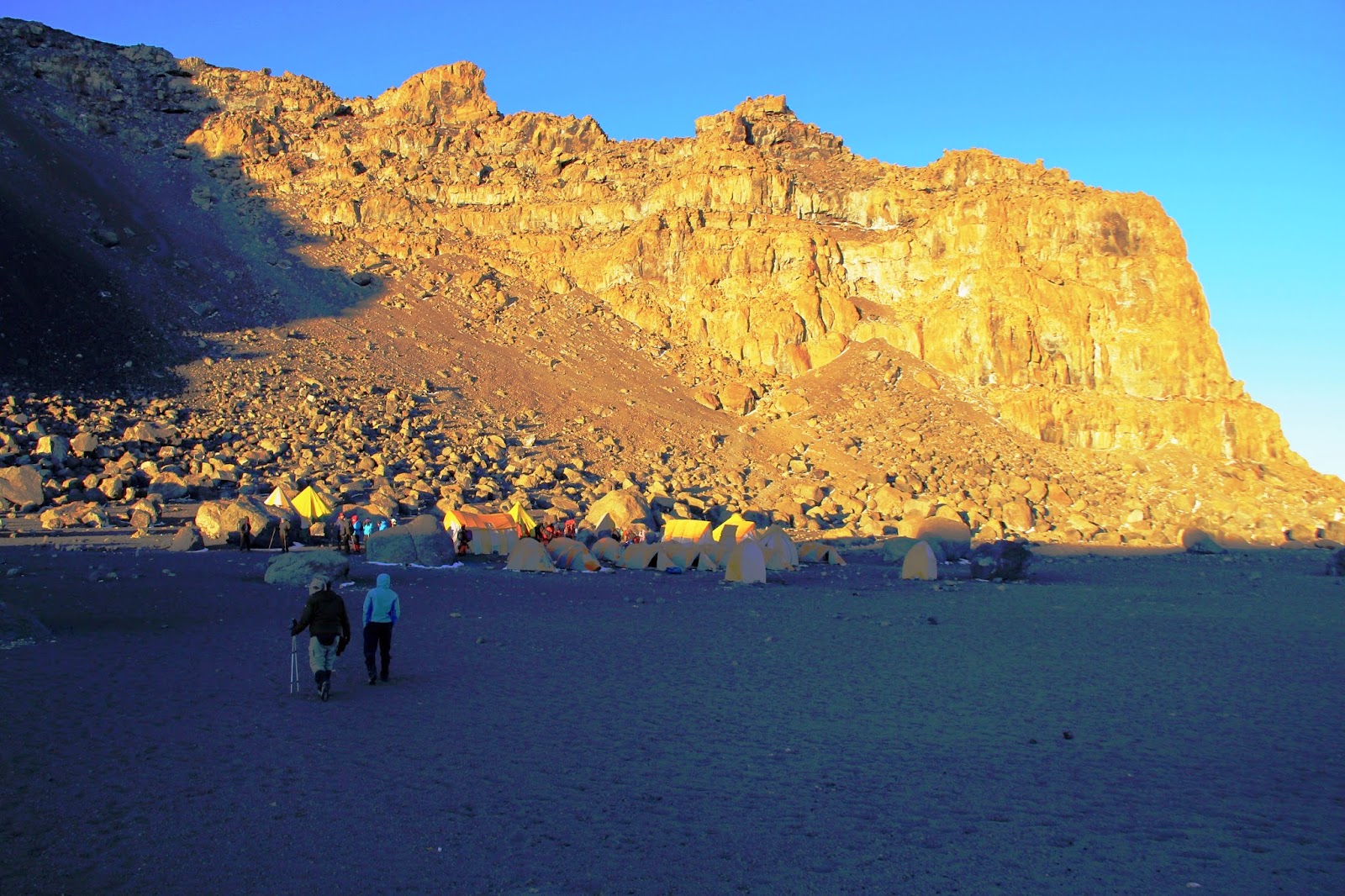 The Machame trail offers stunning and interesting scenery. However, it loses some of its magnificence as a result of the large number of people plying the route.

The Machame route, sometimes known as the “Whiskey” route, is currently the most well-liked route on the mountain. On Machame, the days are longer and the hikes are more strenuous than on Marangu trail. Given its reputation as a challenging route, the Machame route is best left to the more daring and experienced hikers and backpackers.

The climb starts from the south and then turns east, passing through the southern ice field of Kilimanjaro before reaching the summit. Six days is the bare least needed for this route, while seven days is advised. 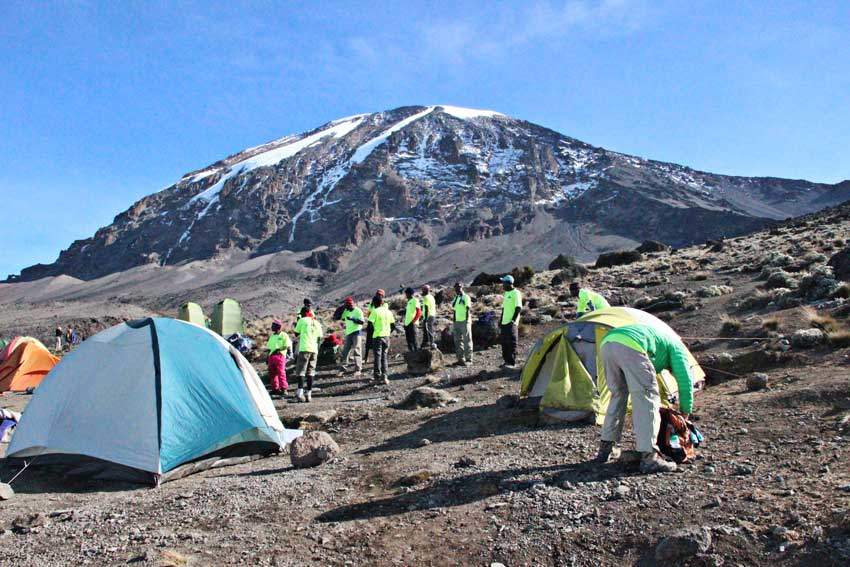 The only path that approaches Kilimanjaro from the north and is close to the Kenyan border is the Rongai route. Despite growing in prominence with climbers, Rongai Route itself is not very busy. It is the recommended route for climbers who want a less congested alternative to the busy Marangu route, who want a more remote walk, and who are doing it during the rainy season (the north side receives less precipitation).

Six days is the bare minimum needed for this trek, while seven days is advised.

Rongai makes up for the lack of variety in the scenery by traveling through genuine wilderness areas for days before connecting to the Marangu route at Kibo camp.

The Marangu route is used to descend on this route. The moderately challenging Rongai route comes highly recommended, especially for individuals with little to no prior backpacking experience. 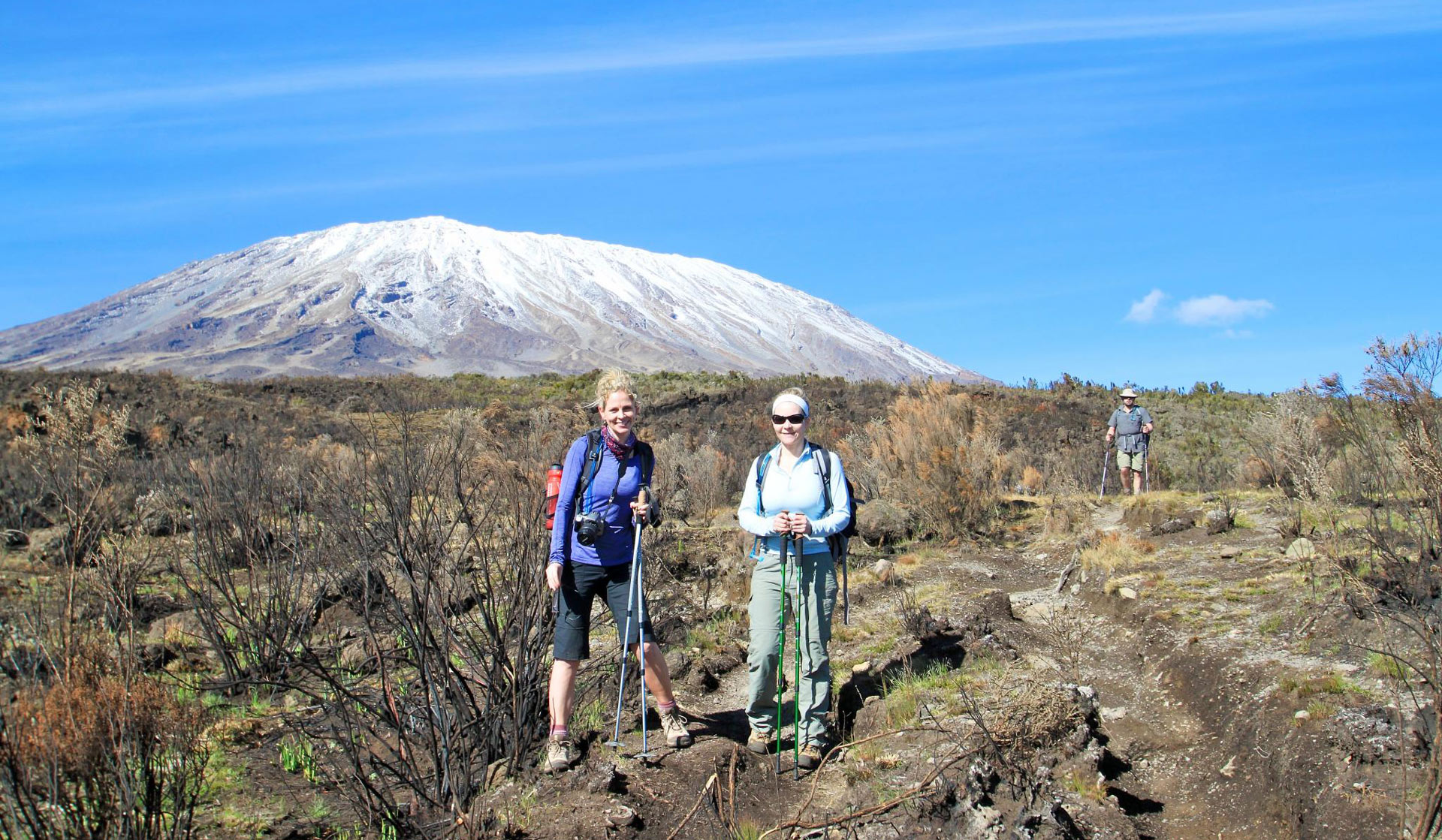