Below is a detailed list of the top 15 important Mount Kilimanjaro attractions, including Uhuru Peak, Furtwangler glacier, Barranco Wall, Lava Tower etc. It offers a revitalizing view of the mountain, as well as untamed areas, unique vegetation, glaciers, and various summits points like Gilman’s Point and Stella point, each of which has its own distinct natural beauty and magnetic allure.

The most popular hiking and touring activity in Tanzania and throughout all of Africa is climbing Mount Kilimanjaro. It consistently occupies one of the top 10 spots on the Best Sellers List.

Additionally, the Chagga population lived there and contributed their own customs, rites, and lifestyle to the region’s attractiveness.

In addition to Mount Kilimanjaro, which is the highest mountain in Africa, the area is filled with unique sights and venues that captivate all of its tourists. It is a comprehensive bundle that gives you a complete look into Tanzania.

The Serengeti, Tarangire, Lake Manyara, and Arusha national parks, as well as other well-known safari locations in Tanzania, are all located under Mount Kilimanjaro’s shadow. It is both the highest peak in Africa and the tallest free-standing mountain in the world. Every traveler’s goal is to summit Mount Kilimanjaro because it provides lifelong memories and access to some of Africa’s most breathtaking scenery.

Even while Mount Kilimanjaro is most renowned for its tall peaks, the area also contains a wealth of other natural wonders that draw thousands of tourists each year. Here are the top 10 attractions on Mount Kilimanjaro, where there is a lot to see and do.

Other Interesting places to see on Mount Kilimanjaro

There is no shortage of breathtaking scenery to see when you visit Tanzania to climb Mount Kilimanjaro. From the trailhead to the summit of Kilimanjaro, the ascent rises from 6,000 feet to 19,340 feet, passes through five natural zones, and provides many breathtaking sights. 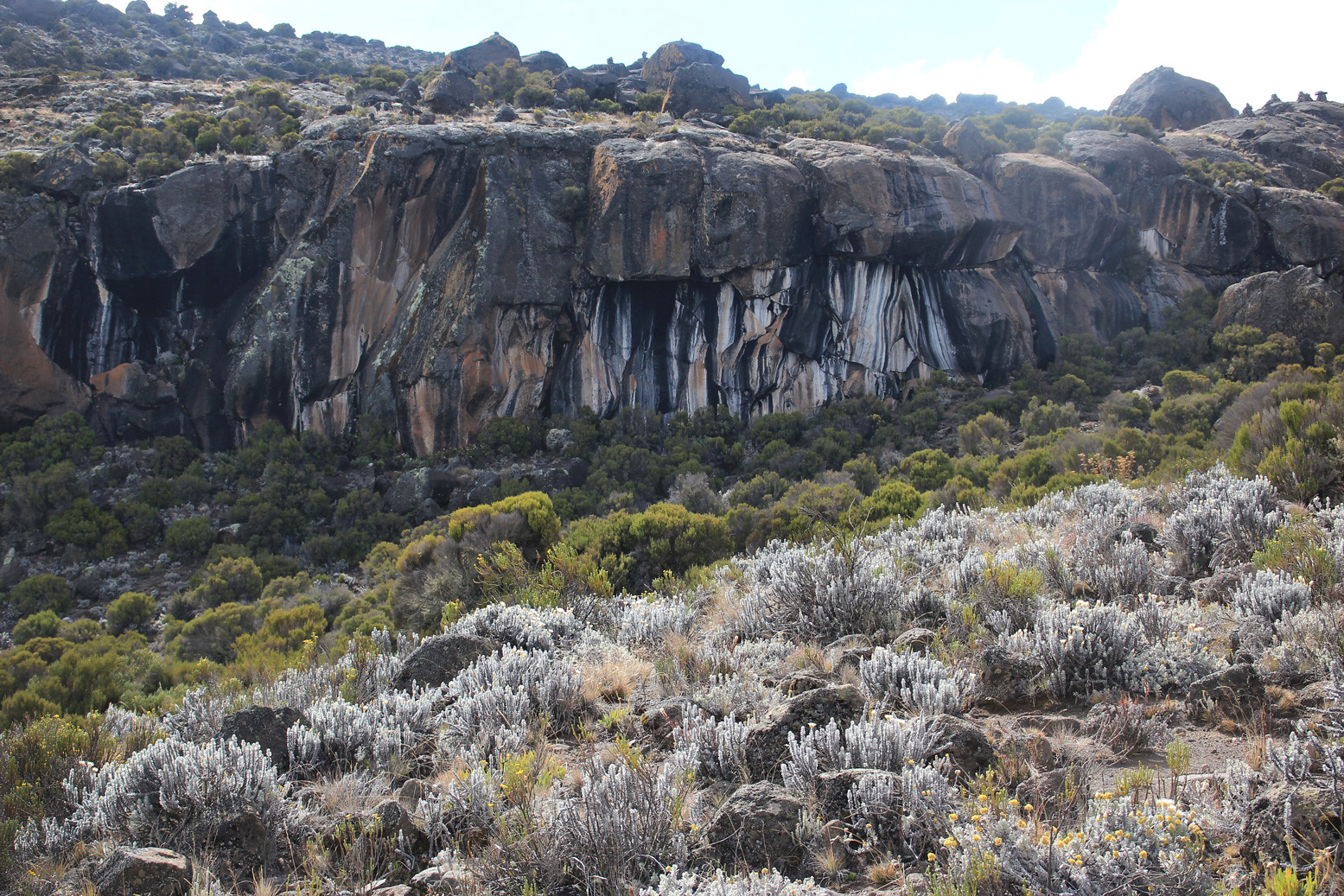 These are a group of huge volcanic boulders on Mount Kilimanjaro that have stripes resembling those of the zebra.

They were produced when mineral-rich rainwater ran down on the rocks, partially rendering them white or black in certain areas. They are primarily lava cliffs.

On an acclimatization trek, the rocks serve as the destination.

On the six-day Marangu route, climbers have the choice of hiking to the rocks to acclimate to the high altitude before returning to the Horombo huts.

While others on the longer, 5-day journey go on to the Kibo huts on day 3.

Read more about the Zebra Rocks

The plane crash site on Kilimanjaro

Four passengers and the pilot were aboard a light passenger plane with Kenyan registration numbers when it crashed on Mount Kilimanjaro at a height of 14,200 feet in November 2008. On the peak in the saddle separating Uhuru and Mawenzi, the wreckage is still there.

Kilimanjaro is an impressive peak in and of itself, being the tallest in Africa. Kilimanjaro is particularly noteworthy as an incubator for isolated, mutant, or unusual species found nearly nowhere else because it is a free-standing mountain whose climatic zones gradually diverge from the terrain at ground level as you rise.

The huge groundsel variety Dendrosenecio kilimanjari is one of those species that stands out the most.
Only on Kilimanjaro and only at 14,000 feet can one find these strange-looking plants, which resemble a cross between a burned-up cactus and a pineapple. Related but equally isolated sub-varieties of enormous groundsel can also “only be found” on a few other East African mountains.

The plants have developed nyctinastic leaf movement, which causes the leaves to close when the temperature drops too low, a natural “anti-freeze,” and self-insulation through withered and dead foliage in order to survive in such a harsh environment, where temperatures routinely drop below freezing overnight (part of the reason the groundsels look so strange).

On Kilimanjaro and other East African highlands, evolution is really the name of the game for huge groundsels. Although no two species are precisely same, it is thought that they all descended from common groundsel roughly a million years ago and gradually ascended the slopes through the gradual process of windborne seed dispersal.

TranquilKilimanjaro
Previous postLemosho vs Marangu Route comparing the newer and the older routes on Kilimanjaro
Next post7 Indians Host Tricolour On Mt. Kilimanjaro in Tanzania

After the 2022 Wold Cup finals in Qatar, why not visit Tanzania for Kilimanjaro hikes and other top safaris
Reply
[…] Read about the top attractions on Mount Kilimanjaro. […]